General Electric Shares Have Plunged; Is it Time to Buy?

By Pragya Pandey May 13, 2022
This story originally appeared on StockNews

General Electric's (GE) stock plunged nearly 12% in price after the company released its first-quarter earnings report. The company provided a weak outlook for the coming quarters, raising investors' concerns about its prospects. However, given rebounding aviation demand, is it worth betting on the stock now? Read on to learn what we think.

Boston-based General Electric Company (GE) is a high-tech industrial company that operates in four segments: Power; Renewable Energy; Aviation; and Capital. After reporting good quarterly growth for its jet-engine unit as commercial flight traffic returns from a pandemic-driven slump, GE cautioned that supply-chain disruption would pressure its operations this year.

On a conference call, company executives stated that they expect these challenges to persist into the second quarter. They anticipate that GE's adjusted free cash flow, a crucial indicator of profitability, will be negative in the second quarter but will be better than the negative $880 million reported in the first. 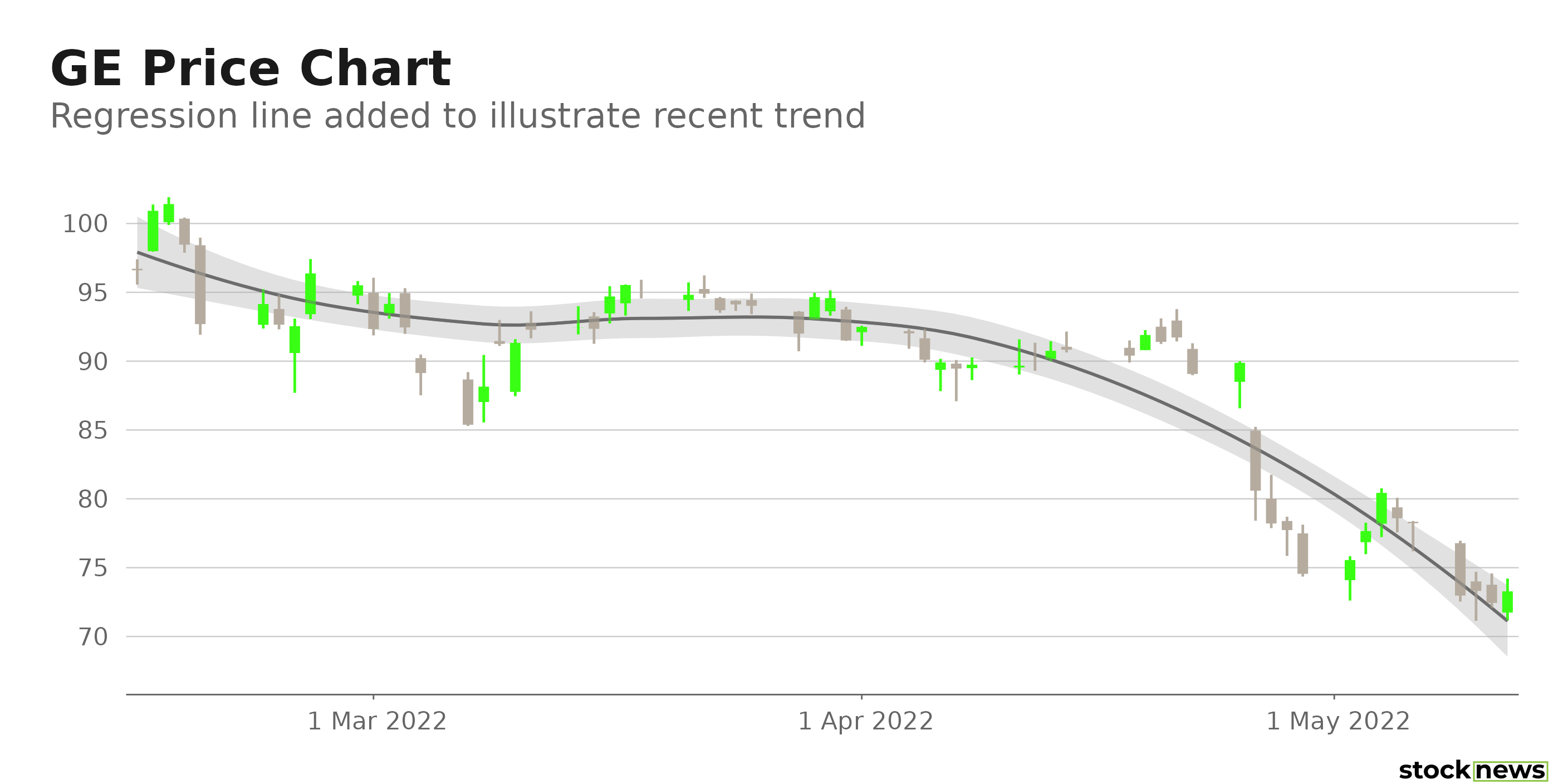 Here is what could shape GE's performance in the near term:

A dye shortage for medical scans made in China by General Electric's healthcare unit is affecting regions other than the United States, with a German hospital warning of a supply constraint. According to a spokesperson for GE Healthcare, the weeks-long outage at the company's Shanghai production plant caused by the city's COVID-19 shutdown is hurting U.S. hospitals and other international locations, though to a lesser extent. This could impact the company's revenue growth and pose significant operational challenges.

GE has an overall C rating, which equates to a Neutral in our proprietary POWR Ratings system. The POWR ratings are calculated by considering 118 distinct factors, with each factor weighted to an optimal degree.

Our proprietary rating system also evaluates each stock based on eight distinct categories. GE has a C grade for Quality. The company's mixed profitability and financials are consistent with the Quality grade.

Among the 37 stocks in the B-rated Industrial – Manufacturing industry, GE is ranked #21.

Beyond what I have stated above, you can view GE ratings for Growth, Momentum, Stability, Value, and Sentiment here.

GE provided a conservative prognosis for 2022 after surpassing quarterly sales and profit expectations while falling short on free cash flow. Though the company expects aviation demand to remain strong, its weak outlook for the coming quarters is concerning. In addition, the stock is currently trading below its 50-day and 200-day moving averages of $87.76 and $97.38, respectively, indicating bearish sentiment. So, we believe investors should wait for its prospects to stabilize before betting on the stock.

How Does General Electric Company (GE) Stack Up Against its Peers?

While GE has an overall C rating, one might want to consider its industry peers, Hillenbrand Inc (HI), Vishay Precision Group Inc. (VPG), and Core Molding Technologies Inc. (CMT), which have an overall A (Strong Buy) rating.

The post General Electric Shares Have Plunged; Is it Time to Buy? appeared first on StockNews.com