Facebook today introduced Messenger Rooms, a competitor to Zoom's videoconferencing service, which will let you host video gatherings with friends simply by sharing a link.

On desktop devices, a Messenger Room session will be able to show up to 16 participants simultaneously in a Zoom-like grid. On mobile, the number drops to eight. However, Facebook says it's also developing the new product to hold up to 50 people with no time limit. 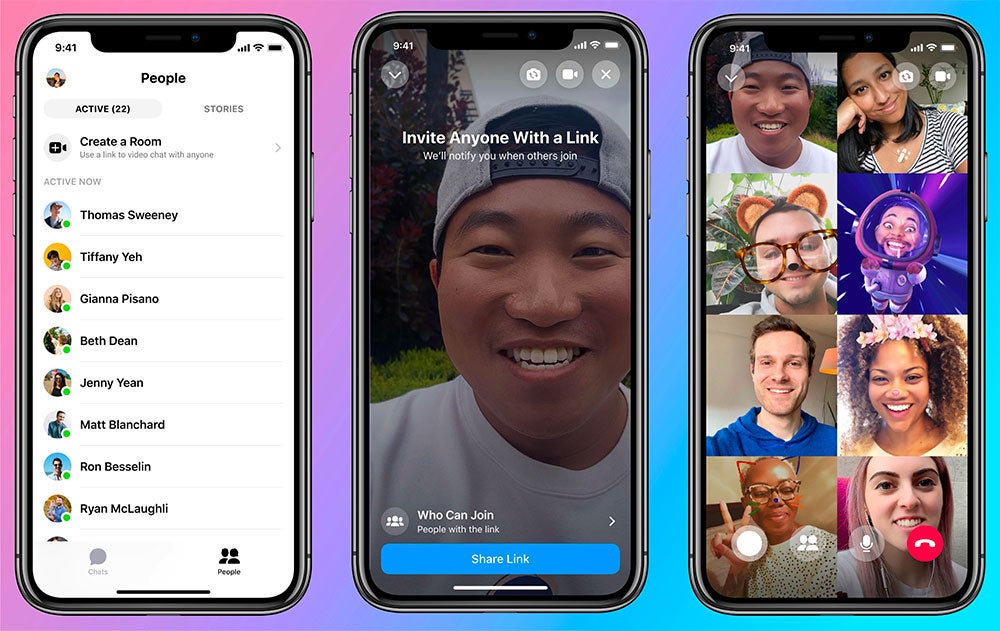 "You don't need to schedule time upfront, like you typically need to for a meeting at work," Zuckerberg said. Instead, you can create a room, and open it all to your friends. The social network will then prominently display your Messenger Room on the top of your friends' Facebook News Feed, making it easy for them to join in.

"I've really enjoyed testing this," Zuckerberg said, while adding: "There are times when my close friends will just drop into a room at the same time, and that'll be just this neat, serendipitous, spontaneous interaction."

The company is also bringing the feature to Facebook groups, making it a handy way to schedule get-togethers for book clubs, yoga sessions and other activities. 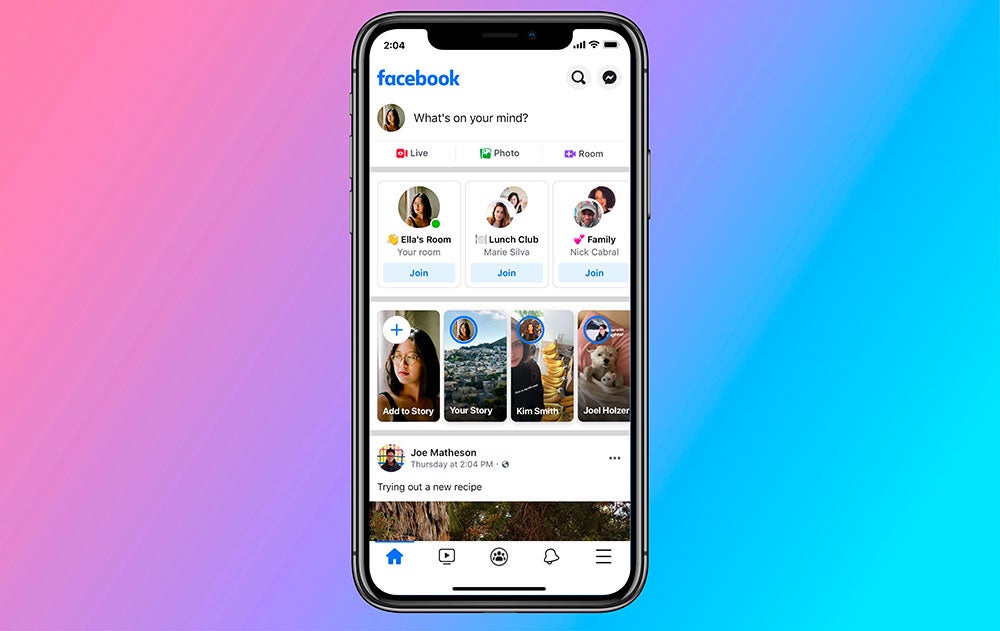 Facebook plans on displaying active Messenger Rooms above the Stories panel in your News Feed. However, the company is fully aware you might only want certain people to join your video sessions, and not annoying family members or friends. So expect your Messenger Room to only be promoted to people you actually interact with on Facebook.

You'll also be able to configure your room with various privacy settings. "The person who creates the room controls the settings for who can join, how easy a room is to find and whether to enable or share a link," the company says in a page devoted to discussing Messenger Rooms' privacy approach. 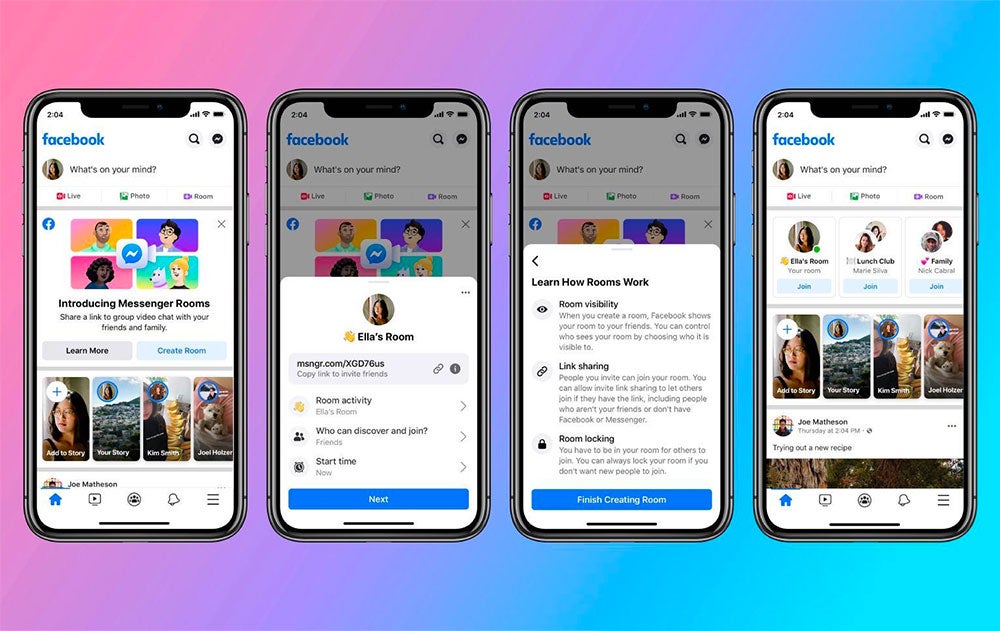 Configuring the settings on a Room session.

Other controls include options to lock a room once a call begins, remove or block participants, and the ability to report a room for violating Facebook's policies.

Although Messenger Rooms is not end-to-end encrypted, Facebook says: "Regardless of whether you use Rooms through your Facebook account or join as a guest, we don't watch or listen to your audio or video calls."

"If you are not logged in to Facebook, we limit the information we ask you to provide when you join a room. We just ask for a name, which will be shown to help other guests and the room creator identify you in a call," the company added.

It also points out that no ads will be shown during Messenger Room sessions. However, Facebook says it will collect some information from your computer whenever you join a session, regardless of whether you're a registered Facebook user or not. "We use this data for a variety of purposes, including to provide and improve the Rooms product experience and to help keep Rooms safe and secure," the social network added.

Facebook is launching Messenger Rooms in select markets this week. The new video chat service will then roll out widely to the rest of the world in the coming weeks. At first, you'll only be able to create the rooms on Facebook. But the company is adding the room-creation feature on Instagram Direct, WhatsApp and Portal, the company's smart display line.