The Bar Rescue star is out to perfect food-service franchising with Taffer's Tavern, a low-cost, high-quality sous-vide concept.

By Jason Feifer
January 14, 2020
This story appears in the January 2020 issue of Entrepreneur. Subscribe »

As host of the television show Bar Rescue, Jon Taffer fixes other people's restaurants. But when he looked at the casual-dining sector more broadly, he saw signs of trouble: "They're dinosaurs," he says of many brands that have been around for decades, "and I think they're facing extinction. All the Uber Eats in the world can't bail them out."

It's why he created a franchise concept called Taffer's Tavern, which is designed for durability. The pandemic was, of course, a massive disruption for the restaurant industry, but Taffer says the problems go far beyond that. Labor has always been expensive and difficult.

The first unit opened outside Atlanta in 2020, and they currently have multi-unit franchise deals secured in Georgia, Northern and Central Florida, Washington, D.C., Boston, and Las Vegas. "This is my baby," he says. "Not only can I build immense value with this, but it could be a heck of a business model." Recently, Taffer spoke to Entrepreneur about the franchise industry, how he developed his concept, and why he believes all restaurateurs need to become more efficient.

You're experienced in the hospitality space, but this is your first step into franchising. Why do it?

I found the casual-dining sector to be incredibly frustrating. I look at these companies doing all-you-can-eat appetizers, two-for-one entrées, $10 all-you-can-eat meals. They're fighting for customers while, at the same time, labor pools are shrinking. We're approaching $15 minimum wages — so labor costs are through the roof, and we're discounting food. The numbers don't work. It's going to implode. I said to myself, "Somebody's got to create a franchise model that works. How do I solve that with robotic cooking, and what kind of approach to cuisine production can I take that assures quality and consistency, and attacks the labor issue?" So I've been utilizing sous vide cooking in my kitchen.

Sous vide — that's vacuum-sealing food in a bag and cooking it in water, right?

I can take a beautiful steak, or any protein. I can season it. I can wrap it in a sealed, airtight, sous vide plastic package. I then ship it. It's still fresh, with unbelievable quality and consistency. The seasoning is done by me, not the franchisee. Now that package of steak lasts three times longer on the shelf. There's no exposed protein. There's no blood dripping anywhere. There's none of the cleaning or sanitation risks associated with protein. And then the food is prepared in water ovens. It can't be overcooked. It's simply put on a grill to sear when it's done. We've taken back-of-house labor costs down almost 60%. Our kitchen will never run with more than two people, three people. 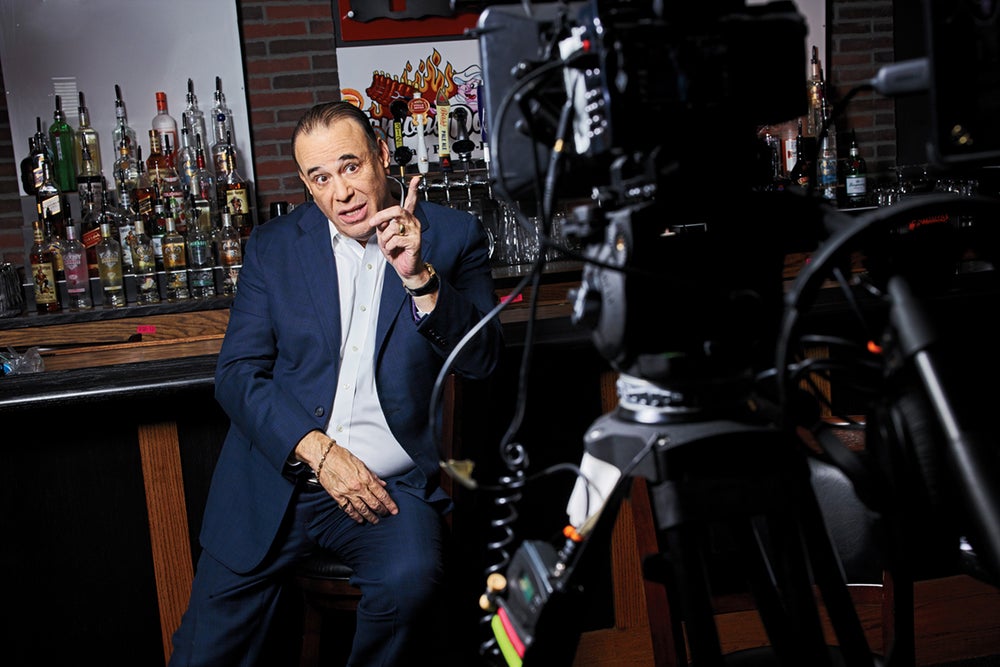 But now aren't you running lots of off-site locations to prep the food, which you'll have to staff?

There are three massive sous vide companies in the country. So we spec the product, we spec the seasoning, and they produce the product and then handle the supply-side logistics for us. Think about this: Food lasts three times longer. No open proteins. Rather than weeks of training in the kitchen, I have hours. I don't have the prep. I don't have the cleanup. Don't have the grease. I realized, Wow, I found an incredible franchise model.

As experienced franchise operators looked at your concept, what questions did they have that surprised you?

The premise of robotic cooking — of sous vide — raised their eyebrows. They needed to understand that the quality is better with sous vide than not. Because if I send you a frozen hamburger, or a hamburger that's fresh, some kid who's 18 or 20 years old is going to season that thing on the line. You get too much salt, not enough salt. There is a certain inconsistency that happens when things are done at the unit level. But we preseason it when we package for sous vide, so we have more control over products, consistency, and quality than anybody else does. Once they understood the science of sous vide and where we're going, that's when everybody lined up to come on board.

Your message seems to go against a lot of conventional wisdom. I mean, food brands are always big winners in our "Franchise 500" list. But here you're saying: This industry is facing trouble, so let's rethink it. Do you get pushback on that?

The answer is, I'm shocked. Because we've heard from mostly multi-unit franchisees. Every one of them has some tired buildings, some tired concepts. What we're finding is two things: People are interested in building new Taffer's Taverns, but existing franchisees are really interested in converting underperforming units. That's exciting, because these are people who know the business.

Have you found efficiencies beyond the food?

What about at the tables themselves?

The servers have full-service tablets they're using at the table. But unlike restaurant chains where you sit down at the table and order on a tablet, we're not going there. You're still going to have a human being come up to you and tell you what ingredients are in the food. We're just putting a lot of technology around that human.

You developed this concept before the pandemic, when the restaurant industry was facing a different set of challenges. How has it held up against today's new problems?

Those principles held out, and our numbers held out. We're running some of the lowest costs in the restaurant industry because of the labor savings that we have. It's interesting — most restaurants spend 4% to 6% of their revenue on marketing. Because it's brand Taffer, we don't spend any money on marketing. The restaurants have images and posters up 60 days before they open, creating a buzz in the market. A countdown is on all the windows — 10 days, nine days, eight days. There's no soft opening; we wish that there was, but we're packed on day one.

So we eliminate the need for that marketing expense, which picks up much of the increases in food costs and labor and other issues. We didn't see the pandemic coming back then, but it seems everything we did played to this. So now we not only are running great numbers, but we think we have the safest kitchen in America. It's contactless in the way our food is prepared, so it's just worked out wonderfully for us. 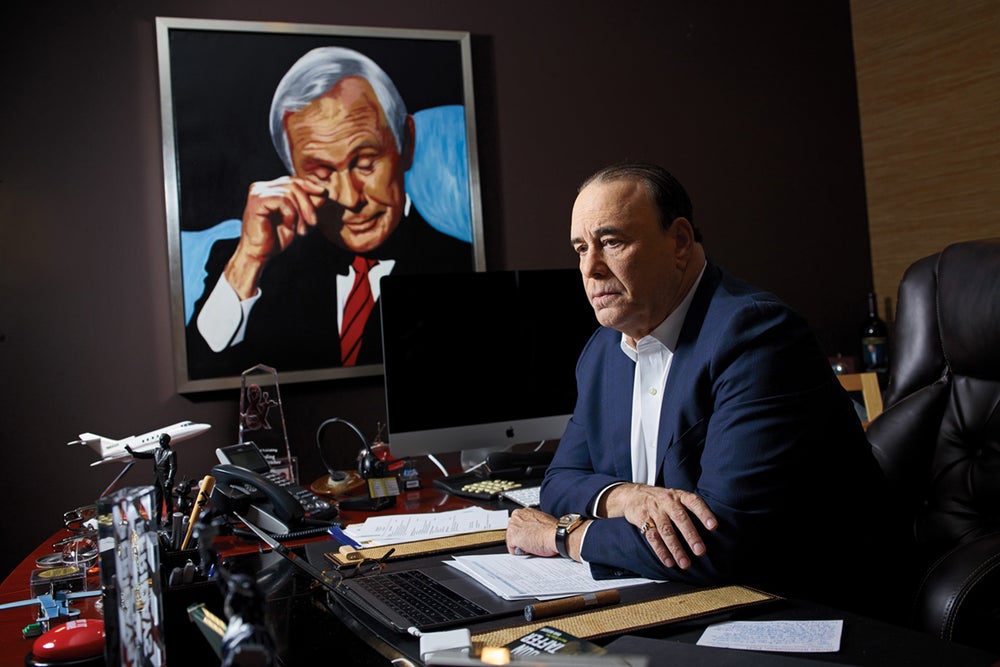 You can keep marketing costs low because you have such a large profile, but what's your advice for other brands that are trying to lower those costs?

When I ran the neighborhood marketing institute, I would tell every restaurant and bar that the future of their businesses is within 10 blocks of their front door. Not in their city, not 30 blocks away, not on the other side of town. If my restaurant is in, say, Denver, then the city of Denver is not my market. Ten blocks around my restaurant is my market. You can be a big deal in 10 blocks. It's hard to be a big deal in the whole city of Denver.

Understand the difference between market area and trade area. Focus on your trade area, which is typically your backyard.

As you've been growing Taffer's Tavern, what have you learned about maintaining consistency and quality among multiple franchisees?

We're a little blessed. Our food is prepared sous vide, which inherently creates consistency. I can train you in about two hours to do it. So we don't have the consistency issues that other restaurants have. But we still have to have it plated properly, the restaurant needs to be clean, and surface sequencing needs to be right, so human factors still exist.

The answer is engaged management. Years ago, when I used to work with Ritz-Carlton, everybody lines up every morning at a Ritz-Carlton hotel and they read corporate values as a team. The company uses phrases like "ladies and gentlemen." That defines who and what they are.

To create great performance in people, it all comes back to their self-worth and the gratification they get from achieving key objectives. We want them to feel gratified and accomplish something that's important. And there's no greater gratification than a guest smiling at you when you do well.