After a bloody clash left nine people dead in Waco, Texas, on Sunday, authorities are pointing fingers at a Twin Peaks franchisee.

On Monday, breastaurant chain Twin Peaks announced that it would revoke the franchise agreement with the franchisee operating the restaurant following a clash between biker gangs. According to police and Twin Peaks corporate, the franchisee refused to work with Waco police attempting to preempt violence before the confrontation. 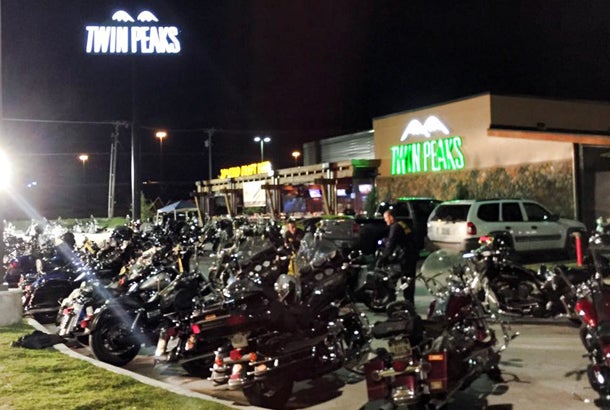 "We are in the people business and the safety of the employees and guests in our restaurants is priority one," Twin Peaks corporate said in a statement. "Unfortunately the management team of the franchised restaurant in Waco chose to ignore the warnings and advice from both the police and our company, and did not uphold the high security standards we have in place to ensure everyone is safe at our restaurants."

Related: Why the NLRB Says This Franchise Isn't a Joint Employer, But McDonald's Is

Additionally, the Texas Alcoholic Beverage Commission suspended the restaurant's license to serve alcohol for one week.

The bikers reportedly gathered at Twin Peaks for a meeting of the local branch of multi-gang motorcycle group the Confederation of Clubs and Independence. The violence unfolded in the restaurant parking lot, with approximately 170 individuals charged with murder-related offenses.

According to a September 2014 article, Twin Peaks, which competes with chains such as Hooters, has 57 U.S. locations and annual sales of $165 million.

Related: The SEIU Petitions the FTC to Investigate the 'Abusive and Predatory' Franchise Industry