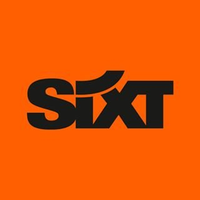 Bio
Starting out with just three cars, Martin Sixt opened his first rental agency in Munich, Germany, in 1912. The Sixt Company, which is still operated by his family, began franchising in 1998, opening offices around the world. In 2012, 100 years after its founding, the company brought its franchise program to the US. Franchisees rent cars, SUVs, and vans to the public.
Cost
Initial Investment: Low - $1,056,275 High - $10,486,000
Units