After spending two decades building a global fashion brand, Minkoff sat down to write her memoir... in March of 2020.

Rebecca Minkoff has impeccable timing, but it sometimes punks her. Back in 2001, she slashed and fabbed-up an "I love New York'' T-shirt for actress Jenna Elfman, who wore it on The Tonight Show a month after 9/11. It put Minkoff on the map. Then her handbag, called the Morning After Bag, proved she wasn't a one-hit wonder. After building her eponymous brand into a global success, she started the Female Founder Collective with Alison Wyatt in 2018 — the same year "2.2 percent" became a rallying cry for women entrepreneurs who were appalled at that speck of VC funding going their way. Now FFC has 9,500 members and its seal is on three million businesses to show they're owned by women.

Along the way, people asked Minkoff, who has three children under the age of 10, about a book. It was never the right time. "Honestly, what would it be about?" she says. "I'm not going to do a coffee table on the history of handbags." But with the brand passing $100 million in sales, she had an idea — a memoir called Fearless: The New Rules for Unlocking Creativity, Courage, and Success, based on 20 lessons she'd learned about entrepreneurship. She began work on it in March 2020…just as COVID-19 decimated retail, and her business along with it. And yet, crisis proved just what the book — and her brand — needed.

You're famous for the shirt.

People still think I'm an overnight success, and I'm like, "It might feel instant to all of you guys, but this has been the longest 20 years of my life." That shirt didn't pay the bills. I was broke. But it did allow me to call boutiques and for them to not hang up the phone.

One of those boutiques, a very cool one in L.A., called early on to tell you that the only thing wrong with their first order was absolutely everything. They were sending it back.

When I got the call, I wanted to vomit. But I wasn't surprised. I was late to ship it. I didn't have enough money to buy the right boxes or put things on hangers and then in plastic. And then I smelled everything and was like, Oh, it smells like cigarette smoke, and I'm thinking, Maybe by the time it gets there, it'll go away. It was a huge lesson to not take the shortcuts. On top of everything, the $5,000 check they canceled? I had to borrow from a boyfriend to cover the cost. And that kept me in this toxic relationship, which was a whole other nightmare.

In writing Fearless, did going back through what you've learned change the way you do business?

It's not lost on me that entrepreneurs have to be gritty, scrappy, and persistent. It just reminded me of how gritty and scrappy we have to be — and of that joy and passion when you're starting something, when nothing else matters and you can throw yourself blindly into something. It's like, "Who cares? Let's do this. All I have to do is cover my rent and some ramen." Then down the road, how do you go all in again, knowing there's some risks you can't maybe afford to take when you have responsibilities?

Your "rule #17" is about getting friendly with failure. It's a biggie, but how specifically do you do that?

It's really helpful for me to go to the worst-case scenario and confront it. Then I'm not scared and running. The problem just doesn't feel as solid. I can approach it almost like a puzzle of: "All right, what pieces need to be moved around? How do we break it up into little steps that get us toward a solution?"

How does that go in your mind?

Like, What if all this went away — the business, the house? OK, well, they can never get a lien on my husband and my kids, and I'll figure out how to re-create or learn a lesson from this. Just being willing to have the worst-case scenario happen, and realize you're still alive, opens up possibilities for me. Yes, you might've lost everything, but you are capable of re-creating something. We don't only get one chance. 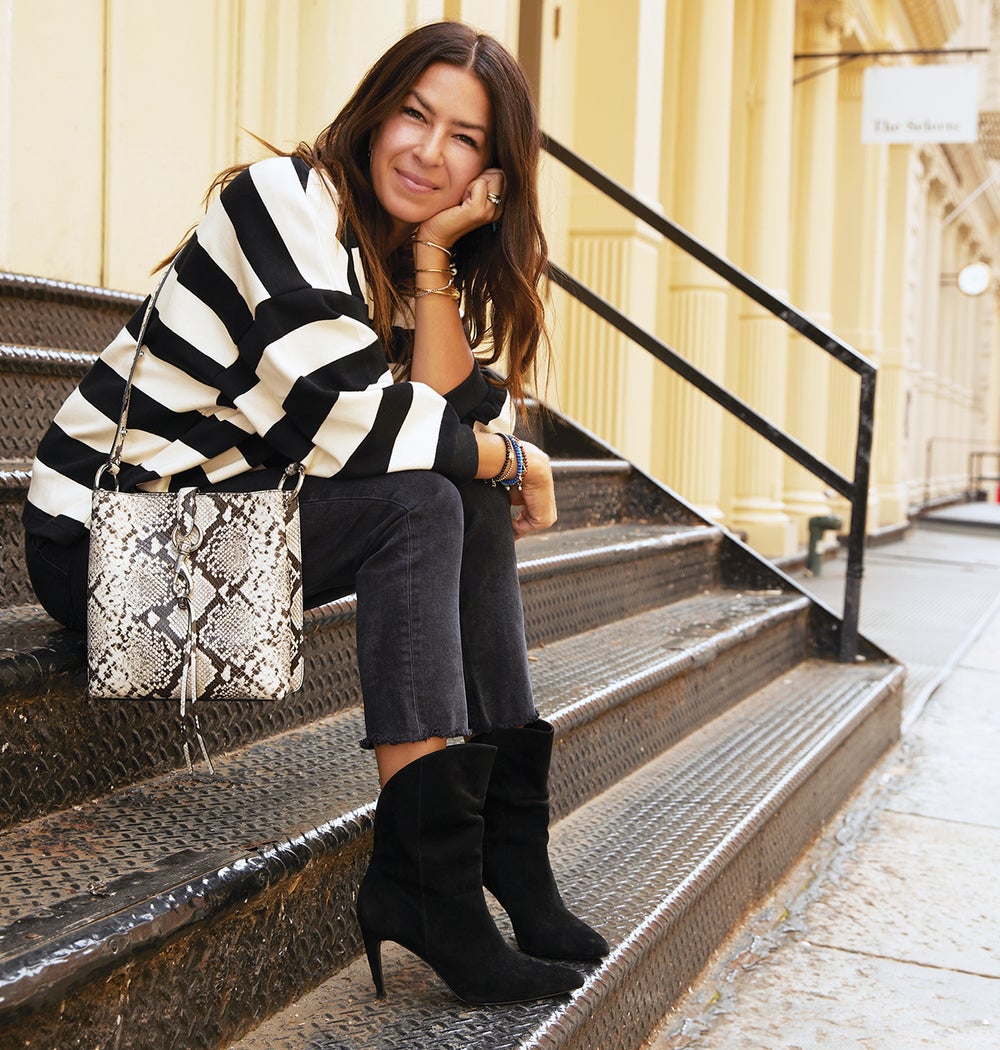 Speaking of failure and only chances, there have been several high-profile young female founders in the news publicly stumbling. Audrey Gelman of the Wing, Tyler Haney of Outdoor Voices, Steph Korey of Away. Even Girlboss's Sophia Amoruso stepped down.

I think it's extraordinarily sad that men have done just as much, if not more, of whatever these women were accused of and either don't leave or aren't painted in the way they're painted. I know from some of these women being my colleagues that they're wondering, Do female founders have a target on their back? My advice is: How do you not go away and burrow into a hole? Because it just shows everyone, "Oh, it was that easy to get her out."

Some of these women have been like, "Yes, I erred. Here's how I'm fixing it. And I'm sticking around." I feel like that's the example we need to set for our girls.

Related: How to Become a Successful Entrepreneur During the Pandemic

For many female entrepreneurs, this whole pandemic "she-cession" has been really tough, especially facing a
22 percent drop in VC funding. How was it all playing out at the Female Founder Collective?

Since COVID, we've done more than 100 webinars, trying to help them with their biggest needs. We also did a free program funded by UBS for 50 founders — we had more than 550 applicants — teaching the basics of fundraising, how to pitch, how to make a deck. And those women combined have gone on to raise $15 million in the pandemic.

When the pandemic hit at Rebecca Minkoff, was there a moment you realized, Oh, shit?

Every single one of our stores canceled their orders, and our business dropped by 50 percent. We had to lay off and furlough about half our staff, which was awful, and close our own two stores — the one in L.A. ended up getting hit pretty hard in the riots. The easy thing would have been to just say: "COVID casualty. We went out of business." But we [her brother Uri Minkoff is cofounder] felt like we owed it to the team and to ourselves after 20 years of this. So we said, "Let's give it our all. If we go down trying, we know we gave it our best shot." With that mentality, it was like 2006 all over again.

One hundred percent. It was like, "How do we reach our customer? How do we get organic traffic?" We just have our website, and literally the sales we do each day are what we eat off.

Related: Rebecca Minkoff: A Missed Opportunity Doesn't Mean It's All Over

Your book was going to contain 20 rules, but you ended up adding rule #21, "It's endless: Success is being able to keep going." Where are you now?

We've been able to hire back 80 percent of our furloughed employees and some of the others. In October, we're going to launch a new home category. Our two stores are still closed, but Chinese live­streamers have been coming in every week and leaving with huge orders that we ship back to their audience in China. Our wholesale partners are back, and, yes, they're ordering. But we're just going into all this with a different mindset.

Pre-pandemic, we had a culture of "It's not my job." But when we all faced evisceration, it was like, "How can I help? I'll do more." It's been really beautiful to see that change. We're all doing five jobs and stressed out of our minds, but we've become the true definition of a team. It's powerful for us as a brand to take our own story back.