Three Technologies That Will Change the Way You Use Wi-Fi

By Stewart Wolpin
March 19, 2012
Opinions expressed by Entrepreneur contributors are their own. 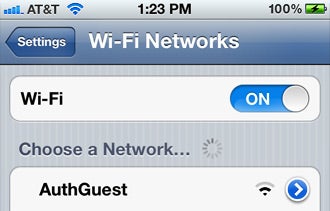 Wi-Fi as you know it will begin to evolve over the next few months, changing how businesses stay connected.

Here's a look at what to expect, as well as insight on what it means for business:

1. More seamless mobile connections.
When you get off a plane, you turn your smartphone on and, voilà, you get service. This type of cellular roaming convenience is coming soon for Wi-Fi.

Instead of sorting through a list of available Wi-Fi hotspots figuring out which ones are safe and secure, remembering passwords or dealing with sign-in pages, Passpoint-certified Wi-Fi hotspots are expected to completely automate connectivity.

Once Passpoint compliant, phones will automatically connect to the most secure and powerful Passpoint Wi-Fi hotspot available for all data activities. That will mean less need for spotty and slow 3G or even 4G data connections.

Up next on the Wi-Fi speed chart is 802.11ac, alternately called "gigabit," Very High Throughput Wi-Fi or fifth-generation (5G) Wi-Fi. By any name, 802.11ac Wi-Fi is expected to offer speeds of up to 1300 Mbps -- potentially more than four times faster than current "n" routers and about 1,000 times faster than 4G LTE connectivity.

Instead of operating in the crowded 2.4 GHz frequencies along with Wi-Fi, Bluetooth and wireless communication gadgets, 802.11ac Wi-Fi will transmit data in the relatively vacant 5 GHz spectrum.

Related: What I Learned About Business Travel on the Way to the Taj Mahal

What it means: These and other improvements are expected to create speedier, more consistent wireless links further from the router with fewer dead spots and greater ability to penetrate walls.

For businesses, this would mean more reliable in-office connectivity and could reduce or eliminate the need for complex and expensive wired broadband connections. For portable devices, speedier downloads via gigabit Wi-Fi would increase battery life.

Expect the first gigabit Wi-Fi routers to go on sale this summer, likely for only a small price premium over current "n" routers.

3. Wi-Fi everywhere.
Even if gigabit Wi-Fi slightly expands Wi-Fi's range, distance from the router will still be limited to a couple of hundred feet in optimal conditions, making office wireless a hit-or-miss proposition.

Hotspots measured in miles rather than feet may be coming soon via a technology called Super Wi-Fi, which uses so-called TV white space, unused over-the-air spectrum recently approved by the FCC for commercial use.

What it means: These lower frequencies allow wider and more powerful wireless signal propagation. An indoor Super Wi-Fi 40 mW transmitter creates a Wi-Fi hotspot up to five times the range of current Wi-Fi hotspots. In other words, a hotspot blanketing more than 1,000 feet would be enough to cover a small business office with a single router.

The drawback is that Super Wi-Fi speeds tend to be slower than regular Wi-Fi. For example, the first Super Wi-Fi network in the U.S. launched in Wilmington, N.C., in January and offers speeds of just one to two Mbps over an area of between one and two miles. It's faster than 3G but a crawl compared to any other Wi-Fi technology.

Aside from Wilmington, commercial Super Wi-Fi field tests are under way in various locations around the U.S. The first consumer Super Wi-Fi gear, including dual-mode standard Wi-Fi/Super Wi-Fi home routers, is due to go on sale in early 2014. Mobile equipment manufacturers are expected to begin building in Super Wi-Fi by the end of next year.

Over time, the combination of these three advances could create a global Wi-Fi blanket, with only a few spots on the planet where a Wi-Fi connection was not available.