We asked you to send us great pictures from your outrageous office parties. These are the ones we liked best.
Next Article

The end of January is approaching. Wasn't it just yesterday when we were all celebrating the holidays and ringing in the New Year? Festive hats, ugly sweaters, poignant toasts and all that jazz?

If the winter doldrums have you down, here's a way to relive a little of the holiday fun that recently passed.

We asked you to send us your selfies and other outrageous pictures that show you and your staff having some creative fun during your end-of-year festivities. Using the hashtag #ENTparty, you took to social media in droves to give us an inside look.

With no real formulas, rhymes or reasons or any of that, we selected 10 pictures that, well, just seemed like the most fun.

Turning up the temperature 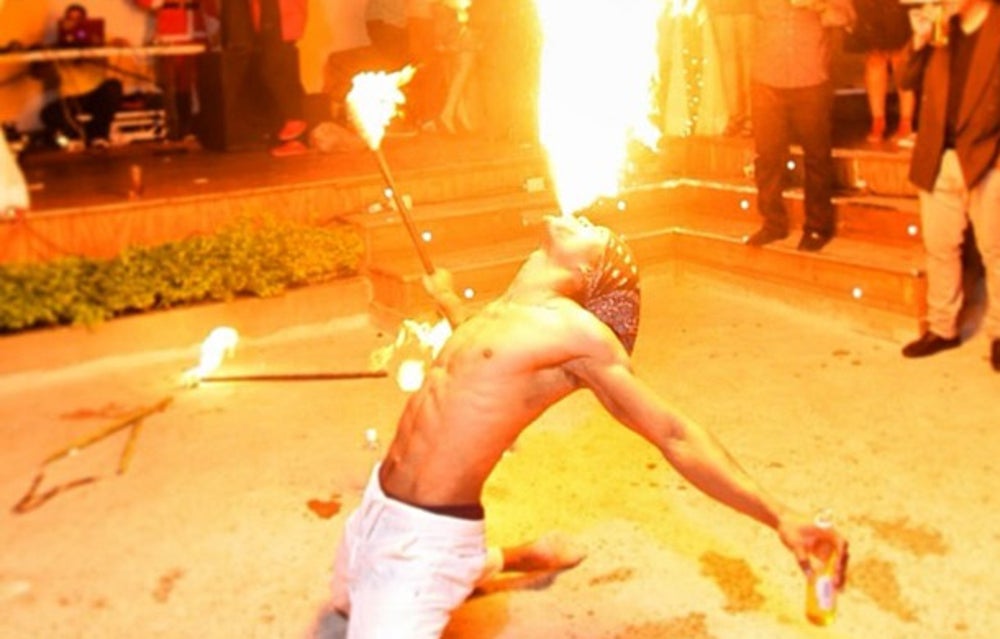 So, did your office holiday feature some guy who spits fire? I didn't think so. But this one did. And it looks crazy-awesome. 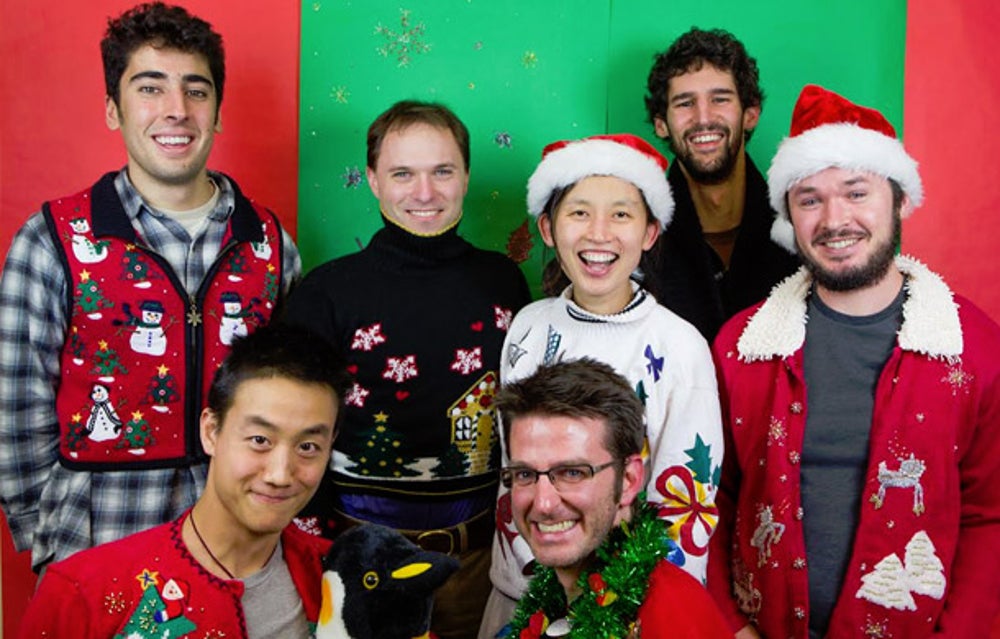 Yes, this is a posed picture but, come on. Who doesn't love an ugly sweater during the holidays? And check out that gift-wrapped background. 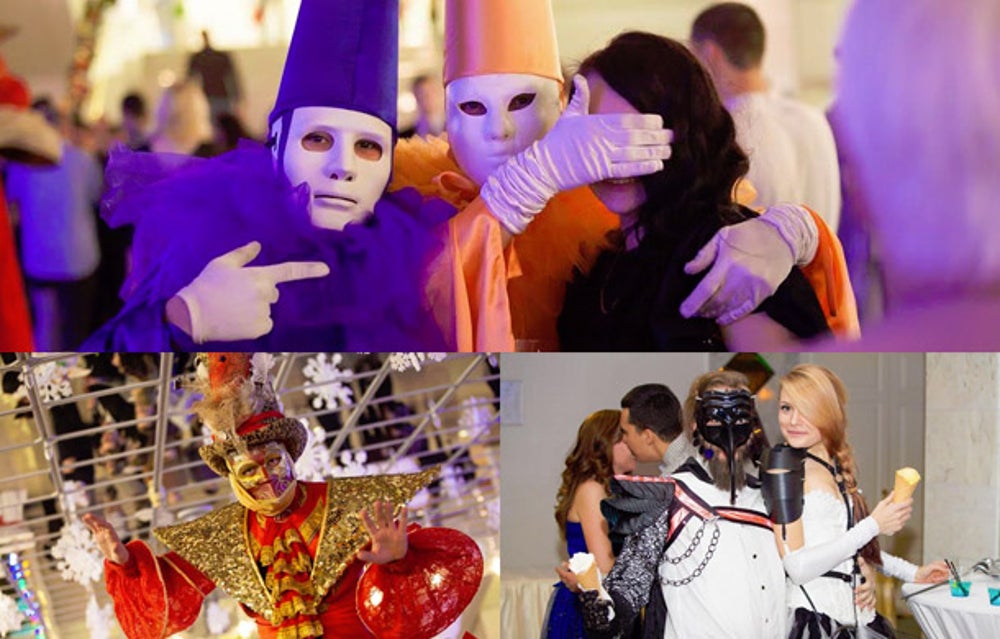 At first glance, I thought these were stills from the 1999 film Eyes Wide Shut. Nope. They're from someone's killer office holiday party. Wish I had been invited ... 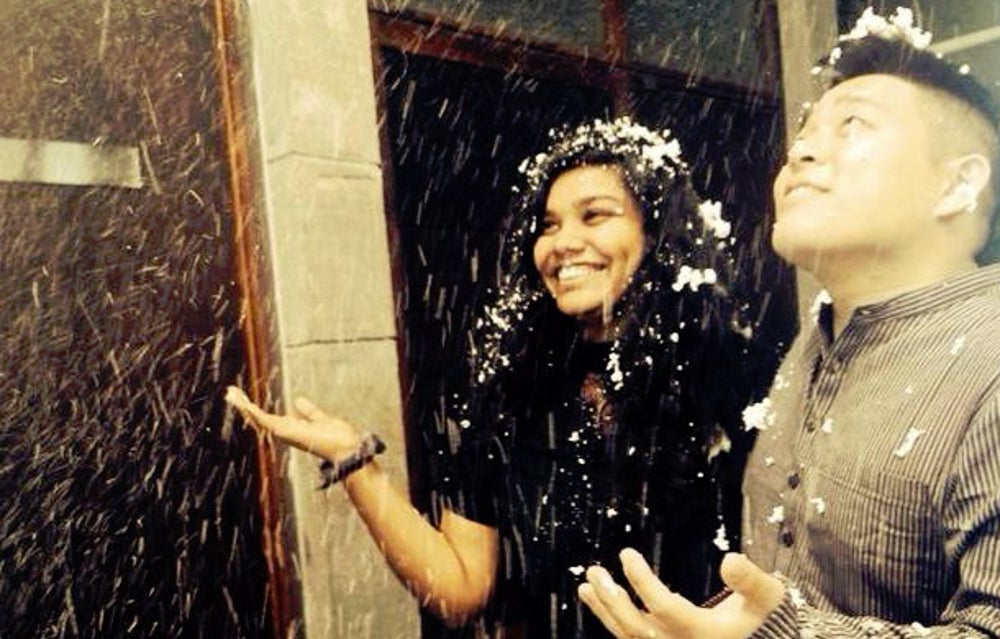 These folks are on their way to a secret Santa party. What's neat about this picture isn't just that it's snowing -- but that it's snowing in India. Apparently it doesn't snow often in India, except for the northern regions. Talk about a surprise gift! (Is it actually real snow?) 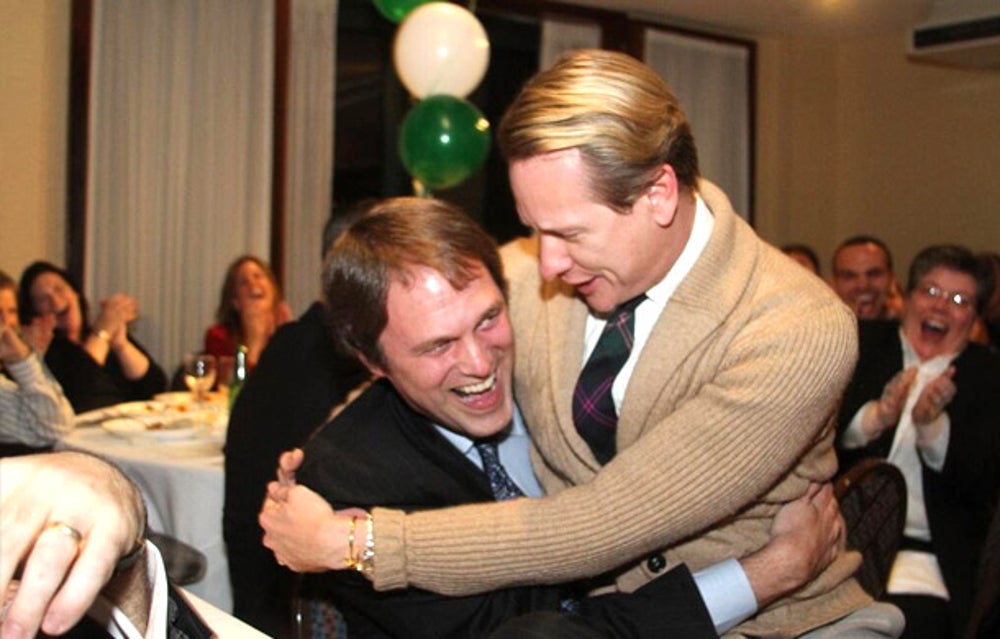 Wouldn't you like it if a celebrity crashed your office holiday party? That's what happened at AKAM Living Services, when TV's Carson Kressley stopped by to give the company's director of management a hug. He looks pretty surprised.

A different kind of holiday 'sail' 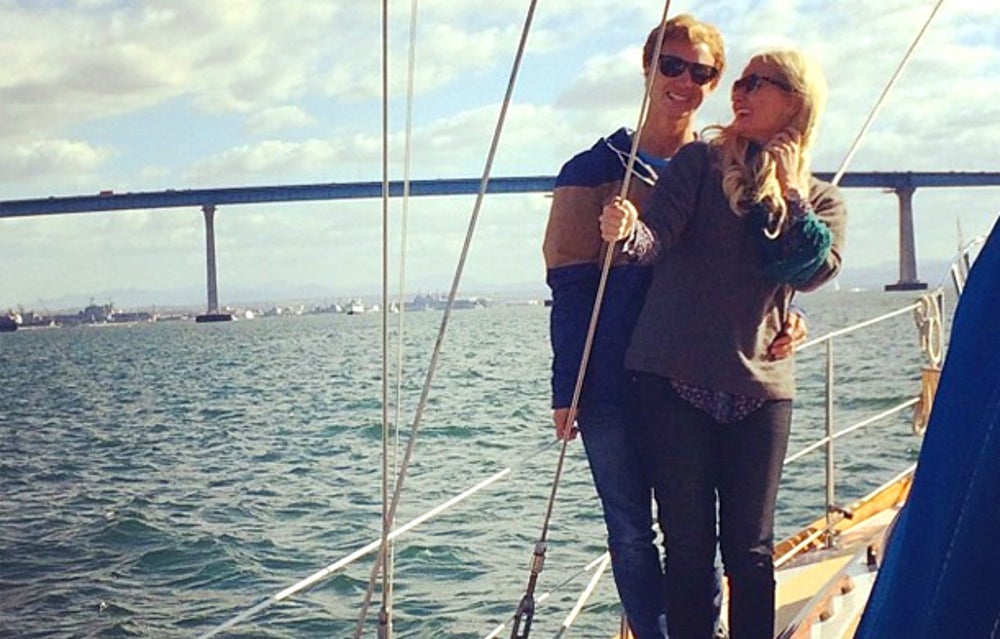 If it doesn't get too cold where you live and work, and you're near some water, why have your holiday party in some stuffy restaurant or, worse yet, your office?

This pair had the right idea. Get out on a boat and enjoy the beautiful weather. Just don't forget your boat shoes. And maybe pack some life preservers.

Best reason to celebrate: your team 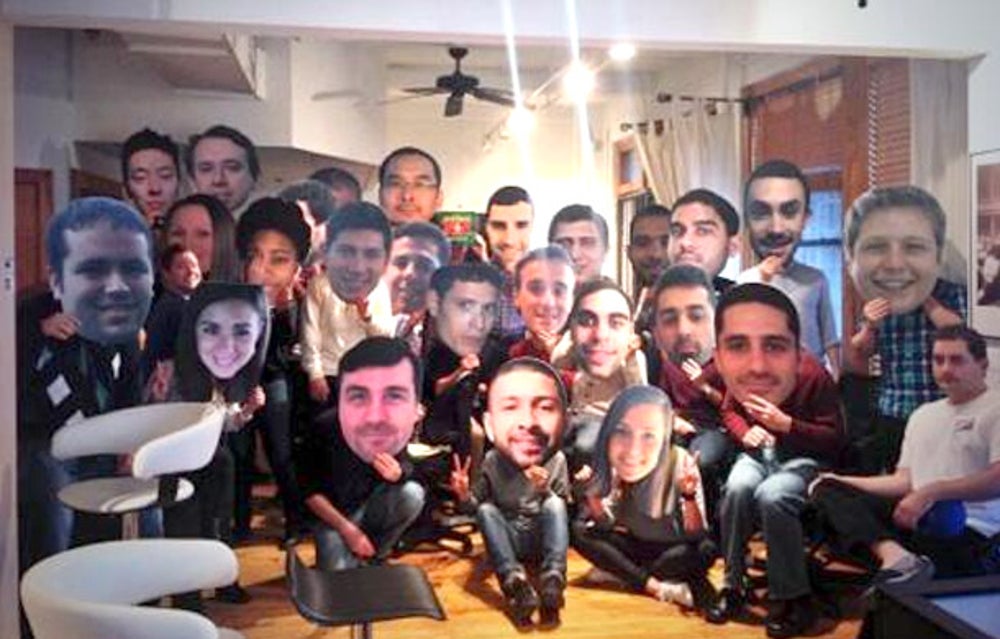 This holiday party doesn't look especially festive, but what it lacks in Santa hats and egg nog, it makes up for with, uh -- big egos? We're not sure what inspired this team to print up these big heads of themselves, but it looks like fun anyway. 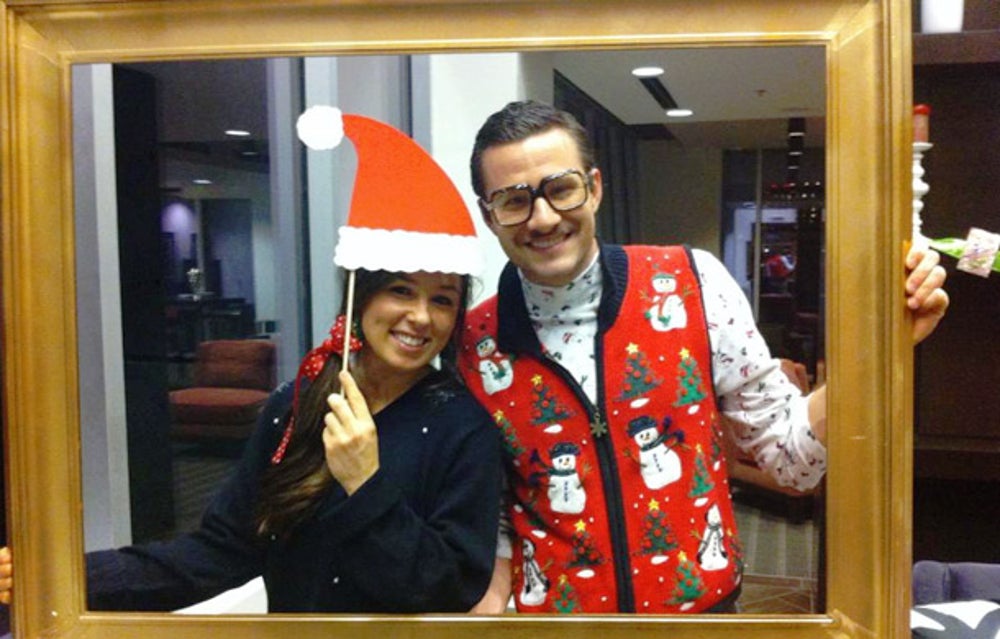 Because, well, who doesn't love an ugly sweater party? (OK, some people don't, but come on.) And these people look like they're having a grand ole time. 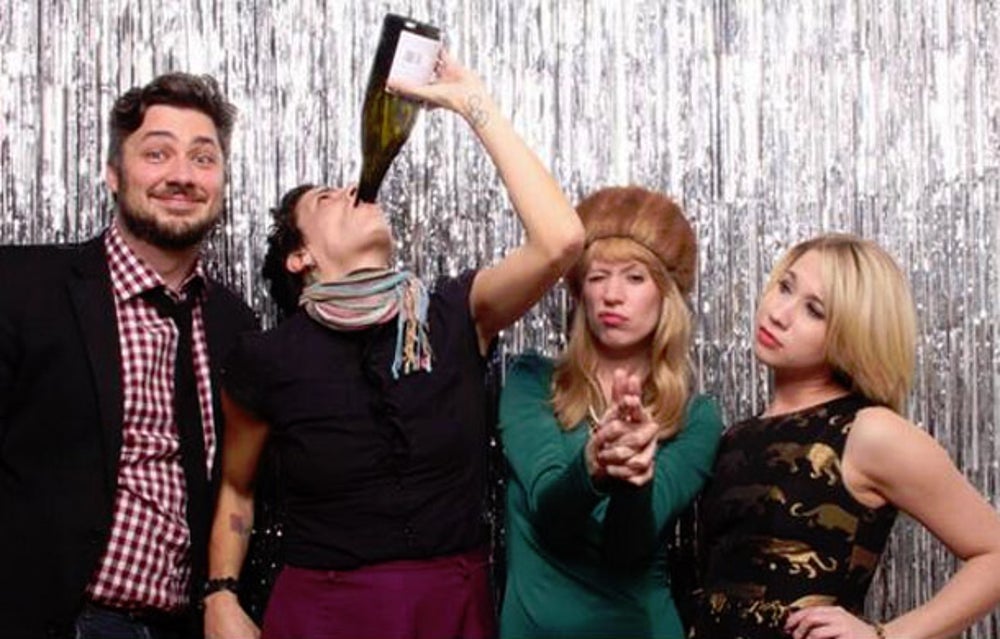 Is a festive party really festive without libations? Gotta wonder, though, how this party ended. Hopefully they didn't overdo it...