How Drones Are Changing the Way We Do Business

Creativity has rebooted business. Discover how through this ongoing series featuring unique products, services and technologies, as well as the personalities who have turned their dreams into our realities.

These days, if you’re looking for drones, you don’t have to look far. Also called unmanned aerial vehicles, these devices are being adapted from government to private use as tour guides and high-tech couriers. They're even finding their way onto film sets and archaeological digs. If Amazon has anything to do with it, we'll soon see them on our doorsteps.

It’s a growing industry that experts expect to explode. In a report released this summer, the Teal Group Corporation, a research group specializing in aerospace and defense, predicted that more than $89 billion will be spent on UAVs in the next decade. While only around 10 percent of that figure will go toward commercial and civilian use, Teal Group’s Phil Finnegan, a director of corporate analysis says there will still be "growing interest" in that emerging market.

Related: Look Out, Amazon: Dubai Could Have Delivery Drones by Year's End

Says Finnegan, "The value of the commercial market will not be anywhere near the size of the military market because of the sophistication and cost of these systems.” However, he adds that civil applications will be small and inexpensive, traits that can fuel their growth.

This growth is fueled by low barriers to entry. Christopher Green, an MIT research fellow who works with the university’s Senseable City Lab, an initiative that studies the impact of technology on our urban spaces, says that advances in open source drone software and hardware has made technology relatively inexpensive and opened the field to hobbyist enthusiasts and researchers developing components and applications for small-scale UAVs. He points out that a quadcopter, like the one used in Senseable Lab’s SkyCall project, can be built for several hundred dollars.

Still, Green notes that while media and agriculture are “embracing drone technology,” the commercial industry as a whole is still finding itself. He says there is a “lack of definition of what it is” with everything from micro-vehicles, hobbyist quadcopters, and military predator drones being categorized as 'UAVs.'

The industry’s biggest hurdle, however, might be governments scrambling to keep up with the technology’s latest applications, both big and small. In January, the Federal Aviation Administration even shut down a brewery delivering 12-packs to ice fisherman in Minnesota. And while the agency released a five-year plan to allow drones to share commercial airspace, it postponed its own 2015 integration deadline – and hasn’t set a new benchmark.

With that in mind, Finnegan says full integration could take a decade, with commercial UAV systems starting small and the market growing slowly due to regulation of airspace by domestic and international aviation agencies.

But in the meantime, the industry is moving forward. Drone prototypes continue to be developed and tested by companies in our own backyard and all over the world, from Australia to Switzerland. Take a look at what’s in development for a peek at how drones will shape our lives in years to come.

Related: Startups and Investors Bet on the Drone Economy 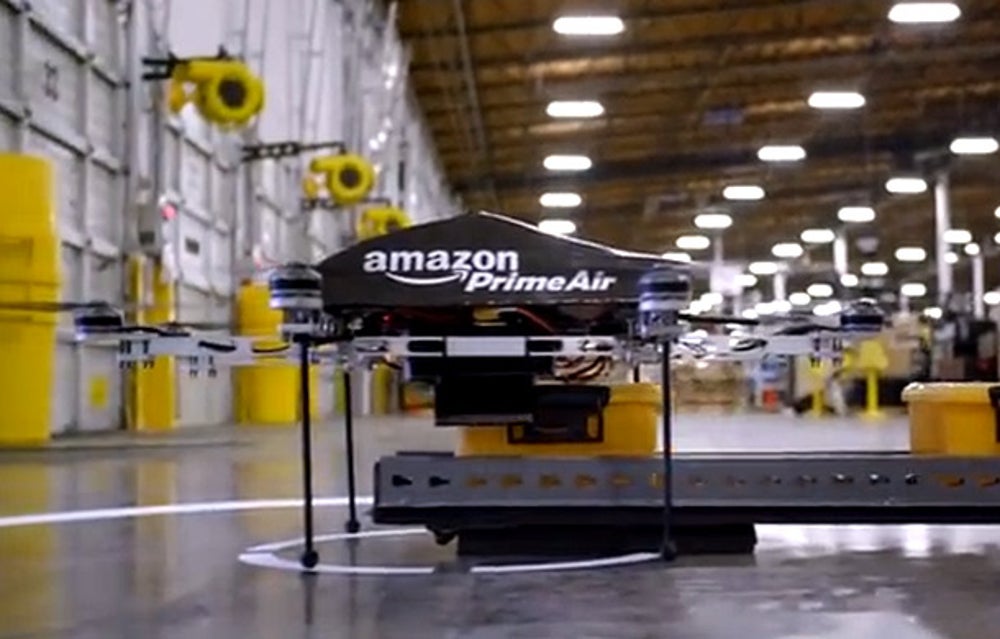 Jeff Bezos made waves when he unveiled a prototype of the Amazon Prime Air’s delivery drones to Charlie Rose on 60 Minutes in early December. Bezos told Rose that the drones would be designed for packages weighing up to 5lbs, making nearly 86 percent of the company’s customer orders potentially eligible for drone delivery. Even Bezos admits the service is still in development, stressing “This is all an R&D project.” Still, the company remains optimistic, with its website predicting that Prime Air vehicles could one day be as common as mail trucks.
Read More: https://www.entrepreneur.com/article/230165 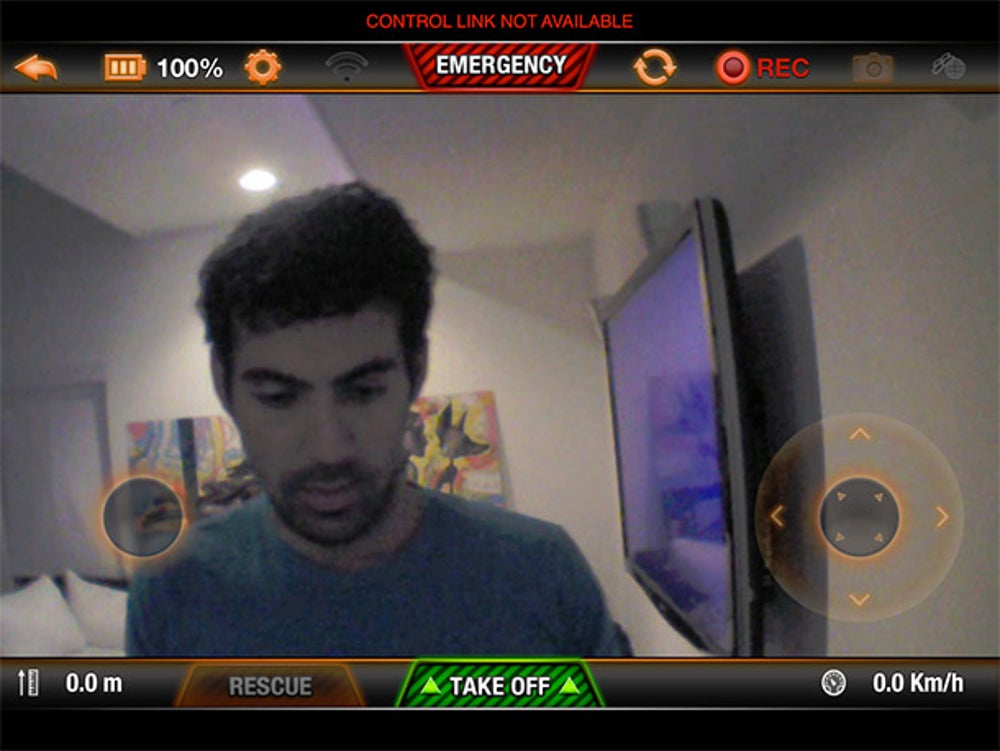 Samy Kamkar, a hacker convicted for creating the fast-spreading virus that affected MySpace in 2005, has found a new project: SkyJack. In early December, Kamkar released the design and software specs to allow hackers to take control of other aerial drones, placing those zombie drones under an attacker’s control. The software was released the same week Amazon unveiled plans for their delivery drones, underscoring the importance of security for companies looking to use unmanned aerial vehicles.
Read more: Attack Drones, a Smelly Smartphone App and a Smart Paper Airplane-Jet 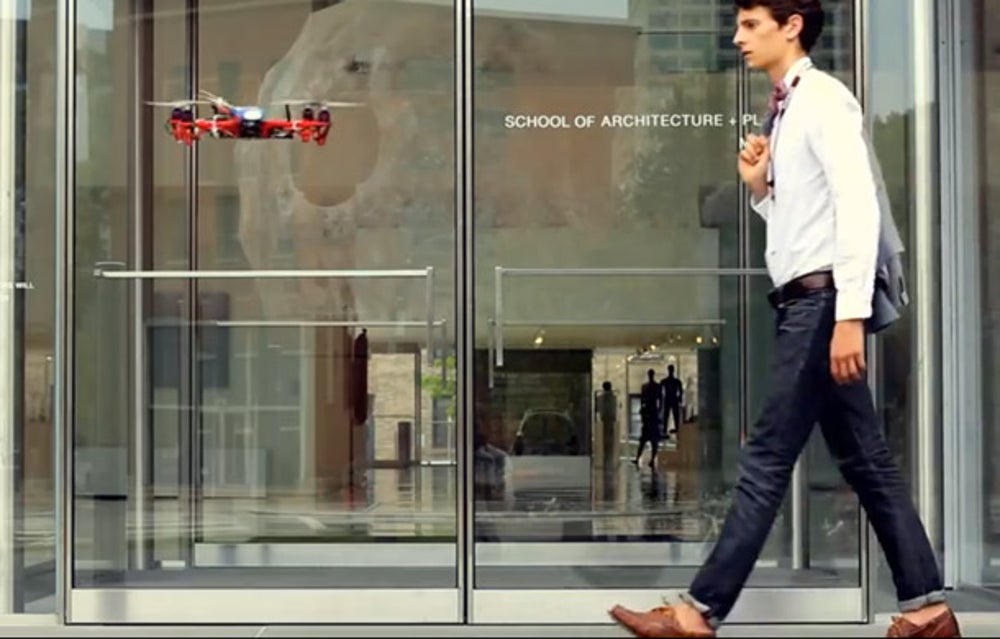 Enthusiastic campus tour guides might soon be replaced by drones, thanks to MIT's Senseable City Laboratory, a research initiative that studies the impact of sensors, mobile technologies and now unmanned aerial vehicles. This September, it released a video of its SkyCall quadcopter and app prototype, designed to guide students around the university's "labyrinthine" campus. 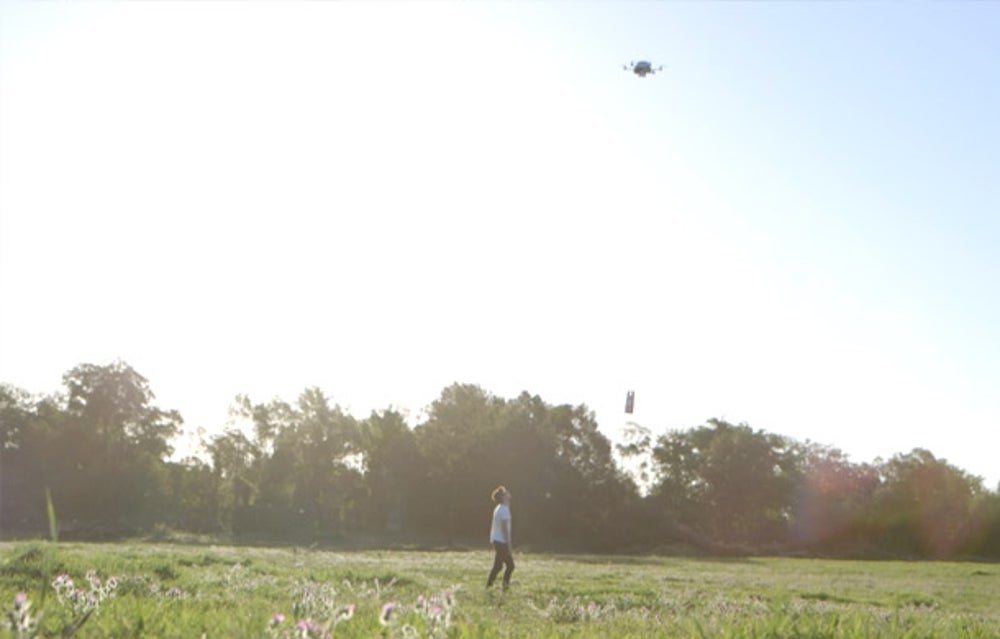 Image credit: Flirtey
Speaking of higher education, Ahmed Haider, the founder of Zookal, an online textbook rental service based in Australia, is getting into the drone game with Flirtey. This e-commerce venture aims to use drones (or rather, a "fleet of Flirteys") to deliver books to students wherever they are instead of several business days. The company, whose tag line is "fly with us," hopes the initiative can help shave shipping costs.
Read more: Flirtey Develops Unmanned Drones to Deliver College Textbooks 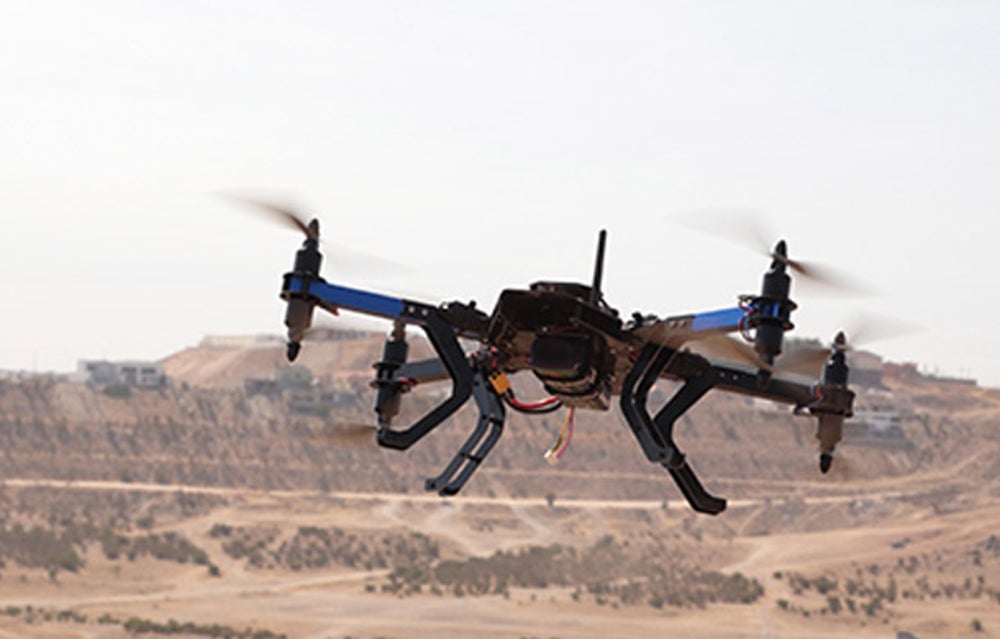 Image credit: 3D Robotics
3D Robotics is giving customers the tools and software to build UAVs of their own. The company is led by chief executive officer Chris Anderson, a prominent former tech editor and drone enthusiast. The company reached $1 million in sales just 18 months into the venture and is drawing funding from big names like True Ventures and O’Reilly Alpha Tech Ventures. The DIY drones are intended for inexpensive surveillance and photography and sell for between $750 to $1,350.
Read more: VCs See Ex-Wired Editor's DIY Drones Taking Flight 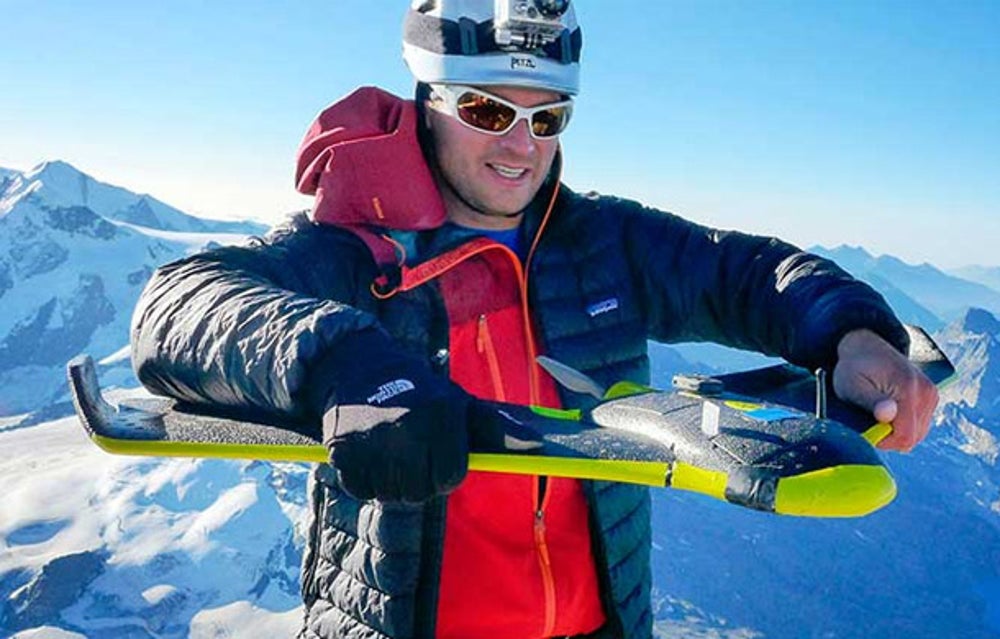 Image credit: senseFly
senseFly is a Swiss company that makes commercial drones and accompanying software that take aerial photos. Their UAVs have helped archeologists in working in places like Lima, Peru to create 3D models and high-resolution maps of their dig sites. 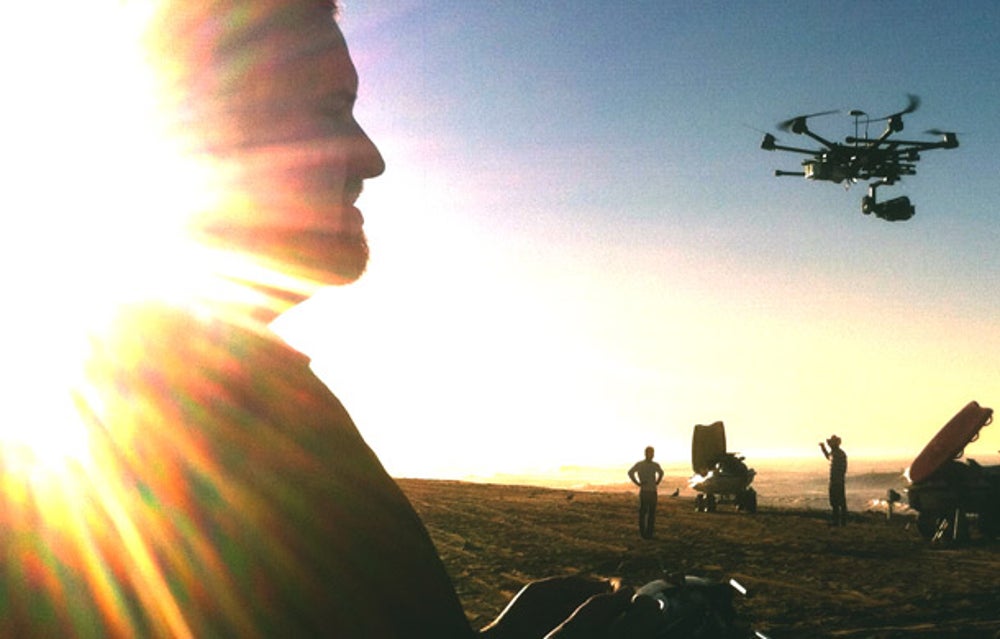 Aerial Media Pros. is taking filmmaking to new heights. Drones created by the Costa Mesa, California enterprise hold heavy-duty cameras like the Red Epics Peter Jackson uses on his Hobbit movies. Patrick Smith, the company's chief executive officer was a U.S. Marine before he became an entrepreneur, and says that the ready-made UAVs and packages can cost anywhere from $749 to $28,900
Read more: Revolutionizing the Film Industry With Remote-Controlled Drones
More from Entrepreneur