Passwords You Swallow, Sharks That Tweet and 90-MPH Cheeseburgers

It's not every day that your contact lenses can detect health issues. Or that everything you own is internet connected and ready to interact with you at a swipe of a finger in mid-air.

OK, much of that is still a ways away, but it sure is fun to think about. There's a ton of crazy apps and gadgets entrepreneurs and researchers are working on.

We've rounded up 10 of our recent favorites -- examples of technologies that are pushing the boundaries of innovation. 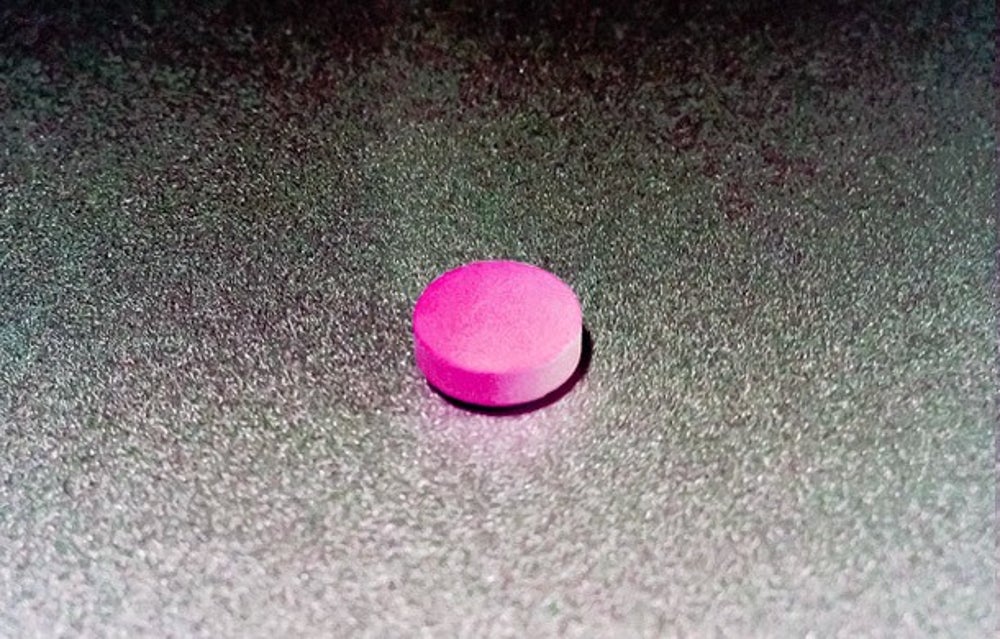 Remembering complicated passwords for a growing number of accounts can be nearly impossible. Instead of banging your head against a wall trying to remember the password to your tablet, why not swallow a pill and unlock it magically?

OK, it's not really magic. Once swallowed, Motorola’s edible “authentication vitamin” pill hits the gastric juices in your stomach, triggering it to transmit an 18-bit, EKG-like signal from your insides. The signal can be used to unlock your smartphone, tablet or other gadgets.

And you thought external wearables were all that. Hah. 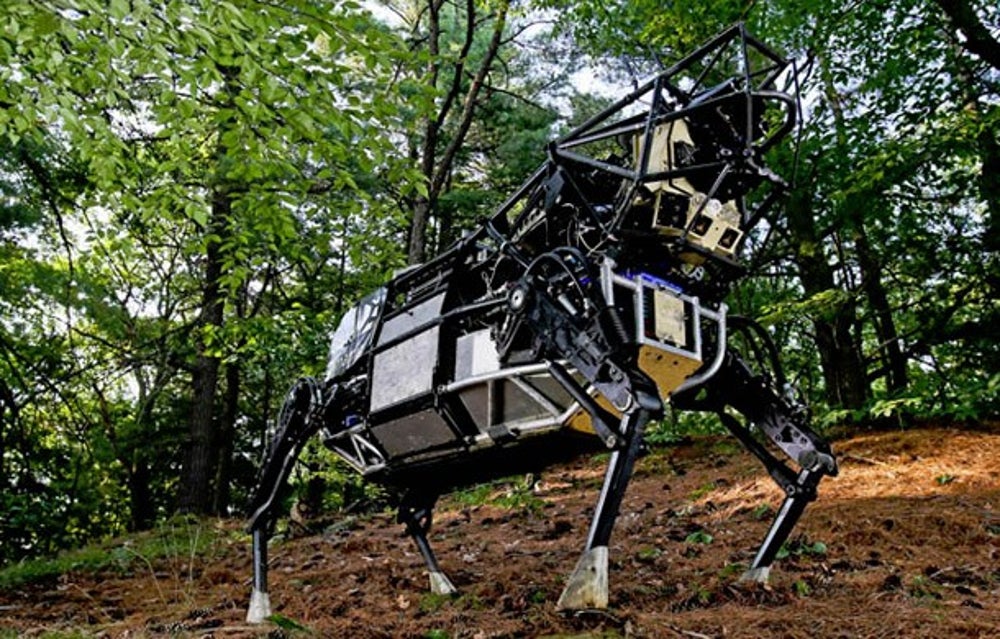 Google recently acquired a company called Boston Dynamics. As if driverless cars wasn't cool enough, Boston Dynamics develops robots that, well, seem like they're straight out of one of the Terminator movies. Except in the form of various animals.

There's BigDog, which can lift and throw heavy objects. WildCat is a noisy, galloping quadruped robot. And don't forget Cheetah, the fastest land robot in the world, which can run more than 28 miles per hour. 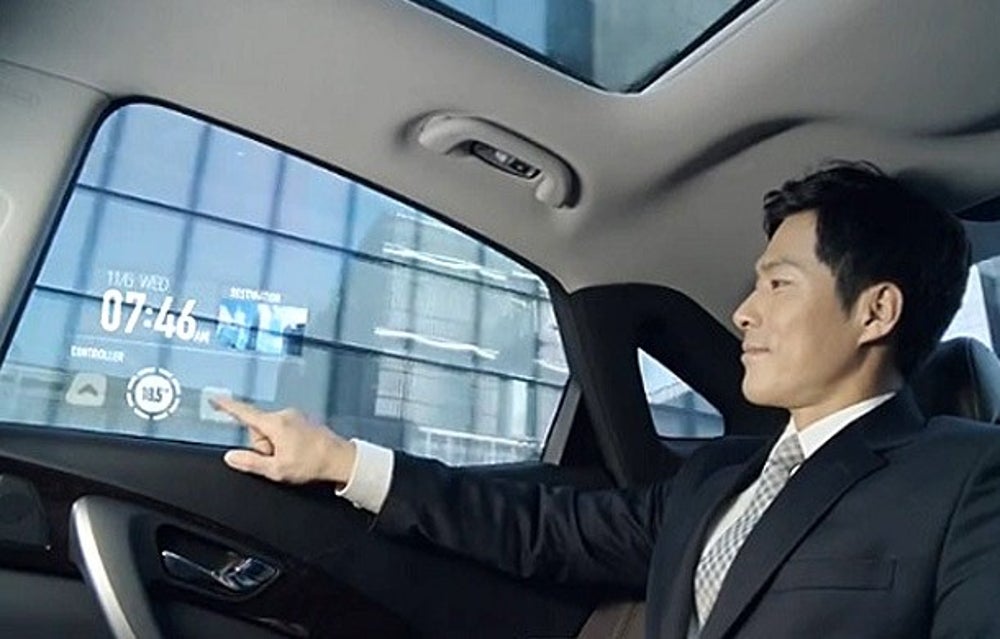 Your cell phones are smart. So are tablets. Increasingly, so are objects in your cars and homes. But what if everything was connected to the internet and was basically a display you could interact with?

No, really. I mean everything.

Sure, this is simply a concept, but Samsung created a video illustrating what life could be like some day if, say, your coffee mug could give you weather updates and let you check into social media. Or if your child could interact via a smart, virtual monitor with another child in a distant country.

Read more: What If EVERYTHING In Your Life Was Connected to the Internet? 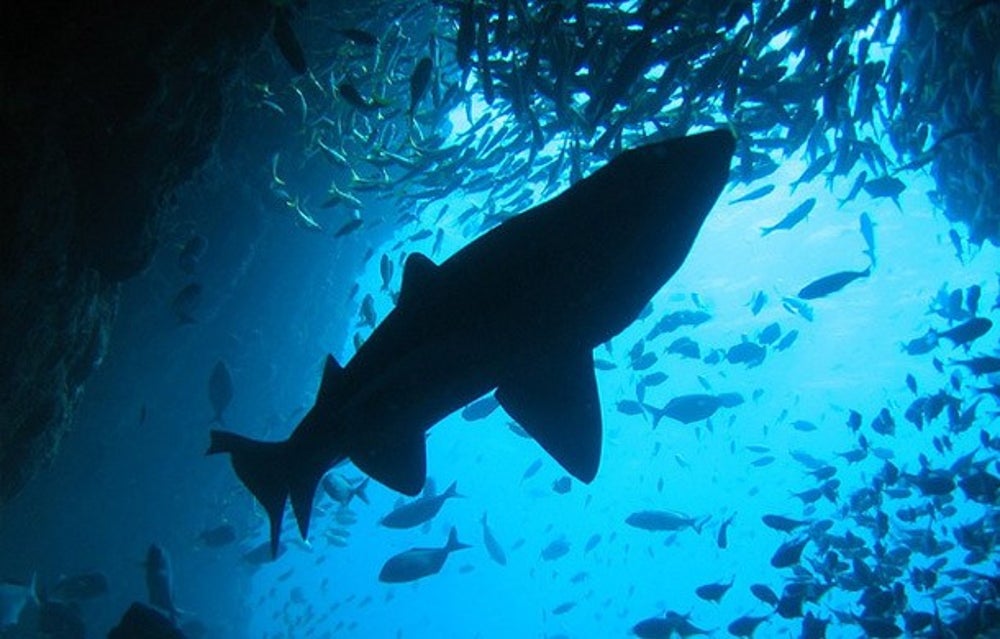 OK, why didn't we think of this sooner?

Scientists in Western Australia have outfitted more than 320 sharks with transmitters that trigger warning tweets when they arrive within one kilometer of popular beaches. If you're too afraid to get in the water, just check Twitter first.

My, that's a fancy ring. 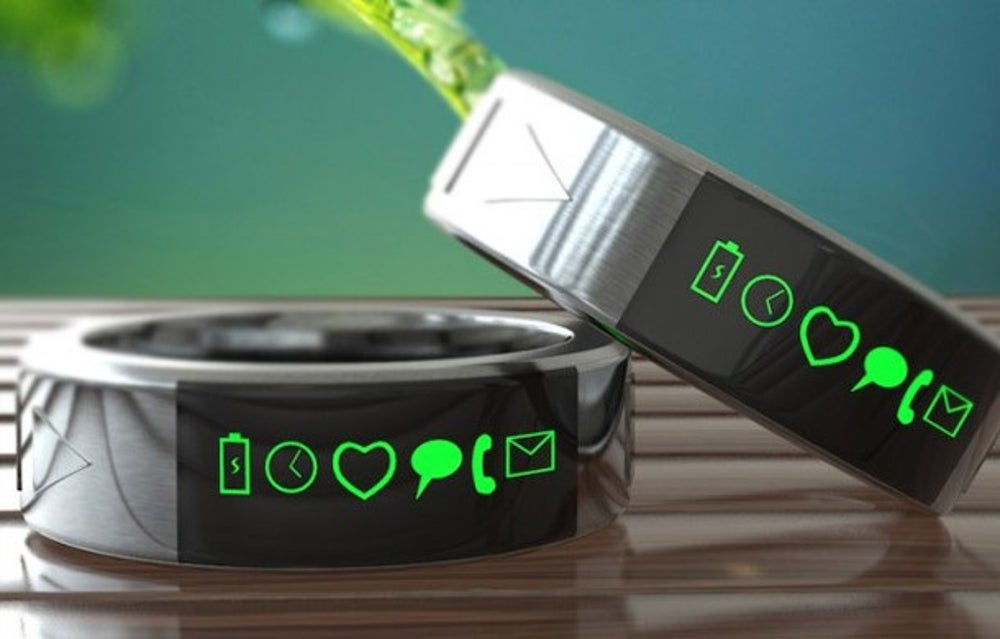 We've heard a lot about smartphones, smart watches and even smart glasses. But what about smart rings?

The Smarty Ring is an actual ring you wear on your finger, which features an LED screen that tells you the time and Bluetooth 4.0 technology that pairs with your iOS or Android phone and actually accepts calls. All that, and it looks pretty sleek.

Would you wear one?

Read more: Want a New Smartwatch? Hold On. Why Not a Smart Ring Instead?

Google says, go on, cry if you want to. 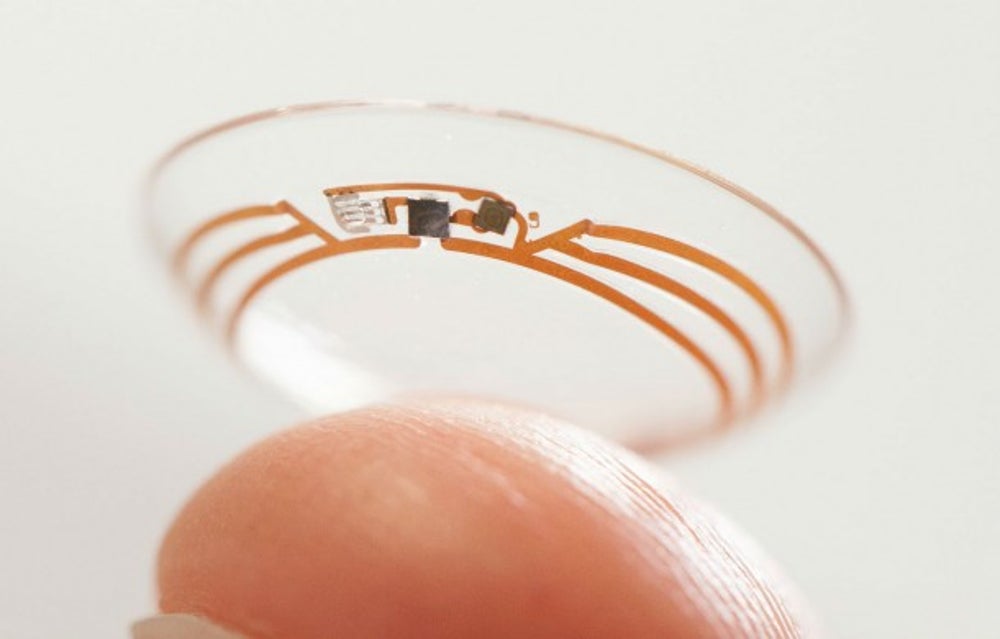 If you thought a smart ring was pushing it, how about smart contact lenses?

Google is said to be developing contact lenses made with super-tiny chips, sensors and an antenna inside that are supposed to be able to track glucose levels in a person's tears.

For people who suffer from diabetes, a product like this could be a lot less painful than having to prick their finger throughout the day. 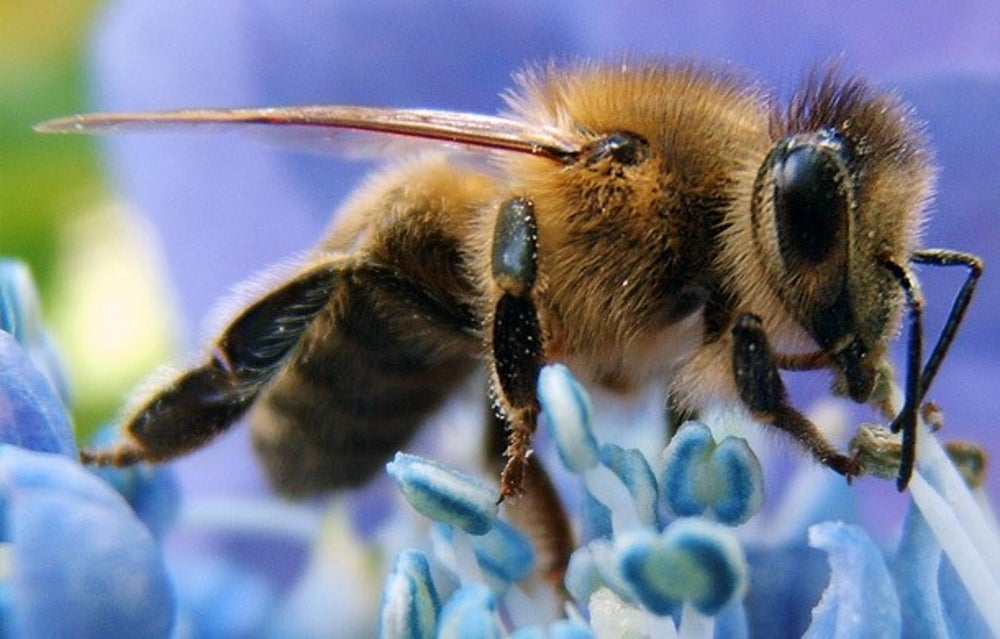 No, bees don't wear clothes. But, in Australia, they do wear tiny sensors. Like the E-Z Pass toll-road mechanisms used around the U.S., the sensors track when a bee passes a particular checkpoint. Scientists can use the data they collect to build a model of where, when and how the bees move about their environment.

It gives a new meaning to wearable tech, eh?

Read more: The Latest Wearable Tech Buzz: It's For the Bees

We have the tech to rebuild him. 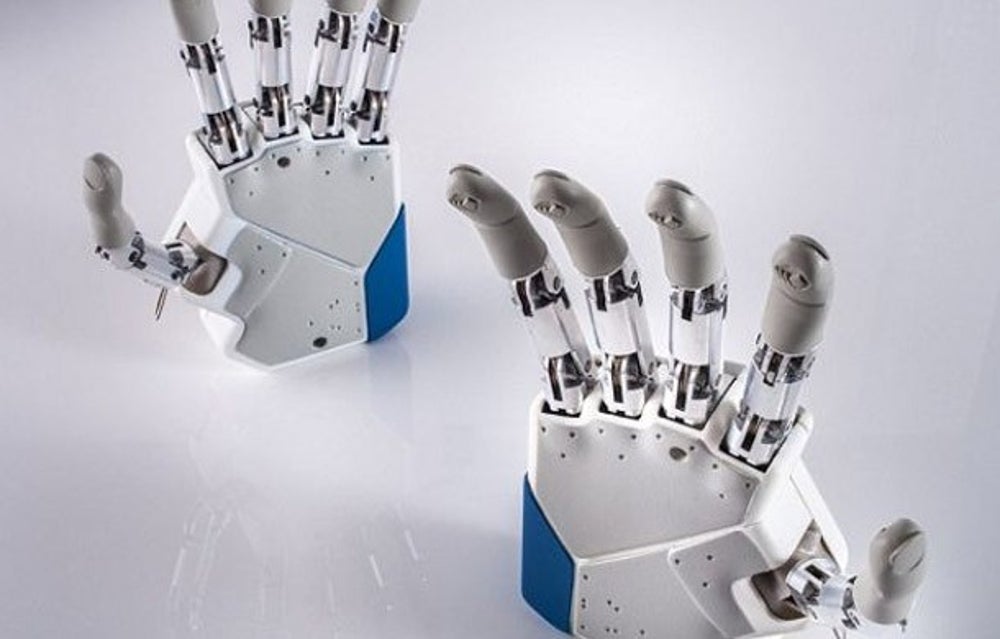 The bionic man was cool. Now, we have bionic parts that "feel."

Researcher Silvestro Micera and his team added sensors to an artificial hand. The sensors can detect and measure information about touch and then convert the electrical signals they emitted into an impulse that sensory nerves could read.

The result? An amputee was able to touch and feel again. So very rad indeed. 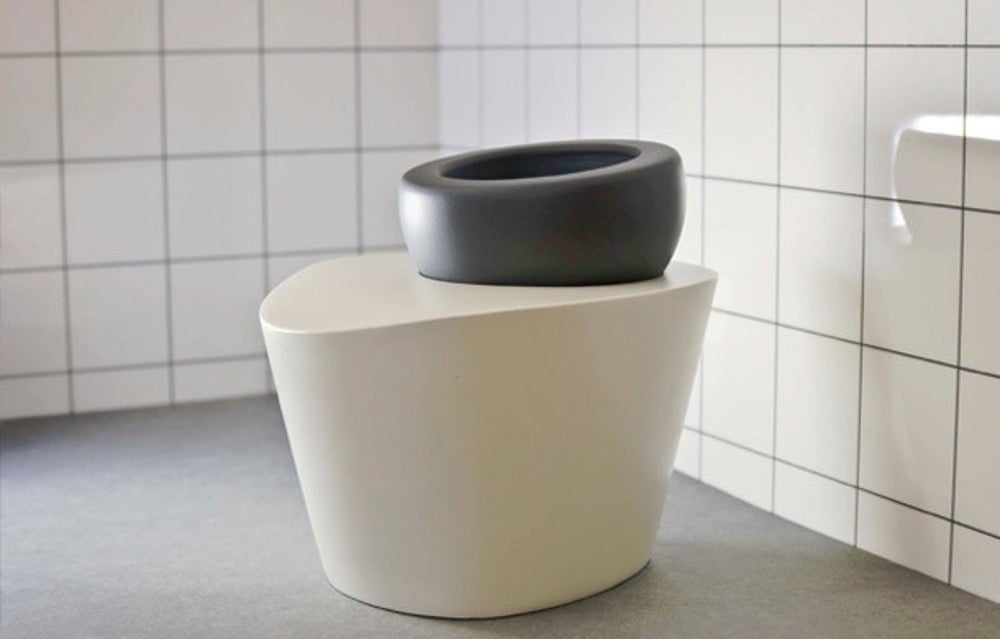 Apparently everything can be "smart." If your phone, why not your toilet?

Three industrial-design graduates at the University of the Arts London Central Saint Martins College have developed something called Wellbeing, an ergonomically-correct toilet prototype. Not only does the toilet's shape encourage users to have better posture, its biometric-feedback sensors could eventually analyze urine and solid waste for biomarkers of pregnancy and nutritional deficiencies.

Read more: Get This: A Smart Toilet That Aims to Correct Poor Posture, and Even Detect Pregnancy and Disease 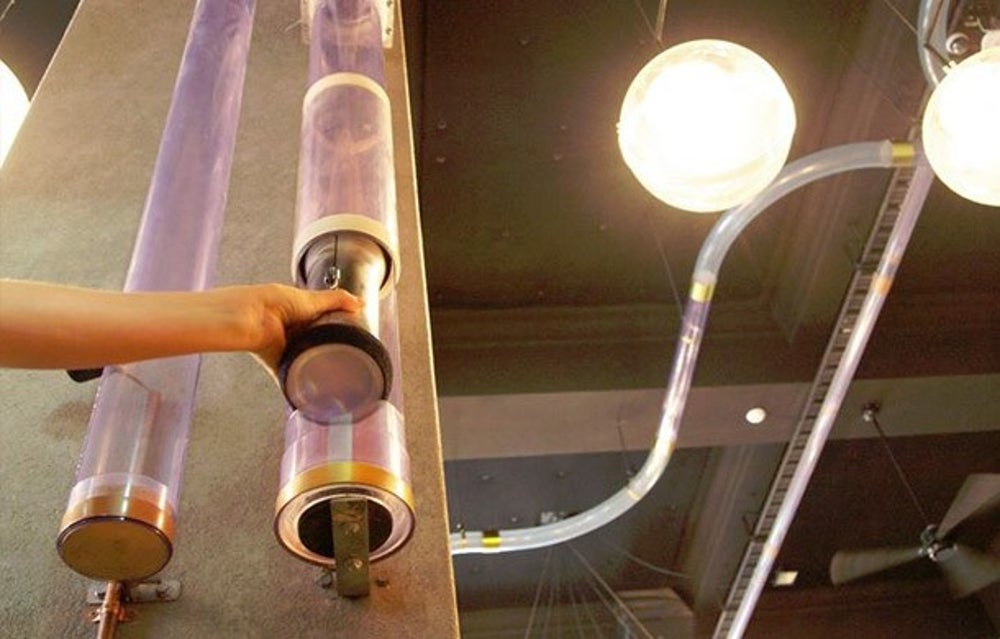 A cafe in New Zealand is using a pneumatic tube system to deliver burgers to customers at an astounding speed. How fast exactly? Eighty-seven MPH.

Really, you just have to see it to believe it.

Read more: Faster Food: This Restaurant Delivers Burgers to Your Table at 90 MPH

Cool Off All Summer Long with This Portable Air Conditioner