Each year, the competition for the Franchise 500 is fierce. This year was no exception. To be included is, in itself, an accomplishment, and to be in the Top 10 signifies a level of growth and profitability that is inspiring in addition to impressive. While food companies occupy many slots, industries including hospitality, cleaning and grooming businesses also gained a foothold.

Check out the slideshow below to see which franchises are the best of the best for 2016. 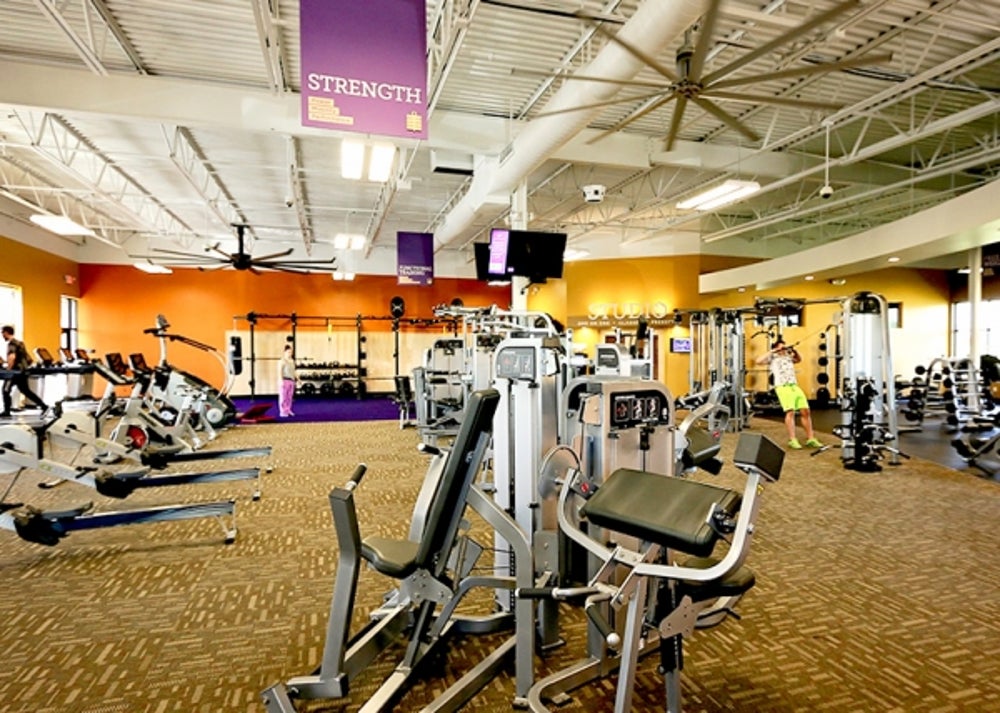 In November 2015, Anytime Fitness opened its 3,000th unit -- a milestone by any metric. But it’s an even bigger accomplishment when one considers that the company, which launched in 2002, hit that mark faster than Subway, McDonald’s or Dunkin’ Donuts. The growth puts the 24-hour fitness-club brand in all 50 states and 22 countries; expectations are to reach 30 countries, including Sweden and Italy, by the end of 2016.

And Anytime isn’t just making life better for its nearly 3 million members. A new corporate campus in Woodbury, Minn. (move-in is slated for April), will include a Worksite Wellness Education Center, where other businesses can learn how to keep their employees healthy, focused and more productive. 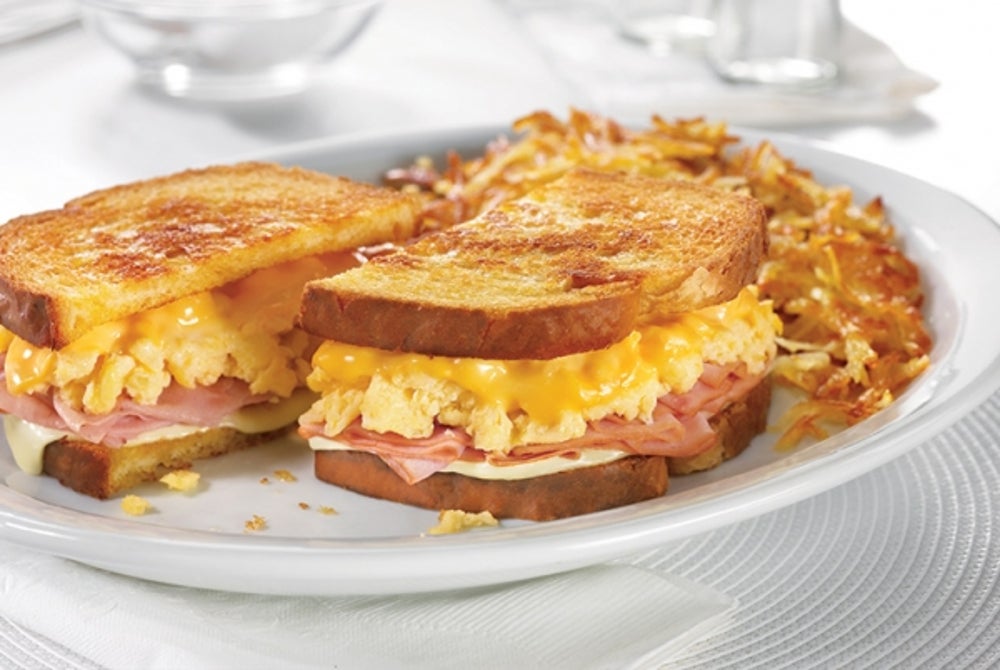 For a company that built its reputation on old standbys -- coffee, a stack of pancakes or the classic egg-and-ham sandwich Moons Over My Hammy -- Denny’s is now bringing customers through the door by offering something new all the time. In 2015, that meant the inaugural Big Burger Bash, which offered five specials, including the Spicy Sriracha and Bourbon Bacon Cheeseburger; a Taste of the Holidays menu, with Pumpkin Pecan Pie Pancakes; and a Skillets Across America promotion that included a South by Southwest Skillet and Philly Cheesesteak & Eggs Skillet.

And while such limited-time offers are fleeting, the company’s prospects are steady: Denny’s hung more than 31 new signs in 2015, bringing its total number of franchise units to 1,539. 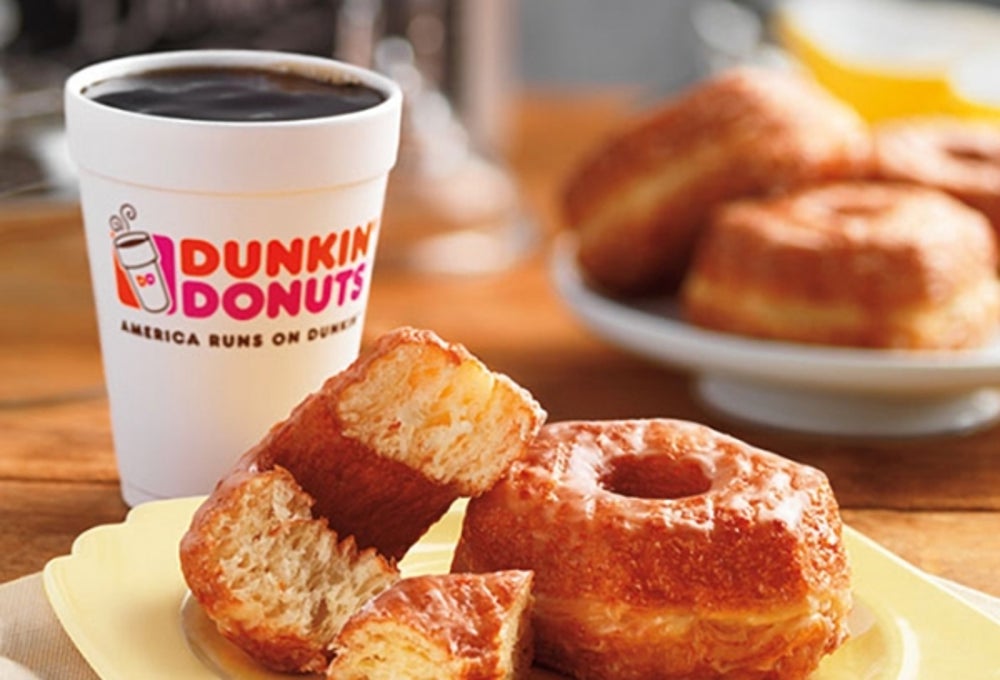 Dunkin’ gave itself a pretty nice 65th birthday present in 2015: It opened 258 units, bringing its U.S. count to 8,300. Astonishingly, that’s less than halfway to the long-term goal of 17,000 U.S. restaurants. The doughnut empire’s aggressive expansion plan has pushed beyond its New England stronghold in the past few years; 2015 saw deals in California, Minnesota, Georgia, Texas and North Carolina, and franchisee recruitment is heating up in Alabama, Michigan and Louisiana.

But the iconic American brand is also ramping up its presence overseas: Austria, Brazil, Denmark, Georgia, Germany, Iceland, Mexico and Sweden got their first tastes of Dunkaccino in the past 12 months. In 2016, the company is focusing on recruiting franchisees in Belgium, Finland, the Netherlands, Norway and Turkey. 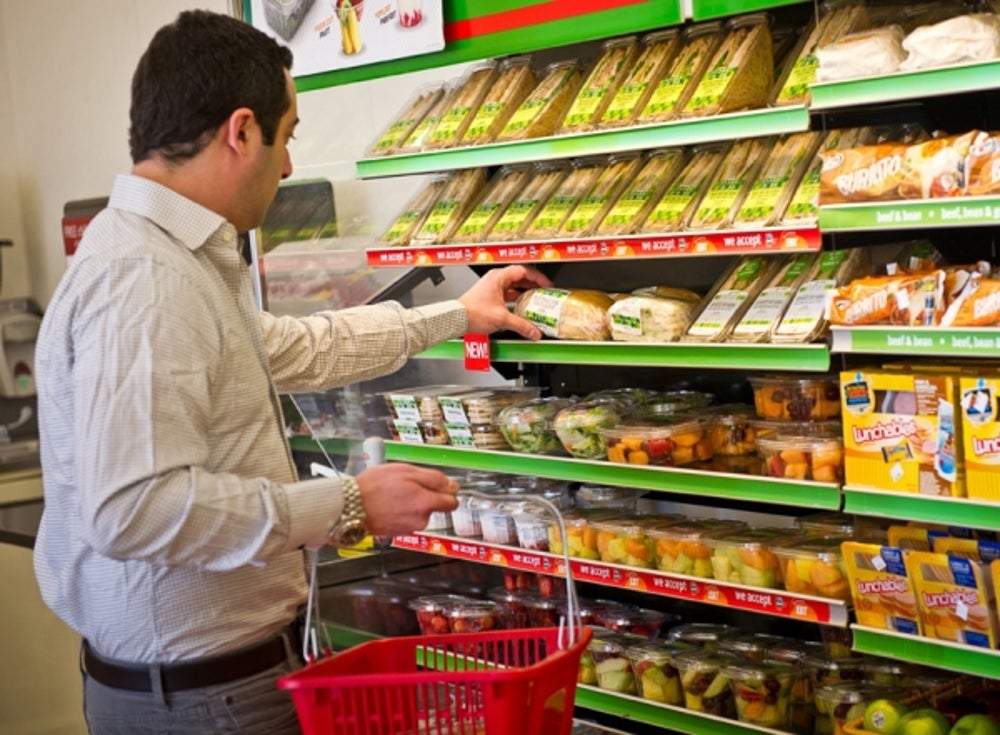 With more than 57,300 stores in 17 countries, it would seem there’s hardly a street corner left on Earth for 7-Eleven to expand to. But in 2015, the brand started pushing into new territories, including the United Arab Emirates and Vietnam. In North America and Mexico, where it has almost 10,700 units, it added 180 locations by taking over existing Tedeschi Food Stores in the greater Boston and southern New Hampshire area.

This comes on the heels of expansion into other parts of the country, a strategy that included a zero-franchise-fee promotion in the first half of 2015 for franchisees in seven metropolitan areas, including Dallas-Fort Worth, Manhattan, Baltimore and Jacksonville, Fla.

7-Eleven, which spent the past decade transforming itself into a destination for grab-and-go hot food and other snacks, is still innovating with its offerings, including a new line of GO!Smart snacks like popcorn and crackers. Even the iconic Slurpee keeps evolving, with the recent creation of a Sour Patch Kids flavor. 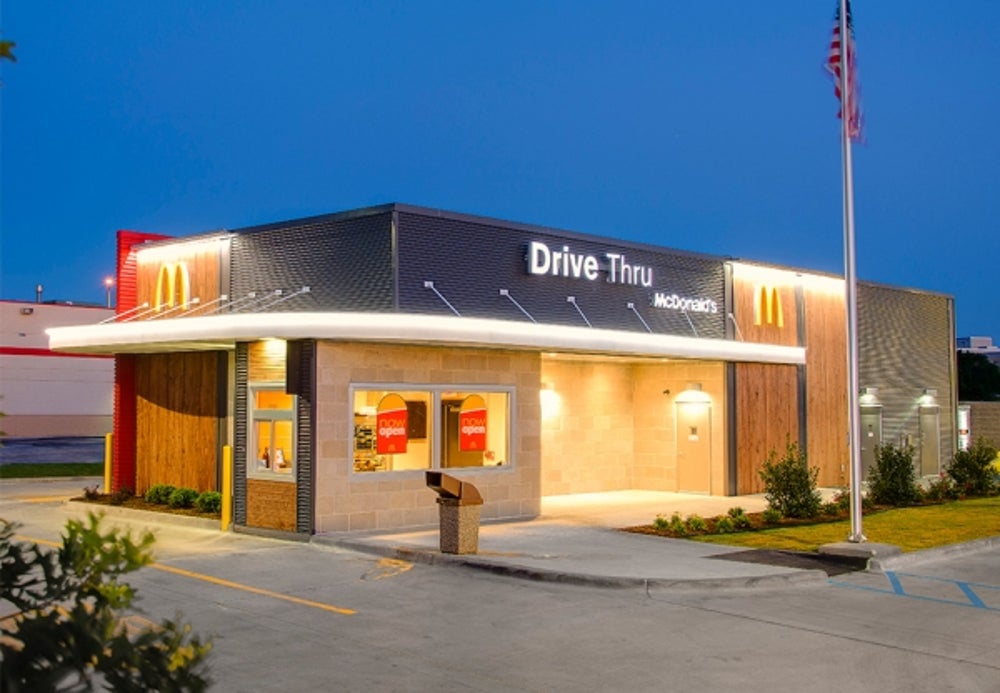 At the beginning of 2015, naysayers had McDonald’s in a slide toward irrelevancy. The numbers seemed to bear that out: The company hadn’t posted quarterly growth in almost two years. But in the second half of 2015, the old mainstay began to bounce back.

Not only did McDonald’s post positive growth in the third quarter, it also made headlines by offering all-day breakfast. Under the leadership of new CEO Steve Easterbrook, the company began slimming its menu and improving quality, adding heft to its Quarter Pounder and releasing a buttermilk chicken sandwich that quickly gained popularity. It also gave a bump in wages and benefits to many employees. As part of the turnaround, Easterbrook hopes to increase the percentage of franchised units from 81 to 90 by 2018, meaning the brand will present great opportunities for franchisees in the next few years. 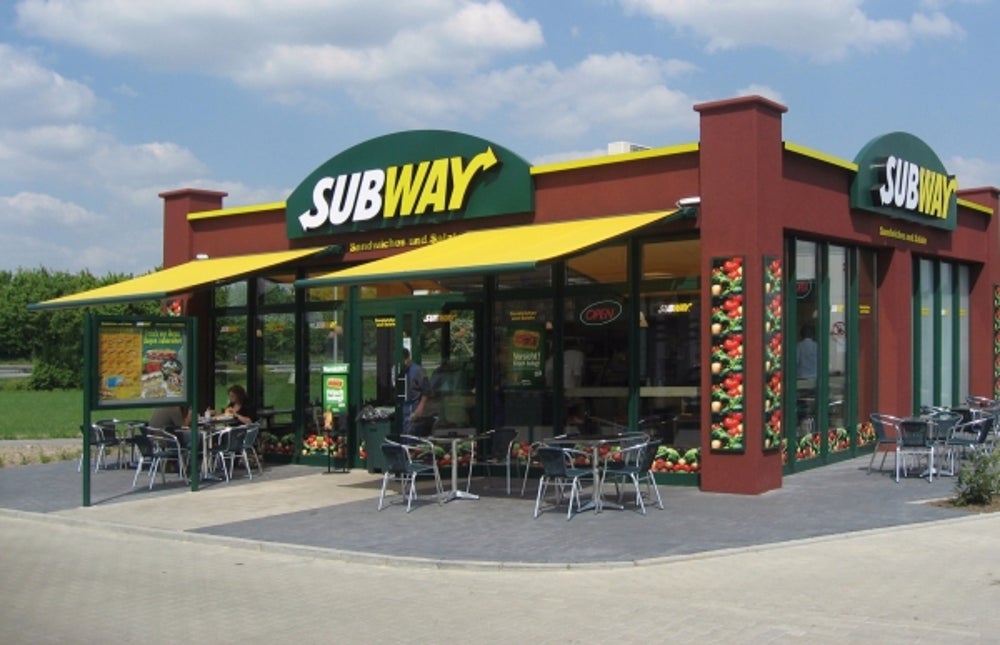 Man, what a year. While the brand celebrated its 50th anniversary, it also lost its charismatic co-founder and CEO, Fred DeLuca, who died in September. But that was overshadowed by the arrest of longtime spokesman Jared Fogle on charges of child pornography, a saga still fueling bad publicity and intimations of a coverup. Subway even settled a class-action lawsuit accusing the company of coming up short on its 6-inch and foot-long subs.

But don’t weep for Subway. With more than 44,333 units in 111 countries, it remains a franchising power. And as fast-casual brands begin to change consumer demands, Subway is attempting to keep pace. The company announced that it will remove all artificial colors, flavors and preservatives from its menu items by the end of 2017. By 2025, it will finish a transition to antibiotic-free meats.

In the U.S., growth is still focused on nontraditional locations like airports and college campuses and on the few cities not dominated by the brand. But in other countries, there is still plenty of room to grow -- which means that after the turmoil of 2015, Subway will likely keep chugging along. 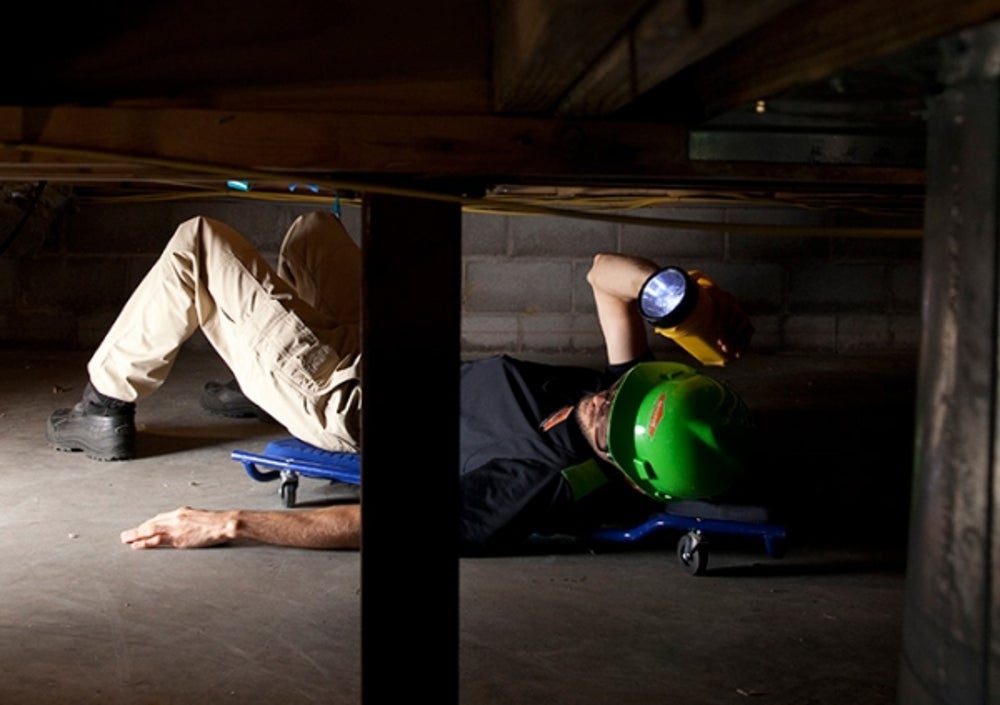 Servpro has been cleaning up the aftermath of floods, fires and other disasters in people’s homes for nearly 50 years. Now, the Gallatin, Tenn.-based company has another focus -- cleaning up commercial disasters. That’s the plan for expanding its reach and fueling the next half century of growth.

In 2015 Servpro opened 28 units, including one new franchise in Canada, part of its first steps in international expansion. The company also deployed its rapid-response teams to Texas and South Carolina during the fall’s floods, and to California during its catastrophic wildfires.

But, says the company, the biggest movements have been internal, with the improvement and adoption of its DryBook software, which allows technicians to track the steps of a restoration project according to industry best practices, and its Here to Help Connection, which lets customers track the progress of their cleanups in real time. 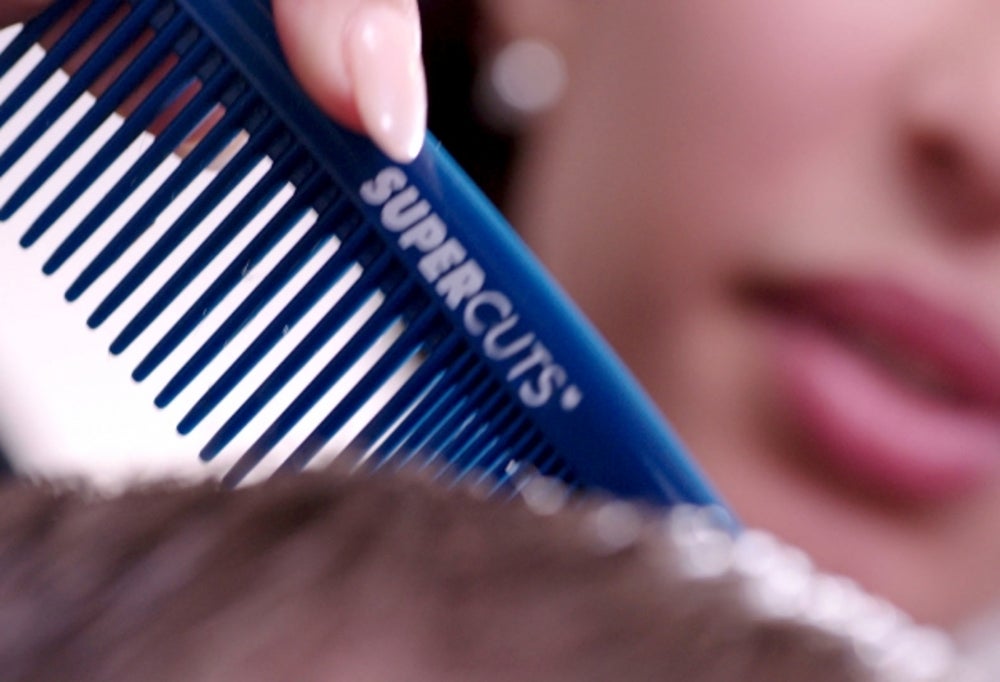 Supercuts execs admit that they really didn’t do anything different in 2015, even though the company rose two positions from No. 5 on last year’s Franchise 500®. That’s because the momentum that began four years ago -- when the brand, owned by the Regis Corporation, recommitted itself to the franchise model and hired a new team of franchise professionals -- is still carrying it to incredible growth. Supercuts, which has more than 2,400 salons, added 144 franchisees in fiscal 2014 and 154 in 2015. Estimates call for similar numbers in 2016.

The reason Supercuts is so successful, explains Kurt Landwehr, vice president of franchise development, is that 90 percent of new units are part of multi-store deals. “Because our concept is manager-run, multi-unit franchisees find us attractive,” he says. “We have franchisees who own close to 100 units. It takes them decades to get to that point, but [owning] five, six or 10 stores is pretty common.” 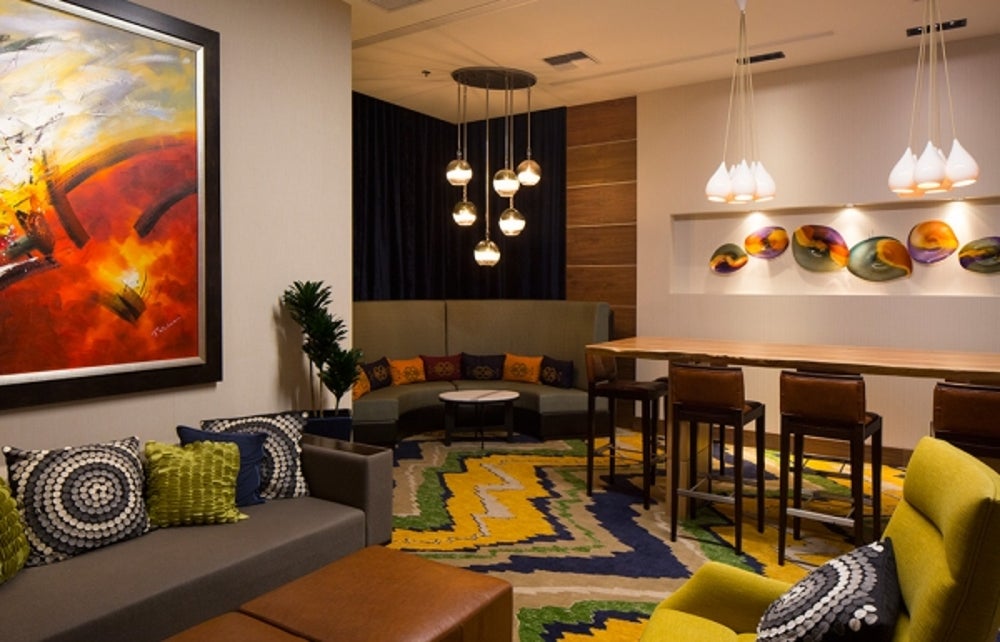 This will be the last time the name Hampton Inn appears in the top 10 of the Franchise 500®. Blame globalization: By next year, the system’s North American arm will be rebranded Hampton by Hilton to bring it in line with the rest of the company, which is building a major international reputation under that name.

The brand currently has 2,080 units in 17 countries and is still expanding, with more than 450 hotels in the brand’s pipeline. This year will see the first Hampton in China, part of a 400-unit plan. In the U.S., the first unit in Hawaii is under construction, marking the brand’s presence in all 50 states. And Hampton will continue its strategy of bringing its midprice offerings to urban centers like Seattle and San Francisco.

“We like to say that happy guests make happy owners, which make a happy brand and a happy company,” says Phil Cordell, global head for focused service and Hampton brand management for Hilton Worldwide. “We’re a 30-year-old brand that continues to differentiate ourselves and stay ahead of the curve.” 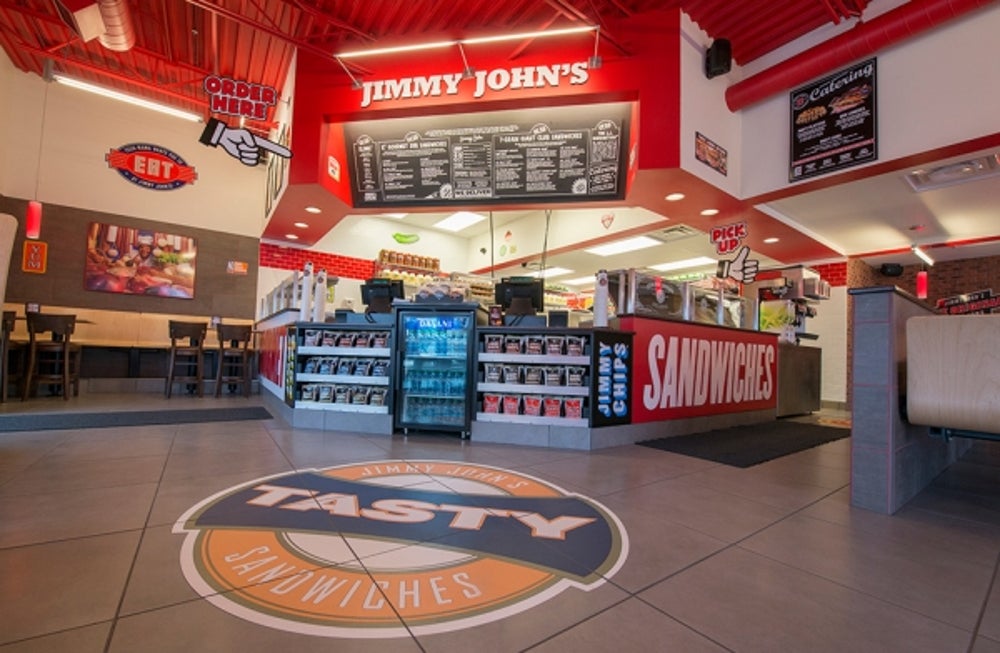 When the enthusiastic Jimmy John Liautaud was handing out free sandwiches to college students on the streets of Mattoon, Ill., in the ’80s, nobody would have guessed that the 19-year-old’s irreverent style and simple subs would one day be the hallmarks of the nation’s No. 1 franchise.

Three decades later, Jimmy John’s is, for the first time, exactly that. The first store didn’t even have a budget for an ice machine. But Liautaud’s persistence, do-or-die attitude and innovative model of delivering fresh sandwiches straight to customers’ doors helped his brand expand slowly but steadily over the decades, first to other college towns and more recently to just about everywhere. Now, he has more than 2,400 “freaky fast” sandwich shops and another 1,250 in the pipeline -- and all of them put ice in the sodas. It was enough to propel the chain from No. 6 last year to No. 1 on the 2016 Franchise 500®.

That is what really put JJ’s on top: commitment to customers. But perhaps not the ones you’re thinking of. “Our franchisees are our customers,” says Liautaud, who claims that creating a model and a system that makes money for franchisees has been the key to his success. “Last year we didn’t have any stores close at all. Hopefully, that will be the same this year. In the last decade, we’ve had only 30 stores close. We spend a lot of time working with franchisees and teaching them how to do what we do. We teach them to take care of the small stuff. If you do that, the big stuff takes care of itself.”

Liautaud doesn’t see any major changes on the horizon -- the menu rarely, if ever, varies, and there are few discounts, specials or limited-time offers. Over the next few years, JJ’s aims to fill in markets in which it has only a few units. But most important, Liautaud wants to keep on top of what made the brand so popular in the first place: quality food and superfast service and delivery.

The biggest differentiator -- delivery -- is especially important now, as dozens of other brands are testing and launching similar programs, mostly through third-party services. But Liautaud thinks his company’s reputation and multidecade head start will keep him on top.

“There’s a lot of great competition out there today, and we have to work extra hard. Twenty years ago, our sandwich was a specialty sandwich. Now it’s almost a commodity. Everyone’s food is great. Panera is phenomenal,” he says. “But I think time is the new currency. When you can provide a service that fits into people’s lives, you’re certainly ahead of the game. If a product is excellent and holds up from the time it’s made to the time it’s delivered, you have a winner. But if it doesn’t hold up, that can kill a brand. There’s nothing worse than 30-minute-old french fries.”