Add Some Sprinkle to National Doughnut Day With These Franchises

On a tough morning, sometimes there’s only a few things that help to get you moving and out of bed.

In some cases, it might be a cup of coffee, a satisfying protein shake. But in special circumstances, like National Doughnut day, the excitement of biting into a cream-filled doughnut is more than enough motivation to get going.

To celebrate the day properly, check out these franchises to get your sugar cravings filled. 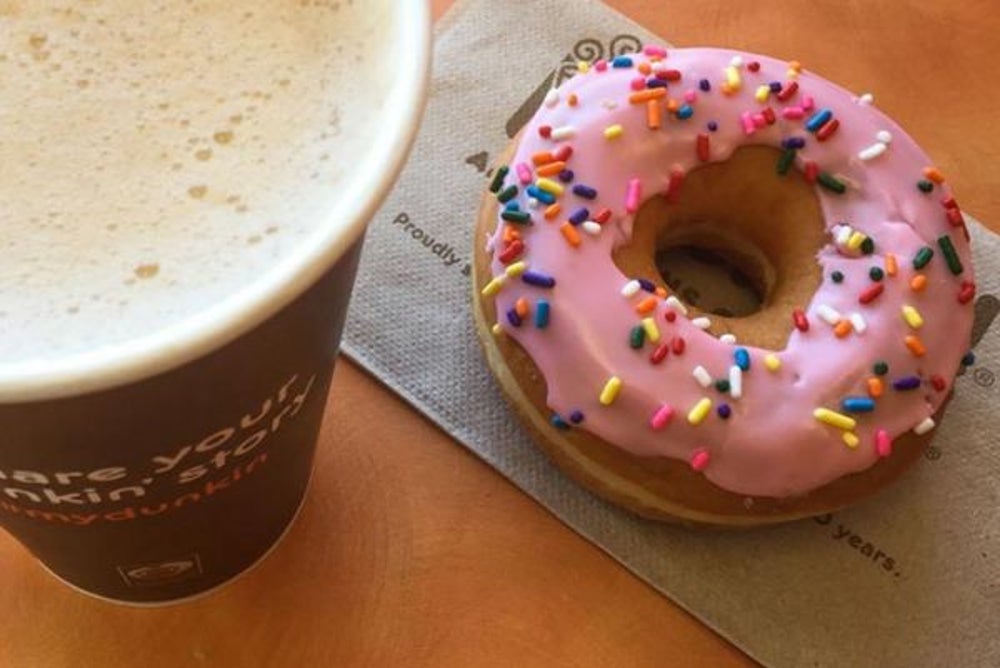 Known for its fresh out of the oven treats, Dunkin’ Donuts got its start in 1948 with a restaurant called “Open Kettle” in Quincy, Mass.

Founded by William Rosenberg, the doughnuts back then were sold for only 5 cents, a cup of coffee for 10. The name was later changed to Dunkin’ Donuts in 1950 with the goal to offer its food and drinks as fresh as possible.

By 1955, its first franchise opened and in just 10 years, the company had more than 100 locations. Since then, the franchise has grown to include more than 11,000 locations worldwide in 43 countries and serves 1.9 billion cups of coffee a year. With plans for continued growth, Dunkin’ Donuts has landed as No. 8 on Entrepreneur's Franchise 500 list. 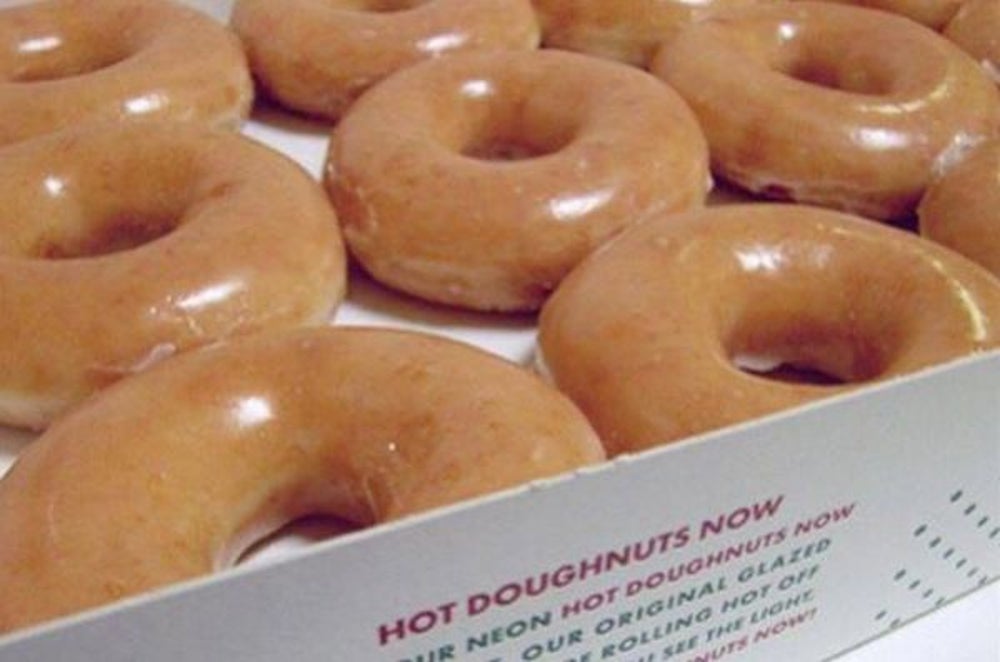 Looking for a more traditional taste in the morning? Open since 1937, Krispy Kreme might be a safe bet.

The restaurant was founded by Vernon Rudolph, armed with a secret recipe for a yeast-raised doughnut from a New Orleans French chef. He rented a building in old Salem in Winston-Salem, N.C. and started selling to local grocery stores.

With the smell drifting out to the streets, folks kept stopping to ask for a taste. So, Rudolph cut a hole in the wall and started selling fresh doughnuts direct to consumers. By 1945, the original glaze was created and 10 years later, the restaurant began franchising. By Feb. 2015, the franchise has grown to more than 1,000 locations and has earned its way to No. 199 on Entrepreneur’s Franchise 500 list. 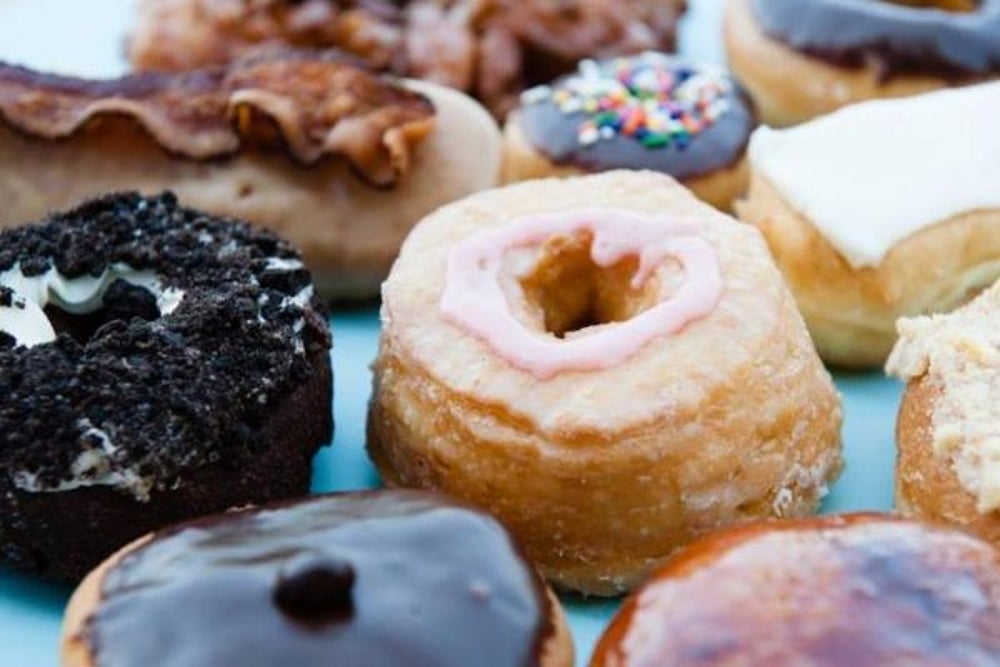 If you’re going for something with a more hometown spin, try Rise Biscuits & Donuts for size.

The restaurant was founded in Durham, N.C. in 2012 with the help of a simple vision to offer good food at a fair price. It offers fresh biscuits and donuts on the daily with an assortment of refreshments from coffee to juice and milk, accompanied by an accommodating waitstaff.

Since its founding, the company has since expanded with locations in the state of North Carolina. 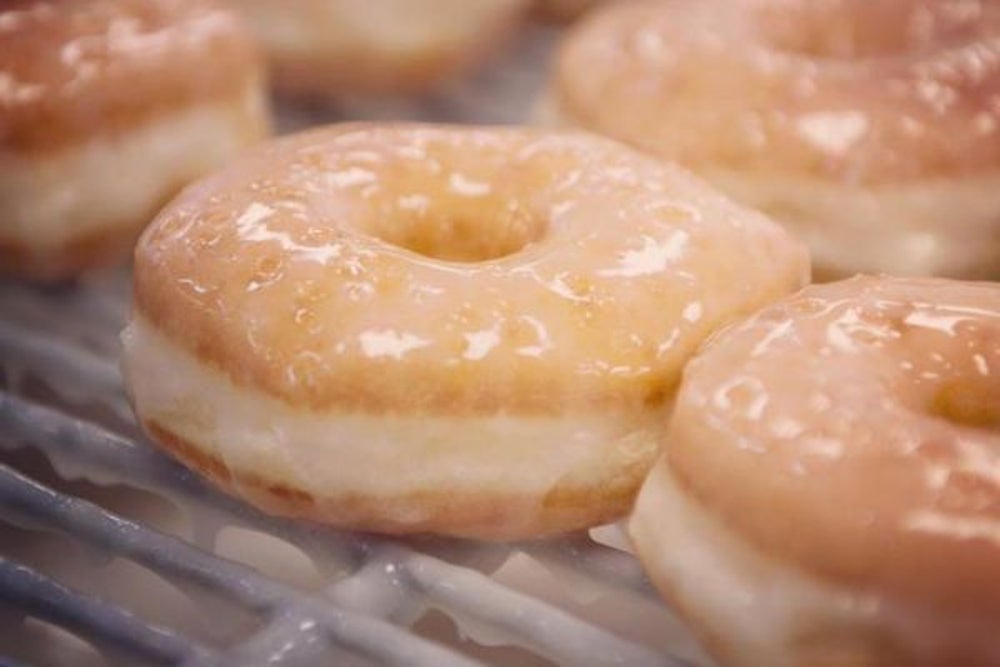 With more humble beginnings, Shipley Do-Nuts got its start at the end of the Great Depression in 1936 thanks to founder Lawrence Shipley.

His rendition of the classic recipe featured doughnuts cut by hand and served hot throughout the day. Sold only at wholesale, the treats were only 5 cents each. With such meticulous attention to detail in its creation, it didn’t take long for the restaurant to take off and begin selling on the retail market by the mid 1940s.

Shipley worked in the business his whole life and helped to expand the company to more than 190 stores in Alabama, Arkansas, Louisiana, Mississippi, Tennessee, and Texas and produce more than 60 varieties of doughnuts.