10 Quotes on Following Your Dreams, Having Passion and Showing Hard Work from Tech Guru Michael Dell

If you're in need of a little motivation, check out these quotes from Dell's CEO, founder and chairman.
Next Article

There’s much to learn from one of the computer industry’s longest tenured CEOs and founders, Michael Dell. As an integral part of the computer revolution in the 1980s, Dell launched Dell Computer Corporation from his dorm room at the University of Texas. And it didn’t take Dell long before he’d launched one of the most successful computer companies. Indeed, by 1992 Dell was the youngest CEO of a fortune 500 company.

Dell’s success had been long foreshadowed. When he was 15, Dell showed great interest in technology, purchasing an early version of an Apple computer, only so he could take it apart and see how it was built. And once he got to college, Dell noticed a gap in the market for computers: There were no companies that were selling directly to consumers. So, he decided to cut out the middleman and began building and selling computers directly to his classmates. Before long, he dropped out of school officially to pursue Dell.

Fast forward to today. Dell is not only a tech genius and businessman, but a bestselling author, investor and philanthropist, with a networth of $24.7 billion. He continues his role as the CEO and chairman of Dell Technologies, making him one of the longest tenured CEOs in the computer industry.

So if you’re in need of some motivation or inspiration, take it from Dell. 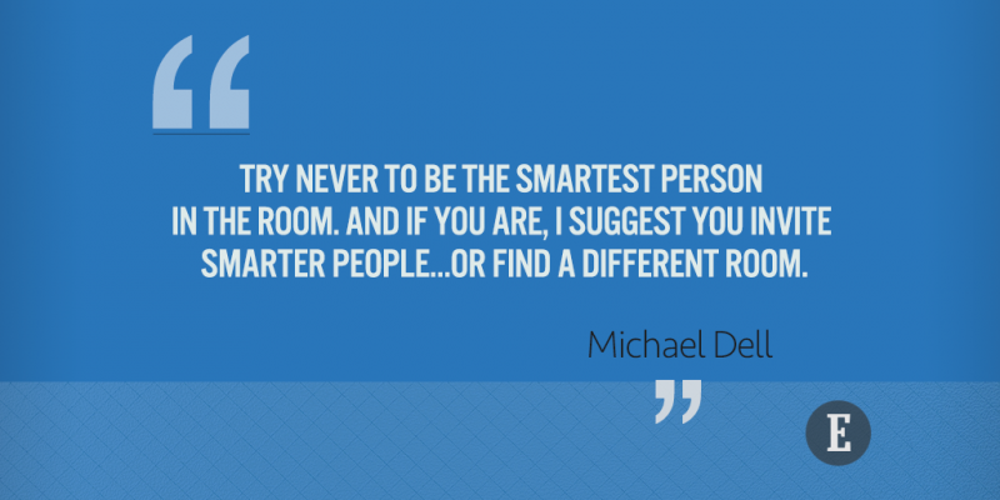 Image credit: Entrepreneur
“Try never to be the smartest person in the room. And if you are, I suggest you invite smarter people…or find a different room.” -- Michael Dell 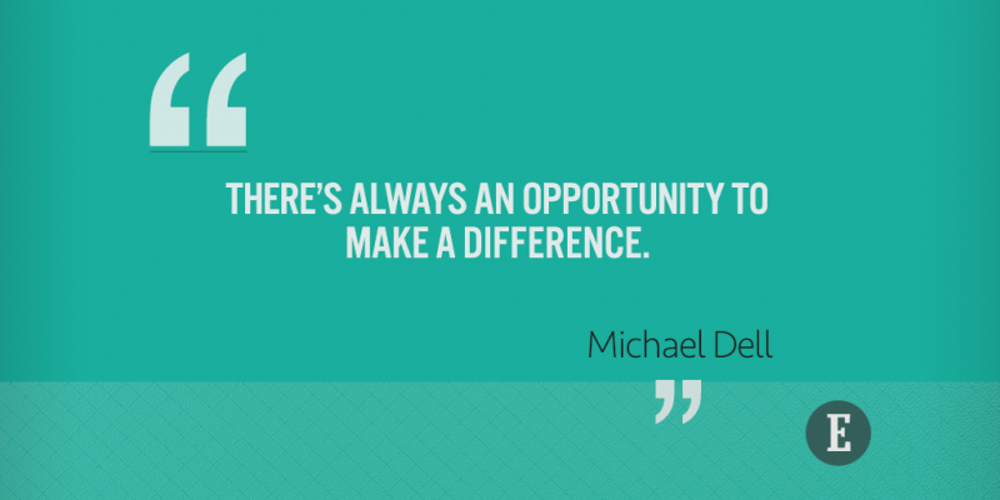 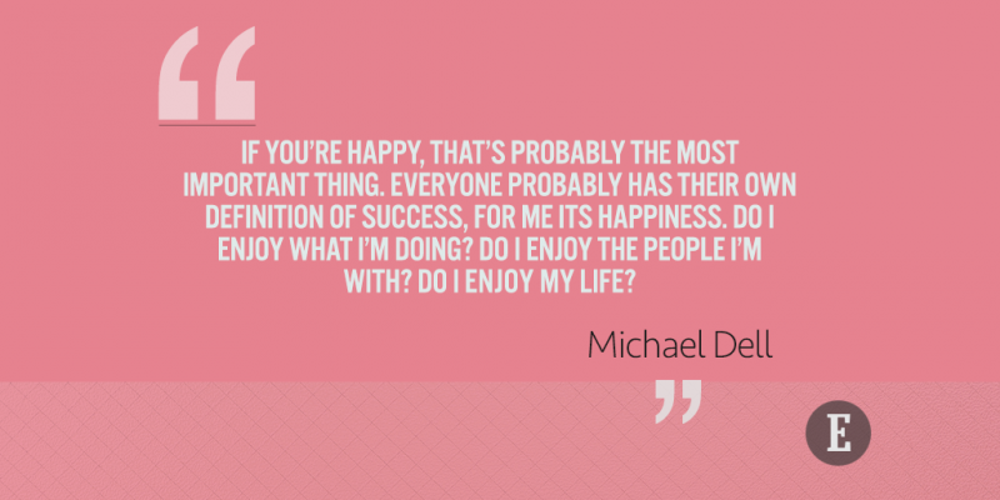 Image credit: Entrepreneur
“If you’re happy, that’s probably the most important thing. Everyone probably has their own definition of success, for me its happiness. Do I enjoy what I’m doing? Do I enjoy the people I’m with? Do I enjoy my life?” -- Michael Dell 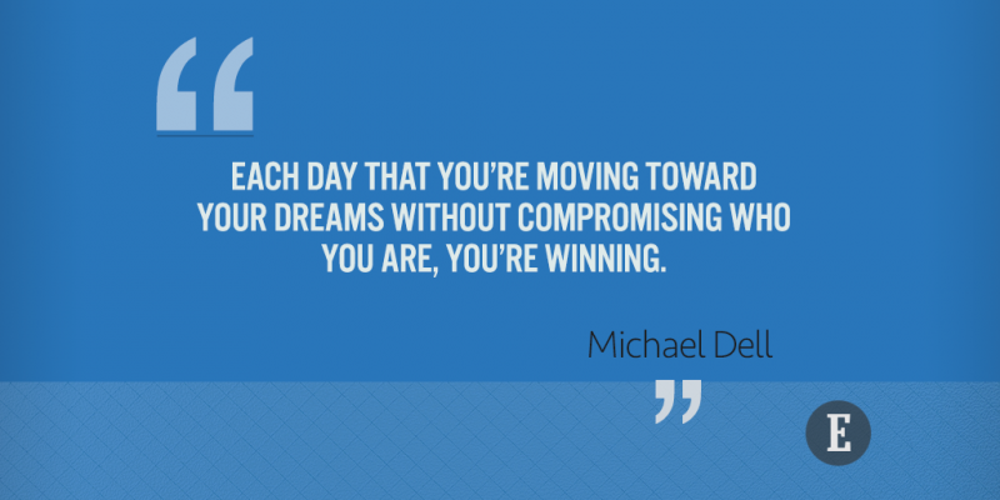 “Each day that you’re moving toward your dreams without compromising who you are, you’re winning.” -- Michael Dell

On following your dreams 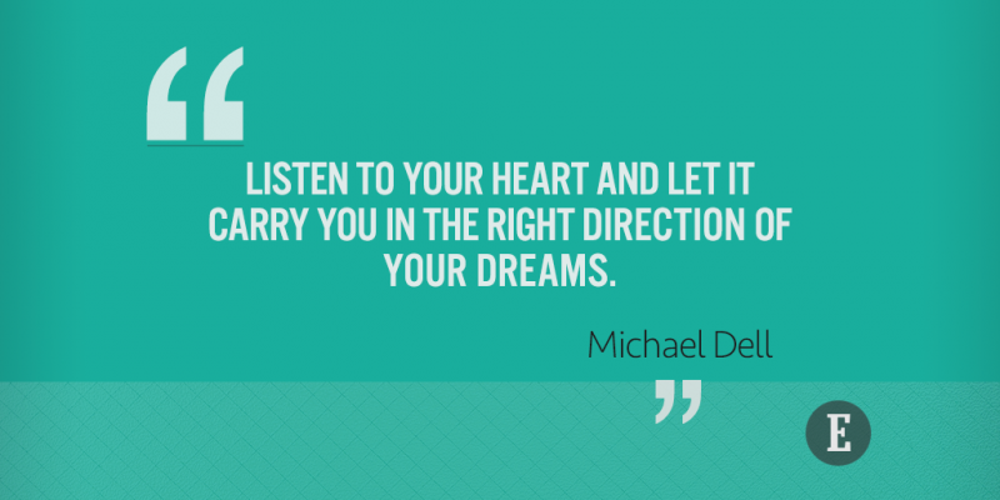 Image credit: Entrepreneur
“Listen to your heart and let it carry you in the right direction of your dreams.” -- Michael Dell 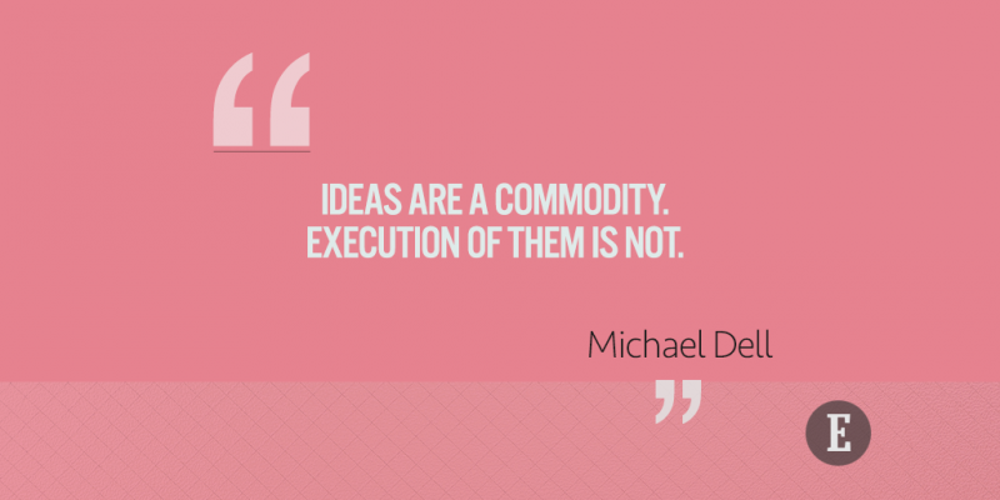 Image credit: Entrepreneur
“Ideas are a commodity. Execution of them is not.” -- Michael Dell 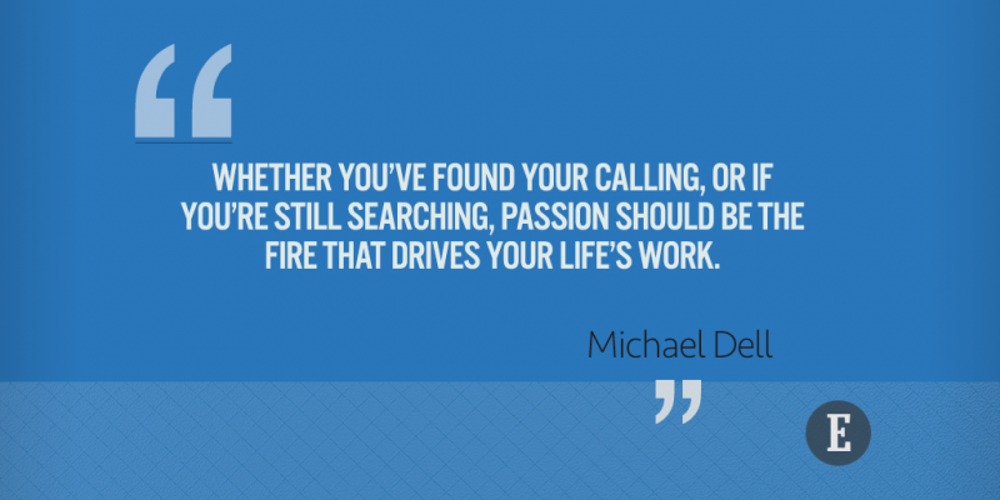 “Whether you’ve found your calling, or if you’re still searching, passion should be the fire that drives your life’s work.” -- Michael Dell 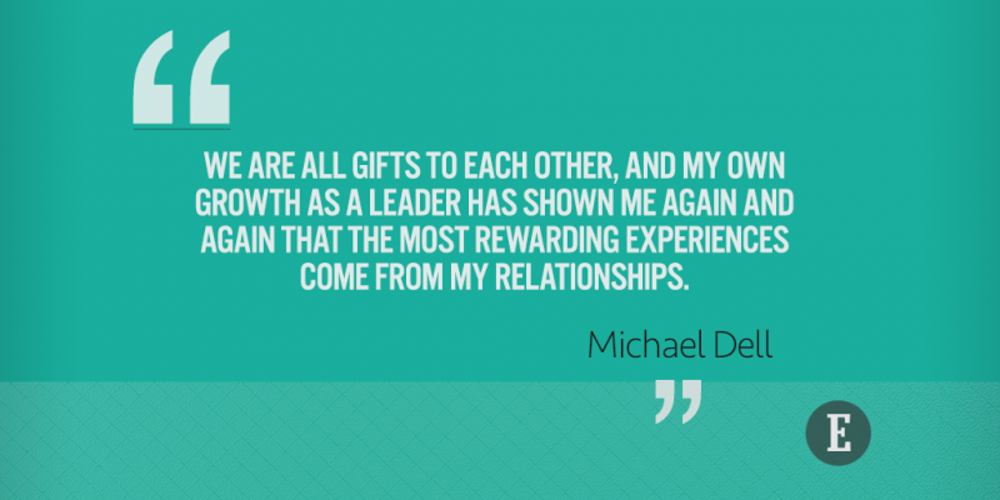 Image credit: Entrepreneur
“We are all gifts to each other, and my own growth as a leader has shown me again and again that the most rewarding experiences come from my relationships.” -- Michael Dell 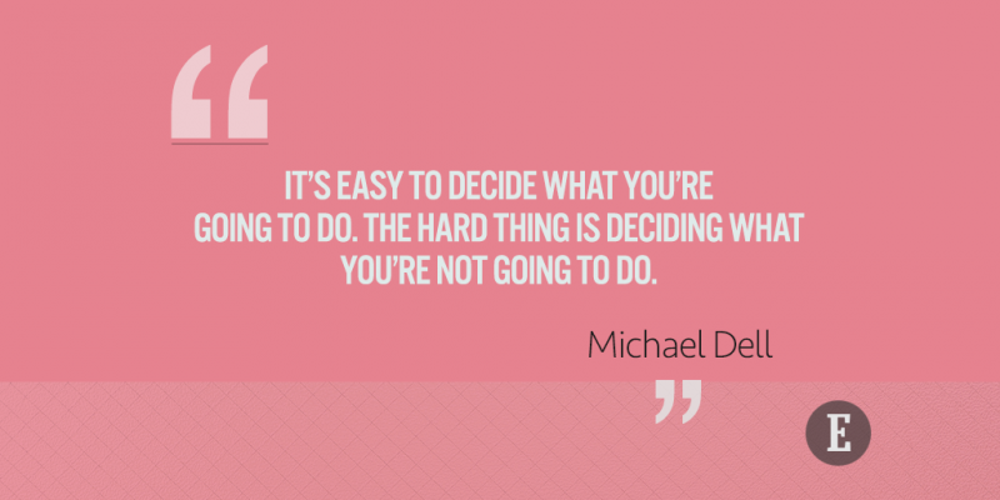 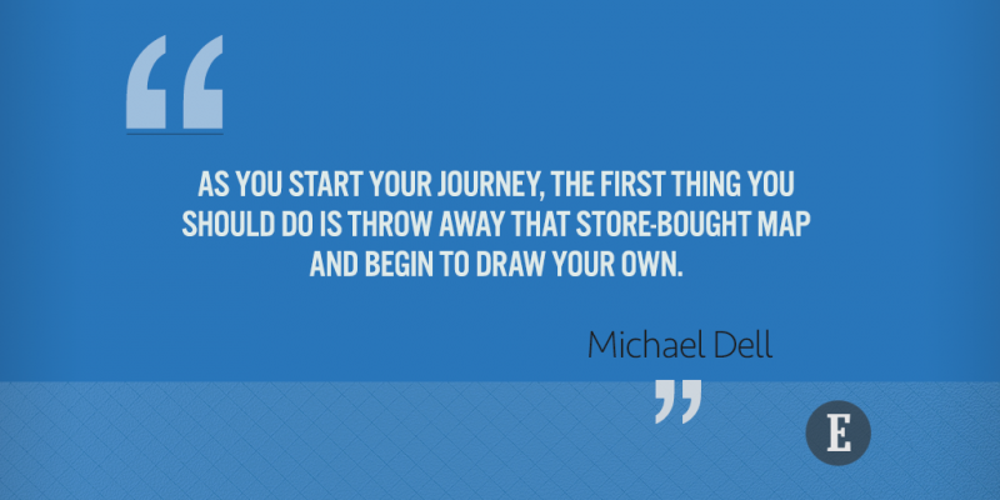 Image credit: Entrepreneur
“As you start your journey, the first thing you should do is throw away that store-bought map and begin to draw your own.” -- Michael Dell
More from Entrepreneur