There's more to learn from McCartney than to 'let it be.'
Next Article

There's a place in everyone's heart for The Beatles, the British band that reshaped not only music but pop culture forever. From "Eleanor Rigby" to "Let It Be," the hundreds of songs that John Lennon, Paul McCartney, George Harrison and Ringo Starr produced have had a lasting effect on history and modern culture. And McCartney's solo career has been just as impressive.

While some of the band members' stories ended in tragedy and others fizzled out, McCartney continued to stay in the public eye as both a musician and a public figure. Beyond creating his own musical career outside the group, McCartney made considerable non-musical contributions to society, too. From being knighted and receiving the Most Excellent Order of the British Empire to becoming an honorary NYPD detective for his investigative efforts after 9/11, McCartney has impacted the world through music as well as charity.

With 18 Grammy awards (not to mention 78 nominations), the Library of Congress' Gershwin Prize, a Kennedy Center Honors and a Legion of Honors from former French president Francois Hollande, McCartney's list of both musical and non-musical awards goes on.

To learn more from the world-renowned musician, public figure and humanitarian, check out these 10 quotes from Paul McCartney. 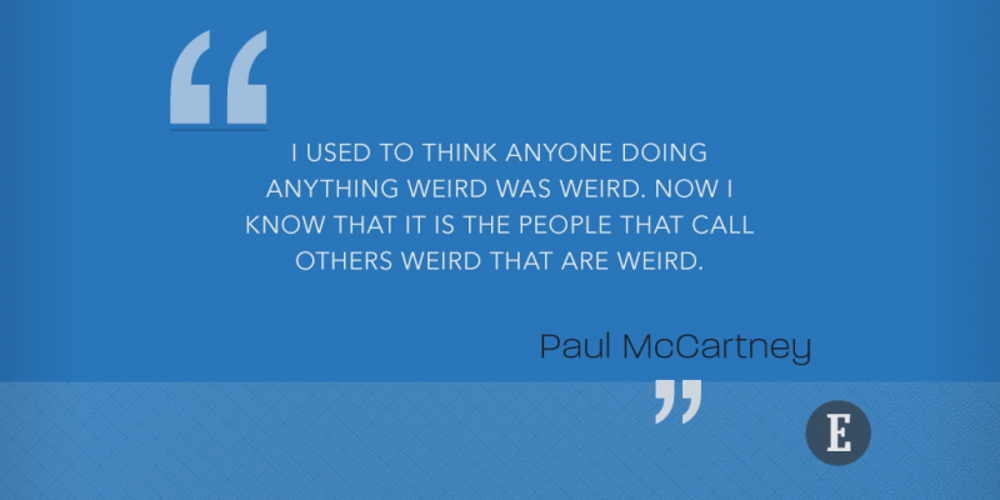 Image credit: Entrepreneur
"I used to think anyone doing anything weird was weird. Now I know that it is the people that call others weird that are weird." -- Paul McCartney 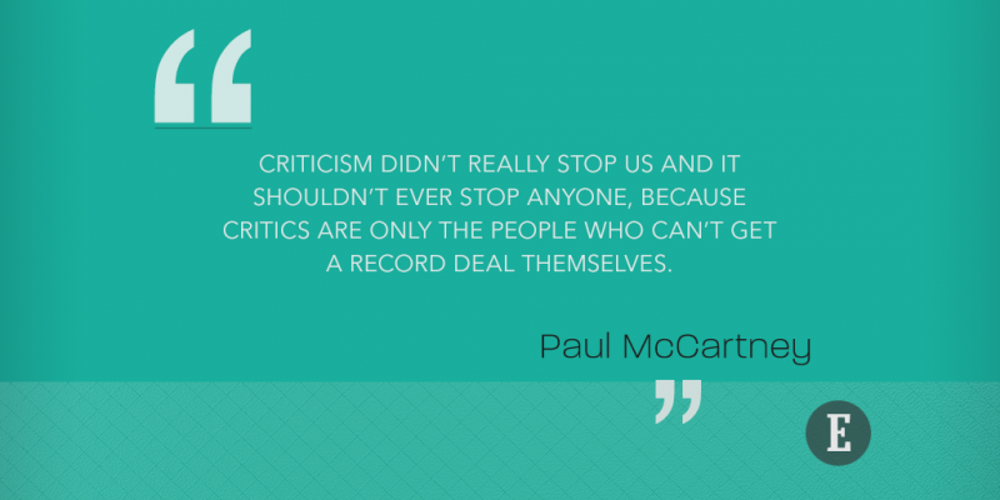 Image credit: Entrepreneur
"Criticism didn't really stop us and it shouldn't ever stop anyone, because critics are only the people who can't get a record deal themselves." -- Paul McCartney 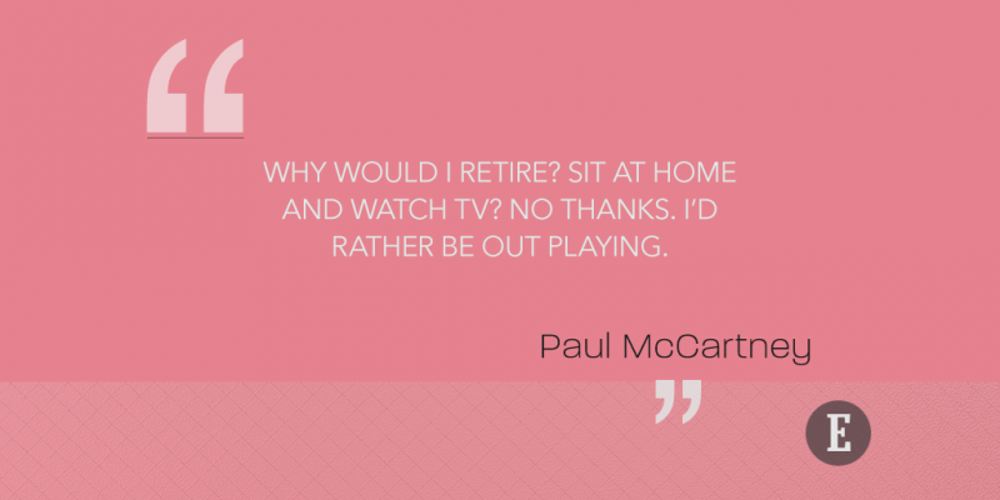 "Why would I retire? Sit at home and watch TV? No thanks. I'd rather be out playing." -- Paul McCartney 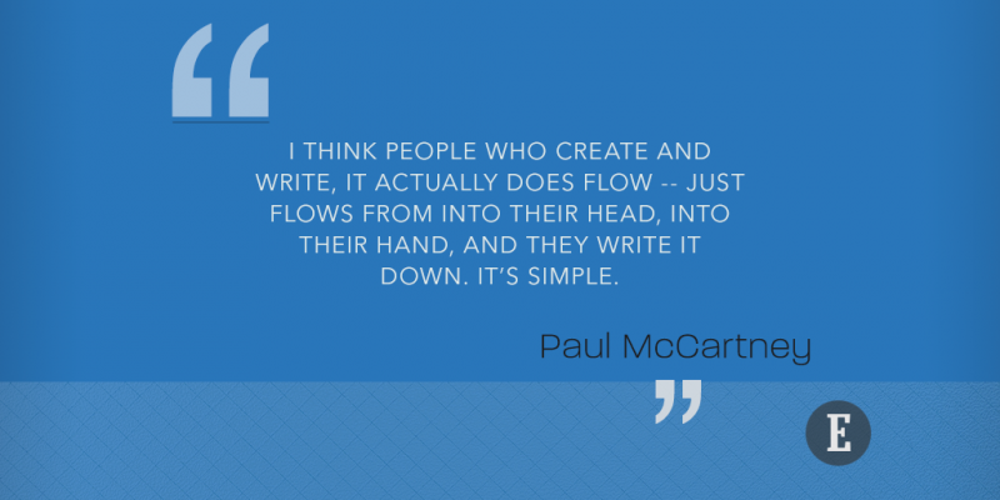 Image credit: Entrepreneur
"I think people who create and write, it actually does flow -- just flows from into their head, into their hand, and they write it down. It's simple." -- Paul McCartney 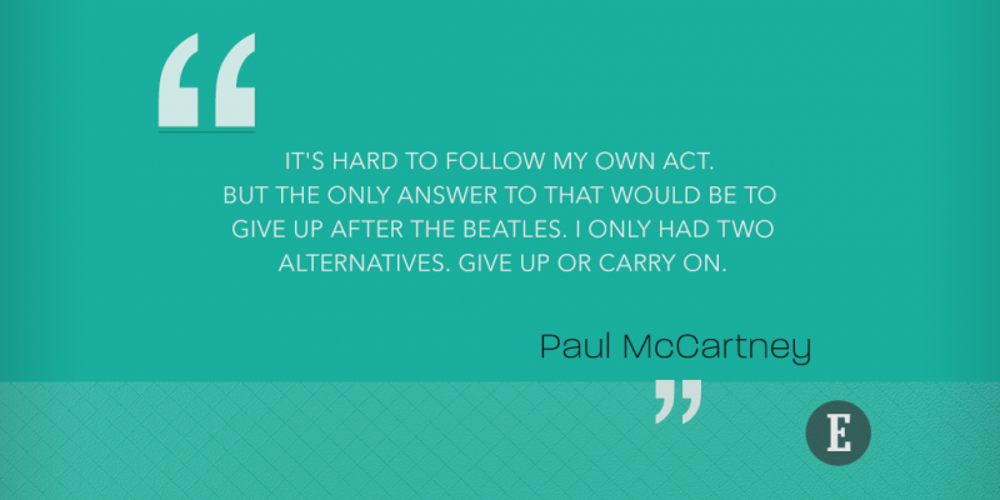 Image credit: Entrepreneur
"It's hard to follow my own act. But the only answer to that would be to give up after the Beatles. I only had two alternatives. Give up or carry on." -- Paul McCartney 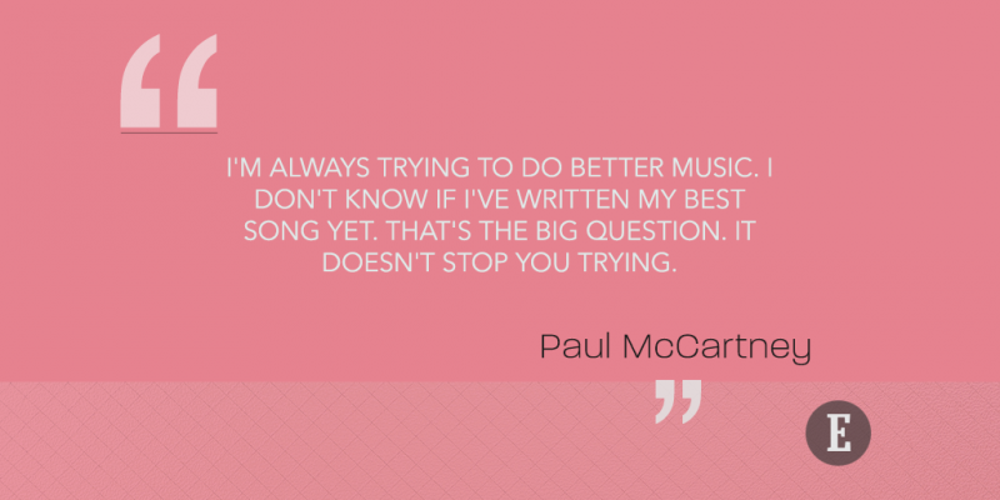 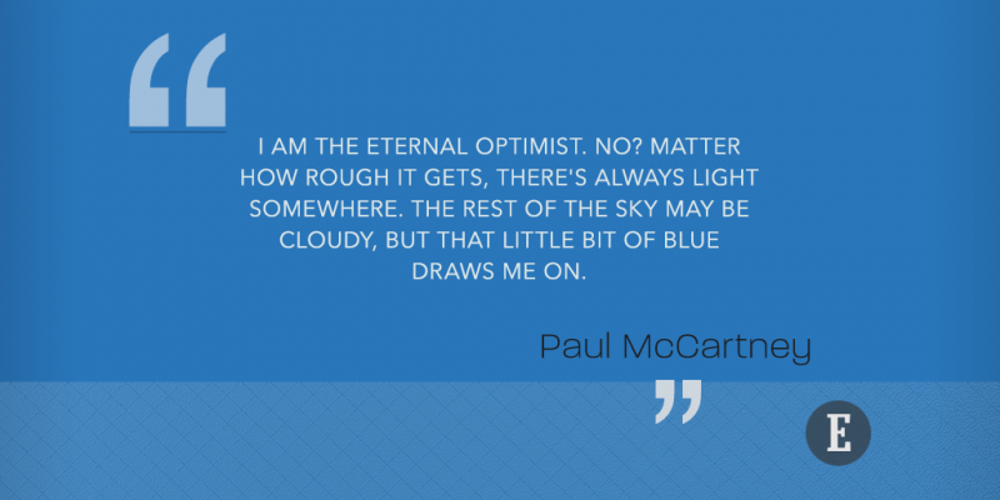 "I am the eternal optimist. No matter how rough it gets, there's always light somewhere. The rest of the sky may be cloudy, but that little bit of blue draws me on." -- Paul McCartney 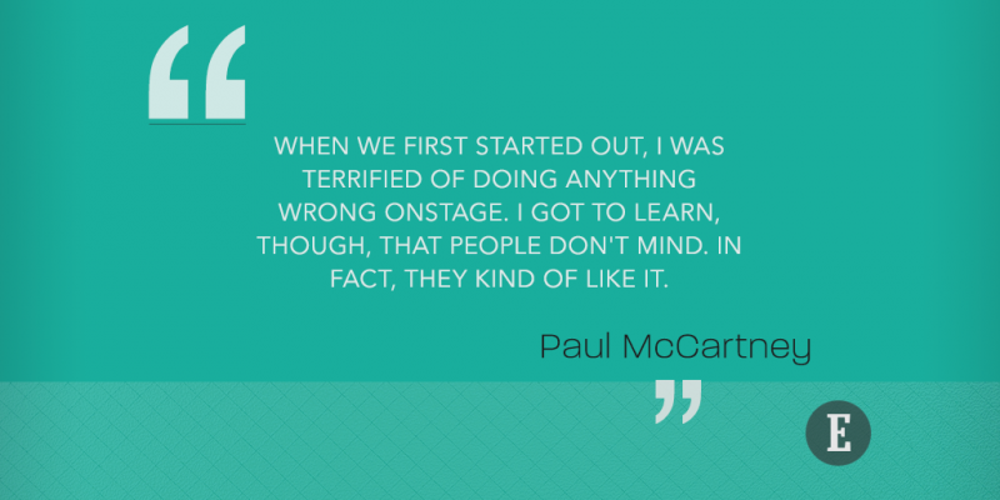 "When we first started out, I was terrified of doing anything wrong onstage. I got to learn, though, that people don't mind. In fact, they kind of like it." -- Paul McCartney 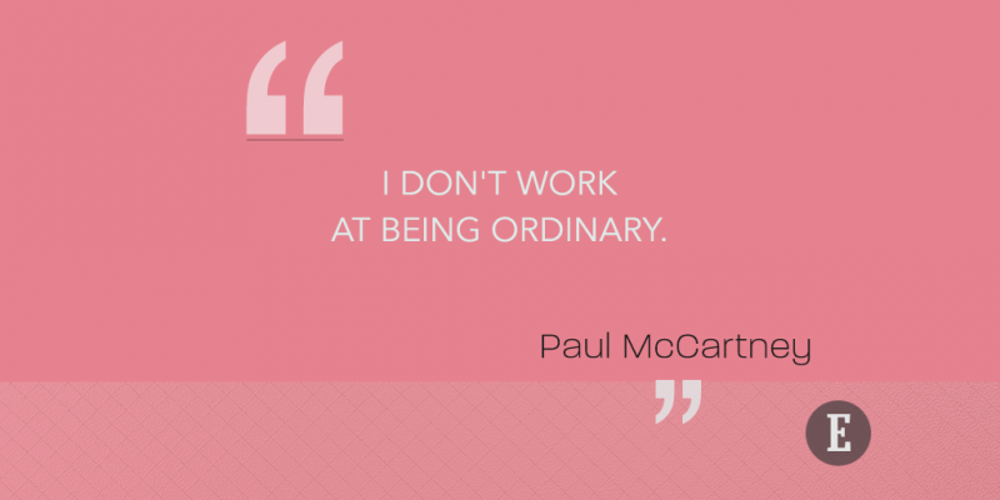 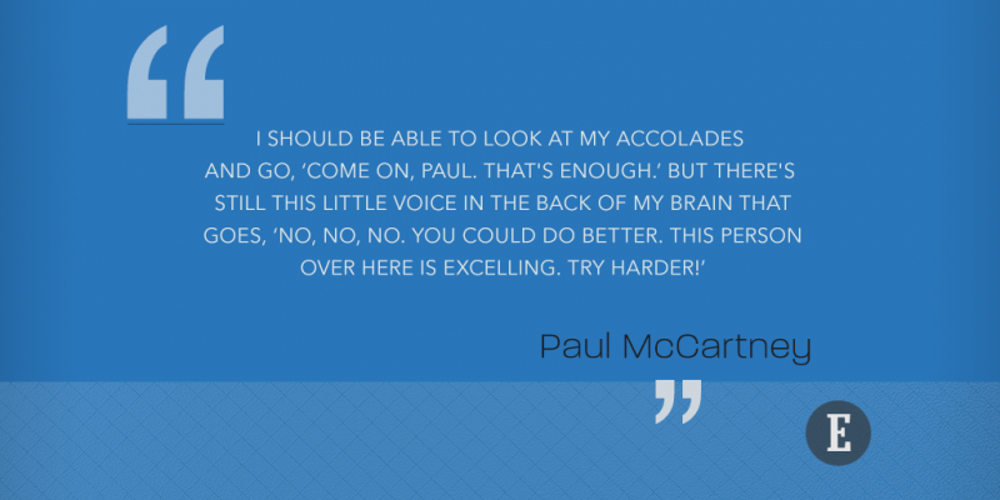 Image credit: Entrepreneur
"I should be able to look at my accolades and go, 'Come on, Paul. That's enough.' But there's still this little voice in the back of my brain that goes, 'No, no, no. You could do better. This person over here is excelling. Try harder!'" -- Paul McCartney
More from Entrepreneur