Mr. Wonderful's 'tough love' approach to business has helped him make millions. There's a lot to learn from him.
Next Article

You might know him as the tough, truth-telling investor “Mr. Wonderful” on ABC’s Shark Tank, however there’s much more than what you see on screen. Entrepreneur, investor, author and television personality Kevin O’Leary got his major business break when he co-founded SoftKey, a tech company that packaged floppy disks and CDs in the 1980s. After buying The Learning Company, a company that created educational and entertainment games in 1995 and absorbing it into SoftKey, O’Leary sold the company to Mattel for more than $3 billion, making him a multimillionaire.

Since then, O’Leary has gone on to become a world-renowned investor and business magnate, with one of his latest ventures being O’Leary Funds, launched in 2008. Throughout his career, he’s also made a big name for himself in the entertainment world, starring in Canada’s Dragon’s Den, The Lang and O’Leary Exchange and eventually ABC’s Shark Tank.

When it comes to success and entrepreneurship, there’s much to learn from O’Leary. For more, here are nine quotes on money, risk and hard work from Shark Tank’s Mr. Wonderful. 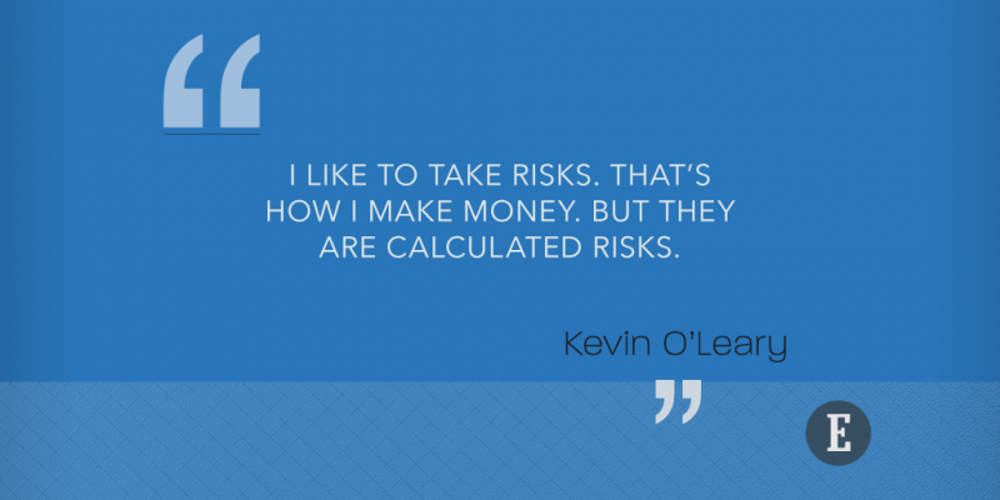 Image credit: Entrepreneur
“I like to take risks. That’s how I make money. But they are calculated risks.” -- Kevin O’Leary 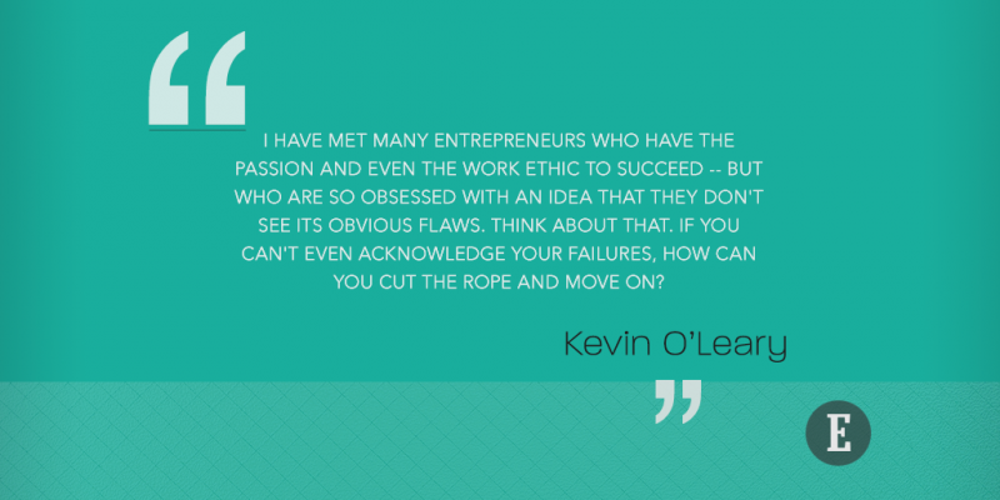 Image credit: Entrepreneur
"I have met many entrepreneurs who have the passion and even the work ethic to succeed -- but who are so obsessed with an idea that they don't see its obvious flaws. Think about that. If you can't even acknowledge your failures, how can you cut the rope and move on?" -- Kevin O’Leary 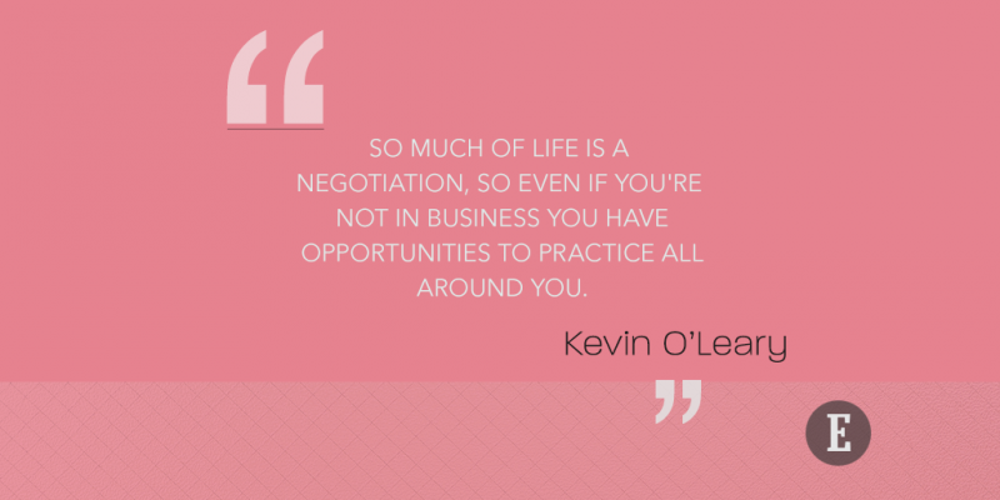 "So much of life is a negotiation, so even if you're not in business you have opportunities to practice all around you." -- Kevin O’Leary 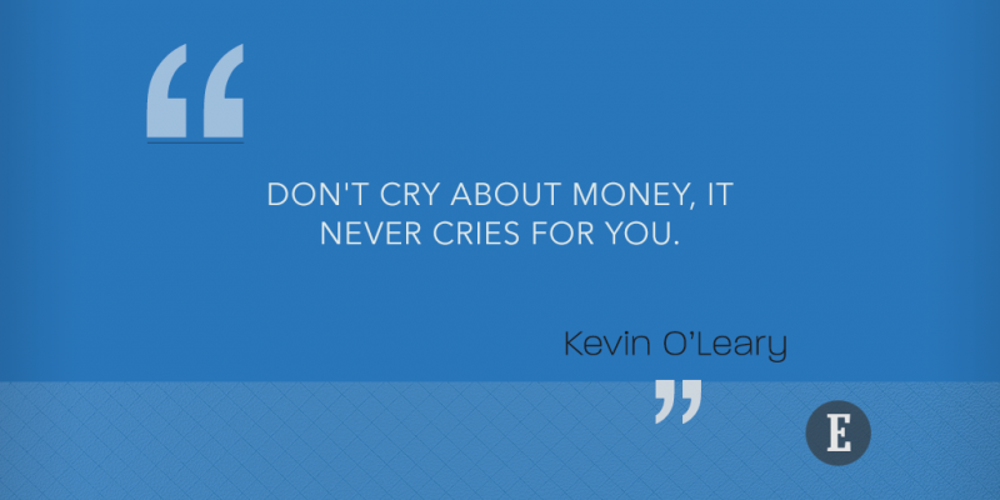 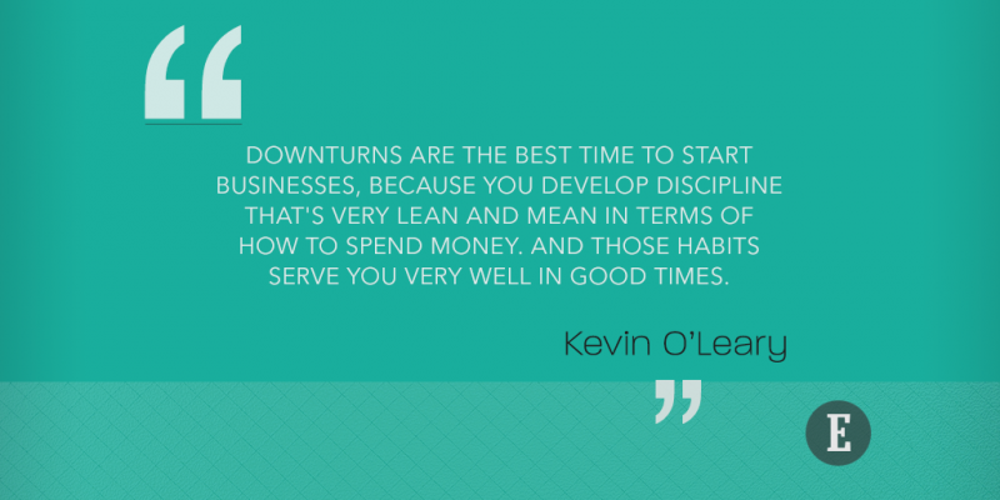 Image credit: Entrepreneur
"Downturns are the best time to start businesses, because you develop discipline that's very lean and mean in terms of how to spend money. And those habits serve you very well in good times." -- Kevin O’Leary 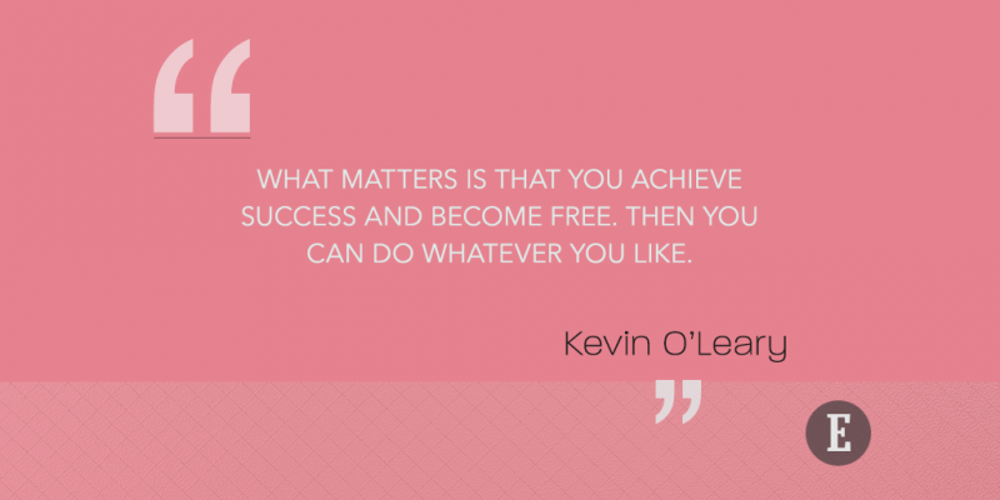 Image credit: Entrepreneur
“What matters is that you achieve success and become free. Then you can do whatever you like.” -- Kevin O’Leary 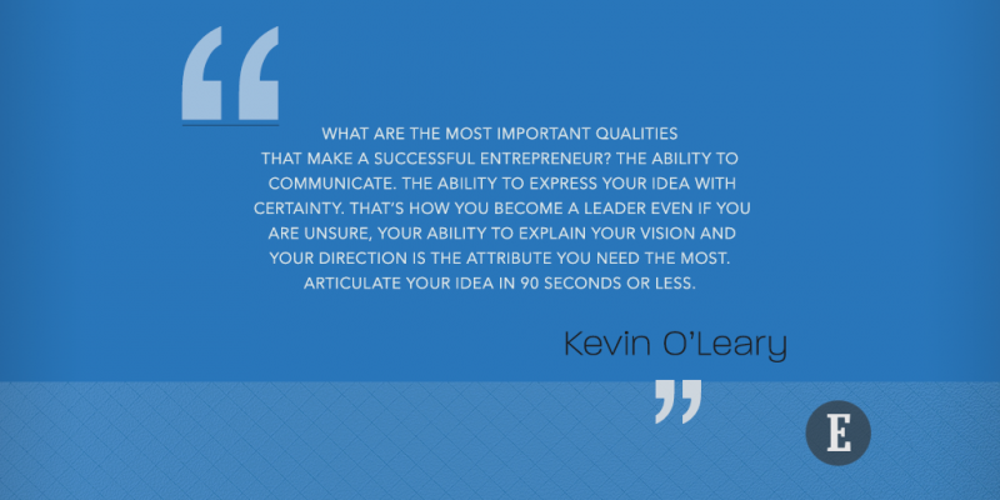 “What are the most important qualities that make a successful entrepreneur? The ability to communicate. The ability to express your idea with certainty. That’s how you become a leader even if you are unsure, your ability to explain your vision and your direction is the attribute you need the most. Articulate your idea in 90 seconds or less.” -- Kevin O’Leary 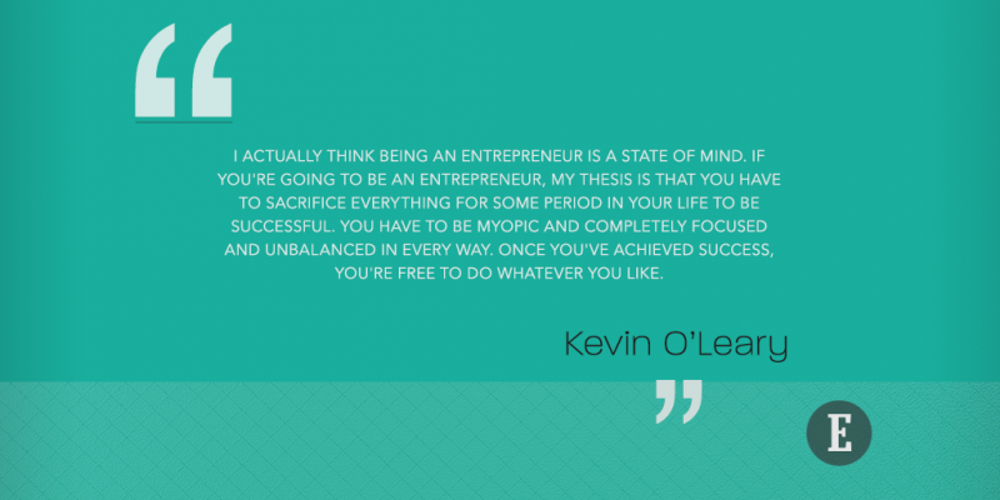 Image credit: Entrepreneur
“I actually think being an entrepreneur is a state of mind. If you're going to be an entrepreneur, my thesis is that you have to sacrifice everything for some period in your life to be successful. You have to be myopic and completely focused and unbalanced in every way. Once you've achieved success, you're free to do whatever you like." -- Kevin O’Leary 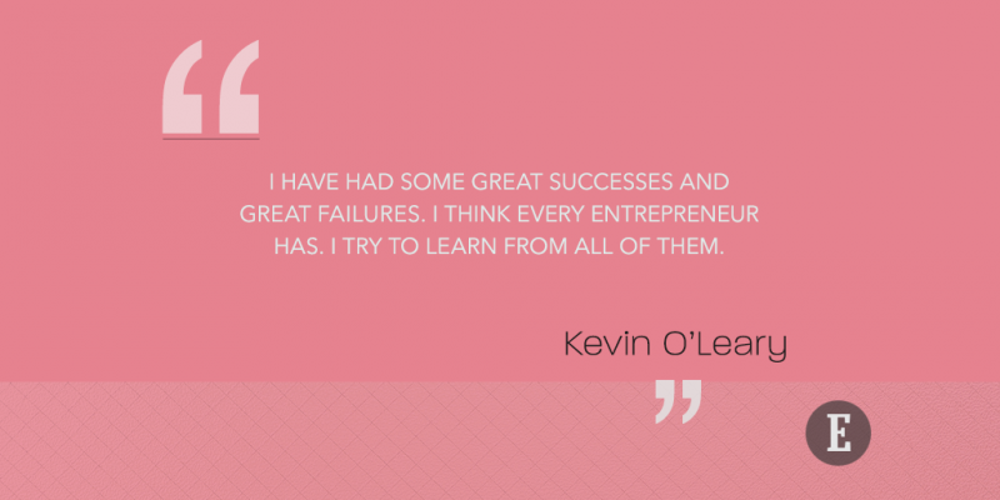 Image credit: Entrepreneur
“I have had some great successes and great failures. I think every entrepreneur has. I try to learn from all of them.” -- Kevin O’Leary
More from Entrepreneur