Moshi Monsters and the Mistake That Launched the Multimillion-Dollar Business 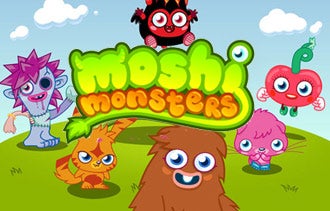 You've probably harvested crops on Farmville. You've almost certainly bruised up some pigs playing Angry Birds. But have you heard of Moshi Monsters? It's one of the biggest and fastest-growing online games for kids in the U.K. and is poised to hit it big in the U.S.

Moshi Monsters is the brainchild of Michael Acton Smith, the 37-year-old founder of Shoreditch, England-based entertainment company Mind Candy. Started in 2008, Moshi Monsters is a children's game with a social networking element that allows users to adopt and care for their own pet monsters in a virtual world. Users pay a $6 monthly fee to play the game.

With about 100 employees and a product line that now includes Moshi-branded toys, a magazine and Moshi TV, Mind Candy is aiming for monster growth. Last year, the company says it generated more than $100 million in gross sales on all Moshi Monsters-related products. 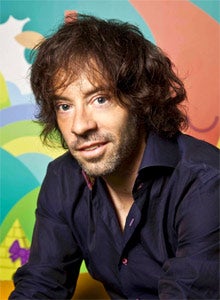 But Smith -- who had previously co-founded a popular online retail site called Firebox.com -- didn't have the smoothest of entries into the competitive children's entertainment industry. In 2005, Mind Candy first launched an online scavenger hunt game called Perplex City. But despite early acclaim, the game had a meager 50,000 paying users after two years, and Mind Candy burned through $9 million of the $10 million Smith had raised in startup funds.

On the brink of going out of business, Smith used the $1 million he had left and the lessons he'd learned from the failure of Perplex City to create Moshi Monsters. Here, Smith shares three of the biggest lessons that helped him build a multimillion dollar business:

1. Hire slow and fire fast.
When developing Perplex City, Smith says he made the mistake of hiring friends, and friends of friends, instead of seeking the most qualified people who'd mesh well with the company. He was also too slow about replacing those lackluster employees.

"Before I knew it, I had a company full of people who didn't know what they were doing," Smith says. "If you don't take your time and find amazing people, it can be hard to execute on your amazing ideas."

2. Don't believe the hype.
With Perplex City winning awards and generating lots of buzz, Smith says he and his team focused too much on all the accolades instead of growing the business.

"We were told that we were the future of the entertainment industry and unfortunately got carried away with all the hype," he says. "I ignored the fundamentals of the business and basked in the spotlight of the attention."

3. Listen to your gut instinct.
"It got to the point [with Perplex City] that I'd wake up at 4 a.m. every morning and just lie there thinking, 'what is going on?'" Smith recalls. "I didn't enjoy going to work. Nothing about it felt right."

Smith knew that Perplex City wasn't going to survive, but didn't act fast enough to save it. "If you don't think something's working, it's the job of the entrepreneur to stop and make critical changes," he says.

Chemours (CC) Surges 9.4%: Is This an Indication of Further Gains?