CEO Case Studies: A Role Model and a Cautionary Tale

By Michelle Juergen February 22, 2012
This story appears in the March 2012 issue of Entrepreneur. Subscribe » 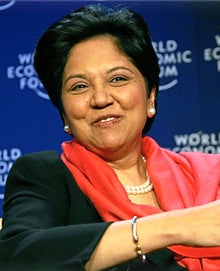 Her path: Nooyi started at PepsiCo in 1994 as chief strategist. Later roles there included senior vice president, CFO and president. She was named CEO in 2006 and chairman in 2007.