A Guide to Ambient Social Networking for Business Owners

By Mikal E. Belicove March 27, 2012
Opinions expressed by Entrepreneur contributors are their own. 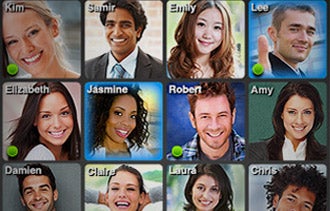 "Ambient" social networks were all the buzz at Austin's annual South by Southwest tech festival. So what are ambient networks? They include social discovery platforms and "proximity"-based apps on a smartphone or mobile device that locate other app users within the same geographical area.

Depending on the app, users can search for and connect with Facebook contacts and Twitter followers, or locate nearby app users who have friends in common or share their interests, hobbies, or even dating preferences.

Business owners can take advantage of these platforms in a variety of ways. For example, before arriving at a networking event a user can gain a critical advantage by “remembering” critical details about other attendees, such as where they work, what they do, and friends or clients they might have in common.

Brick-and-mortar merchants or trade-show exhibitors can take advantage of having contacts nearby by sending messages and push notifications related to promotions, discounts, and special offers, including some that will open up just to them for a specific amount of time since they're already in the area.

Does downloading a proximity-based app for yourself, creating a profile and then inviting customers to download and use the same app make sense for your small business? If your customers fit the following profile, they're likely to adopt these apps and platforms into their daily lives:

Ambient social networking might feel stalker-ish to some, but keep in mind that proximity-based apps are entirely opt-in. They also feature privacy controls (e.g., “only show my profile to friends of friends”), and they’re based on identification and mutual connections.

How would you use proximity-based apps to promote your small business? Let us know in the comments below.