Papa John's Founder: 'I Am the American Dream'

In 1984, John Schnatter bought $1,600 worth of used restaurant equipment, set it up in a broom closet in the back of his father’s tavern and started making pizza.

“I am the American Dream,” Schnatter told Entrepreneur.com last month at the U.S. Chamber of Commerce during National Small Business Week.

Related: How to Build an Institution, Not a Short-Term Business

Schnatter got the idea for Papa John's at age 15, while washing dishes at a pizza place called Rocky's in his hometown of Jeffersonville, Ind. When Rocky’s was busy, Schnatter would be pulled away from washing dishes to make pizza. He paid attention. 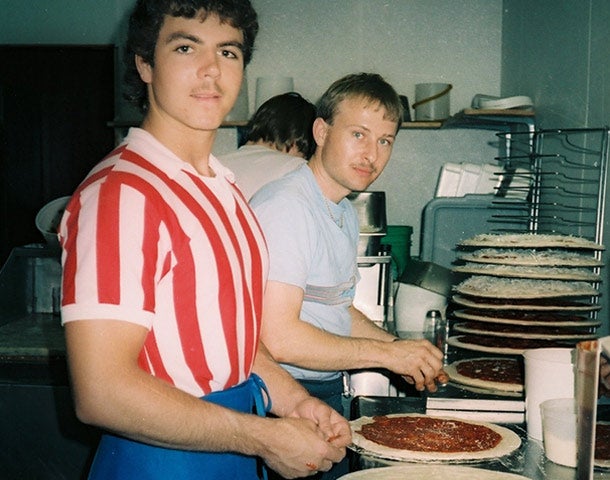 Schnatter making pizza in the back of his father's bar, Mick's Lounge
Image credit: Papa John's

In addition to learning how to make a good pie, Schnatter noticed that while national franchises would deliver a pie to your door, the local, individually-owned shops, which made a higher quality product, did not provide the same delivery service. Noticing that gap in the market gave Schnatter the base for his Papa John’s business plan: He would make quality pizza and deliver it.

Related: What Separates Entrepreneurs From Mere Mortals: The Ability to Take Risk

After graduating from Ball State University in Muncie, Ind., Schnatter moved home. His father’s bar, Mick’s Lounge, was struggling financially. To keep the bar afloat, Schnatter sold his 1972 Camaro Z28, a car he loved dearly. With his father’s bar business on more stable footing, he decided to give his pizza shop idea a try. He bought used restaurant equipment and started making pizzas out of the broom closet. “We were selling $5 pizzas out the back, 50 cent beers in the front.” 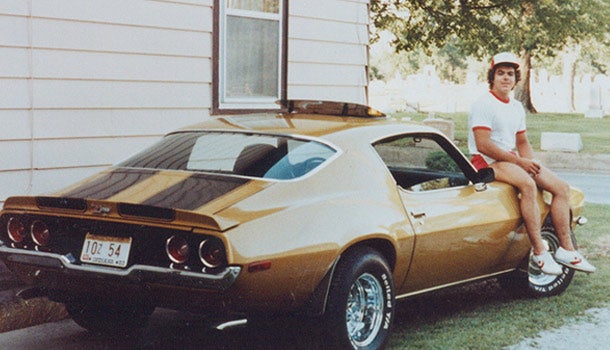 Schnatter seen with the prized Camaro that he sold to come up with enough cash to help get his father's business back on track
Image credit: Papa John's

Schattner surpassed his own early expectations. “The original goal for Papa John’s was to make $50-grand a year and have $50-grand in the bank so I could get a date,” he says.

Related: Managing People Is an Art: 32 Ways to Do it Right.

Taking a page from KFC and Long John Silver's, which were expanding rapidly through franchising in the same region where Schnatter was building his business, he decided franchising was the next logical step. “That was serendipitous, logistically where I am located,” he said. “It was just kind of instinctive and kind of the norm that if you had a successful business, you franchise.”

Today, there are 4,500 franchised Papa John’s locations, 700 of which Schattner and corporate Papa John’s own. The rest -- some 3,800 pizza shops -- are all independently owned and operated.

While he's come along way, Schattner isn't one to forget his journey. A few years ago, he went back and found his very same Camaro that he had to sell in the early 1984 to help keep his father’s bar open. He paid the owner $250,000 to get it back, and says the car is a daily reminder that hard work and sacrifice pay off in the long run.

Related: What Gets These 30 Entrepreneurs Out of Bed Every Day

How the SBA Helped My Small Business Survive Hurricane Maria

How New, Small Business Owners Can (and Should) Be Protecting Their Brand

It's National Small Business Week. Is Your Phone Ringing Off the Hook?

Are You a Small Business Owner or an Entrepreneur?