Why Fatburger Might Become the First Burger Franchise in Cuba

“When what you’re doing doesn’t work for 50 years, it’s time to try something new,” President Obama said in the State of the Union on Tuesday, referencing his decision to restore diplomatic relations with Cuba.

For Fatburger, the willingness to try something new – and sell burger somewhere new – is crucial to the company's business model.

"We would be more than happy to open in Cuba, just like we're in a number of other emerging markets that are new and newly developing," Fatburger CEO Andy Wiederhorn told Entrepreneur. "We're in Iraq, we're in Pakistan, Indonesia...places like [Cuba] where it's not a normal next choice."

Related: Pretty People Eat for Free at This Chinese Restaurant 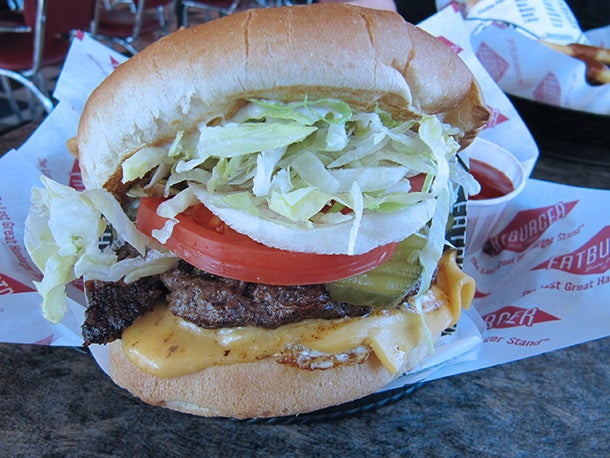 "We made the decision to expand internationally because we felt there was an opportunity to go places others weren't with our gourmet burger brand. That was an early decision, back in 2005," says Wiederhorn. "Fast forward to the economic crisis that hit the world in 2007, and our international strategy really saved us, because it gave us access to markets to continue to develop franchise locations where they weren't being affected by the crisis the same as the U.S. and Europe and Canada."

Since Fatburger opened its first international location in Canada in 2006, the chain has gained a reputation for opening in unexpected places, such as Pakistan, Libya and Iraq. Wiederhorn says franchising in Cuba would in some ways be similar to Pakistan and Libya, in that it's an emerging market where citizens' way of life is evolving. However, differences and difficulties remain.

"It makes sense for us to be in that market, no different than it makes sense to be in Mexico or Puerto Rico," says Wiederhorn. "But, the inhibitor for Cuba will be their economy. What's the spending power of the citizens there?"

Wiederhorn says that Fatburger sets itself apart as an international company by providing local teams for regions around the world to deal with location-specific issues. The company either has a local franchise partner or an investor franchisee who hires a local operator in new countries.

Fatburger hasn't found a franchise partner in Cuba yet, but when the right individual emerges, they'll be ready and willing. And, the company isn't worried about politics slowing down the process.

"I don't think it's a big deal," says Wiederhorn on the politics of opening a Fatburger in Cuba. "We're selling hamburgers, shakes and fries."

Related: How This 'Shark Tank' Champ Is Building a Bagel Balls Empire