Analyst: Facebook Native Video Will Thwart YouTube's Throne in a Matter of Months

When President Obama agreed to star in a much-anticipated video for Buzzfeed earlier this month -- hamming it up in front of a selfie stick to promote healthcare.gov -- the entertainment site made a hugely telling play in its distribution strategy for the clip.

Rather than sharing the video on YouTube -- long considered the de facto platform in the realm of online video -- Buzzfeed published the clip natively on Facebook, where it has since been viewed more than 50 million times.

This could be an ominous harbinger for YouTube, according to analysts, as Facebook ramps up its video reach, users embrace its easy-to-use video publisher, and brands increasingly shift their focus towards the relationship-reared social network, which is fueled by a greater penchant for discovery and shareability.

These were all key takeaways during a presentation at Social Media Week on Tuesday in New York City, where industry forecaster Jan Rezab delivered a keynote predicting YouTube’s conquest at the hands of Facebook that elicited audible gasps.

Rezab, who serves as CEO of analytics firm Socialbakers, attributes this shift to two recent cultural moments -- the World Cup and the ALS Ice Bucket Challenge -- during which, he says, audiences and brands began to adopt Facebook video in droves.

In terms of branded videos, “YouTube went from being one-third of the ecosystem to 10 percent of the ecosystem in a year,” Rezab said, citing data from Socialbakers. “Content creators -- brands, marketers, media companies -- quickly saw that publishing a Facebook video is just more natural.” 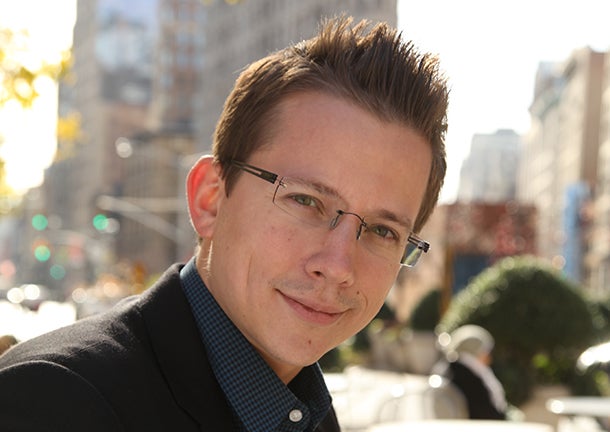 And despite boasting 1 billion users and revenues of $4 billion in 2014, YouTube has yet to become a profitable business, according to a report today by The Wall Street Journal.

While advertisers tend to be put off by the site’s glut of unprofessional content, YouTube is also grappling with a slanted audience of tweens who tend to watch videos embedded elsewhere on the web as opposed to visiting the site regularly as its own content conduit.

To be fair, swelling stats about Facebook video viewership -- including a comScore claim that Facebook had surpassed YouTube in desktop video viewing by 1 billion views last August -- are largely a result of the social network’s autoplay feature.

Because Facebook videos play automatically in feeds without sound and are tallied as views, a YouTube video view is actually more valuable from a marketing perspective, Rezab said, as users are opting to push play.

Nevertheless, YouTube is rumored to be rolling out its own autoplay feature shortly, according to the Journal.

Though Rezab has been forecasting Facebook’s ascendance for months, he also knows that YouTube -- having largely given rise to the social video category as we know it today -- is far from crumbling. Brands like GoPro, Red Bull and PlayStation boast millions of subscribers, for instance, and the platform has also yielded an enormously influential community of entertainers and entrepreneurs.

That said, Rezab predicts it’s only a matter of months before a content creator ecosphere begins to sprout up on Facebook as it has on YouTube. He estimates that roughly four months after Facebook offers users the ability to monetize their videos -- selling ads against content in the vein of YouTube's Partner Program -- new and established creators will flock to the social network to publish their videos there, too.

In this respect, YouTube’s early arrival could be its undoing. “YouTube is the grandfather of video, and Facebook native video is the son,” said Rezab, who believes that, all told, the passing of the throne could happen in the next six months. “That’s the difference now, unfortunately for YouTube.”

How to Get New Clients By Using Online Video

What It's Like to Start and Run a Family Business

Snapchat Sees 6 Billion Video Views Every Day. But What Does This Figure Actually Mean?