This company is ranked No. 1 in our medium-sized company category on our Top Company Cultures list.

You've heard the expression a bad apple spoils the bunch. For Bounce Exchange CEO Ryan Urban, the foundation of a successful company culture is people who are excited to be in the office every day. Co-founded by Urban, Cole Sharp, Andreas Spartalis and Namik Adbdulzade, the company creates software solutions to analyze behavior to help businesses figure out the best way to get people to return to their website. Not exactly considered a "sexy" company but that doesn't mean it can't be a company that instills a high-performance culture. 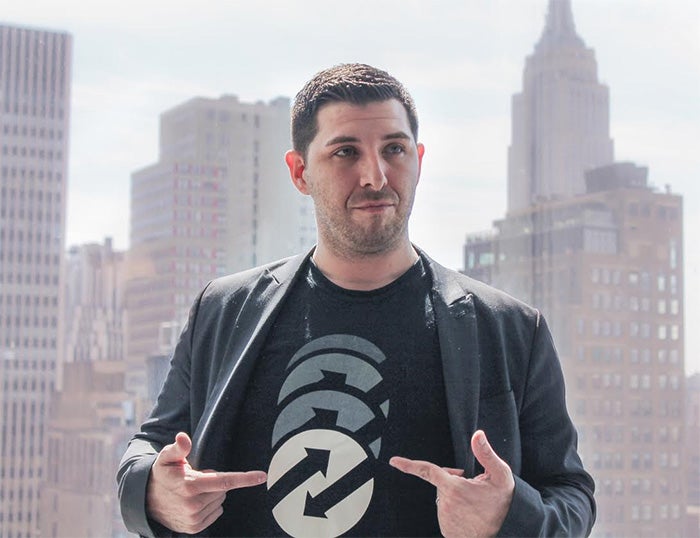 Founded in 2012, Urban and his co-founders wanted to create a culture that made employee growth -- both in terms of numbers and personal development -- inextricably linked with the expansion of the business. That means that a central pillar of Bounce Exchange’s company culture is thoughtful hiring and making sure that the entire process -- from first interview to last day on the job – is a positive experience. Urban says that if the fit or a new hire isn’t right, no matter how well intentioned, it can ultimately cause a strain on an emerging company. “Even one bad hire can cause countless problems, regardless of how well they perform. These problems equate to loss of productivity and momentum, the entire team needs to be in lock-step if you want to scale quickly.”

And the company has done just that. The New York-based business has grown to 130 employees (at the time of the application the company had fewer than 100 employees) and works with clients that include big name businesses like Lufthansa, Microsoft, Hearst and Comcast, all while its core values have remained the same.

Related: Why This International Church-Staffing Firm Puts All of Its Eggs in the Culture Basket

When asked how his employees would describe Bounce Exchange's culture, Urban said "Hopefully, if they've worked at other places, that this is the best place they’ve ever worked."

For those wondering how to maintain a high-performance culture in a growing company, Urban offered up five tips.

1. Assemble a team of mensches.

Urban believes that just having a mission statement and a slew of office perks doesn't mean that you will have a thriving company culture. Instead, he thinks that nothing is more important than the people. Hiring smart, capable, hardworking employees is a given, but there is another layer that makes the team really fit together.

"It's not the people who are [just] going to be the best at their jobs, but the people who really care about everyone else, aren't competitive with other people inside the company -- are really altruistic people," he says "I'm half Jewish, so mensches. How do you have a culture of mensches where everyone just wants everyone else to succeed? [Make sure] everyone respects the person to the right or left of them."

2. When it comes to growth, establish company-wide buy-in.

About 10 percent of the Bounce Exchange team is dedicated to hiring new employees. The company has more people on the in-house talent team than they do working in sales -- seven people working full time in recruiting and roughly an additional 12 people who devote a quarter of their jobs to recruiting.

Urban believes the key to finding great people is to have strong personal networks, noting that it isn't only fellow employees that refer people to the recruiters but that many employees come from clients referring people to them. That's how the culture is created; it's all about people. “You put the right people in and then the culture goes bottom up," says Urban. 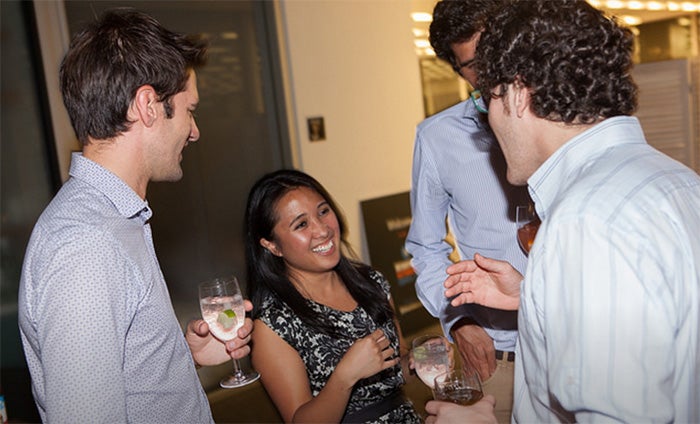 3. Make transparency and flexibility a priority.

Each Bounce Exchange department makes it clear to the employees what the job titles mean, how you can move up in the in company and what the salary ranges are for each position. There are also annual formal performance reviews at the end of each year, with a 360-degree peer review a month beforehand. There are frequent informal check-ins as well, and if someone is doing excellent work, they'll be recognized for it. "If someone is just nailing it, some should get promoted at any time,” he says. "It doesn’t matter how old you are; there's no reverse-age discrimination. I think a lot of young people [get told] you have to do this for five years and then you can move up. It doesn't matter, if you're performing and you're doing the job, we’re literally age blind."

The layout of the company’s 31,000-square-foot space is by no means set in stone. The seating plan of the open layout -- no offices and plenty of access to windows and to quiet and private work areas as well -- is constantly changing to best accommodate new additions to the Bounce Exchange team and make communication and collaboration easier -- and not just among a single department.

“We have something called ‘lunch pods.’ Every month, each employee joins a group of random colleagues for a free lunch," Urban says. "This allows new members of the team to get to know people in other departments.” 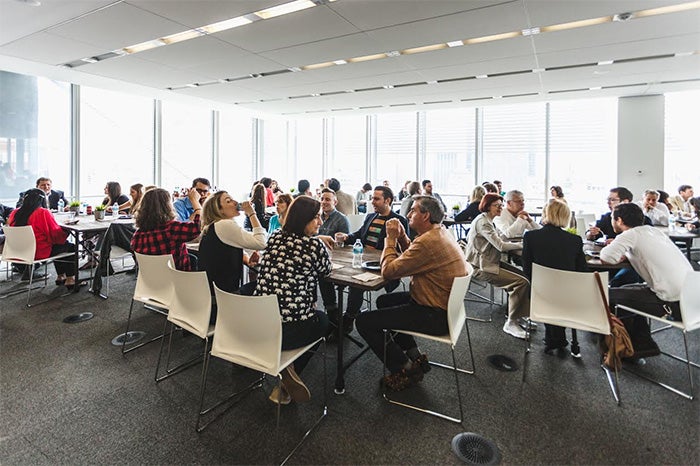 Bounce Exchange makes going on vacation a requirement for its 130 employees. For the hardworking employees who haven't taken off some time by a quarter or third of the way through the year, they'll get a week chosen for them when they are simply not allowed to show up at the office.

"We're really serious about it. You're going to operate better by taking some time off. The world's not going to collapse; we're not three people anymore," he says. Urban believes that taking time to reset a few times a year is an integral part of keeping up employee morale. “Even if you’re not the kind of person that burn out easily, it’s still important to take a step back," he says. "It allows you to gain some perspective and think about some of the bigger picture things that you’ve been working on.”