How This Woman Sourced Inspiration for Fabric From Her Father's Drawings

This story appears in the February 2016 issue of Entrepreneur. Subscribe »

Andra Eggleston was a trained textile designer but recent career moves took her far afield -- movie actress and user-interface designer. After a move to Nashville, she was wondering: What’s next? For inspiration, and to pass the time, she started making weekly trips to Memphis to visit her dad, William Eggleston, the photographer widely credited with popularizing color photography as an art form.

William also did drawings, and Andra began scanning the pieces to preserve them. Then she started playing with them. She enlarged one image, adjusted the colors and turned it into a pattern. “I said, ‘Dad, look at this!’,” she recalls. “And he said, ‘Goddamn it, that’s beautiful. What is it?’ I said, ‘That’s your drawing.’ And he was shocked.”

She knew her next career move: Andra turned those designs into fabrics, which she had produced in the U.S. on Belgian linen, and in 2013 launched her textile business called Electra Eggleston. (“Electra” was the name her father wanted for his daughter. Mom vetoed it.) The work has attracted international press, and she’s expanded her offerings every year since. She now has a showroom in Los Angeles, is looking to open one in New York and expects to become profitable this year. 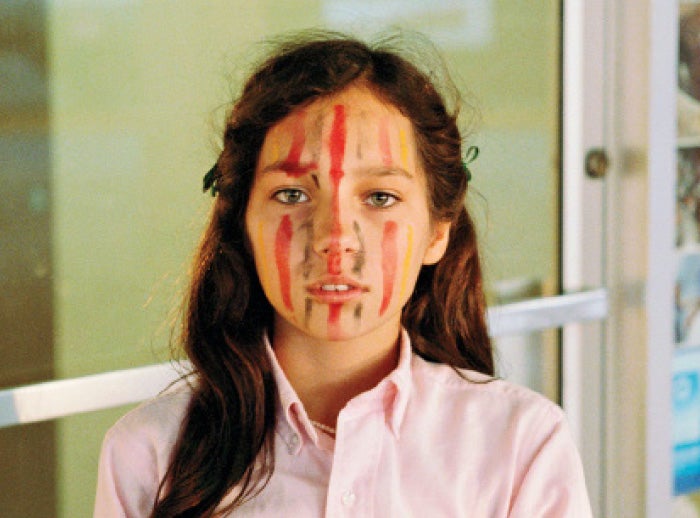 But to reach this success, she had to overcome a great challenge: her father’s legacy. “I had this ‘man hiding behind the curtain thing’ a little bit. I was so intimidated by the reputation that my dad has accumulated in the art world. My standards were almost too high when I started,” she says. So she focused on a market very different from his: She started selling her fabrics at very upscale prices only to interior designers -- and that, she decided, would be the only way she did business.

But as the business progressed, she experimented and added $280 pillows. Originally, she sold them through high-end home décor boutiques; eventually she added online sales through her site, electraeggleston.com. “I never thought the pillows were going to sell that well. I thought they were a side project and would serve as a vehicle to sell the fabric by the yard,” she says. But instead, the pillows revealed a new market for her. People bought them when they couldn’t afford an interior designer or yards of her fabric. “Maybe you’re not going to buy a Chanel suit, but you might buy some Chanel glasses,” she explains.

Her 2015 line consisted of 15 vibrantly colored designs, which were based on five of her father’s drawings. In 2016, she’ll add neutrals in the same patterns. But she doesn’t plan on basing her company entirely on her father’s aesthetic sensibilities. She’s branching out with future collections that draw on other artists’ work. In 2014, she made limited-edition bow ties with Nashville-based designer Otis James. And she had prototype vinyl wallpapers made.

“I’m taking it very slow,” she says, “because I don’t want any carelessness.” She thinks back to some meetings at her Los Angeles showroom, where designers asked her, “Do you want to be [only] great, or do you want to nail it?” And that got Andra thinking about how much work she still had to do. “I’m at about 94 percent right now,” she says. “But there is a huge margin between 94 percent and 100 percent.”

No Budget for a Designer? You Can Learn How to Do it Yourself.