In Honor of Mother's Day, Here are 7 Mom Entrepreneurs Who Founded Million-Dollar Businesses

By Adam Toren May 8, 2016
Opinions expressed by Entrepreneur contributors are their own.

Raising kids is hard. Raising kids while founding and managing an eventual million-dollar business is harder. Despite every struggle life threw at them, these seven “mompreneurs” ran highly successful and innovative businesses without losing sight of their families.

Jacqueline Smith grew up knowing she’d someday own a cosmetics company. As a stay-at-home mom, she had a hard time escaping her kids for long enough to get a professional manicure, and at-home trials resulted in frequent interruptions and messy polish. From her struggle Kiesque Liquid Palisade was born -- the original liquid painter’s tape for nails! Kiesque is now an international cosmetics company whose products are sold at Sephora, BeautyBar.com, and many other fine retailers. 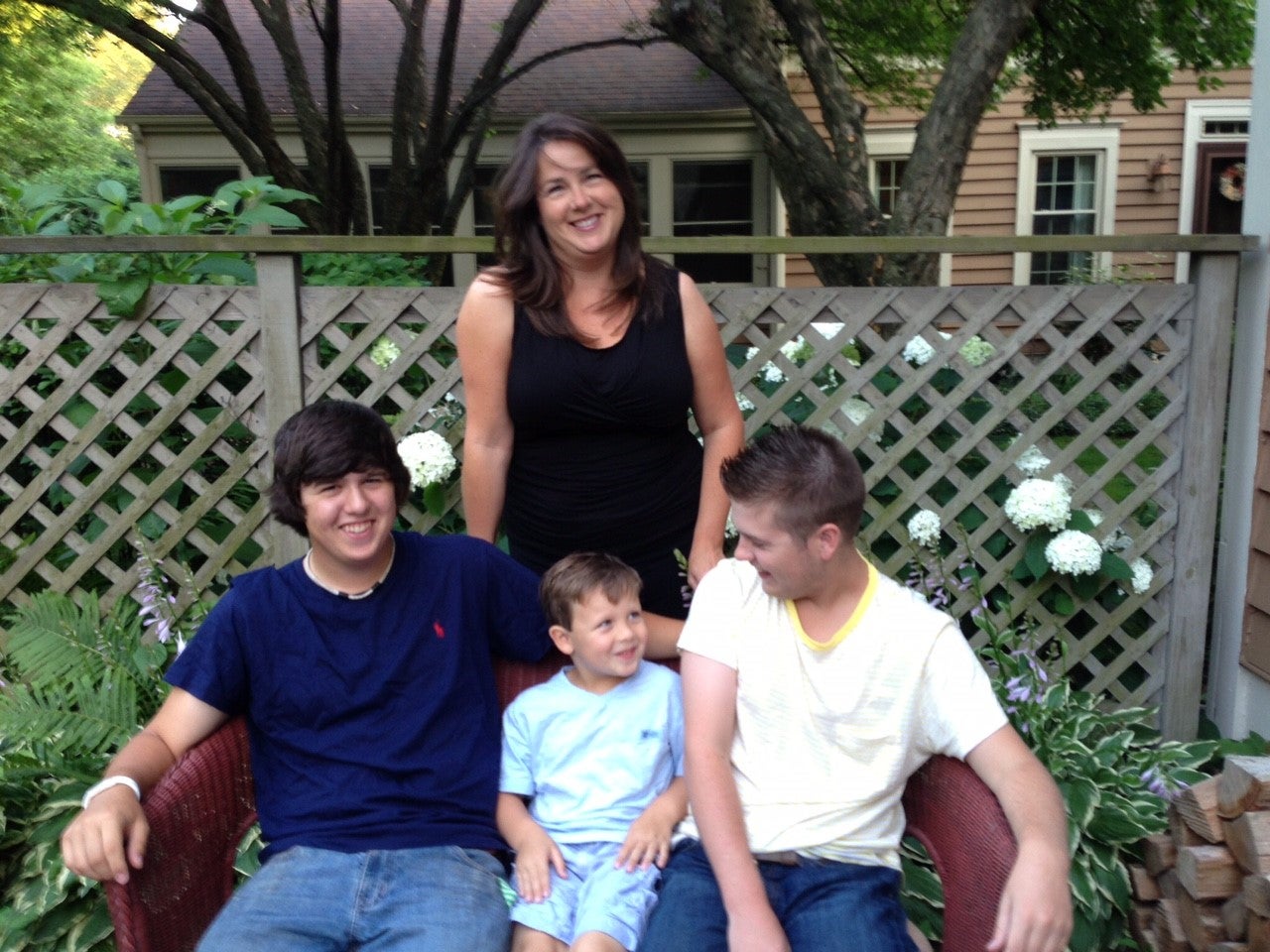 The process wasn’t perfect, though; like most startup owners, Jacqueline had to acquire funding for her idea, and she soon became pregnant with a third child. Now, Jacqueline has her busy schedule figured out, making room for her kids, work, and play: she gets up at 4 am for a bit of quiet work time, and after taking the kids to school, she moves to the office. Jacqueline and her team even leave the office around 3:15 pm to pick their children up from school, take them to afternoon extracurriculars, and enjoy family dinners. While things occasionally get a bit hectic, Jacqueline thanks her Apple Watch for reminding her of scheduled events and helping to keep life a little more sane.

Related: Make Yours a Mom-friendly Business

During the first couple years, babies love to tug and chew on anything that catches their eye -- including people’s jewelry. Lisa Greenwald noticed the trend, and instead of hiding her jewelry until her son grew up, she decided to try something new: wearing soft, colorful, silicone jewelry for her baby boy to play with. Sure enough, the jewelry not only provided her son with a portable teething toy, but it looked bright and chic as well. At this point, Chewbeads was a no-brainer. 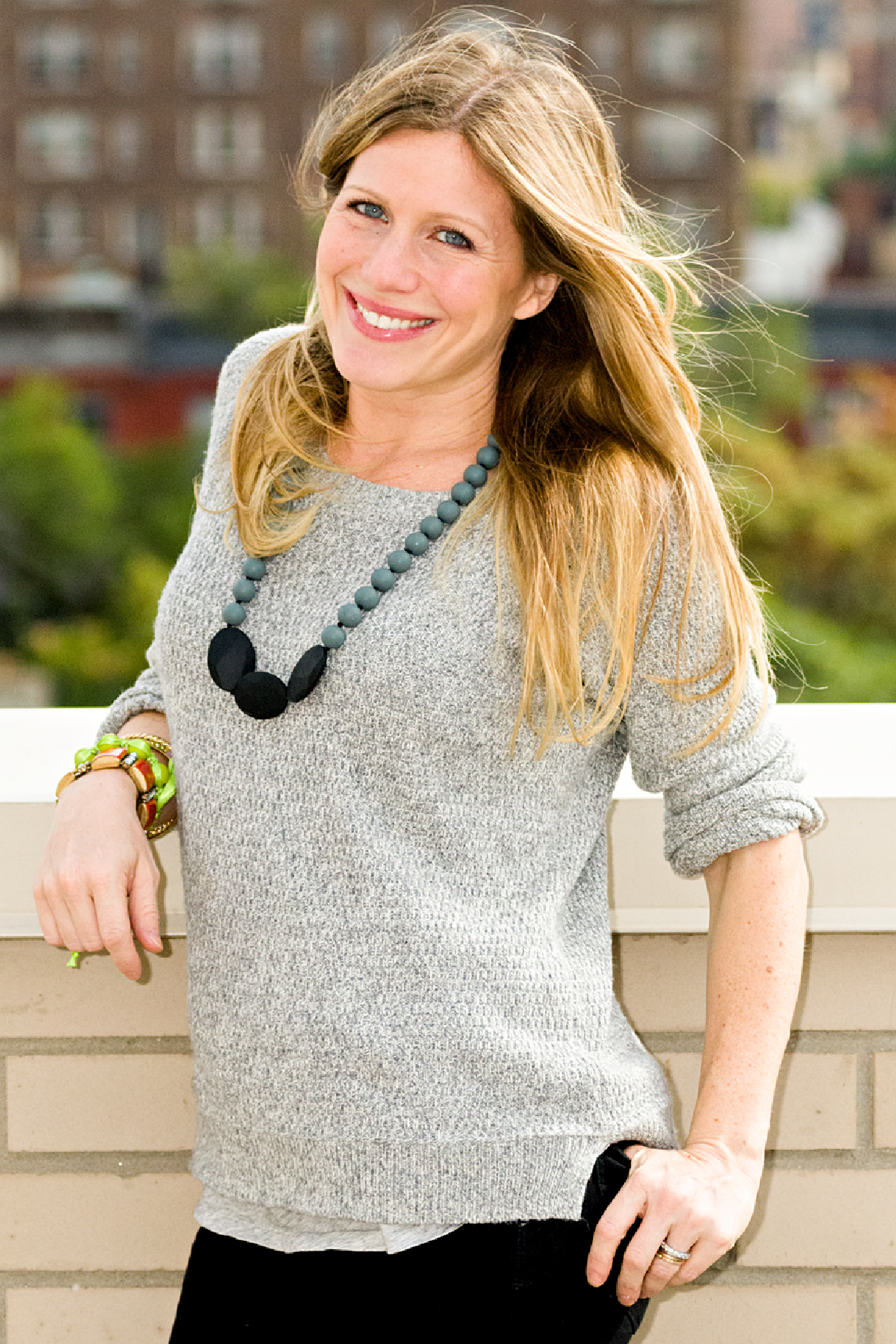 At first, finding a factory that would produce silicone jewelry was difficult. Lisa and her husband ended up using Alibaba to find and form manufacturing relationships and ensure the fulfillment of specific safety requirements. Now Chewbeads operates on both the retail and wholesale level, providing fun and safe products to families worldwide. Lisa’s husband works approximately 50 hours a week on Chewbeads, while Lisa herself works in the evenings (after the kids go to bed) and on the weekends, when the family is relaxing at home. As far as productivity goes, Lisa recommends that new startup owners outsource work they don’t have time for or aren’t particularly great at. “Packing and shipping was taking up so much of our time. When we realized that our core business what designing and manufacturing silicone products, we started spending more time on that and hired someone to do our logistics.”

Kwany Lui was working full-time for an organic foods company when she realized she could put her great work ethic and inner entrepreneurial itch to better use. Her female friends, many of whom were going through their first pregnancies, were struggling to obtain the right balance of nutrients through their diets, and Kwany had been told by her doctor that prenatal vitamins (previously the end-all be-all in Kwany’s mind) didn’t meet all of pregnant women’s vitamin and mineral needs. With a bit of experience in healthy eating and fresh-pressed juicing, Kwany and her co-founder John Mascari set out to provide mothers-to-be with rich, nutritional beverages that would help them feel their best. Bundle Organics was the result. 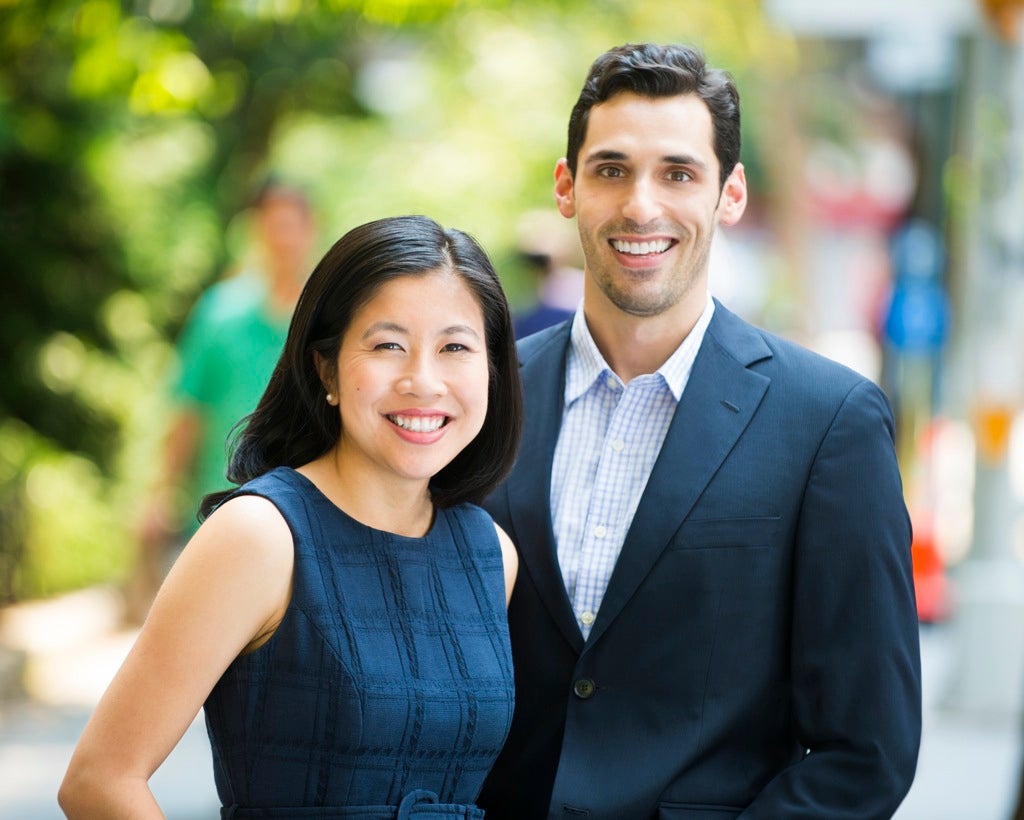 Bundle Organics is the leading maker of caffeine-free juices and teas that help to minimize the unwanted side-symptoms of pregnancy, like heartburn, indigestion, nausea, and cravings. Though the beverages can be purchased online, Bundle Organics juices can also be found at Buy Buy Baby, Babies R Us, and other major retailers. Kwany’s biggest entrepreneurial struggle has always been prioritization -- instead of deciding what to do on any given day, it’s normally deciding what not to do until the next -- but differentiating “important” tasks from “urgent” ones has been of great use. With a baby on the way, Kwany thanks her husband for supporting her entrepreneurial lifestyle and helping her to clear some “me time” amidst the chaos.

Michele Welsh, her husband, and their three small children were at a theme park one day when the fear of being separated from one another gave Michele a bright idea. In a frenzy, Michele scribbled her mobile phone number onto her children’s arms, just in case they became lost in a large crowd. She and her husband received several compliments about the concept throughout the day, and in an effort to share their little “safety net” with other families, the basis for SafetyTat was born. 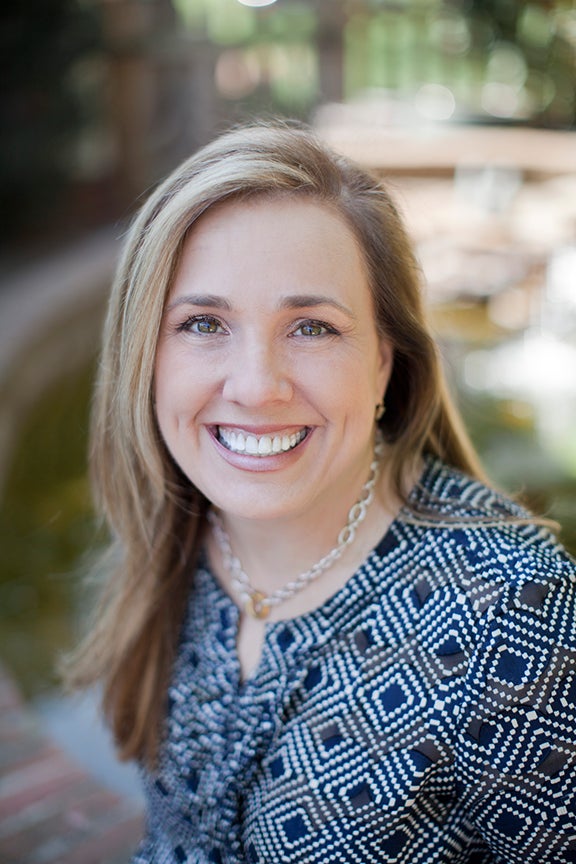 Now, instead of using a pen or a Sharpie to scrawl phone numbers onto their kids’ arms, parents around the world can transfer a safe temporary tattoo onto their children’s skin, complete with a short message (“If lost, please call . . .”) and customizable phone number. The idea is simple: if the child gets lost, an adult can call the specified phone number and return the child to safety. Now that Michele’s kids are older, their need for a phone number tat has diminished, but their place in the company certainly hasn’t: Michele says her kids are actively involved in the entrepreneurial process and further understand the ups and downs of running a business. The more concrete parts of running a company (marketing, accounting, logistics) have become easier over time, and Michele’s status as a working mother helps to prove to other parents how valuable SafetyTats can be. For newer mompreneurs, Michele recommends leaving emotion out of decision-making and leveraging the knowledge of friends and family to make more informed business choices.

Sally Jane Waite followed a traditional education path growing up, receiving a Master’s degree in Women and Child Abuse. Shortly thereafter, though, Sally Jane realized her passion lay in jewelry design and small business -- an industry she didn’t carry the right credentials for. So what did she do? She started her own jewelry company! Sally knew she wanted to create something subtle and feminine, and through conversations with a family member who practiced Jin Shin Jyutsu, she chose the honeybee as a symbol of spiritual grounding and inspiration. The company Sally Jane was born, and Sally was able to fulfill her entrepreneurial dreams while working from home. She soon became pregnant with her first child, and Sally Jane and her husband were thrilled; everything they’d ever wanted had finally come together. 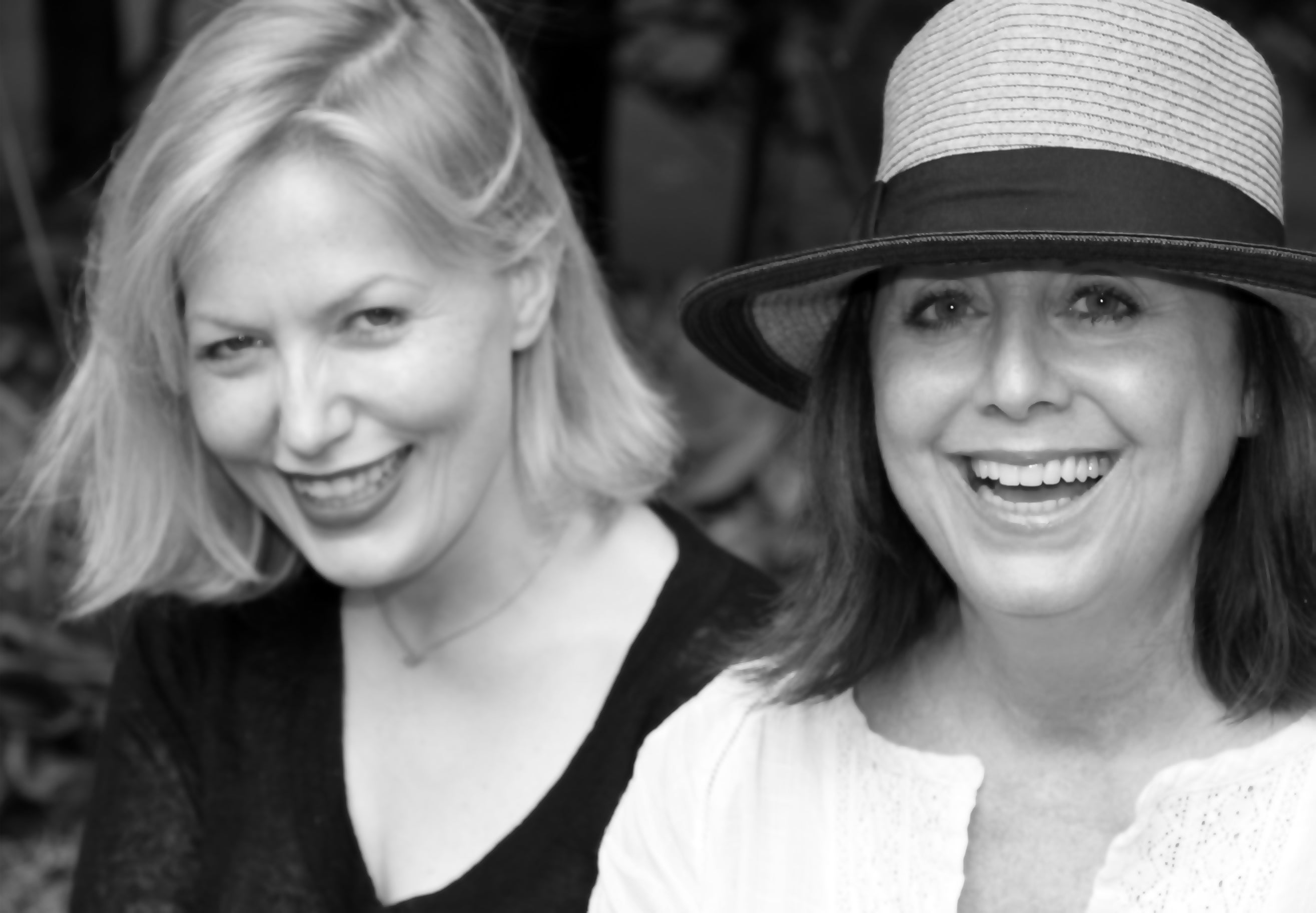 During her seventh month of pregnancy, Sally was diagnosed with stage IV colon cancer. Her baby was born a month early, and while caring for an infant, Sally underwent chemotherapy and countless surgeries. Gradual recovery helped her to regain focus on her business, and the bee at the center of Sally Jane became a symbol of strength and survivorship. Though she could let her hardships bring her down, Sally prides herself on teaching her son personal fulfillment and resilience through her entrepreneurial efforts. Drawing upon “mommy resources” and the care of friends and family helps her to remain on top.

As a mother of three (and now four), it didn’t take long for Jakki Liberman to find that very few options were available for moms who wanted to provide their kids with natural and eco-friendly products. Those that were available were annoying to use -- instead of relying on the safety-pinned cloth diapers most moms were used to, Jakki developed a diaper with Velcro fasteners and a waterproof outer shell for her own children. As she slowly discovered a similar struggle among other moms, Jakki decided to expand her ideas and turn them into a business. The same waterproof fabric used in her cloth diapers is now a critical selling point for her award-winning bibs, bags, and other mommy-baby products sold on her website, Bumkins.com. 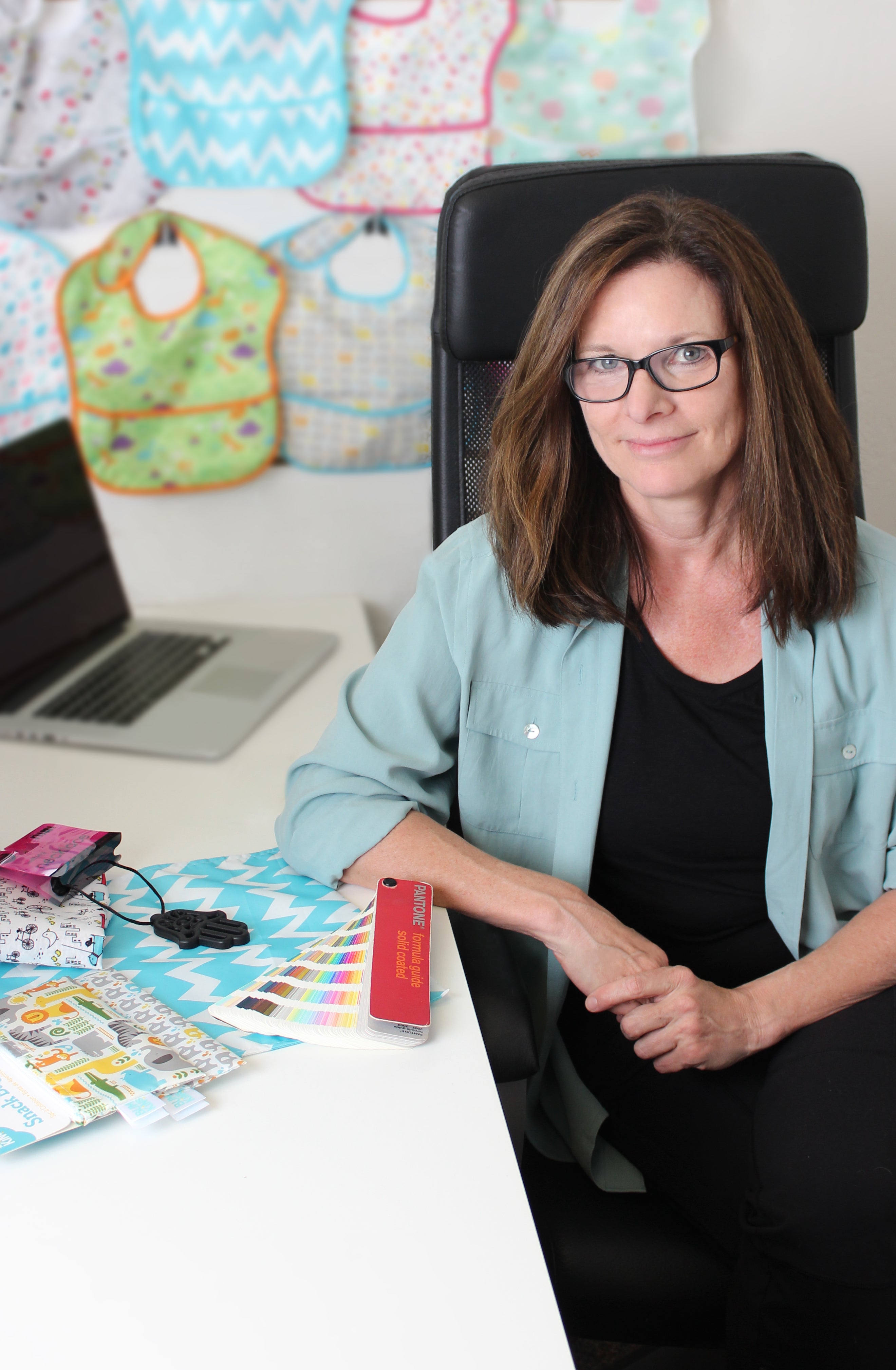 Today, Bumkins is the number one spot for parents who seek safe, sturdy, and sustainable products for their kids. Jakki didn’t always know her company would turn out that way -- she and her husband divorced following Bumkins’s launch, and it was hard to run a business as a single mother of four. To save time and remain closer to her kids, Jakki subcontracted the fulfillment portion of Bumkins and moved her design and sales office into her garage, where she and her team ran a majority of the business. Time management and entrepreneurial choice-making were frequently a struggle, but according to Jakki, “from the point [she] decided to put [her] family first, the other decisions were easy to make.” She goes for morning and evening running, cycling, and walking sessions through the Arizona desert to clear her head and do some of her best thinking. Now that Jakki’s kids have grown into adults, three of them work at Bumkins.

Has your child ever wanted to star in their very own book? When Maia Haag and her husband Allan received a personalized book as a gift for their new baby, they loved the idea, but they immediately thought of ways in which the book could be improved. Allan ran a design firm at the time, and Maia had majored in English during college, so for the two entrepreneurial spirits, the idea was a perfect business concept. I See Me, which creates personalized children’s books, became the couple’s “other child.” 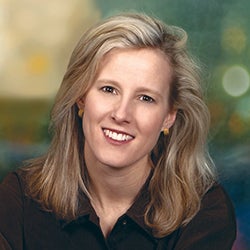 The manuscripts and illustrations by I See Me are always evolving to meet the tastes of children and parents who love to see their cartoon second-selves in print. Maia and her husband use Gino Wickman’s Entrepreneurial Operating System to organize their company, which helps to prioritize goals and keep team members on the same page. Their positions as parents help them not only to market their products, but also to receive honest feedback from customers, who are parents themselves. To new entrepreneurs, Maia assures that there’s “no way to know everything before you start. Once you put your toe in the water, you’ll soon find that you’re knee-deep in your dream.”

The rise of the mompreneur.

Despite the differences between industries, these seven moms have one thing in common: a strong and determined entrepreneurial spirit. Like mompreneur Maia Haag mentioned, having a business can feel like having another child, but these moms took it in stride and turned their motherhood into a competitive advantage. Jacqueline Smith achieved a lifelong dream with her kids by her side; Sally Jane Waite conquered poor health to accomplish the unimaginable. Through thick and thin, each mompreneur was able to master the art of small business and inspire her kids in a unique way.

Every mother is inspiring in her own special way, but these seven moms go above and beyond by running major companies without ever letting go of their beloved families. Which mompreneurs are inspiring you this Mother’s Day?