Palmer, the patriarch of modern golf, amassed a fortune through his entrepreneurial and marketing skills.

By Tanner Simkins November 25, 2016
Opinions expressed by Entrepreneur contributors are their own.

In September earlier this year the world lost golf's patriarch, Arnold Palmer. His stellar playing career aside, Palmer’s biggest achievements stretched well beyond the game. Known today as the originator of sports marketing, Palmer was one of the first athletes to turn his name into a brand. Using his image and business acumen, Palmer's empire was valued at approximately $700 million upon his death.

Related: 5 Lessons Golf Teaches About How to Succeed at Your Business

At a time when athletes focused simply on their performance, Palmer opted to create a brand out of who he was on and off the fairway. This approach was not only entirely new to golf, it made him one of the most successful athletes of any sport well after his playing days ended. In his lifetime, he earned almost $4 million on the golf course; while earning more than 100 times that off it. In 2013 alone, Palmer made $40 million despite not playing a round of competitive golf since 2006.

It was was unheard of for golfers to become household names, but Palmer was the first golfer to successfully break out of the golfing mold and gain widespread popularity among a variety of people. Later in life, Palmer attributed his brand equity to his willingness to stretch his business endeavors outside the narrow realm of golf.

Palmer's business ventures and diverse portfolio of endorsements all flowed through parent company Arnold Palmer Enterprises. This enabled Palmer to put his branded signature on golf clubs, lawn mowers, sunglasses and other products from cardigan sweaters to cigarettes and everything in between. Over the years Palmer was endorsed by Coca-Cola, Rolex, Cadillac, Hertz, United Airlines, Penzoil, Heinz, Callaway and many more. Palmer's branding genius even extended to his self-made lemonade/ice tea blend dubbed "an Arnold Palmer"; now commercially licensed to AriZona Beverage Co. In 2015, the "Arnold Palmer" beverage alone eclipsed $200 million in sales.

Early stage companies can look to Arnold Palmer as a model of effective diversification.

2. Innovate. Disrupt. Blaze your own path.

In fact, practically everything Arnold Palmer did commercially; he was the first to do. Perhaps these statements say it best:

Taking a page from Palmer's book, breaking boundaries with strategic vision and a branded message remains key to entrepreneurial success.

3. Harness the power of your brand.

All Palmer's ventures were based on leveraging his personal brand. For example, Palmer's golf fans became known as "Arnie's Army" which only boosted his promotion of golf into the television age. In 1995, Palmer cofounded the Golf Channel. Today the network is in 83 million homes and 76 territories around the world.

Through strategic messaging and brand management, Arnold Palmer became the prototype for all of today's sports stars and effectively the modern entrepreneur as well. 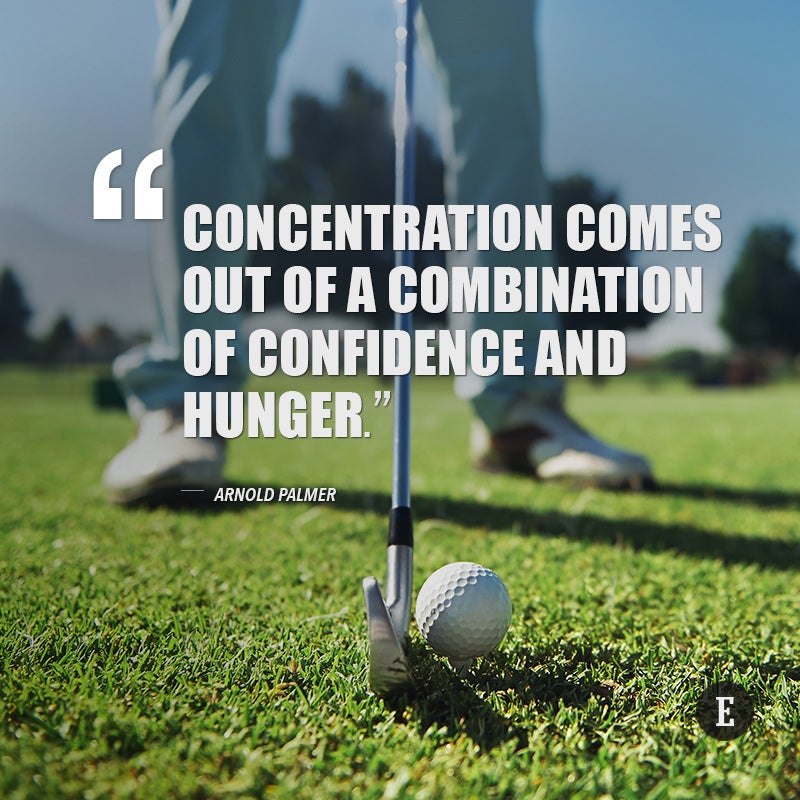 Simkins is founder and CEO of Complete SET Agency, a full-service sports entertainment firm that works with multinational brands, athlete entertainers and accredited investors. Simkins holds degrees from the University of Miami and Columbia University.