Hollywood director Steven Soderbergh is trying to turn an obscure Bolivian spirit into a hot company.
Next Article

Most people know Steven Soderbergh as the legendary director of the Ocean’s Eleven franchise, Erin Brockovich, Magic Mike and more recently, The Knick. Few know that he’s also the first American to import singani: an obscure, grape-based Bolivian liquor dating back some 500 years. Soderbergh fell in love with singani during a film shoot, and he spent six years securing a license to distribute it -- an effort complicated by the fact that the U.S. government had no existing category for the stuff. The tenacity paid off. His product, called Singani 63, is now in nearly 1,000 establishments in 22 key markets. And to keep growing, Soderbergh says, he’ll use the same skills he learned from making films: storytelling, collaboration and a willingness to be wrong.

You’ve been a director for a long time. Has it influenced the way you run the company?

I don’t believe that just because you’ve been successful in this one area means you can transfer that into another area. What I do believe is that you can transfer an approach to problem-­solving. The first step being that you need to pull your ego out of the equation so that you can see clearly what you’re dealing with -- to surround yourself with good people and ask all the questions that need to be asked: What does the good version look like? What have other people done? What do we want to take from what other people have done? What do we want to discard from what other people have done?

I also try to create an environment when I’m directing that is focused and moving, but there’s also calm. And that allows for the people in proximity to start a lot of sentences with the words What if. We actually have gold star days, like when you were in preschool, where we have this little packet of gold star stickers. Like, I sat there for 10 minutes talking through a problem I couldn’t solve, and then somebody who was listening came up and said, “What if…” And that’s it. Gold star.

I feel like that’s one of those things that people would roll their eyes at initially and then be like, “Man, I really want one of those stars.”

Why wouldn’t you? I would! You want that gold star idea. Because they’re out there. The ego part of it is recognizing that there is no one person who has all the solves. I was lucky. I had mentors early on who had a very egalitarian approach to leadership, in the sense that there’s a chain of command but not a chain of respect. I saw that they were able to lead and get the best out of me, and I never once felt diminished. I always felt valued. That’s the goal: to feel like you’re doing your best and to feel like somebody sees that.

Are there any similarities between pitching Singani 63 to bar owners and pitching a movie?

Well, it’s a story. You’re telling a story. So in that way, it’s very similar. And I have to say, I much more enjoy telling this story than I do selling one of my films.

When you’re out promoting a project, you’re talking about yourself, all day, every day. You start a lot of sentences with the word I, and I think if you’re not a crazy person, that becomes soul crushing after a while. But I didn’t make singani; I’m just a vessel to get it here. I’m telling the story of the spirit and the story of the grape. How it somehow traveled from Egypt to Spain to the southern part of Bolivia and found in this terrible terrain its perfect expression. And how I ended up encountering it on a film, Che, that I’d been trying to get made for seven years -- a film all my friends told me I was never going to get made and wondered why I was even trying.

So when did you first have it?

It was at the startup party for Che in Madrid, in the first week of June in 2007. We’d be traveling the next day into this remote region of Spain to start shooting the two-part film. We were shooting both movies backward because of [star] Benicio Del Toro’s beard and weight, which I’d never done before. I’d given a speech that day that I’d been working on for weeks to this sort of principal cast and crew -- in Spanish -- the gist of which was: This is going to be hard. Never panic. Never give up. If ever there was a moment I needed a friend in the form of a spirit, it was that one. In the midst of that, our Bolivian casting director presented me with a gift. And it was a bottle of Casa Real Singani.

Related: How to Use Storytelling to Sell Your Brand and Vision

What did you think of it?

I had an immediate reaction to it. At that point singani had not been exported outside Bolivia, so my immediate concern was whether we could get a mule train going for the next six months. Which we were able to do. And every night we’d gather in this suite we had. I would start assembling that day’s footage and people would be drinking and talking. It was like a salon. It really became an integral part of that whole experience. After five and a half, six months of that, the idea of not being able to get it in any kind of quantity just seemed…wrong. 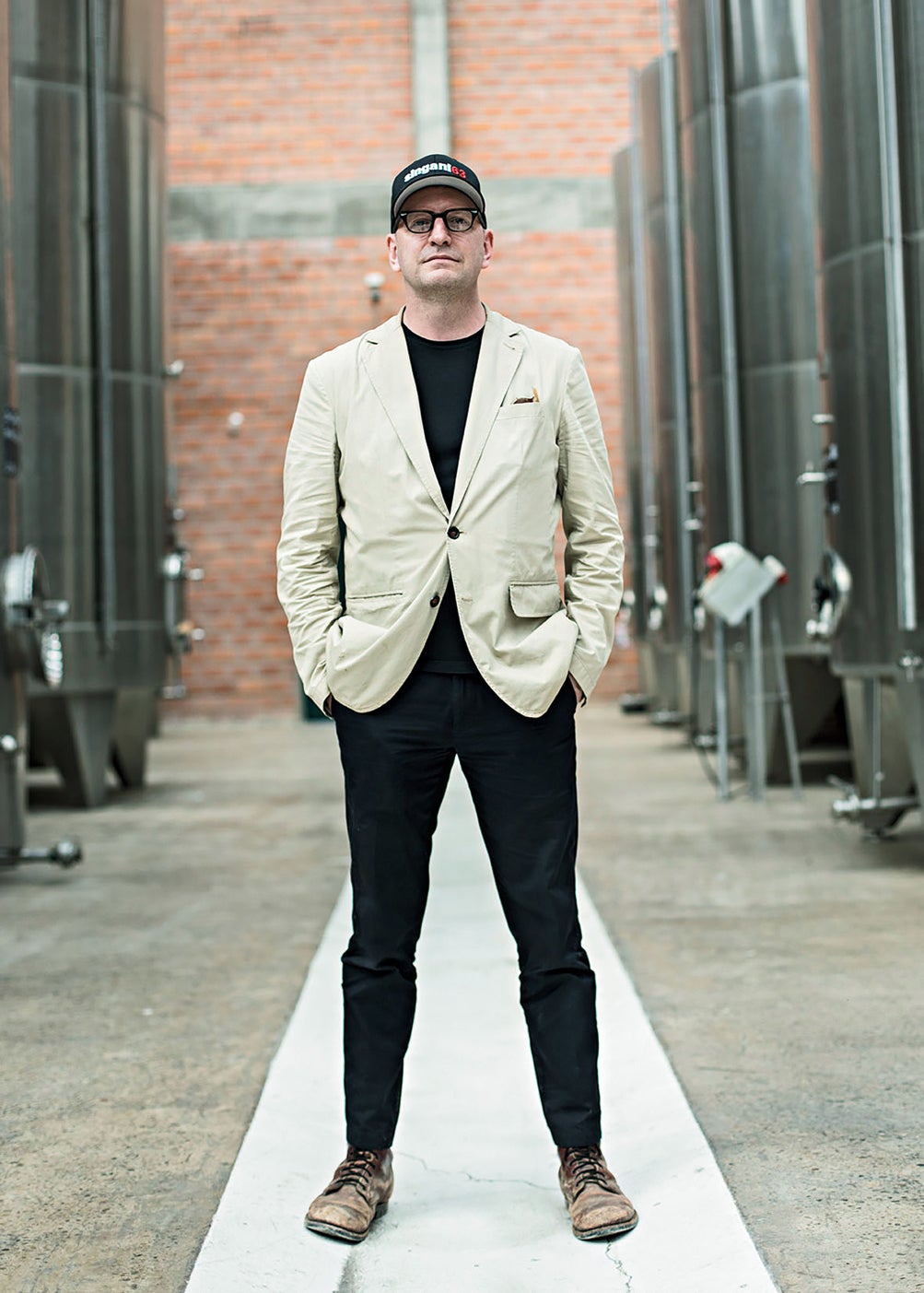 How’d you get from there to starting the business?

Around the end of the shoot, in December 2007, I started to think, Well, what if I brought it to the States? Naively, I thought, You go into a bar, you see all these brands; it shouldn’t be that difficult. And I just started the process. I called my business manager and said, “I want to do this.” We found a broker to help me with the paperwork. And every time we accomplished a step, I would ask what was next. And we just kept going. I applied for the license to become the importer in 2008. I didn’t get the license until late 2012, early 2013.

What was it like when the stuff finally showed up?

The gut-check moment was really after the 250 cases that landed in New Jersey. I was in the process of hiring a brand manager to talk about the launch. And that person gave me a two-hour monologue on how this business works. He talked about how competitive it is. How difficult it is. He was basically, as a good salesman does, telling me all the reasons this probably would fail.

Was there a moment you considered walking away?

There was a moment. But then I thought, Well, I’m going to use the same math I used when I was growing up in a suburban subdivision in Baton Rouge, wanting to make films. I had no connection to anyone in the entertainment industry. Mathematically it was a very remote chance, but I didn’t care about the odds. I cared about what I wanted to do. My attitude was, Well, it’s going to happen to somebody. So why shouldn’t it be me? With Singani 63, I thought, I’m going to approach this the same way. I’m going to surround myself with smart people, ask a lot of questions, and put in the hours.

Related: Why Storytelling Will Continue to Be the Go-To Marketing Strategy in 2018

My goal here is to turn this into a sustainable, profitable business. I am not waiting for one of these giant companies to come in and go, “We’ll pay you X, and then you step back and we’ll take it from here.” That’s not what I want.

Does Clooney call you every day and give you shit because you haven’t sold it for a billion dollars like he did with his tequila company?

No, I give him shit. Because everything he touches turns into the most successful thing ever. It’s really annoying.

It’s crazy to think that had you not done that long-shot passion project about a Latin American revolutionary, you wouldn’t be running your own liquor company right now.

It is. The guy who gave me the bottle actually told me later that he spent two weeks trying to figure out what to give me, and it wasn’t until the last minute that he thought, I’ll give him a bottle of singani. He goes, “I was thinking of a T-shirt.” It could have very easily not happened. I don’t have a mystical streak, but I do pay attention when random collisions like that occur. I pay attention in the sense that they should be taken advantage of. I wouldn’t say, “Oh, it was meant to be.” But what I would say is, “Well, it happened. And that means I should do something about it.”