The athlete found a second act as a Launch Trampoline Park franchisee.

Jason Avant has always been in the entertainment business. The former NFL receiver is an athlete by trade, but the business of football, he says, is about making sure fans have fun and providing them with an escape from reality. “That’s what football is,” Avant says.

Football is, in fact, what provided Avant with his own escape from reality decades ago. He grew up on the South Side of Chicago, where both drugs and violence were prevalent. When Avant discovered football, he found something much more worthy of his energy -- and he also found his way out. He played college football at the University of Michigan before signing with the NFL, where he played for the Philadelphia Eagles, the Kansas City Chiefs, and the Carolina Panthers.

When he retired from the sport in 2015, Avant looked for new ways to entertain the masses. In 2017 he became a franchisee of Launch Trampoline Park, spending his days making sure families have a safe, fun place to enjoy time together. He has two locations in New Jersey and plans to open a third in Delaware this year. And while football and franchising may seem like two very different ballgames, in Avant’s eyes, they share one simple goal: to make people happy. 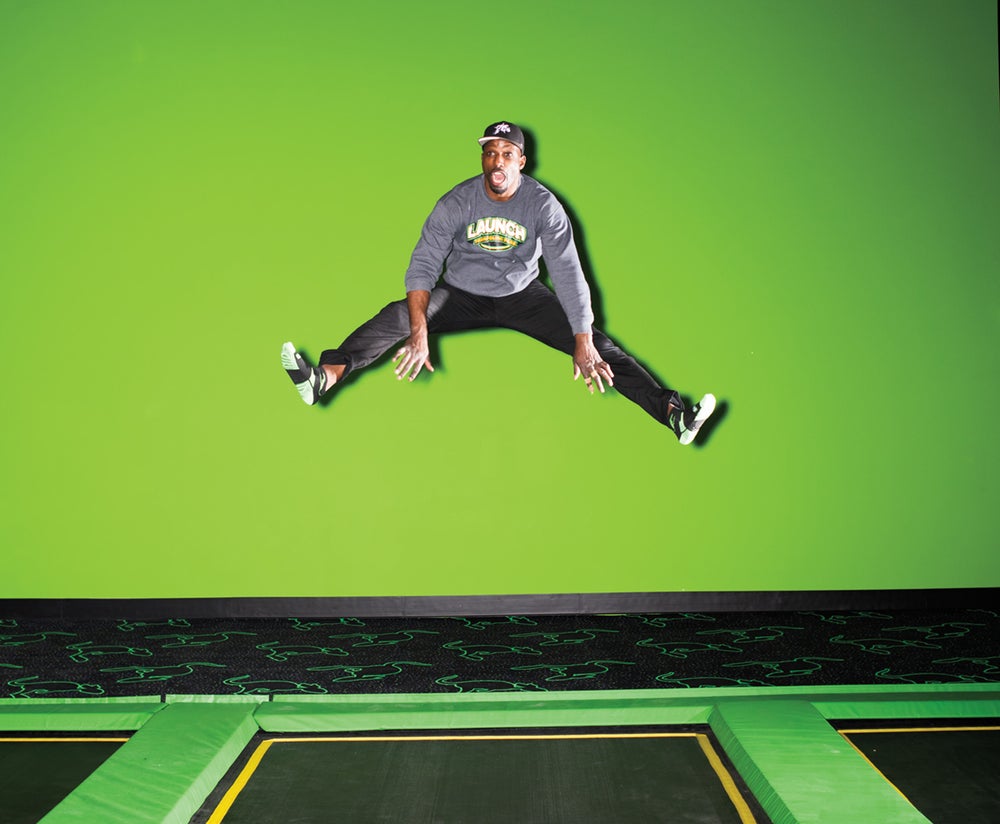 What’s the biggest lesson you learned as a first-time franchisee?

You can’t expect the franchise to do everything for you. The responsibility of the business rests on your shoulders. When you’re in the NFL, you’re spoiled because people take care of all the logistics -- where you’re going, where you’re eating -- because they want you to focus on the game. But as a franchisee, you have to create those systems, and organization is paramount. You have to know which vendors need to be paid, scheduling, hiring, firing, inventory, POS updates -- you have to be so in tune.

This was a big career change for you. What’s your advice for other people thinking of getting into franchising?

First, ask yourself if you’re the kind of person who can submit to the franchisor. The franchise model has restrictions to keep the brand and practices standard because they know the current model is successful. If you’re more of a rebel, this may not be the best business for you. Then, do as much research as you can on a franchisor and their business model. Don’t just think about where they are now; think about where they’ll be when the market changes. I chose Launch because I felt they had a vision for the future. It’s not just trampolines but anything that involves entertainment and fitness: rock climbing, laser tag, anything like that. And of course, look at the franchise agreement. How hands-on will the franchisor be, and what services will they provide to help you develop your new career?

What’s helped make you successful with Launch so far?

You have to love what you do. Customers and employees can tell if you’re there for the money or if you genuinely care about them, the business, and the people you’re serving. Whatever you’re doing, allow it to come from the heart. It’s not a money grab. Be sincere, and you’ll be successful.

How has that impacted the way you’ve built a team at your locations?

The happiest part of my job is the kids that work for me. Gen Z and millennial kids value experiences over money. They want to make money, sure, but they want to have fun doing it.  The kids who work for us come back here even when they’re not working. We go on trips to Six Flags together, we have Christmas parties, we have dodgeball tournaments. It’s a great way to teach them that we want them to be successful but to also value their work experience. I want them to find the balance between making money and living a fulfilling life.