How Subway Got to 33,000 Restaurants: 6 Lessons for Entrepreneurs

By Carol Tice
February 23, 2011
Opinions expressed by Entrepreneur contributors are their own. 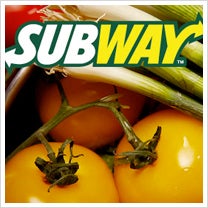 Everybody knows Subway is a successful franchise chain. But did you know last year it cracked 33,000 units and should shortly hit 34,000? The fresh-sandwich chain passed McDonald's to take the top fast-food franchise crown -- the Golden Arches have just 32,000 restaurants. This may seem like a big-business story at first, but Subway and McDonald's have made their brand one locally owned franchisee at a time. The chains are essentially huge conglomerations of mom-and-pop restaurants.

The tale of how Subway overtook the longstanding leader in their sector has many lessons for small business owners everywhere. Here are some of the factors that let Subway move ahead:

1. Tell a great story. When Subway found the original Biggest Loser, then-student Jared, the company had the sense to jump on the story and keep it growing. Subway could have just had a motto along the lines of "our food is lower fat and healthier than our competitors," but it wouldn't have been nearly as compelling as ''Hey, look at me -- I ate exclusively at Subway and lost tons of weight!"


This could have been a one-season marketing arc, but instead Subway kept it growing and fed Jared fans a steady stream of new information for many years. The corporate website still has a whole tab about Jared that goes back to his very first commercial.


Lesson: If you have a great customer story, don't be afraid to grab it, tell it, and then keep on telling it.

2. In touch with trends. Subway always had lower-fat offerings, but marketed just as a sub-shop for a while. Then came the era of "eat fresh" and the emphasis on fresh ingredients. In a world where fast food mostly meant fried everything, this appealed to many diners with a growing interest in eating healthier.

Lesson: Are you listening to customers and following trends in your sector? It could be time to change your message. Don't be afraid to do it.

3. A flexible brand. Subway's brand simply stood for 'quick-sandwich,' and as tastes changed, Subway was able to morph their brand to stand for healthier food. McDonald's, Burger King, and all the other old-time fast-food giants wish they could get customers to eat their healthy-food offerings, but often these don't find an audience, because these brands are so closely associated with fattening burgers and fries.

Lesson: If you're starting a new company, think carefully about your name. What does it stand for? Could it be easily made to stand for something else if consumer tastes shifted?

4. Creative locations. Thanks to its health-food positioning, Subway gained entree into locations some of the fried-food biggies couldn't get a contract with, such as in hospitals.

Lesson: Think about all the places your brand could be, and explore some new options.

5. Customer engagement. Subway was one of the early adopters of the restaurant layout where you watch your food being made right in front of you. Customers love it -- it not only reassures diners about what's in their food, but allows for endless customization on the fly.

Lesson: Strive for ways to get customers more engaged in your process of creating the product they want.

6. Great franchisor-franchisee relations. Around the same time Subway got started, another sub-shop chain, Quiznos, started as well. Subway seems to have treated franchisees fairly well, and relations have been positive. On the other hand, Quiznos franchisees have been an angry, rebellious bunch of decades, repeatedly suing the company over what was seen as unfair treatment.

While Subway soared, struggling Quiznos shrank by 1,000 units last year. With only around 4,000 stores, it faces a steep uphill battle to compete with Subway at this point.

Lesson: Relations with stakeholders are important. Think about how you can make vendors, marketing partners, and franchise holders feel supported.

What do you think made Subway the smash-hit it is today? Leave a comment and give us your theory.