Big-Company CEOs Out of Touch When It Comes to Facebook,Twitter

By Mikal E. Belicove
July 12, 2012
Opinions expressed by Entrepreneur contributors are their own. 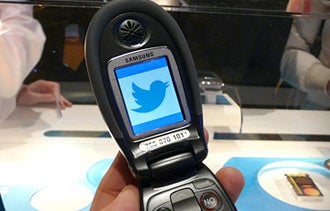 CEOs at the world's largest publicly held companies are light years away from the rest of us when it comes to using social media. According to the 2012 Fortune 500 Social CEO Index, only 7.6 percent of Fortune 500 chief executive officers use Facebook, while 4 percent use Twitter.

Those figures stand in stark comparison with the adult population online in the U.S., where more than half of us use Facebook and more than a third use Twitter.

LinkedIn appears to be the only social network these CEOs show interest in, with 26 percent participating compared to 20 percent of the general online populace.

Notably, the few large-company execs in the study who do possess a Twitter account have a big following -- an average of 33,250 followers. This goes a long way in supporting the notion that top execs that participate in social media reap the rewards of engagement and loyalty with their company's customers.

Why should senior-level executives be on social media? It can help enhance a brand's profile and increase business purchases, according to a March survey from BRANDfog. And social CEOs are seen as better leaders and more trustworthy.

In November, I reported on a study by the Center for Market Research at the University of Massachusetts Dartmouth that indicated America's largest companies are placing less importance on social channels. It also showed that smaller businesses host twice as many blogs and are more likely to be on Facebook and Twitter.

Perhaps social media works best for small to midsize company executives who can take more risks in order to grow their business. It's certainly something for companies of all sizes to consider.

Related: How to Find Your Authentic Voice on Social Media