The Origin of the Internet's Most Famous Dumpster Fire

It's the GIF of the election!

If you've spent any time on social media during this campaign season, you've seen the dumpster fire. It's a big, blue dumpster, up against a gray wall. It burns with the rage of 225 million eligible voters. And it became the internet's favorite visual metaphor to describe an election that's devolved into the country's hottest mess. Like this:

The GIF has been viewed more than 10 million times, according to Giphy, which powers GIF tools inside both Twitter and Facebook Messenger. In fact, if you open the GIF function on either of those apps and type in "dumpster," this is the first dumpster you see. "It isn't a debate until someone posts the dumpster fire," a Wall Street Journal reporter once tweeted. Columbia Journalism Review, citing the GIF, even dug into the history of the phrase "dumpster fire" in politics. (The earliest reference it could find: a 2008 post on a blog called "Scholars and Rogues".)

But nobody has yet answered this pressing question: What is that actual dumpster that's on fire? So I asked Giphy if it could track back the source, and the company delivered.

The world's most famous dumpster fire came from this YouTube video, which identifies the fire as being located behind the official home of The Oscars: the Dolby Theatre in Hollywood, Calif. "Engine 27 makes quick work of a large dumpster fire," the video caption says.

So what exactly happened on this fateful day in 2012? Had some Oscar nominee lost to The Artist (like everyone that year), then gone outside for a smoke and flipped the lit butt into the dumpster? That's less clear. The Los Angeles Fire Department wasn't particularly impressed at how famous the fire had become, and didn't want to produce anyone from Engine 27 to tell the heroic story. "Unfortunately, social media, it is important to this fire department, but I don't see us dedicating time and resources to a video that's popular online," a spokesman told me.

He then referred to the famous dumpster fire as a "rubbish fire," which isn't very social-media friendly.

The Dolby Theatre was equally unhelpful. I spoke to two different customer service representatives, neither of whom worked there in 2012, and both of whom promised to have someone call me back. That didn't happen. Emails to the theater's general manager and director of operations went unanswered.

And so the question lingered: Was this fire, in fact, behind the Dolby Theatre? I didn't just want to trust the caption on a YouTube video. So, I pulled up Google Street View and started virtually wandering around the Dolby Theatre. 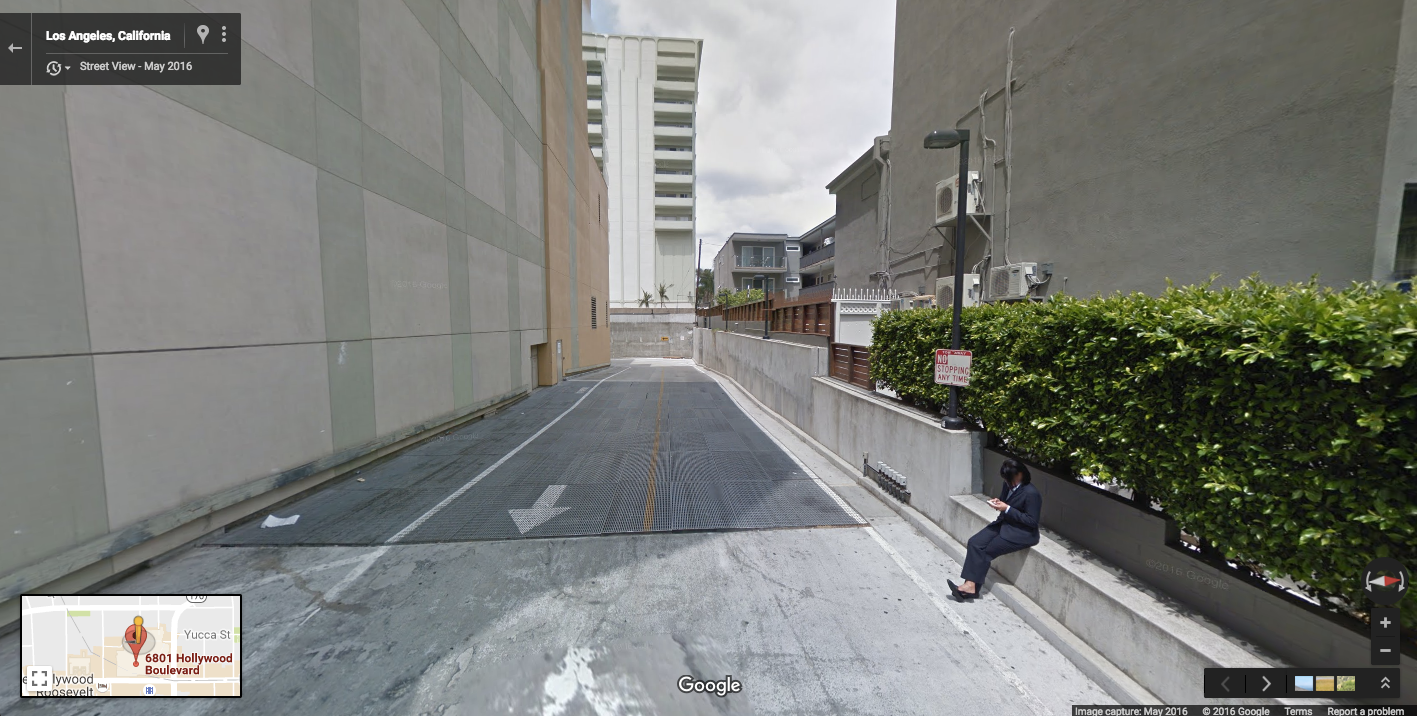 Not there. But let's walk a little further in. 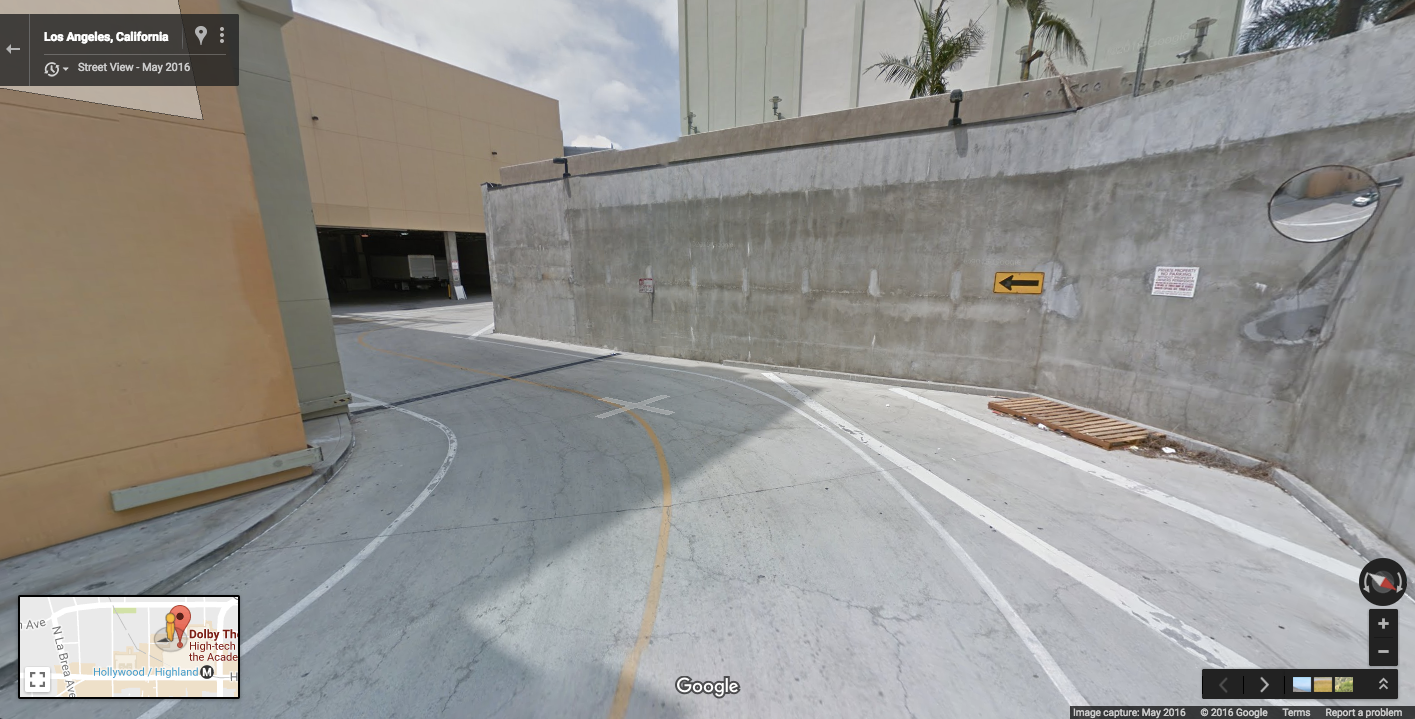 Nope. But maybe it's around the corner? 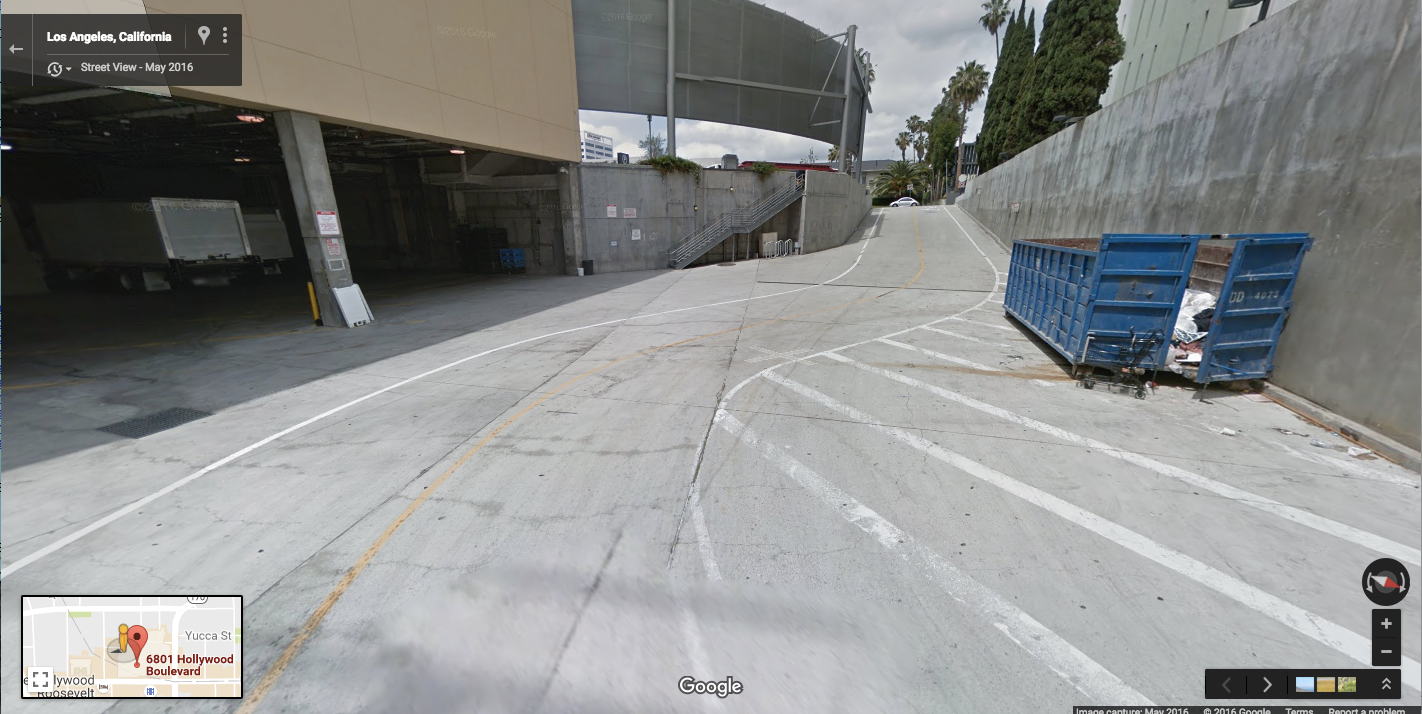 Oh! Is that Our dumpster? 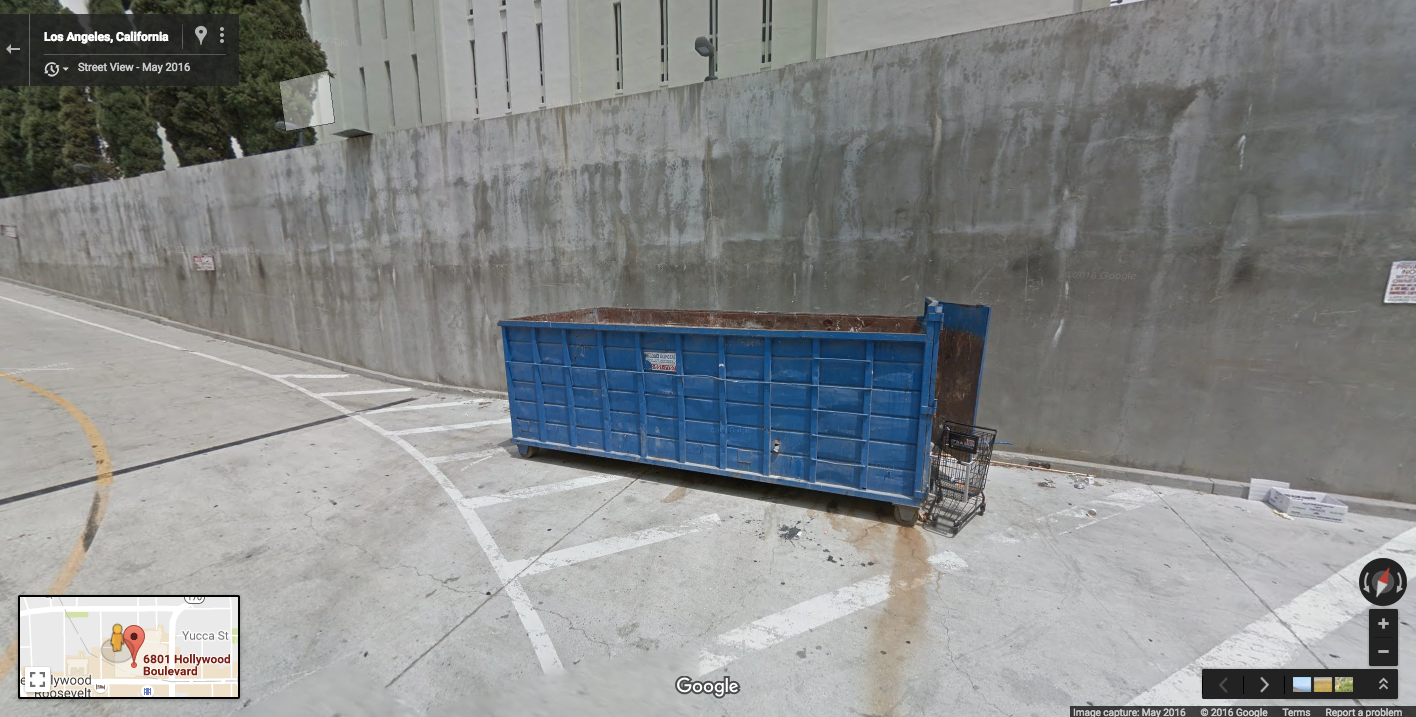 Related: The Ultimate Guide to GIFs: How to Create Them and When to Use Them

Perhaps the Dolby Theatre prefers not to be associated with dumpster fires, and that's why it didn't answer my calls. I can appreciate that. But bad stuff happens -- in business, in politics and wherever you dispose of your trash. There's no reason to act otherwise, because a problem in the past is a problem that was solved, and that's always a good story to tell.

So let's end this tale with another gif -- not of a dumpster on fire, but of that same dumpster fire being put out. It is, after all, the ending we all want.