Heard of the McWhopper, but worried you'll never get a taste yourself? Here's the solution.

On Wednesday, Burger King released an open letter to McDonald's asking the burger chain to team up to create the McWhopper: half Big Mac, half Whopper. McDonald's CEO Steve Easterbrook's responded cryptically on Facebook, making it unclear if the collaboration will ever happen.

Entrepreneur wanted to test if the McWhopper was a worthy creation for the two burger giant to team up to create. So, we hit up a McDonald's and Burger King in New York City to craft a McWhopper of our own, following Burger King's suggested recipe.

Here's how we did it. 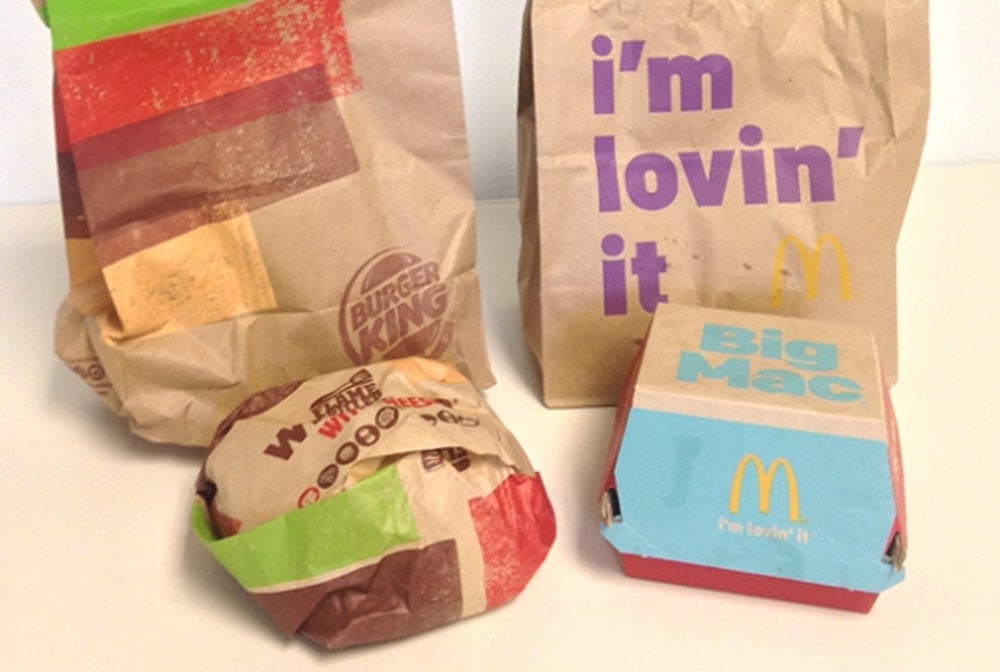 While the pair are often compared, Burger King's star burger is pricier than McDonald's, despite the Big Mac's two patties to the Whopper's one. In Manhattan, a Whopper costs $6.29 before tax, while a Big Mac costs $4.29. A McWhopper would therefore cost a total of $10.58 – at least for the D.I.Y. edition. 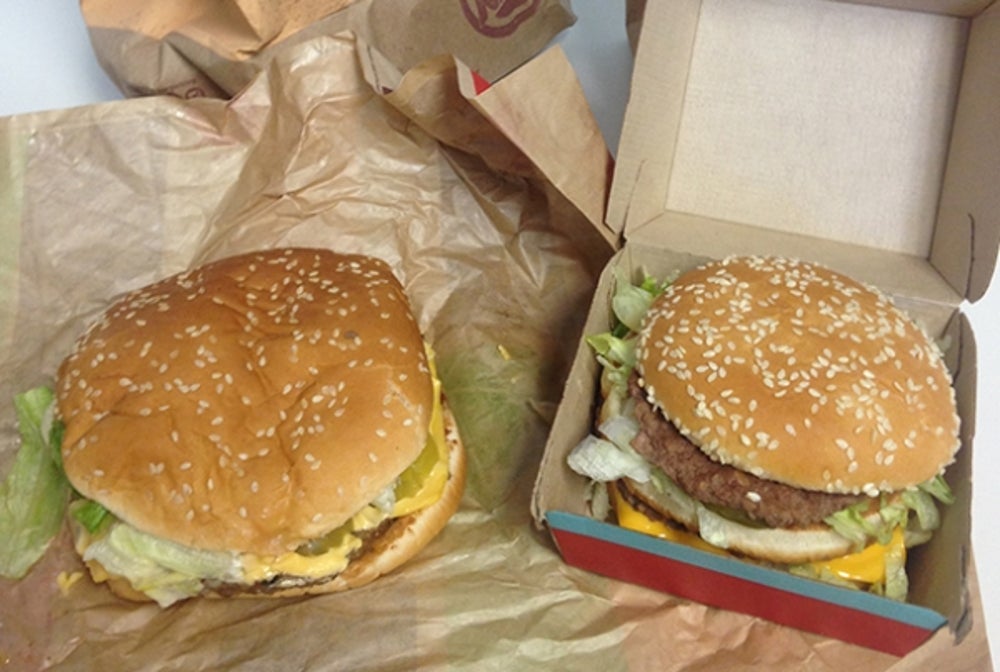 The Whopper and the Big Mac
Image credit: Kate Taylor

According to Burger King, the McWhopper combines the Big Mac's top bun, all-beef patty, cheese, lettuce, special sauce and middle bun with the Whopper's tomato, onion, ketchup, pickles, flame-grilled patty and bottom bun. That means a full patty from the Big Mac, plus buns and the Whopper's lettuce are left behind.

Related: From Subway's Jared to Bill Cosby: How Do You Make Hiring a Spokesperson Worth the Risk? 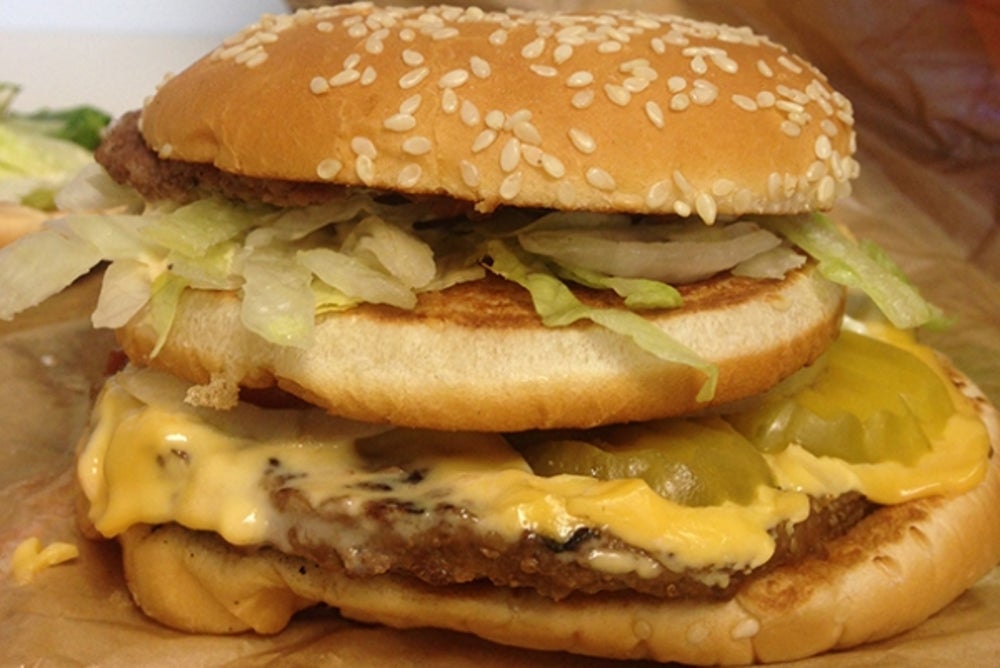 The actual McWhopper is less aesthetically pleasing than Burger King's mock up. Notably, the combination burger highlights the Whopper's strengths, as the circumference of Burger King's burger is larger than the Big Mac. As a result, the McWhopper is a bottom heavy burger that makes the Big Mac look like the Not-So-Big Mac. Is the Burger King the kindhearted humanitarian, or is he forcing a comparison in which customers conclude that size does indeed matter? 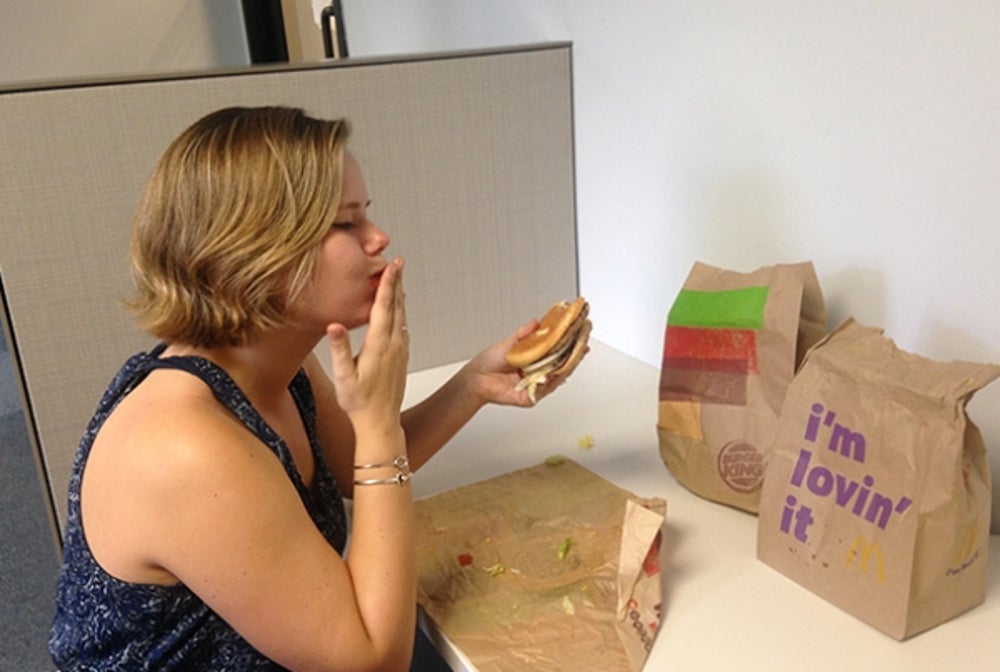 It's hard to review this burger's flavor beyond saying, if you like Big Macs and Whoppers, you'll like them combined. The previously mentioned bottom-heavy aspects make holding the burger a bit more difficult than a typical burger, but beyond that, it's nothing unexpected.

The McWhopper utilizes McDonald's special sauce, an aspect of Burger King's proposal that gives the burger a classic, McDonald's taste. However, when pairing patties together, it is clear that Burger King has the slight upper hand on McDonald's in taste as well as size. Maybe the lack of prior warning isn't the only reason McDonald's CEO hesitated before agreeing to Burger King's McWhopper proposal.

Related: 10 Fast-Food Restaurants That Now Deliver (If You Live in a Certain Area)