They got to greatness. But they moved forward first.
Next Article

In times of great difficulty, when it’s hard to move forward or even summon the reasons to get up in the morning, there is some comfort. That comfort comes from what we still control.

We often discount the role luck has in our successes, believing them wholly earned -- something bought and paid for with sweat and persistence. This can leave us angry and unprepared for our failures, leaving us feeling as if we’ve been robbed or cheated. In reality, our lives should make the best of both work and luck.

Of course, that does little to ease the sting of loss or unfairness. The only remedy to for that, the only salve that works, is strength. It's a steady regimen of putting one foot in front of the other.

Let these quotes on strength and resilience serve as your balm and inspiration -- and help you on your long road forward. 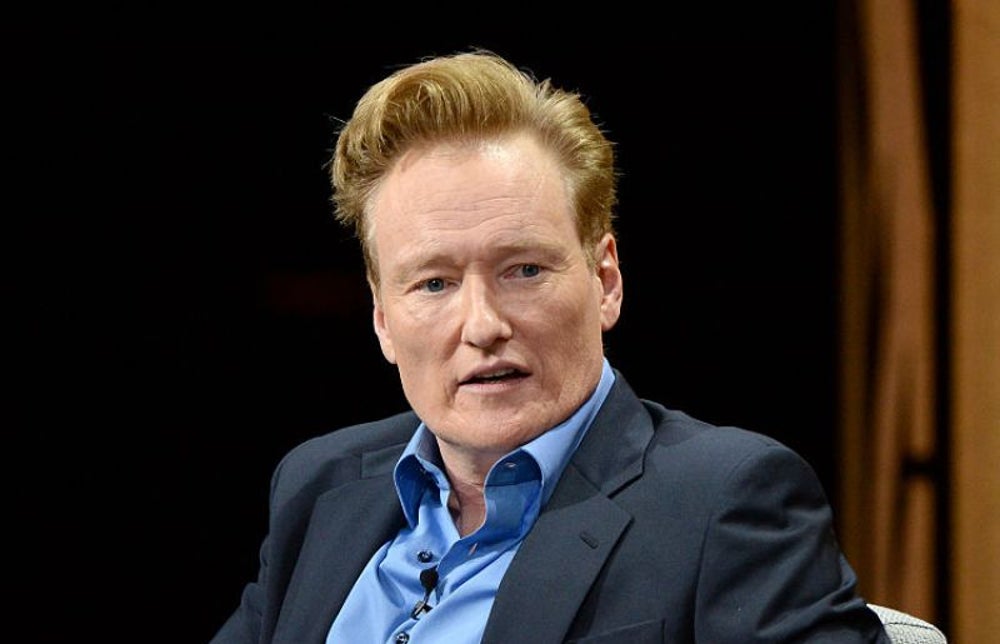 "There are few things more liberating in life than having your worst fear realized. … It’s not easy, but your perceived failure can become a catalyst for profound reinvention. … Whether you fear it or not, disappointment will come. The beauty is that through disappointment you can gain clarity, and with clarity comes conviction and true originality."

Honor what was lost. 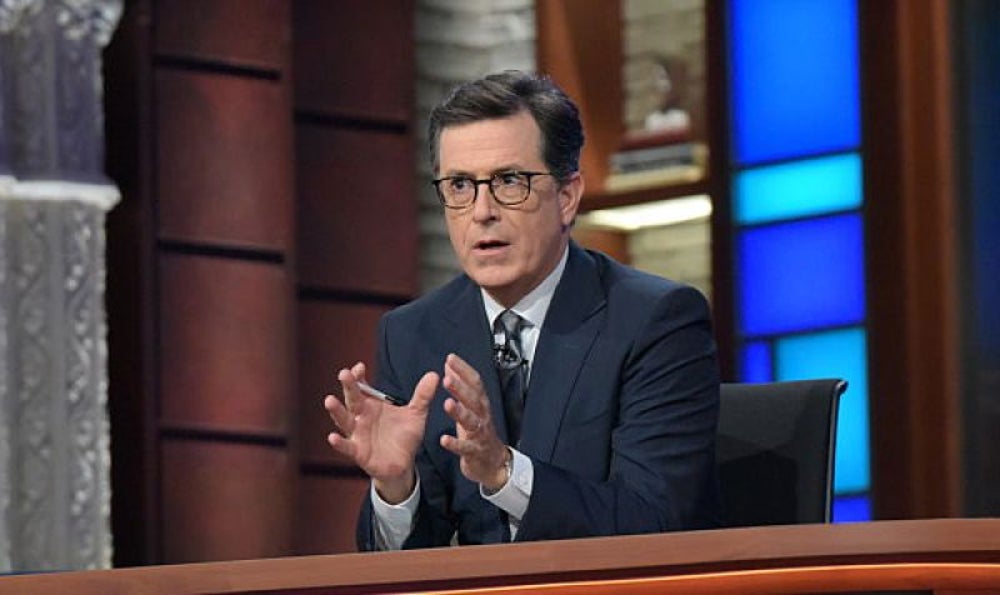 "She knew more than her share of tragedy, losing her brother and her husband and three of her sons. But her love for her family and her faith in God somehow gave her the strength not only to go on but to love life without bitterness and instill in all of us a gratitude for every day we have together. And I know it may sound greedy to want more days with a person who lived so long, but the fact that my mother was 92 does not diminish, it only magnifies, the enormity of the room whose door has now quietly shut."

-- Stephen Colbert, talk show host, in a tribute to his mother after her death 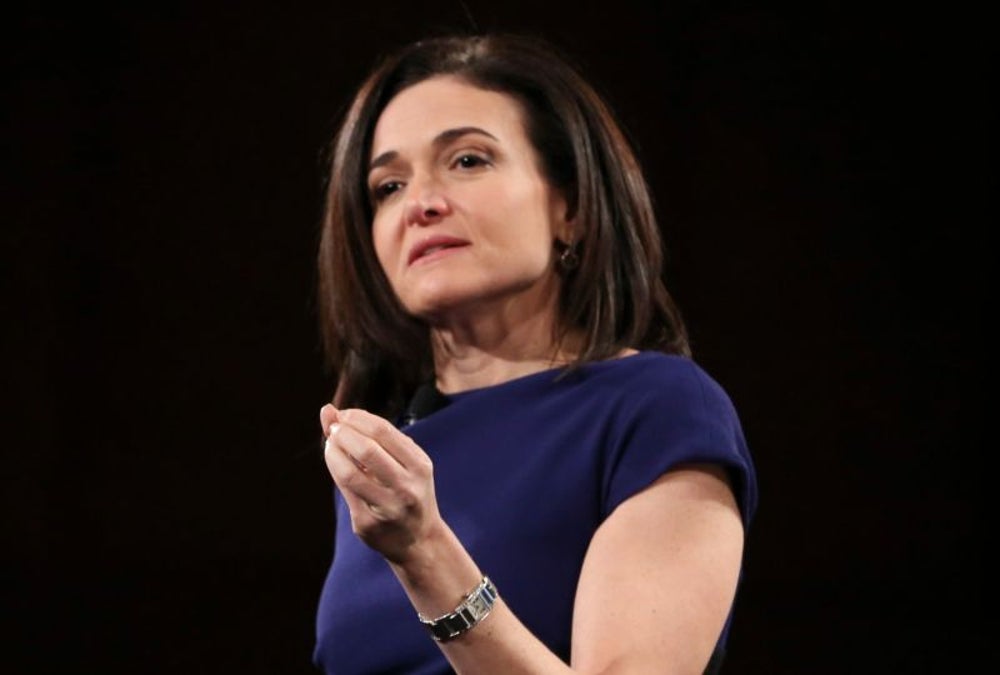 "One year and 13 days ago, I lost my husband, Dave. His death was sudden and unexpected. … A few weeks after Dave died, I was talking to my friend Phil about a father-son activity that Dave was not here to do. We came up with a plan to fill in for Dave. I cried to him, 'But I want Dave.' Phil put his arm around me and said, 'Option A is not available. So let’s just kick the shit out of option B.' We all at some point live some form of option B. The question is: What do we do then?"

-Sheryl Sandberg, chief operating officer of Facebook, during a 2016 commencement speech at the University of California at Berkeley. 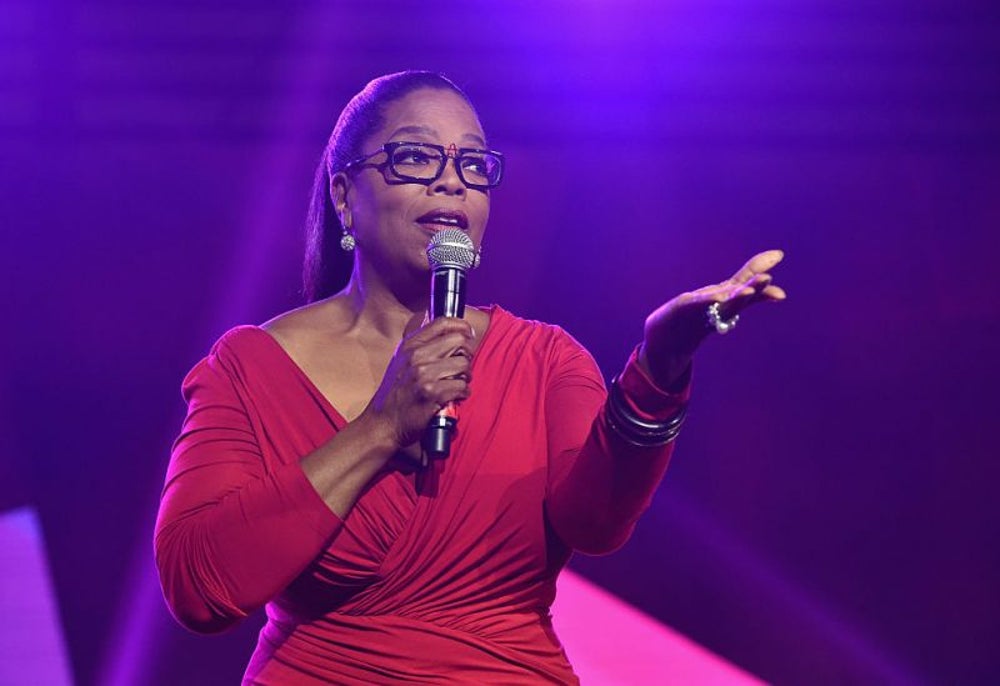 "At some point you are bound to stumble because if you’re constantly doing what we do, raising the bar. If you’re constantly pushing yourself higher, higher the law of averages not to mention the Myth of Icarus predicts that you will at some point fall. And when you do I want you to know this, remember this: there is no such thing as failure. Failure is just life trying to move us in another direction."

-- Oprah Winfrey on the challenges of starting OWN, during a 2013 commencement address at Harvard 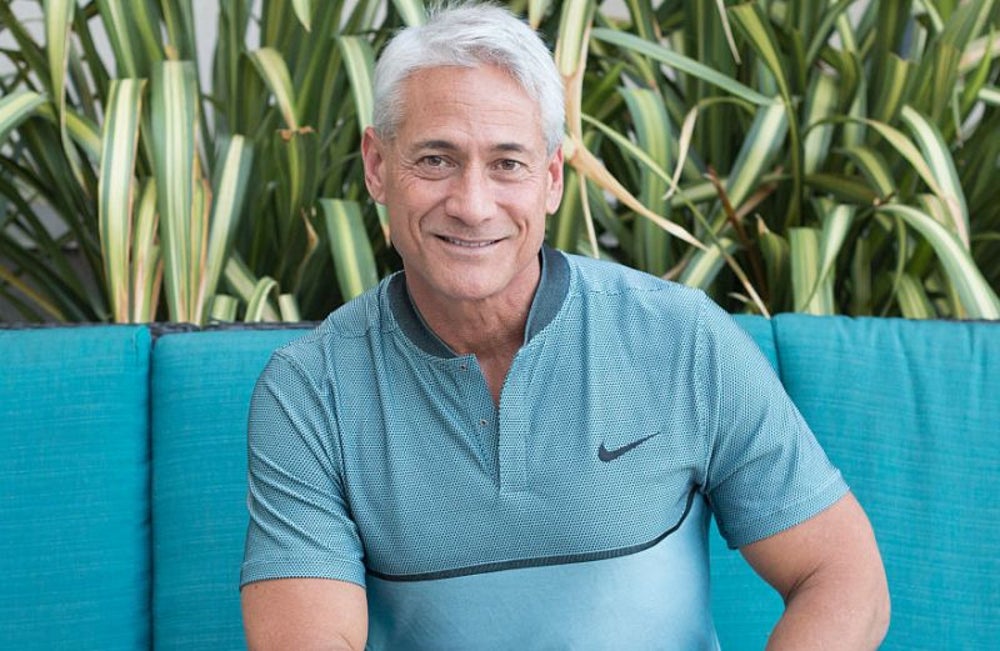 "If you focus on perfection, you may never get out of the gate since you'll fear falling short of that. Even in diving, the definition of a score of 10 is excellent, not perfect."

-Greg Louganis, Olympic diver, in an article on Entrepreneur.com 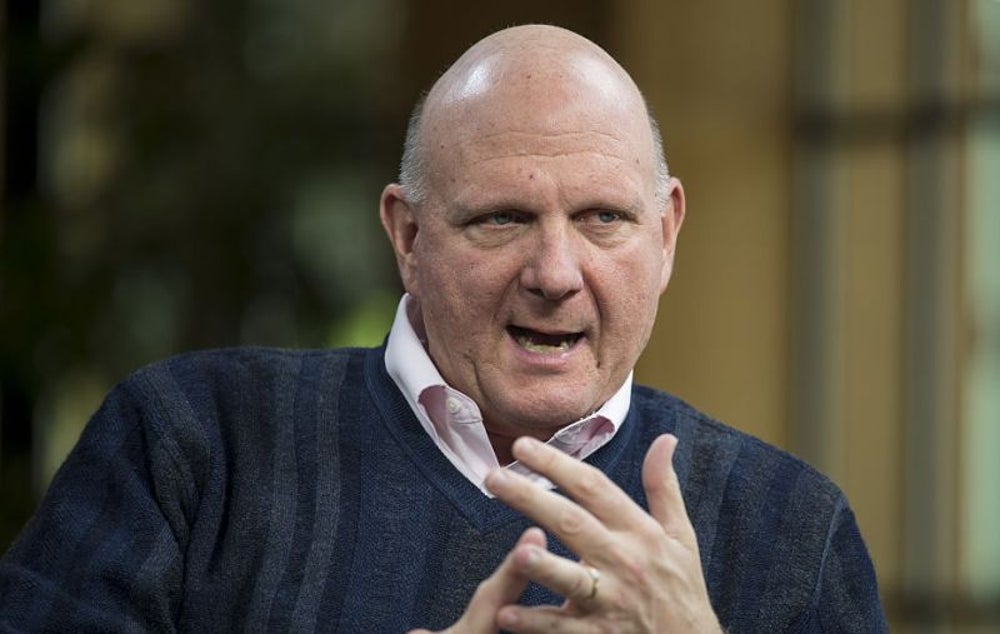 -- Steve Ballmer, former Microsoft CEO, during a 2014 commencement at the University of Washington 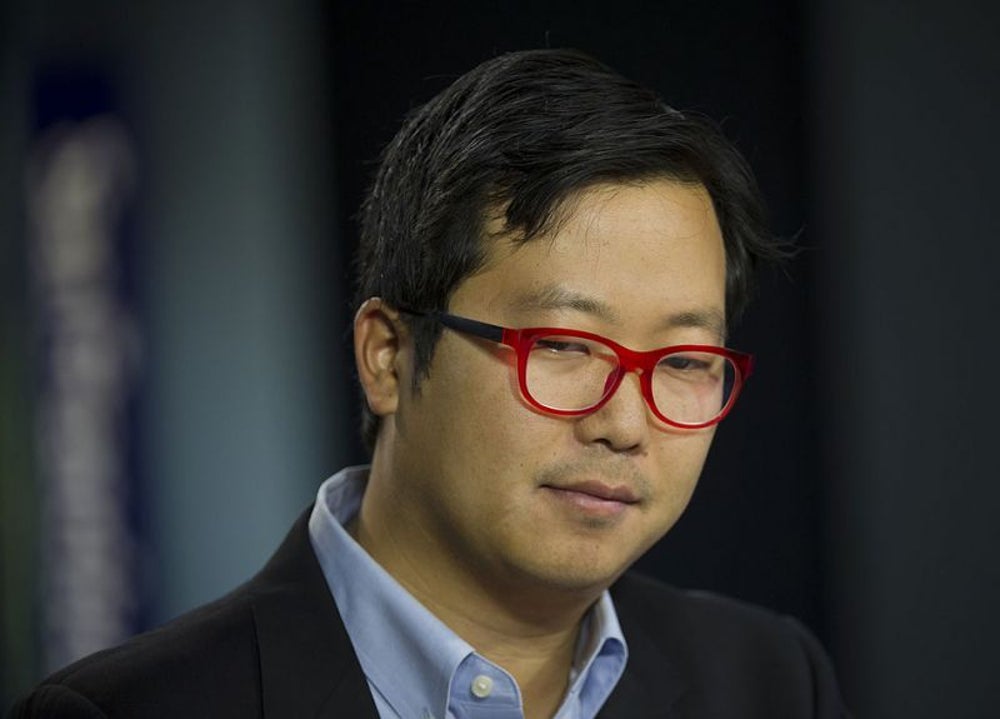 "Back in 2001, when I folded my first company, it wasn’t just that my self-confidence was depleted. I contemplated suicide. It was really dark. And then you realize you sulking isn’t going to make a difference. It’s not going to make you smarter or better. The only thing to do is learn from it, get up and try again."

-- Ben Huh, founder of Cheezburger, during a video interview with Entrepreneur.com 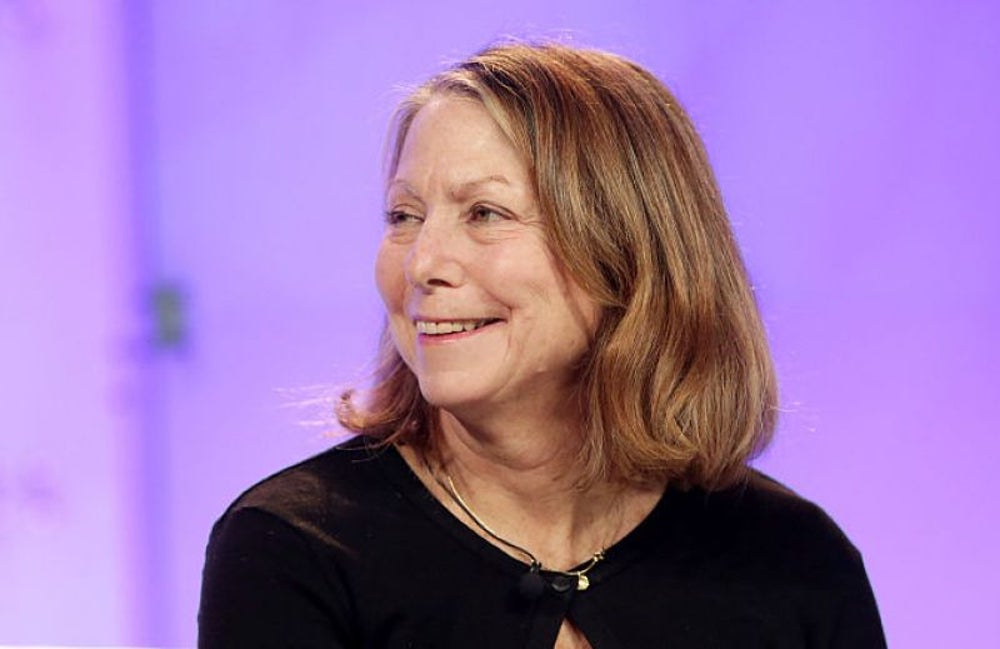 "While I was in Beijing, one of our Chinese journalists, Patrick Song, was detained for hours by authorities. The government meant to scare and intimidate him. Why was he detained? Simply because he worked as a truthful journalist. So what did he do? He came right back to work and quietly got on with things. 'I did what I believe, and that makes me fearless,' Patrick told me after his ordeal." 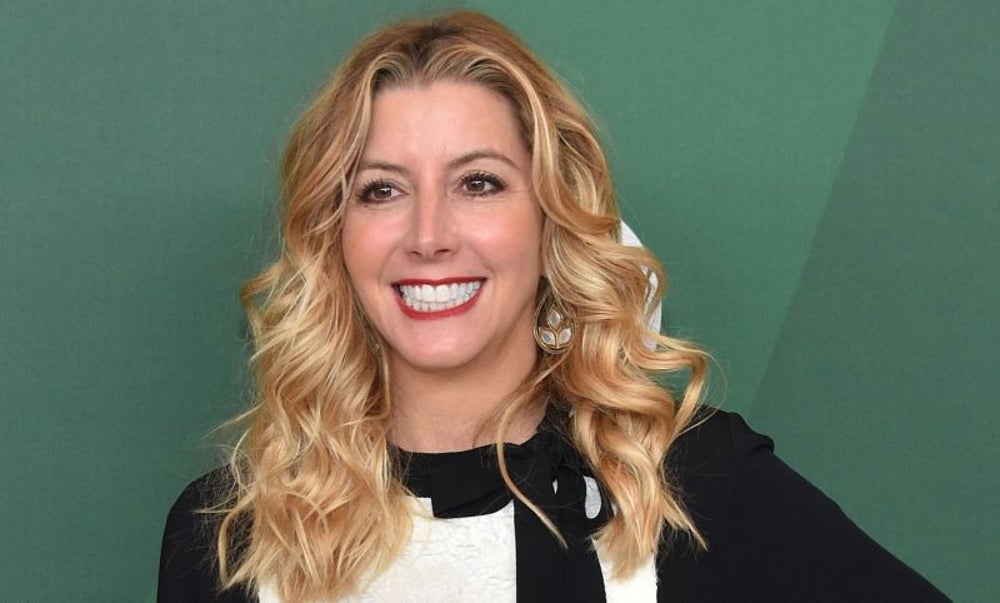 "I listen to motivational tapes and my favorite is an early series by Wayne Dyer, How to Be a No-Limit Person. When I was 16, I saw my good friend get run over by a car and killed. Around the same time, my parents separated, and my dad handed me that series, and said, 'I wish someone gave this to me when I was your age instead of having to discover it when I was 40.' I memorized all 10 tapes. It's my go-to gift for people I care about."


-- Sara Blakely, founder of Spanx, during an interview with Entrepreneur 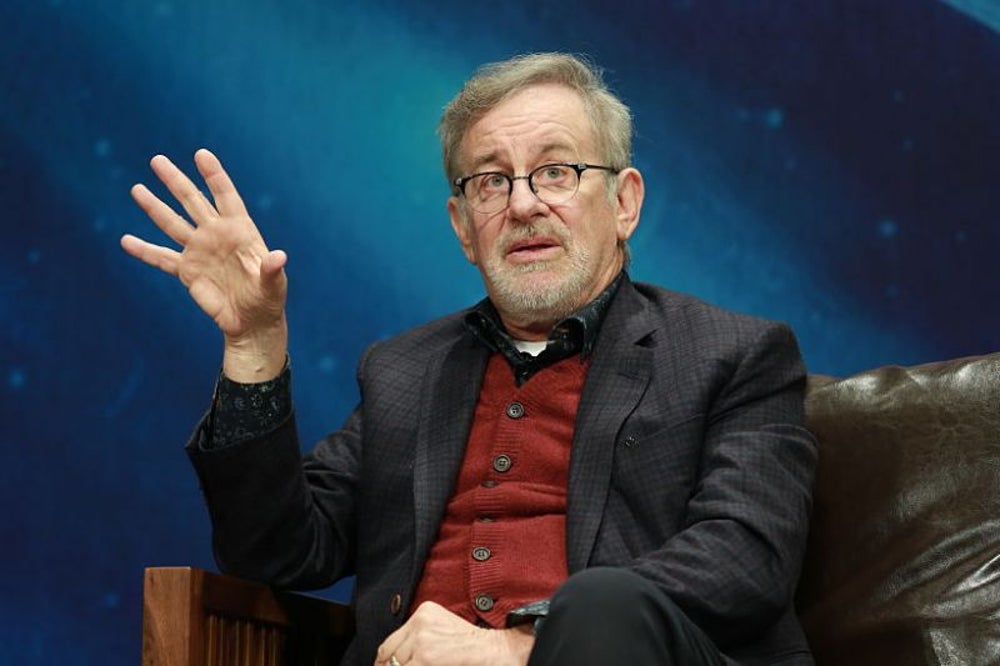 "Instinctively and maybe even genetically, we divide the world into ‘us’ and ‘them.’ So the burning question must be: How do all of us together find the ‘we?’"

Take chances on yourself. 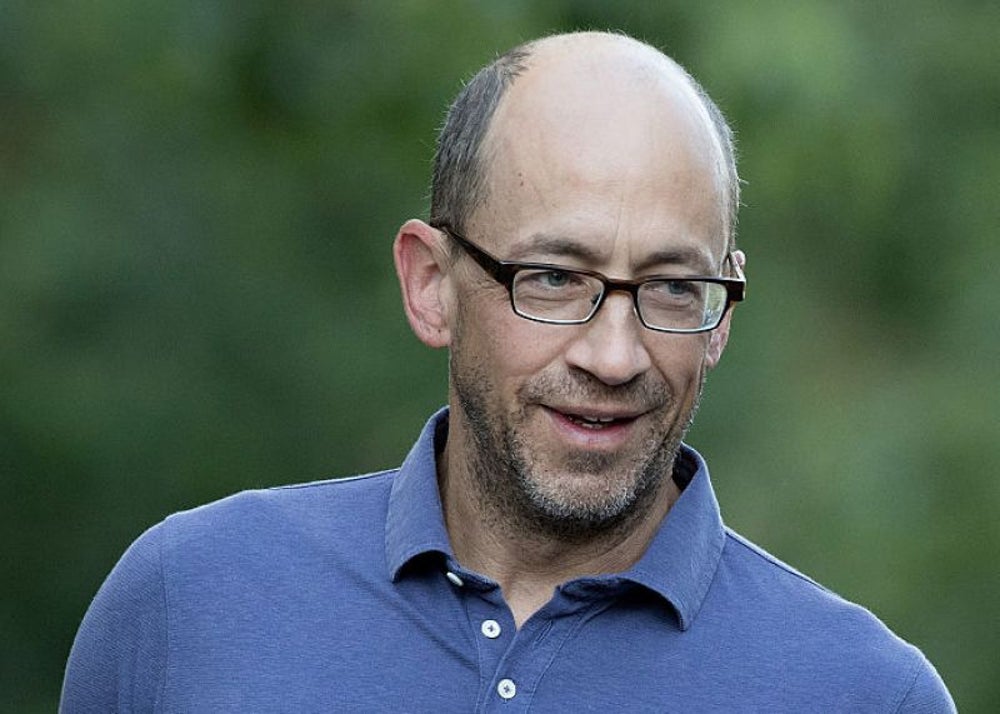 -- Dick Costolo, former Twitter CEO, during a 2013 commencement at the University of Michigan 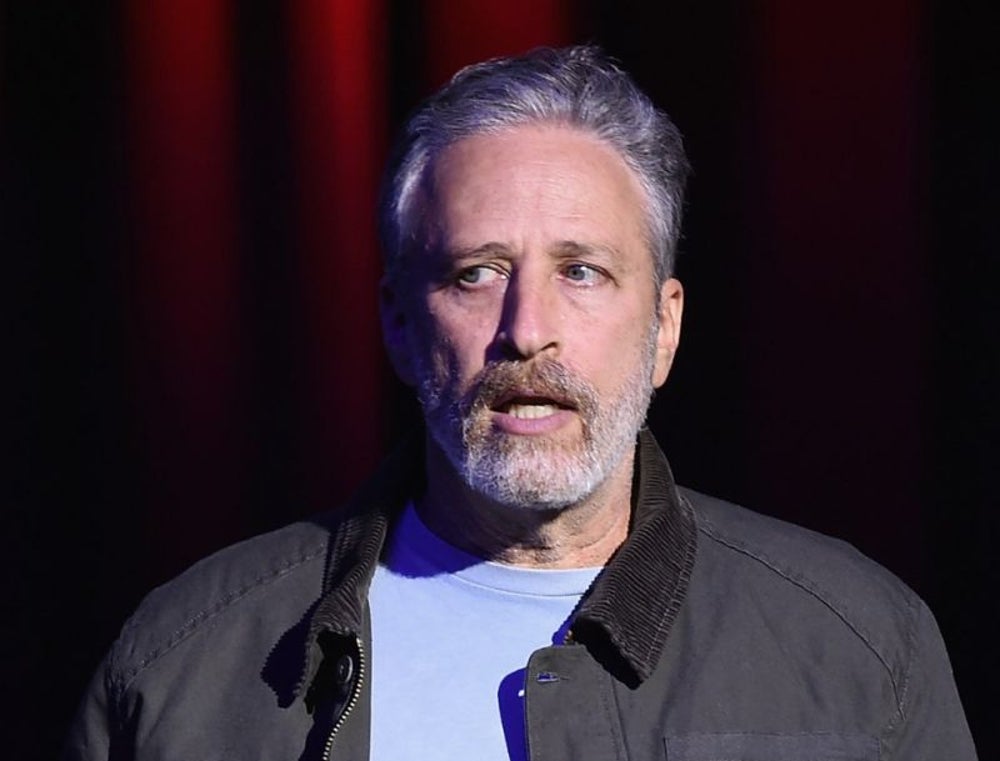 -- Jon Stewart, comedian and talk show host, after the 9-11 attacks in New York 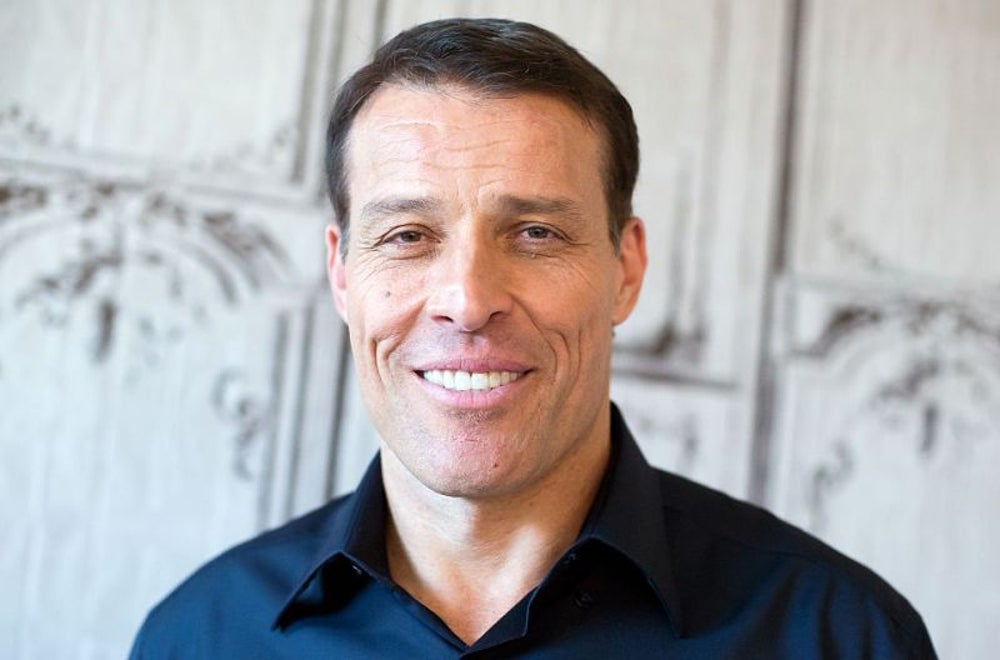 "Strategies don’t change you. Implementation does. And people don’t implement because they have a missing story or at worst they have a disempowering story, a belief that says, 'I’ve tried everything.' So, I tell people, 'Divorce your story and marry the truth.' You find the truth by finding someone who is getting the results you want and finding out what they believe. And you’ll find their beliefs are radically different from your own."

-- Tony Robbins, author and speaker in an interview on Entrepreneur

Be a beginner again. 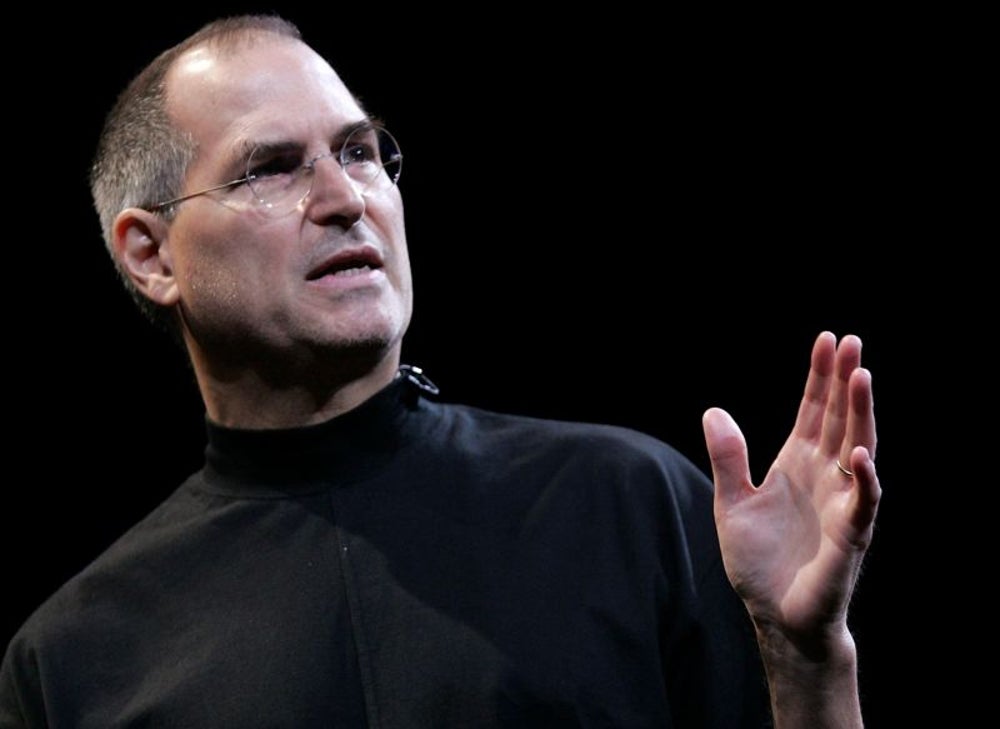 "I really didn’t know what to do for a few months. I felt that I had let the previous generation of entrepreneurs down -- that I had dropped the baton as it was being passed to me. I didn’t see it then, but it turned out that getting fired from Apple was the best thing that could have ever happened to me. The heaviness of being successful was replaced by the lightness of being a beginner again, less sure about everything. It freed me to enter one of the most creative periods of my life."

-- Steve Jobs, Apple founder, on being fired from the company he’d started in a 2005 commencement address at Stanford University 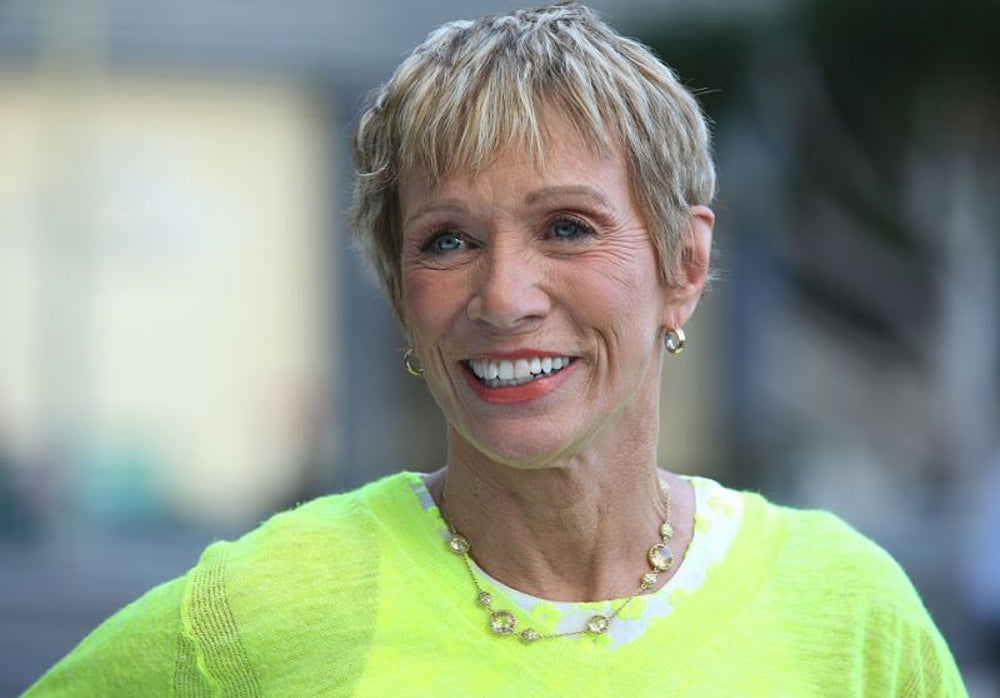 "Obstacles move in and park themselves on your chest. They're there to kill your spirit and take your confidence, and you need to spot them coming through the door and shoot them [and] not let them hang out. I didn't know that back then and could have easily lost my business. When my boyfriend left me, I gave it way too much thought, and as I analyzed what went wrong, what I lacked, how the business would not survive and what people would think, I lost my confidence. There were solutions all around as there always are, but I couldn't see them. I've since learned that you need to treat obstacles just like opportunity -- quickly without much thought and move on."

-- Barbara Corcoran, real estate mogul and Shark Tank host, in an interview with Entrepreneur about a breakup with a boyfriend who was also her co-founder and first investor 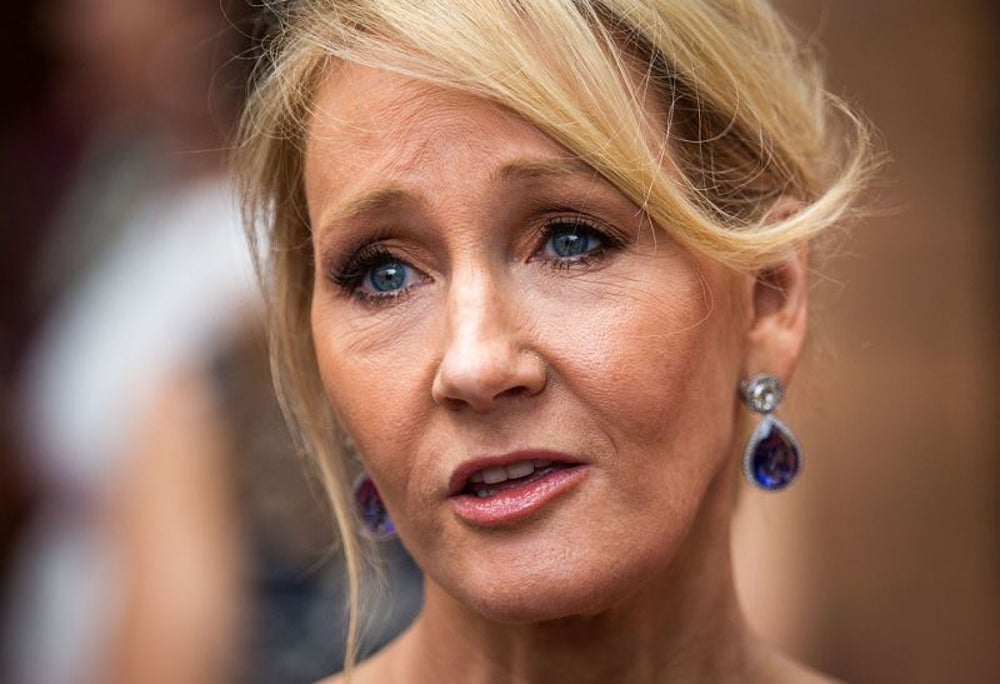 "The knowledge that you have emerged wiser and stronger from setbacks means that you are, ever after, secure in your ability to survive. You will never truly know yourself, or the strength of your relationships, until both have been tested by adversity. Such knowledge is a true gift, for all that it is painfully won, and it has been worth more than any qualification I ever earned."

-- J.K. Rowling, author, on being a jobless divorced single mother seven years after her college graduation, in a commencement speech
More from Entrepreneur