5 Surprising Things to Come Out of the Detroit Auto Show

From self-driving 'platforms' to notions of 'mobility,' this year's annual auto event reveals new priorities for manufacturers.
Next Article

While CES attracted a fair share of automakers looking to showcase cutting-edge car tech, from Microsoft’s Cortana virtual assistant in Nissan vehicles and Amazon’s Alexa in Fords and Volkswagens to Visa digital payments in Hondas, there were still plenty of surprises left for the Detroit Auto Show.

The fruits of numerous partnerships, along with several ultra-futuristic concept cars, took the stage in Vegas last week. After attending the weeklong event, Doug Newcomb, industry analyst and president and CEO of the C3 Group, published an op-ed in PCMag on Monday titled, “CES: The Greatest Auto Show on Earth?”

Related: The Most Innovative and Eye-Catching Cars of CES 2017

The Motor City and the nation’s top auto manufacturers have recognized that the future of transportation revolves around two tech-centric developments: ride-hailing and self-driving. Over the next two weeks, they’re convening to display their newest vehicles and, in large part, talk about the autonomous revolution.

Here’s a preview of the highlights before the Detroit Auto Show (also known as the North American International Auto Show) opens to the public on Jan. 14. 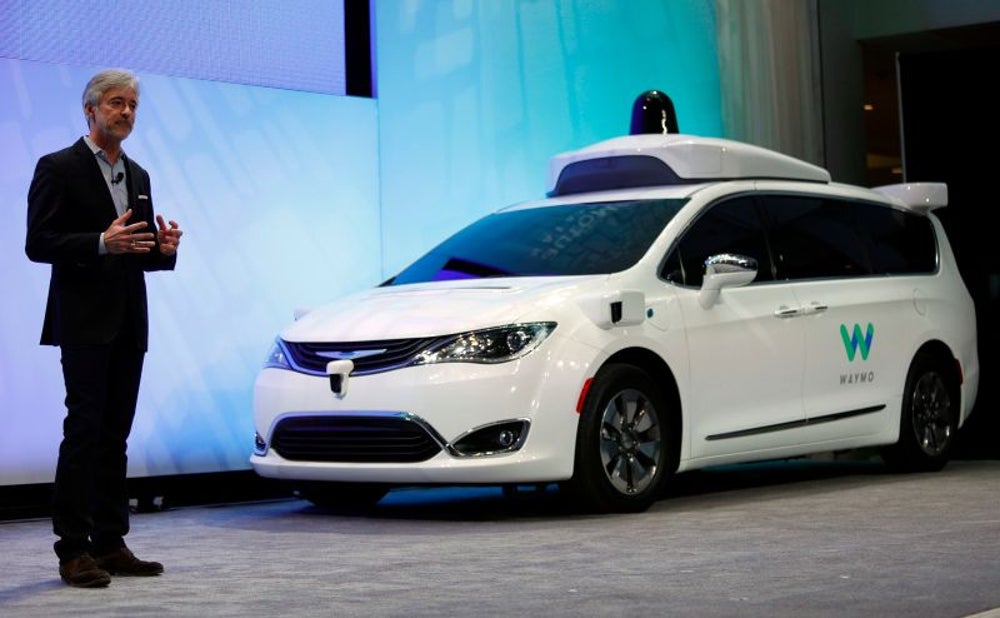 Waymo, a startup recently formed out of Google’s Self-Driving Car Project, just announced a new look for its growing fleet. By the end of the month, Waymo will add Chrysler Pacifica Hybrid minivans to its series of human co-piloted autonomous vehicles as part of an ongoing partnership with Fiat Chrysler Automotive. These Pacificas will join other models, such as Lexus RX450s, on public roads in Arizona and California, Waymo CEO John Krafcik told an audience at the AutoMobili-D expo on Sunday.

However, this new project heralds more than just a self-driving option for shuttling the kids to soccer practice. With its unveiling, Waymo also shared a major achievement: The company is now producing an “integrated hardware and software platform,” and it is collaborating with original equipment manufacturer partners (including Fiat Chrysler and soon perhaps Honda, based on Krafcik’s remarks) to install them. Waymo is producing all of the required sensors, including radar and lidar, in-house at a relatively low cost of $7,500.

Waymo is just one technology company racing to build a low-cost, reliable self-driving kit. Delphi Automotive and Mobileye demonstrated the system they are collaborating on at CES last week.

2. Automakers, including Ford, are thinking beyond consumer purchases. 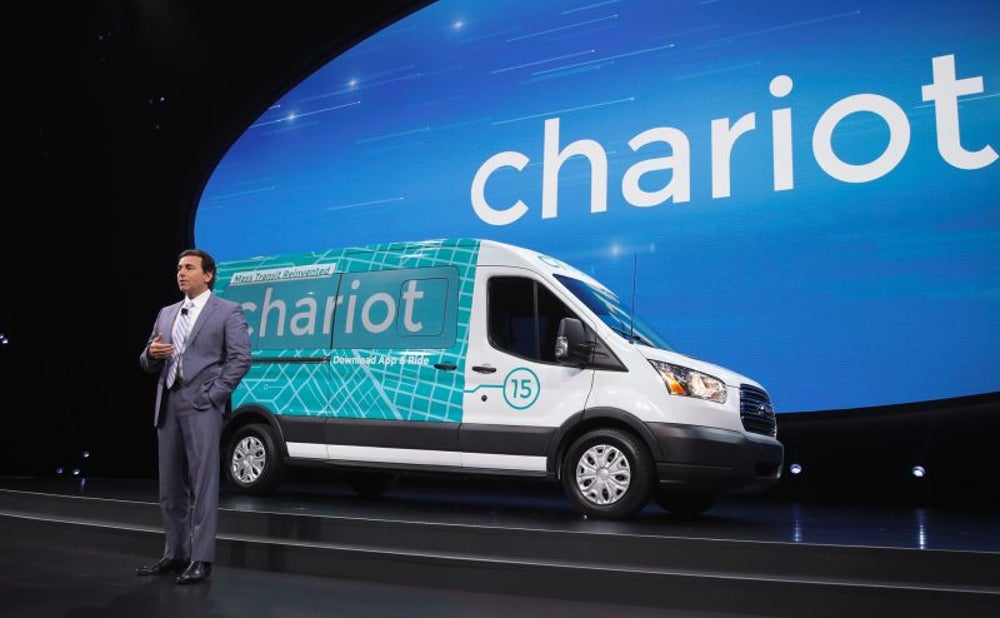 On Tuesday, Ford held an event titled “City of Tomorrow” at the Joe Louis Arena. The theme of the event was the changing role of automakers toward providing “mobility” in new ways outside of manufacturing cars and selling them to private consumers.

To that end, Ford discussed plans to expand an app-based shuttle service called Chariot, as well as a bicycle-sharing service and collaborations with city mayors to assist with urban planning.

Ford is not the first carmaker to rebrand itself as a company focused on mobility. BMW executives have previously spoken in these terms, even specifying an intent to pivot.

Meanwhile at City of Tomorrow, Ford’s consumer vehicles took the back seat. The updated 2018 model of the profit-driving F-150 was a side note during the day’s presentations, and the revival of the Bronco garnered even less attention, according to The Drive.

3. Volvo has hired a real family to test its self-driving car. 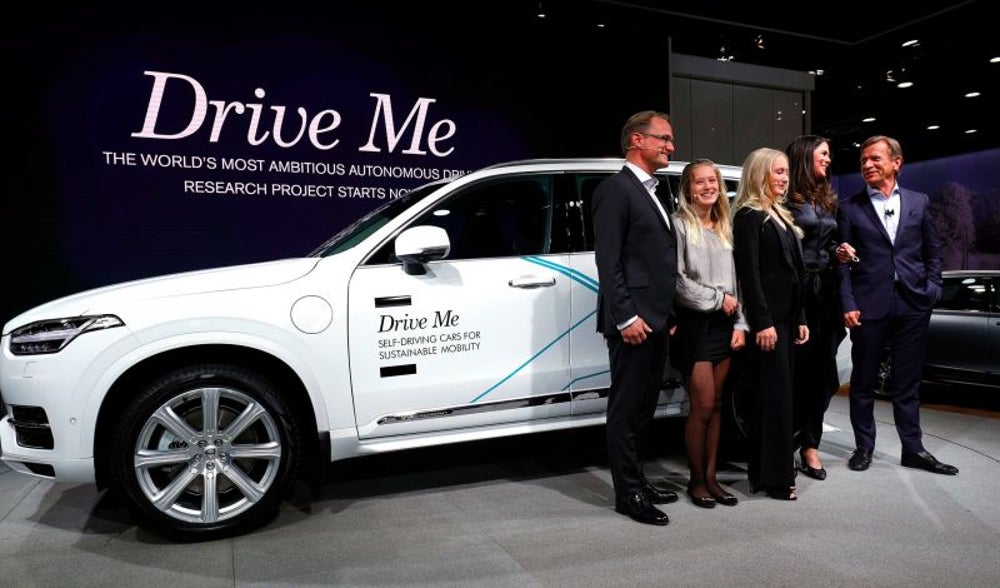 The Hains from Gothenburg, Sweden, are the first family (rather than team of engineers) to test its self-driving cars as part of a new research project called Drive Me.

“Volvo Cars believes that in the rush to deliver fully autonomous cars, many car makers are forgetting the most important ingredient: the people that will use them,” according to a press release on the Volvo website. “Volvo’s unique approach is to define the technology based on the role of the driver -- not the other way around.”

While the Hain family of four is the first group of private citizens who will ride in the cars on real roads in real traffic, others in Gothenburg -- and in other cities -- will soon follow.

Related: Your Next Company Car Might Be an Uber

The decision to reveal Drive Me at the Detroit Auto Show speaks to a common theme among the major unveilings in the Motor City: The show is about consumer adoption, not about futuristic fantasy. It’s about getting real people to see and believe the new technologies that they will soon be able to use and purchase.

Volvo hopes to have its first fully autonomous car on the market by 2021. It has also partnered with Uber to develop self-driving technology.

4. The old reliable Camry gets a facelift. 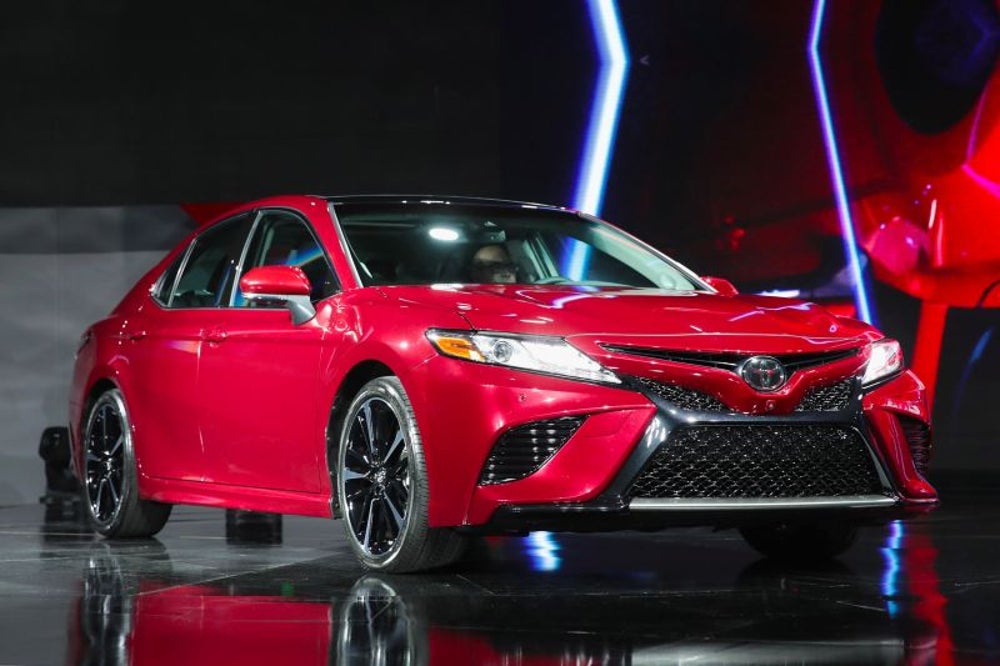 The Toyota Camry is the best-selling car in the country, but that’s never been because of its sex appeal. Toyota, at the Detroit Auto Show, touted a new look for its popular sedan.

The 2018 Camry will feature three power trains and modular front-wheel driving. It’s also wider, has a more rigid body structure and rides lower to the ground, according to Road & Track.

Related: Why I Refuse to Own a Car

It’s a move to make the sedan more appealing in the face of the rising popularity of SUVs, but some have questioned whether these changes will be enough. 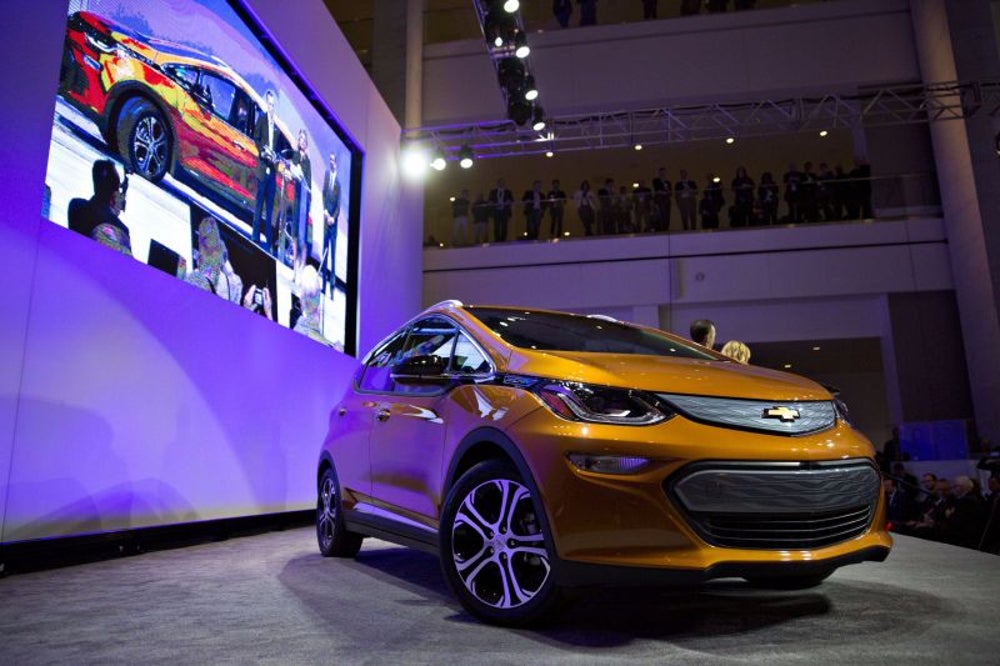 Speaking of the popularity of SUVs, the demand for utility vehicles goes hand in hand with a deprioritization of electric. But this shift isn’t merely taste-based. Low gas prices and an uncertainty regarding how President-elect Donald Trump will approach fuel emissions standards have resulted in a reduced interest in green cars.

While electric vehicle technology and hybrids are on display in Detroit, no company is debuting anything fully electric. But that didn’t stop GM’s Chevy Bolt from winning the North American Car of the Year Award on Monday.
More from Entrepreneur