The Top 10 Employers Gen Zers Dream of Working For

You'll be surprised which company doesn't crack the top of the list.
Next Article

What are the dream jobs of most teens and young adults today? Here’s a hint: They don’t want to work at Facebook.

Related: Bashing the Stereotypes: What You Need to Know About Gen Z

Although Gen Zers have a reputation of being glued to their smartphones, they are not very interested in working for the hottest social media companies of today. As it turns out, they’d rather work at their local hospital. A recent survey released by the National Society of High School Scholars (NSHSS) revealed that most Gen Zers aspire to go into medicine and health services. NSHSS surveyed 9,214 high school and college students born in and after the mid-1990s to uncover the top places they hope to work post-school.

Out of all students surveyed, the majority (31 percent) have an intended or current undergraduate major of medicine or health services. The second most popular major is one in the sciences (21 percent). Other popular majors among Gen Zers are business (14 percent), psychology (13 percent) and engineering (13 percent).

Related: Are You Ready for Gen Z?

With medicine, health and science being the primary areas of study for more than half of this demographic, it’s no surprise that organizations such as St. Jude Children’s Research Hospital, local hospitals and Children’s Healthcare of Atlanta make the top 10 on the list of places Gen Zers aspire to work. To prepare for careers in such fields, most Gen Zers are planning to head to graduate school after getting their undergraduate degrees -- in fact, 76 percent of survey participants plan to go to graduate school, and 33 percent of this subgroup plan to go to medical school.

Still curious where these youngsters have their sights set on for the future? Here are the top 10 companies Gen Zers want to work for. 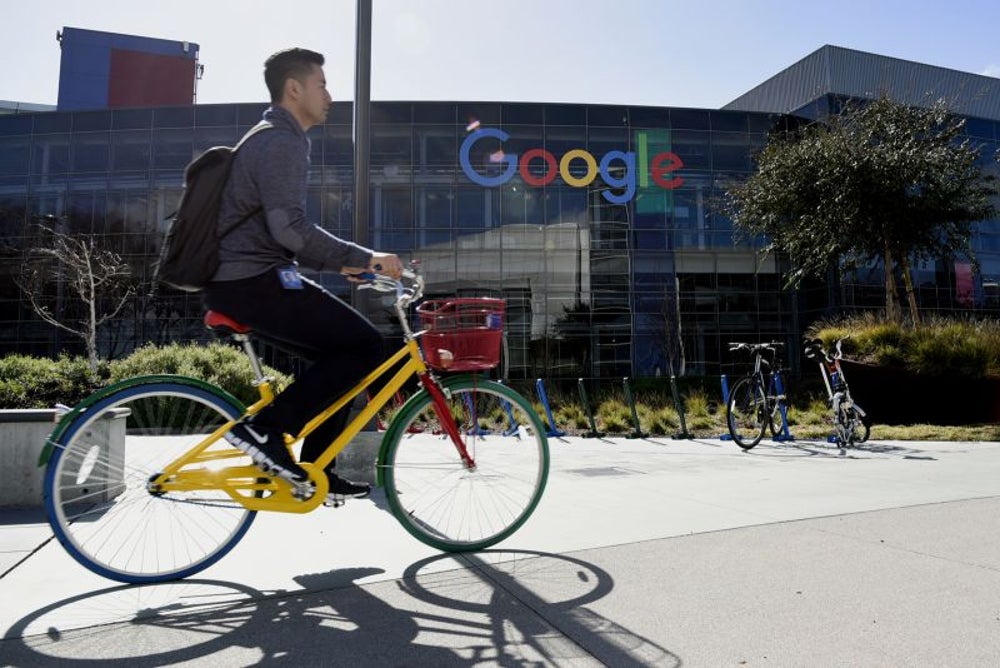 Image credit: Michael Short | Bloomberg | Getty Images
Moving up from second place in last year’s NSHSS survey results, Google is now the number-one company Gen Zers want to work for. Perhaps this is because they’ve never experienced life without Google, but its fun office campus and major employee perks and benefits make it an attractive employer to many. 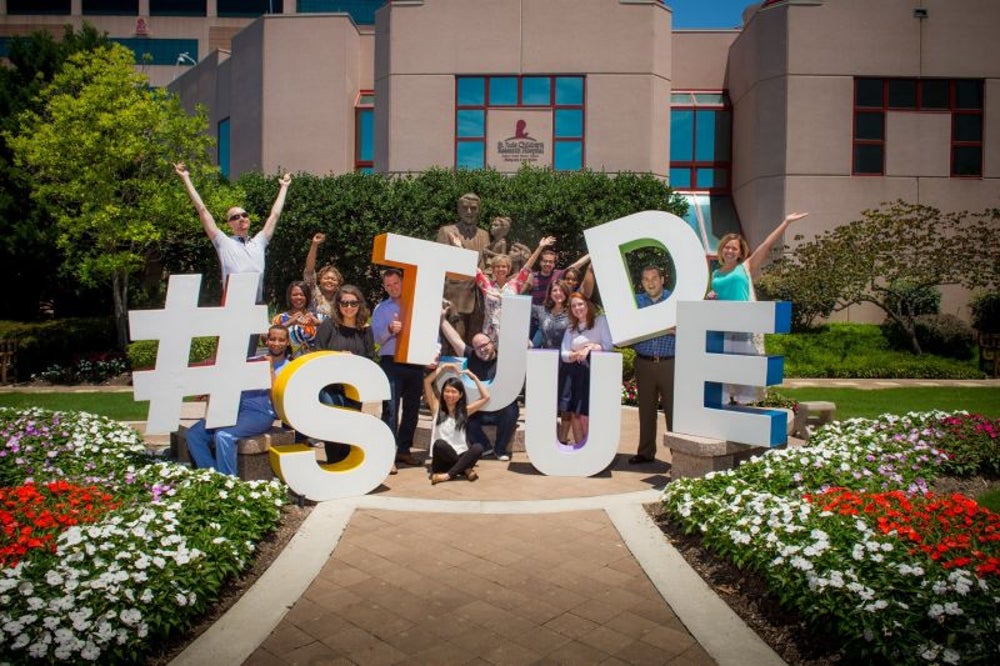 Image credit: St. Jude Research | Twitter
Also moving up a slot from last year’s survey, St. Jude Children’s Research Hospital takes second place among the companies that appeal to young people preparing for their careers. With nearly one-third of survey participants majoring in or planning to major in medicine and health services, it’s no surprise that this massive health center is so high on their lists. 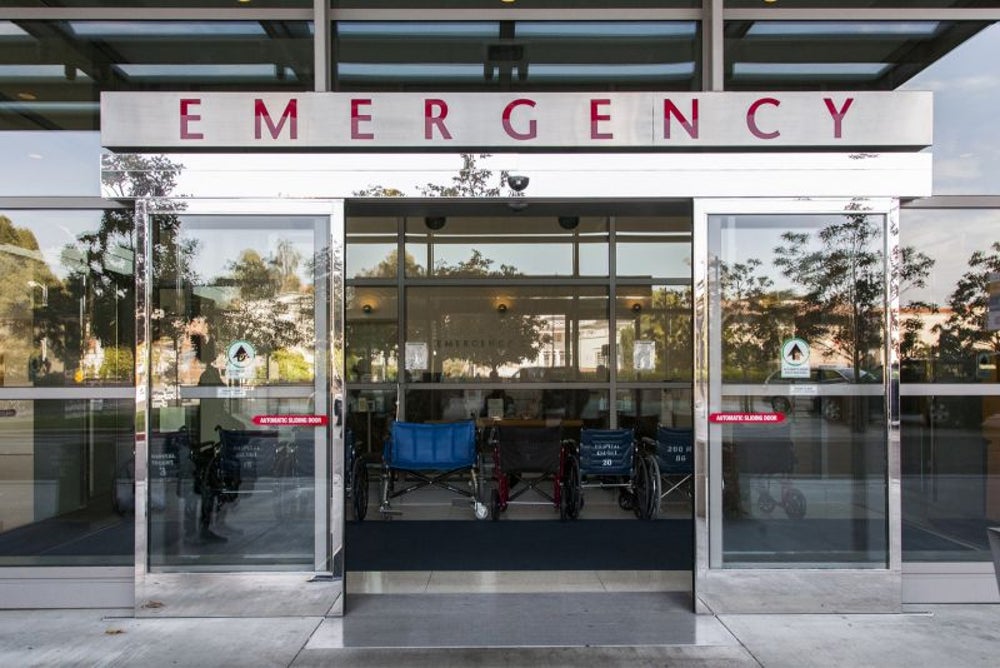 Many Gen Zers surveyed don’t need the label of a big hospital or health institution -- they just know that they want to work at a hospital. Coming in third place for top dream jobs of Gen Zers is working at their local hospital.

Related: 10 Ways to Appeal to the Next Wave of Workers: Generation Z 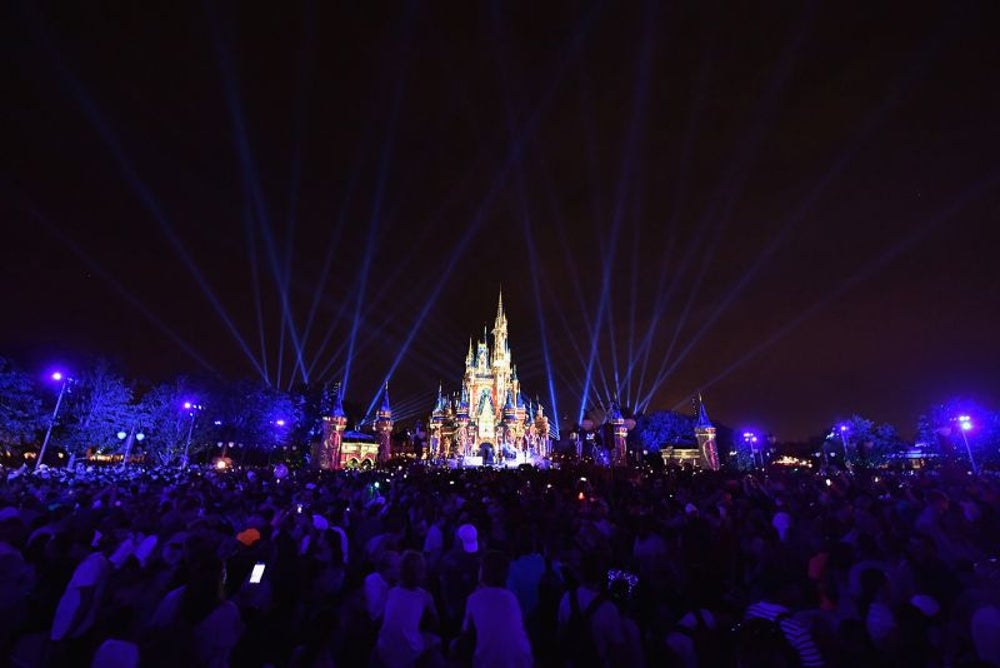 Image credit: Gustavo Caballero | Getty Images
The “happiest place on Earth’s” reputation stands strong. Even as they get older, Gen Zers won’t forget their childhoods. The Walt Disney Company is the fourth most common company that high school and college students aspire to work for. 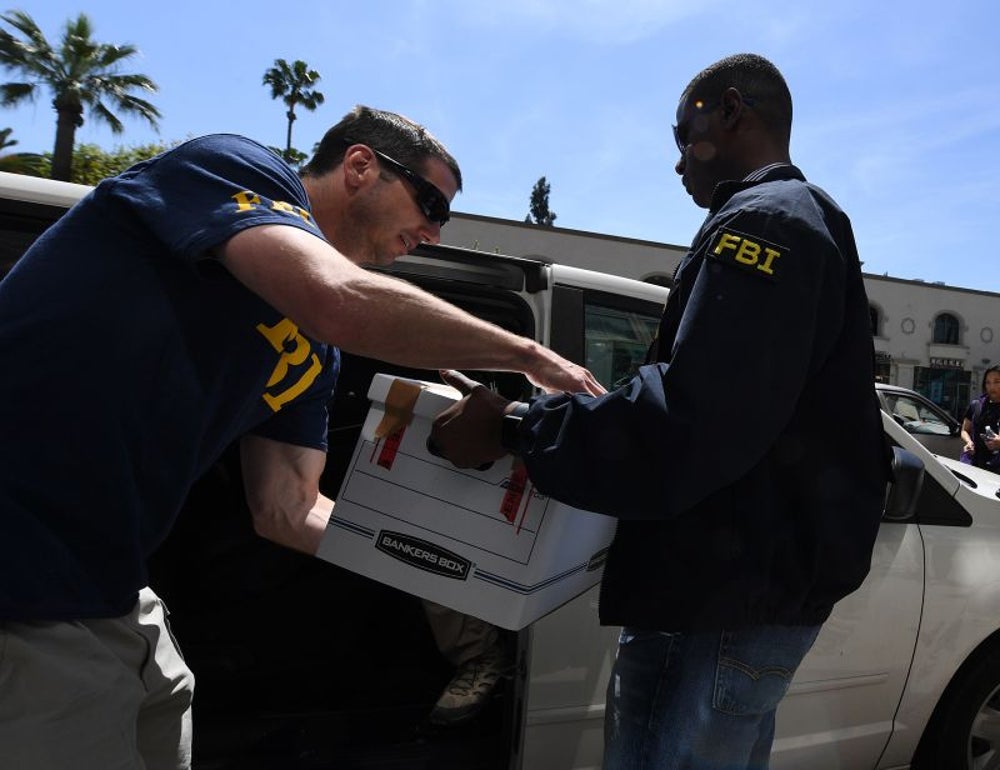 Image credit: MARK RALSTON | AFP | Getty Images
Once you’re an adult, crime and mystery aren’t just something to watch on TV and in movies. Many Gen Zers want to translate what they’ve seen on the silver screen into a career. Bumping up one slot on the list from last year’s survey, the Federal Bureau of Investigation comes in fifth among the companies and agencies for which today’s youngsters hope to work. 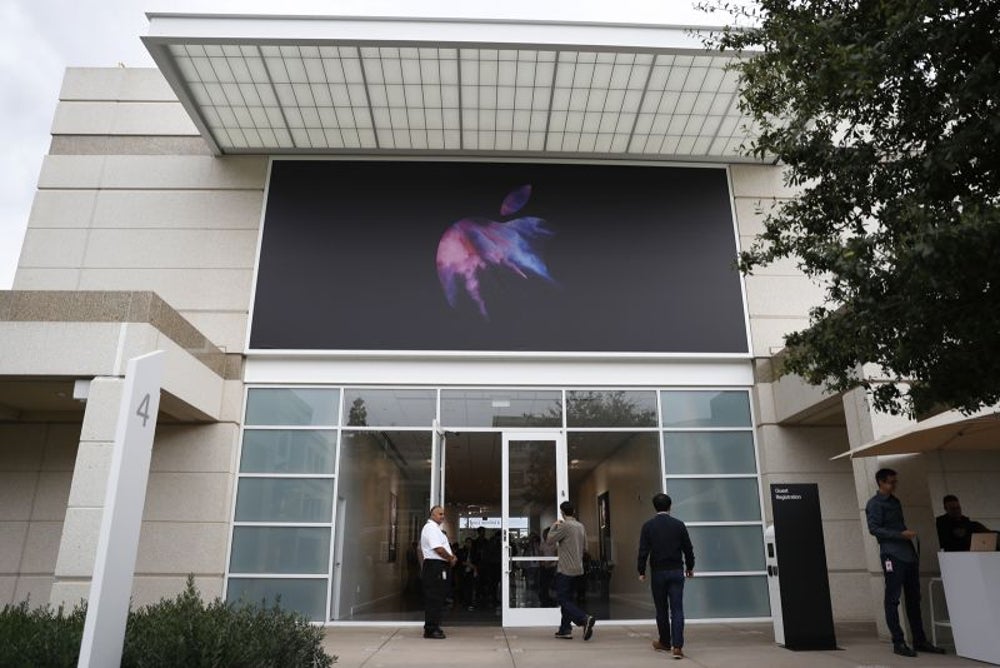 Image credit: Stephen Lam | Getty Images
Gen Zers have grown up surrounded by iPhones, iPads and Macbooks, so it’s no surprise that these items have inspired them to pursue careers with the maker of these ubiquitous products. Apple takes sixth place on the top employers list, moving up from its eighth-place slot in 2016. 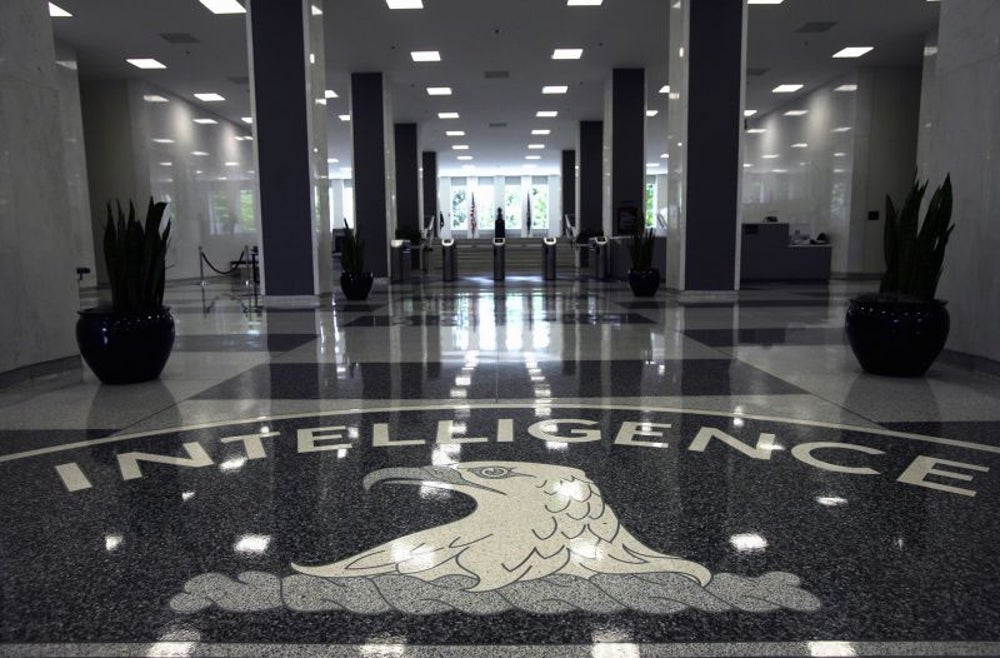 The Central Intelligence Agency comes in just two places behind the FBI. These highly regarded government agencies seem to intrigue young people, enough so that they wish to pursue careers with them. While the CIA was number nine on last year’s list, it’s since moved up to slot seven.

Related: What Do Millennial and Gen Z Employees Want in the Workplace? 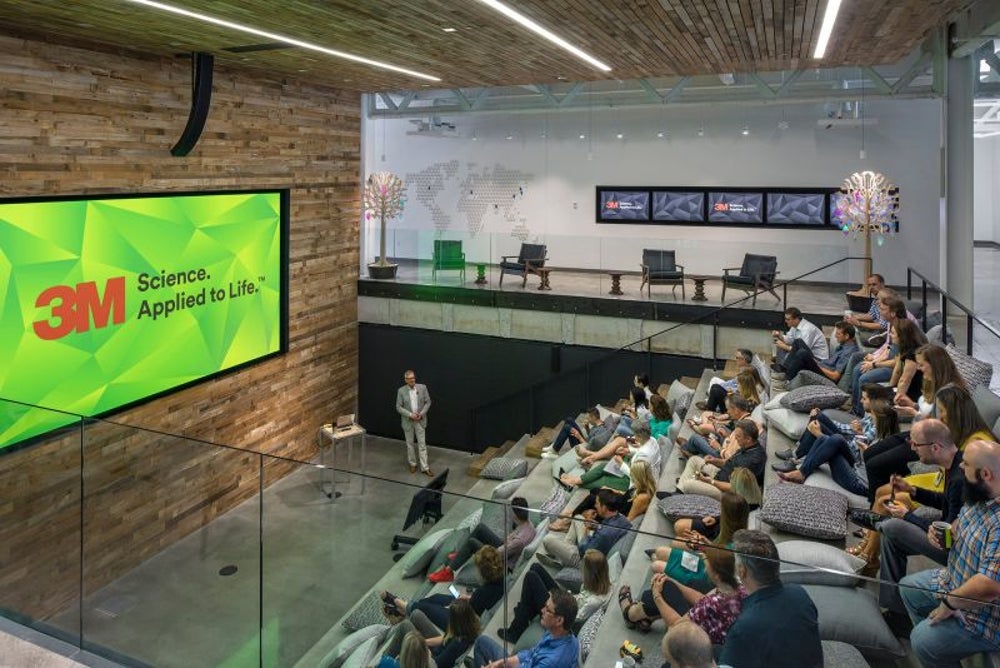 Image credit: 3M | Facebook
From the Post-it note to Scotch tape, 3M is the brains behind some of today’s most useful inventions. In fact, it was the number-one employer Gen Zers wanted to work for last year. While it still remains high on the list, the innovative company takes eighth place this year. 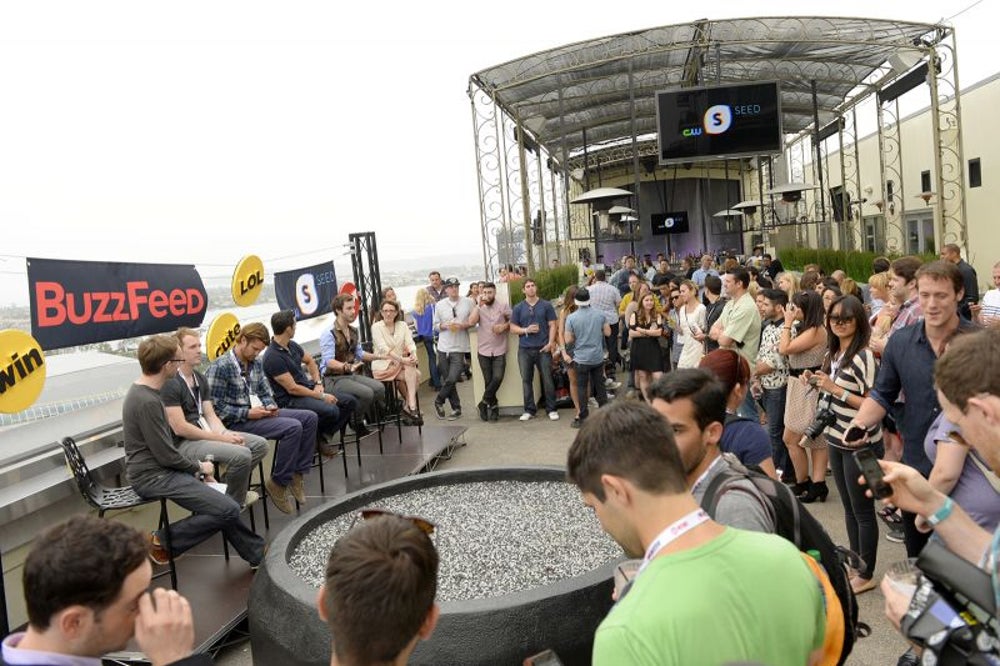 Image credit: Mark Davis | Getty Images
As a news source that attracts young people with its catchy headlines and pop culture-infused articles, it’s no wonder Gen Zers flock to it. The sassy and entertaining news outlet is an attractive place of employment to Gen Zers; however, it has shifted from seventh to ninth place year over year. 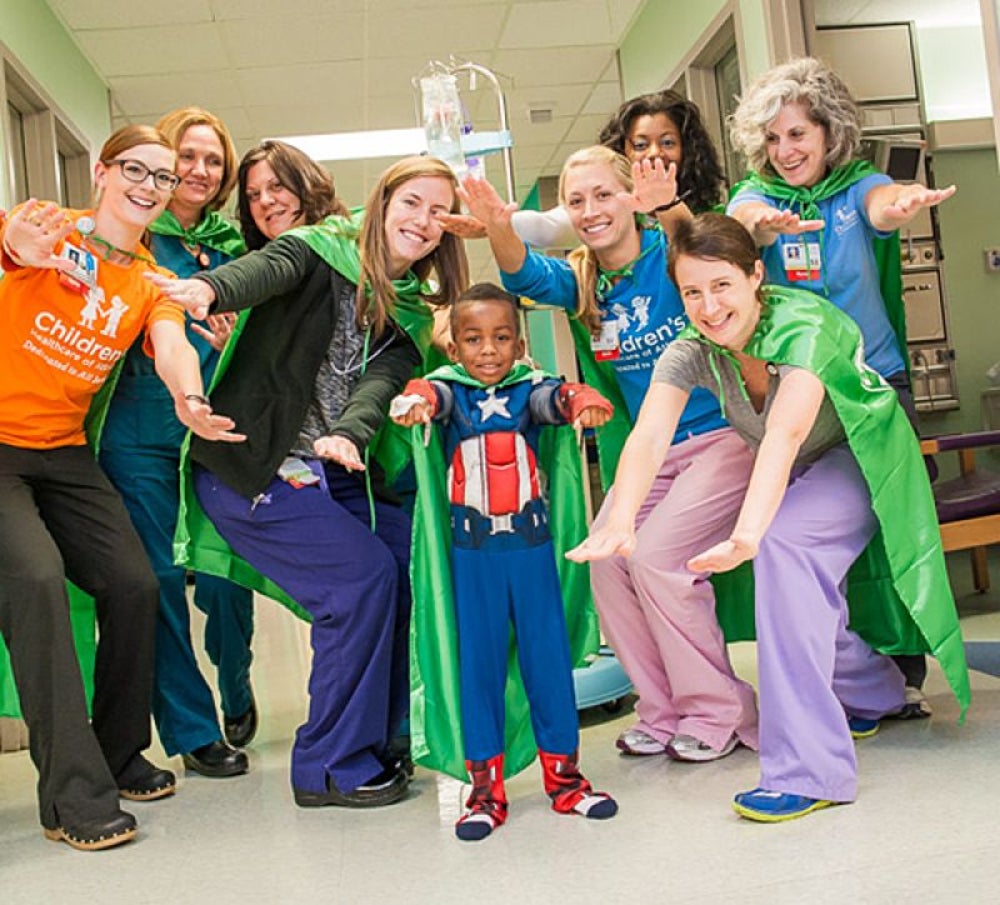 Image credit: Children's Healthcare of Atlanta | Facebook
It seems that Gen Zers are out to save the world. Taking 10th place among the top employers for which this young generation aspires to work is Children’s Healthcare of Atlanta, a hospital network. It’s the third hospital on this list -- including “a local hospital” in general. Young people have their sights set on careers in medicine, health and sciences.
More from Entrepreneur

Goodbye austerity, hello 'niceties'! Generation Z and Millennials are spending more than before the pandemic