8 TED Talks to Help You Overcome Your Fear of Failure

Eight videos that will help inspire you to go for your dreams.
Next Article

Debbie Millman told me her biggest regret was not “going for it” after she graduated college. She took the “safe” option, got a job and built a career. And a great career she built, becoming the president of Sterling Brands, and working with over 200 of the world’s largest businesses.

Fear took over, and it was the fear that she would fail.

Fear itself isn’t a problem. You’re allowed to worry and stress. This doesn’t make you weak, and it does not define you. But, if you wish to get to where you desire, you must fight your fear.

It took Debbie Millman years to figure this out, but once she embraced her creativity, with shows like Design Matters and books like Look Both Ways, she began to overcome her fear of failure.

Millman also told me about a chat she once had with her good friend, Dani Shapiro, who said, “We think we need confidence to do something and take action, but confidence isn’t what we need. What’s more important than confidence is courage and competence.”

Like anything, learning how to overcome your fear of failure is a skill. It takes practice. You need to learn how to embrace it, because once you do you can build real success on the back of it.

As Shapiro says, you don’t need confidence, only a little courage and competence.

Here are a few inspiring TED Talks to help you find some. 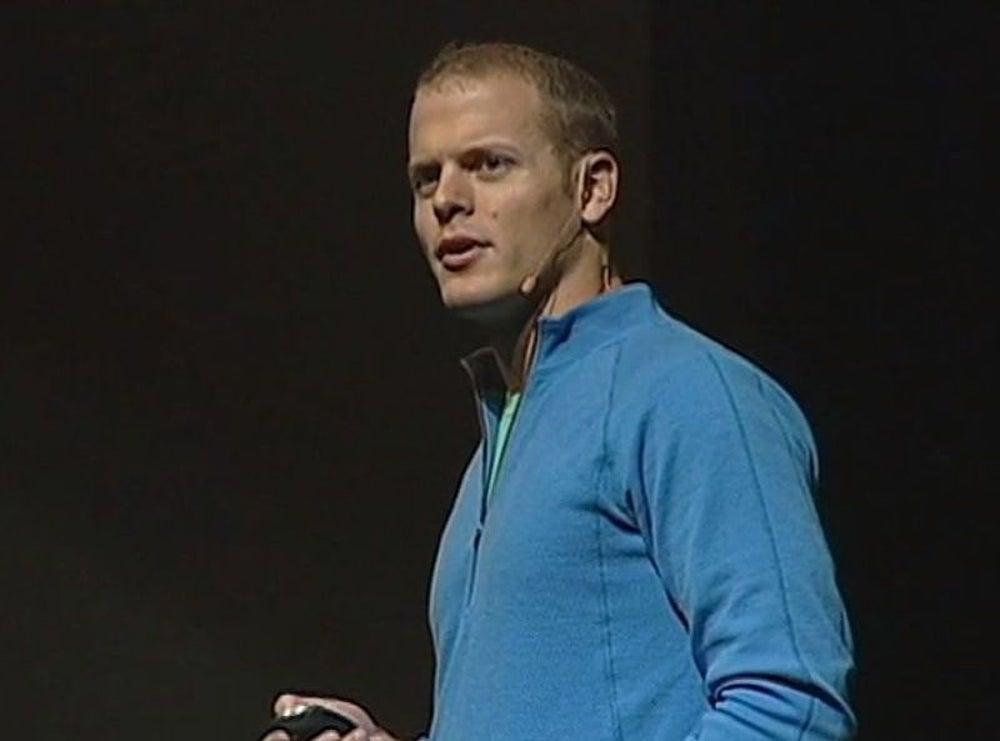 To say Tim Ferriss is a high achiever is an understatement, but this doesn’t mean he’s immune from fear and failure. As a young child, he feared water. He avoided swimming for many years. In this inspiring TED Talk, he shares how he overcame this fear, and how this experience helped him re-examine the role it plays in learning (and life). 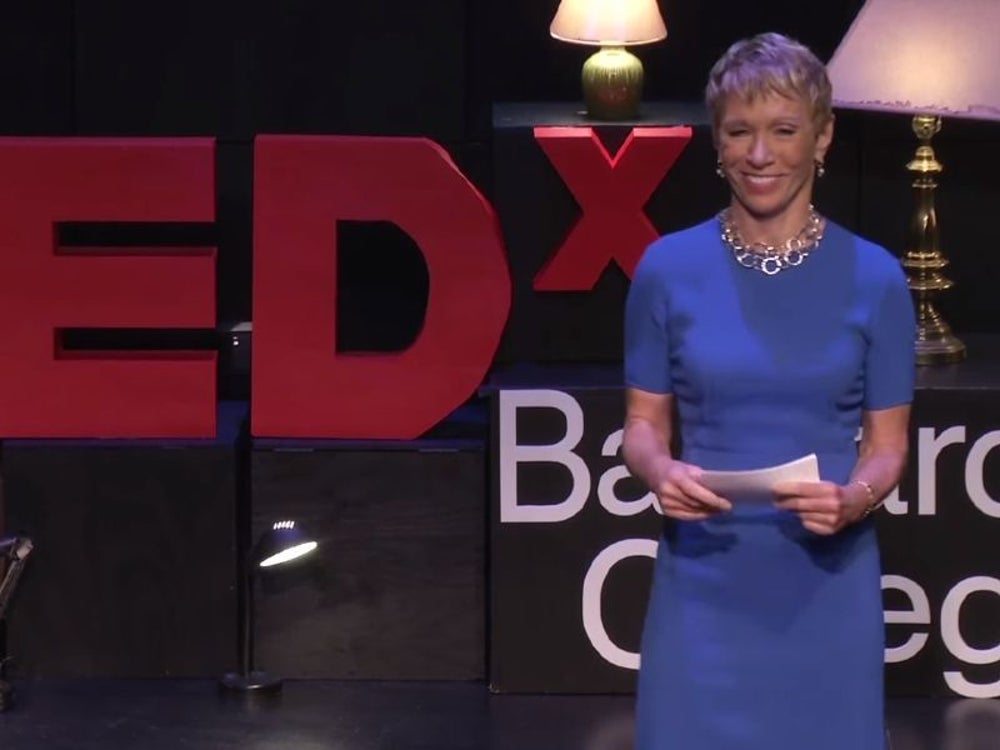 Despite a great deal of success, Barbara Corcoran is no stranger to failure. In this TEDx Talk she did for Barnard College, Corcoran dives into the role failure has played in her success, and how she’s learned to embrace it by pushing her fears to one side.

Your fear, for the most part, is something you have made up in your own head. You too can re-imagine and redefine what it means to you. And like Corcoran, you may find your “best successes come on the heels of failure.” 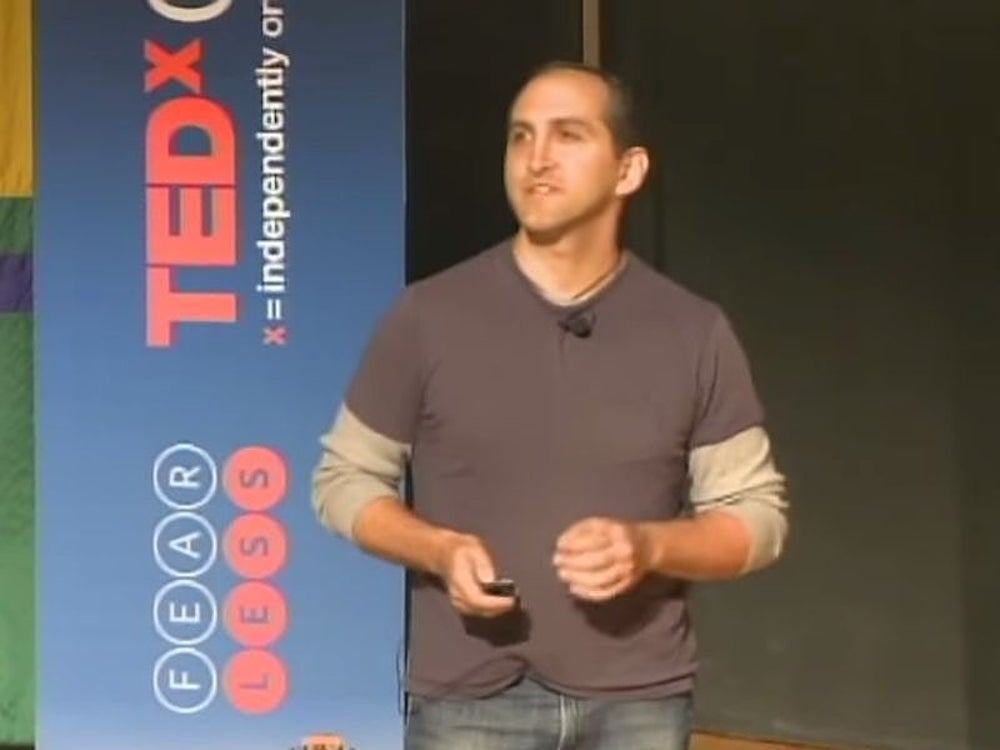 A common fear many people share is public speaking. But, like Jonathan Fields finds, this fear often vanishes once you begin and get into your groove. Today, Fields is a bestselling author who works with creative people to build more meaningful and connected lives. But, in his TEDx Talk for Carnegie Mellon University, Fieldsdives into how he suffered with fear for years, before he turned this into the fuel to produce his best ever work.

A former source of anxiety and paralysis can soon fuel action and achievement. However you feel right now, the only way to make it disappear is to do something. For as Fields asks, “If you are a little unhappy now, do you think doing nothing for 10 or 20 years will keep you a little unhappy?” Like most things in life, your fear only gets worse until you do something about it.

‘The Power of Not Always Fitting In’ by Marianne Cantwell 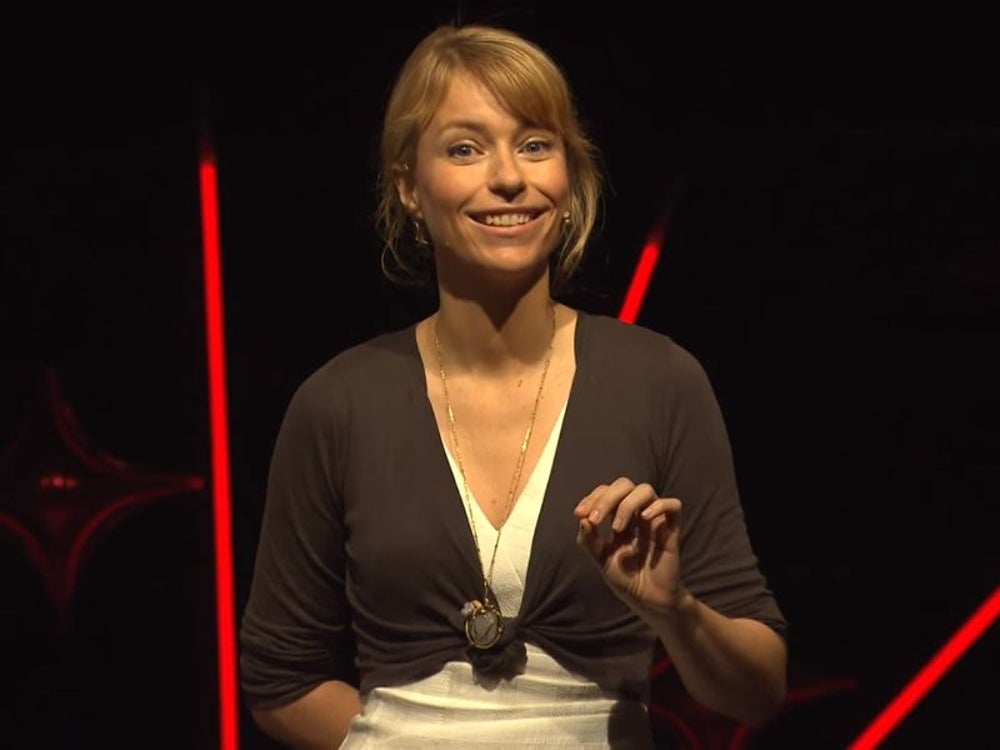 One of the most common fears I’ve found in entrepreneurs is “imposter syndrome.” On the outside you look cool, calm and in control. On the inside, you’re riddled with self doubt and insecurity. I can relate to this, and when Marianne Cantwell broke down this subject for her TEDx Talk at Norwich Education, I hung on her every word.

After eight years of building a community of lifestyle entrepreneurs, Cantwell recently scrapped a successful online program despite ongoing demand -- because it no longer aligned with her version of success

As you can imagine, this created a lot of inner turmoil, but it’s this turmoil that often unearths a hidden strength. This fear that you’re not good enough (or doing the wrong thing) can often spark your biggest success yet. Like Cantwell, you may find life isn’t black or white.

‘What I Learned From 100 Days of Rejection’ by Jia Jiang 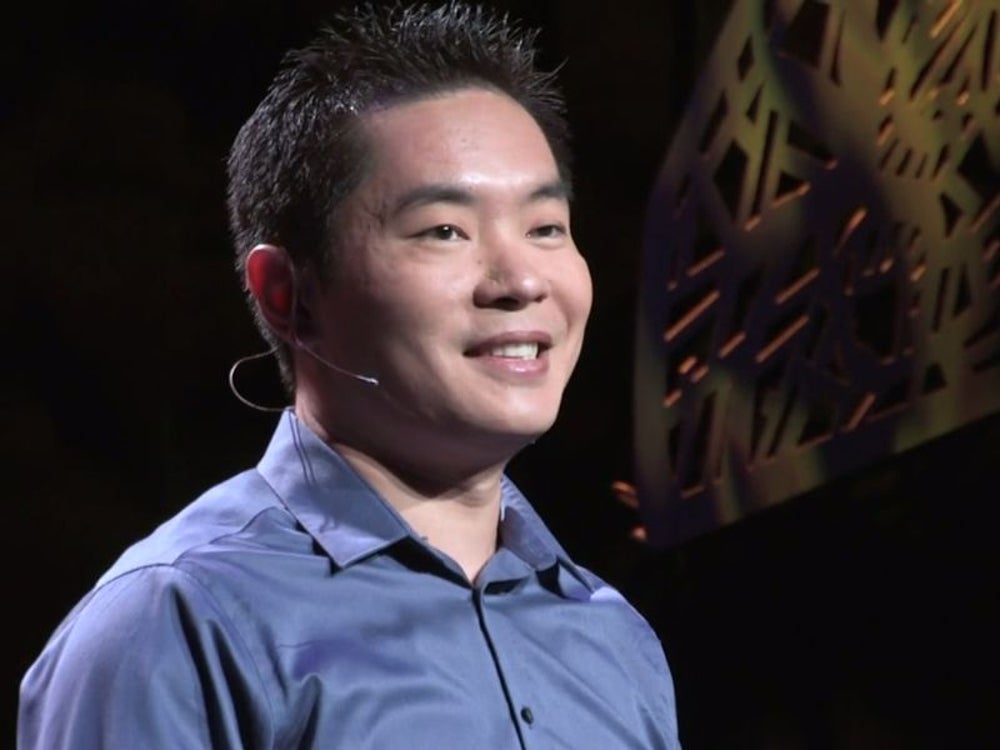 As Jia Jiang describes an embarrassing moment from his youth in this TED Talk -- watched over three million times -- it’s easy to understand why he developed a fear of rejection later in life. He had dreams and aspirations, but for a long time placed these to one side, choosing the easier option, instead.

But, it’s this that led to his adventure into “rejection,” and a community that today helps people overcome their own fears of rejection so they can fulfil their own dreams. Such fear is something that affects us all, but as Liang says, “When you get rejected in life, when you are facing the next obstacle or next failure, consider the possibilities. Don't run. If you just embrace them, they might become your gifts as well.” 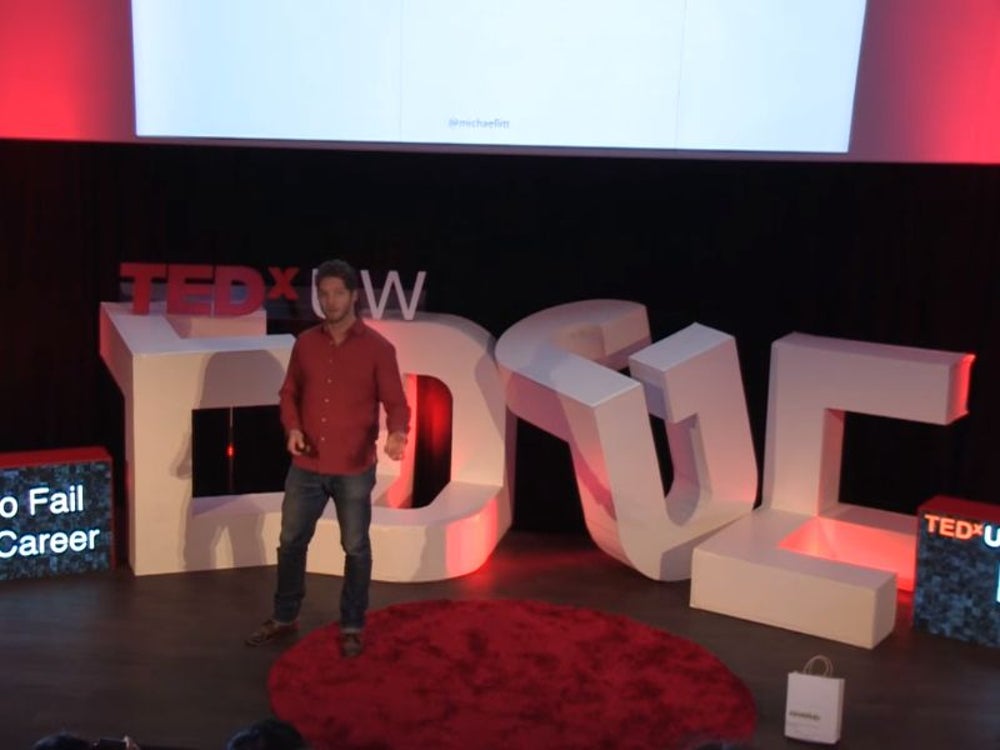 Michael Litt believes that “failure provides the ultimate experience needed for success.” Most people dream about overnight success, and maybe they admire someone who started their business or career with a bang.

The truth is, most successful people sneak into success, growing slowly over time, as they make one mistake after another. Or, as Litt says, “You will fail to have a great career, unless you fail to have a great career.” Today, Litt is living proof of this, founding and growing Vidyard into a company that’s changing how brands connect in the digital age -- but only after a lot of trial and error.

‘Embrace The Near Win’ by Sarah Lewis 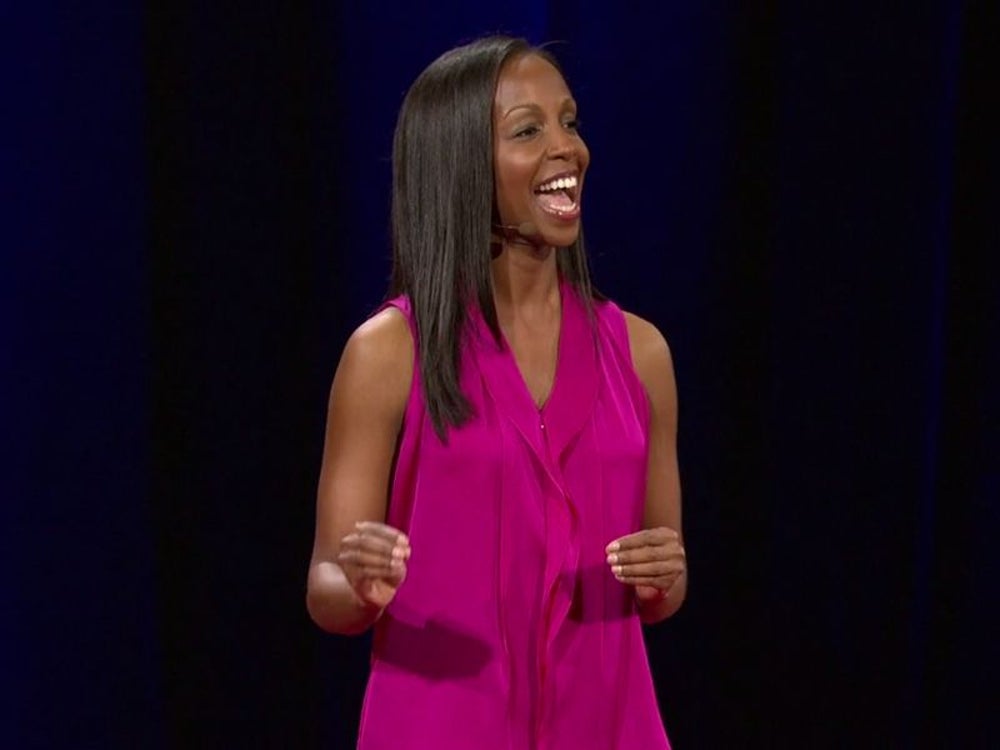 As a renowned art curator who has worked with some of the world’s biggest artists and galleries, Sarah Lewis has had the privilege to learn how creative people work and how they form successful careers. In her TED Talk, Lewis shared one of these invaluable lessons, and how she’s learned to appreciate the “near win.”

She talks about how success is a moment, but how successful people always strive for more. Pursuit is in the mastery, and making one progress after another. Each “near win” pushes you further, meaning your fear of failure isn’t only pointless, but has a direct impact on the progress you make today.

‘Success Is a Continuous Journey’ by Richard St. John 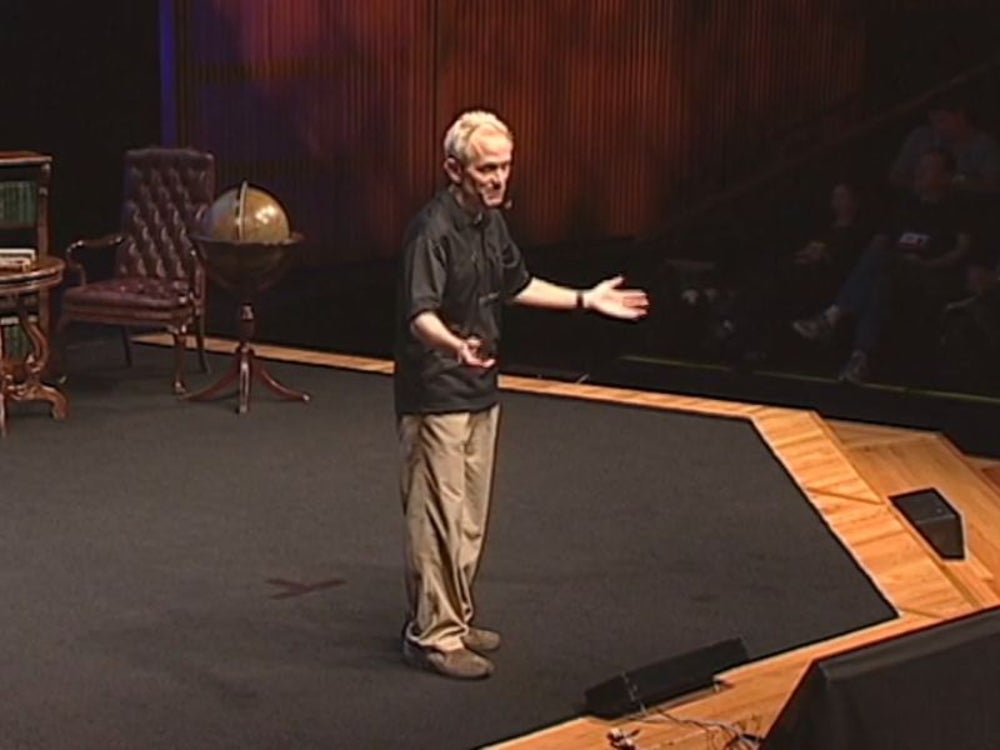 As well as fearing failure, many people fear success. In this inspiring TED Talk, Richard St. John, the bestselling author of The 8 Traits Successful People Have in Common dives into why so many people reach success, only to then fail.

He says, “We think success is a one-way street. So, we do everything that leads up to success, but then we get there. We figure we've made it, we sit back in our comfort zone and we actually stop doing everything that made us successful.”

Success is a continuous journey, and failure, fear and mistakes play a role in this. It isn’t a straight line. Your journey is unique to you. It never ends, so why would you let your fear of failure hold you back?

5 TED Talks by Powerful Women Leaders That Inspire and Motivate

My Top 4 Takeaways From This Year's Annual TED Conference

Fried? 9 Hyper-Motivating TED Talks from Women on the Top.