Here's some advice from the animation genius Ed Catmull.
Next Article

Growing up, Catmull studied computer graphics under the supervision of Ivan Sutherland, the acclaimed American computer scientist often referred to as the “father of computer graphics.” After receiving his doctorate in computer science, Catmull worked and led various tech businesses. However, he always had a love for film. Eventually bridging his computer science background with his passion for movies and animation, Catmull became the vice president of the computer division of George Lucas’ Lucasfilm.

From there, the rest was history. After the late Steve Job’s purchase of Lucasfilm, Catmull and Jobs co-founded Pixar Animation Studios and began making some of today’s most popular animated movies like Toy Story and Finding Nemo. And once Disney purchased Pixar in 2006, Catmull made his way to the top there too, becoming the president of both Disney Animation Studios and Pixar.

On top of his massive success in various businesses, Catmull made a number of contributions to technology through various animation and film softwares, including the highly-used rendering technology Renderman. Today, Catmull has won five Academy Awards, a lifetime achievement award from the Academy of Motion Picture Arts and Sciences and more.

Catmull’s success is nothing short of extraordinary, and his work has made incredible impacts on technology and some of today’s greatest films. To learn more from Catmull, here are 11 quotes on success, failure, risk and more. 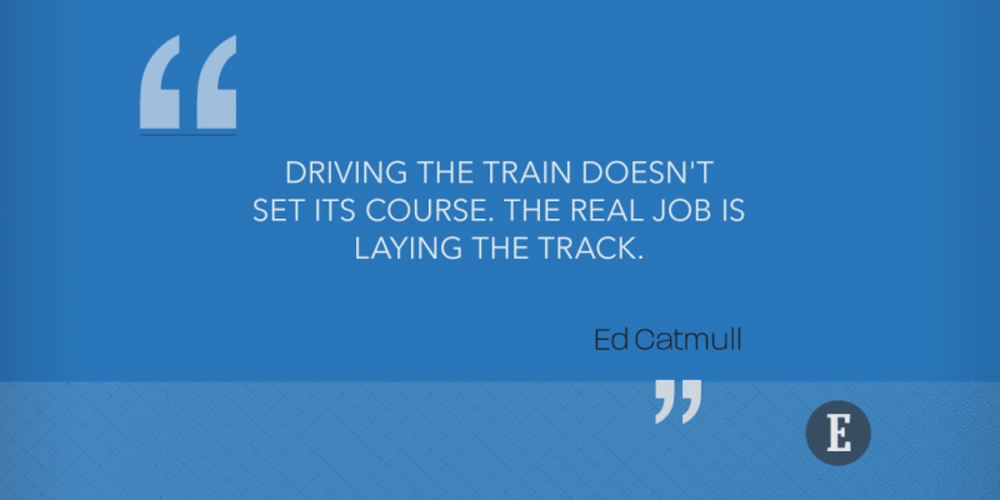 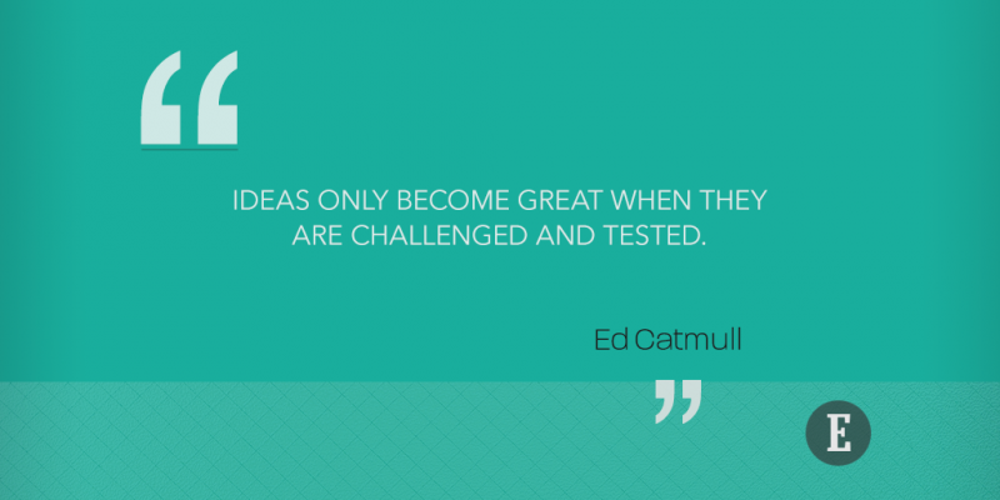 Image credit: Entrepreneur
"Ideas only become great when they are challenged and tested." -- Ed Catmull 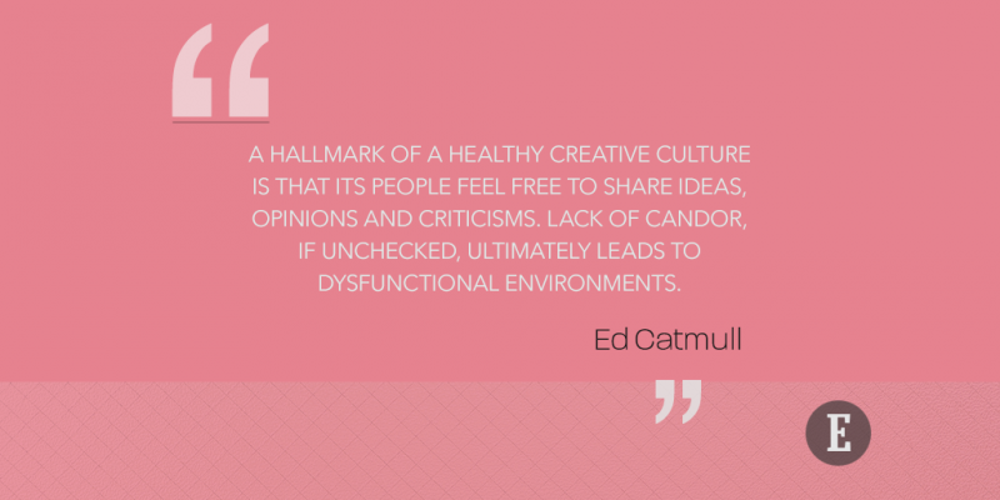 "A hallmark of a healthy creative culture is that its people feel free to share ideas, opinions and criticisms. Lack of candor, if unchecked, ultimately leads to dysfunctional environments." -- Ed Catmull 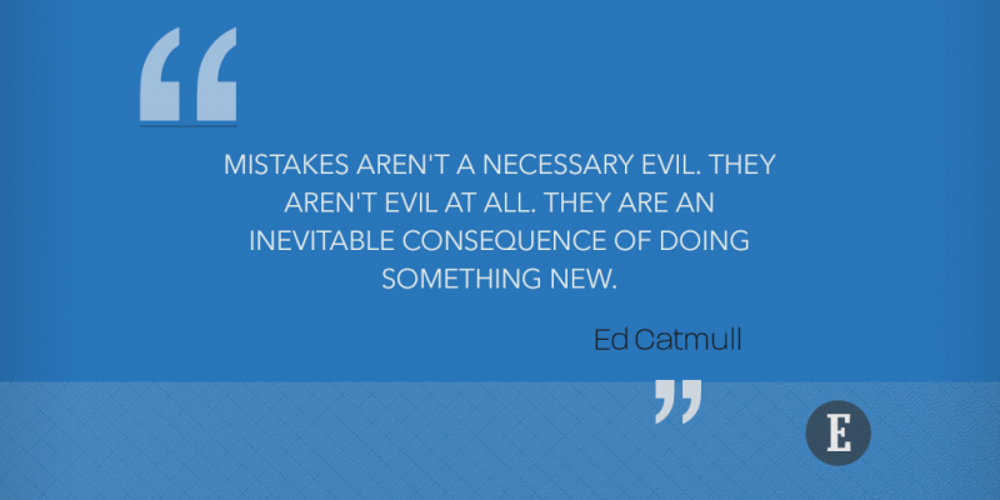 Image credit: Entrepreneur
"Mistakes aren't a necessary evil. They aren't evil at all. They are an inevitable consequence of doing something new." -- Ed Catmull 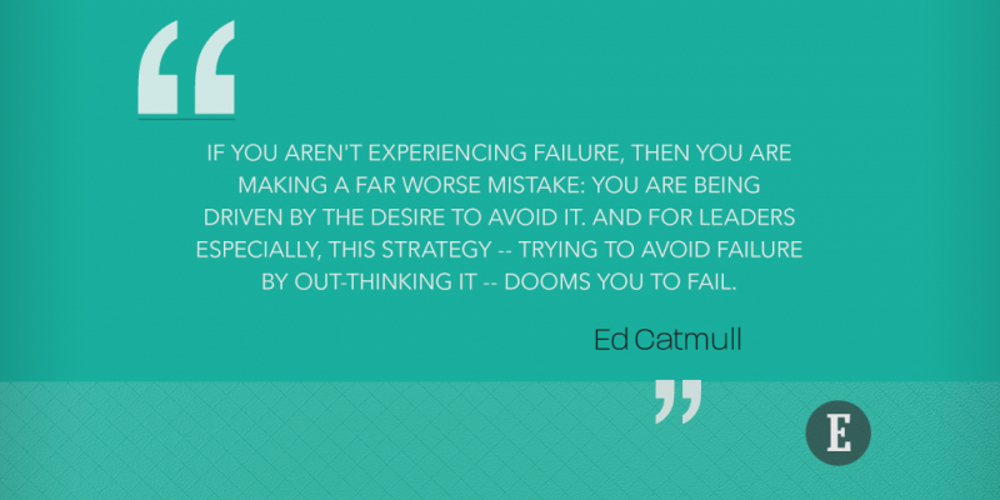 Image credit: Entrepreneur
"If you aren't experiencing failure, then you are making a far worse mistake: you are being driven by the desire to avoid it. And for leaders especially, this strategy -- trying to avoid failure by out-thinking it -- dooms you to fail." -- Ed Catmull 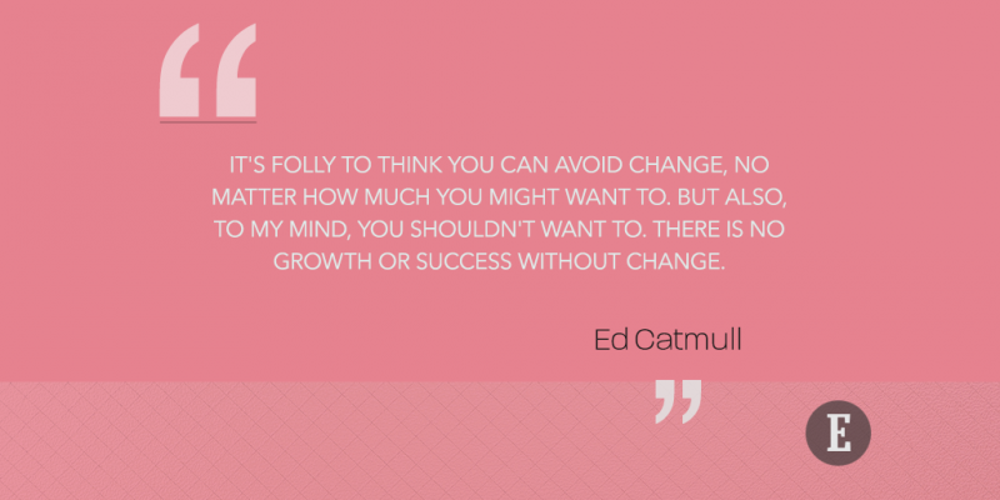 Image credit: Entrepreneur
"It's folly to think you can avoid change, no matter how much you might want to. But also, to my mind, you shouldn't want to. There is no growth or success without change." -- Ed Catmull 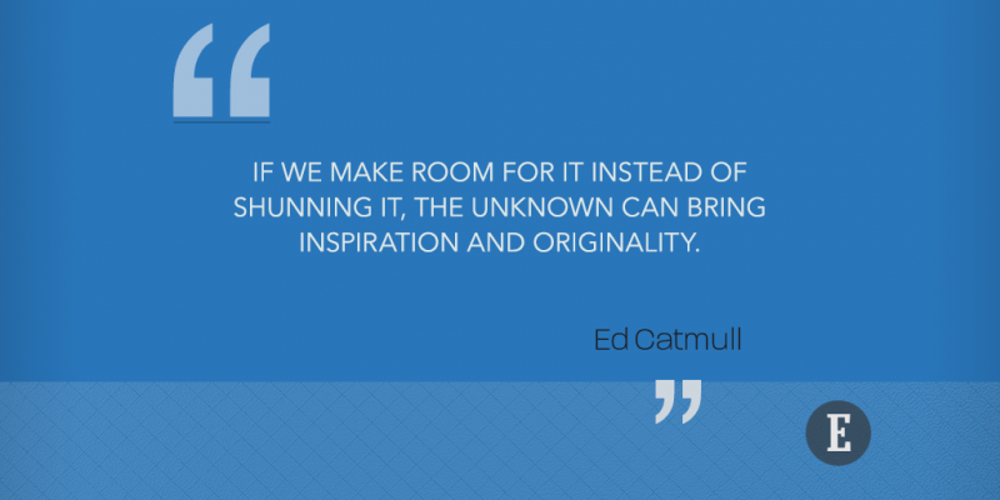 "If we make room for it instead of shunning it, the unknown can bring inspiration and originality." -- Ed Catmull 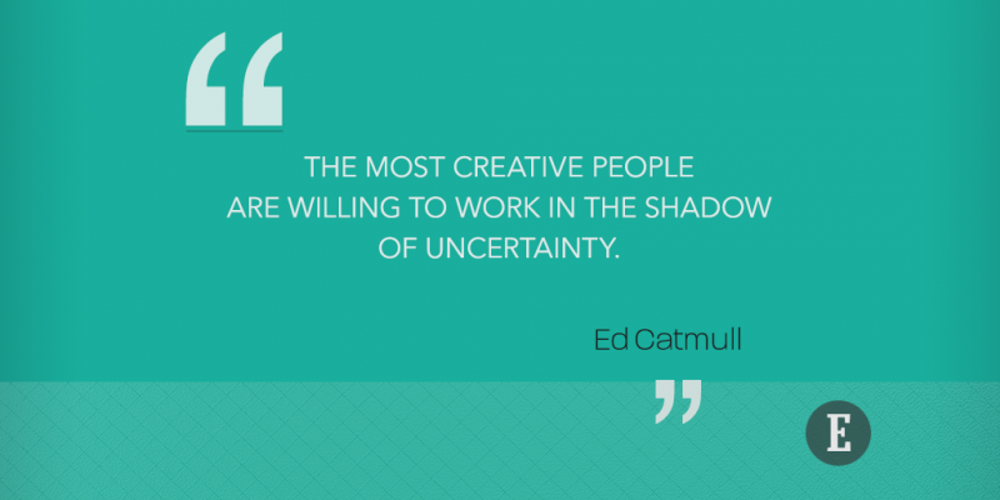 Image credit: Entrepreneur
"The most creative people are willing to work in the shadow of uncertainty." -- Ed Catmull 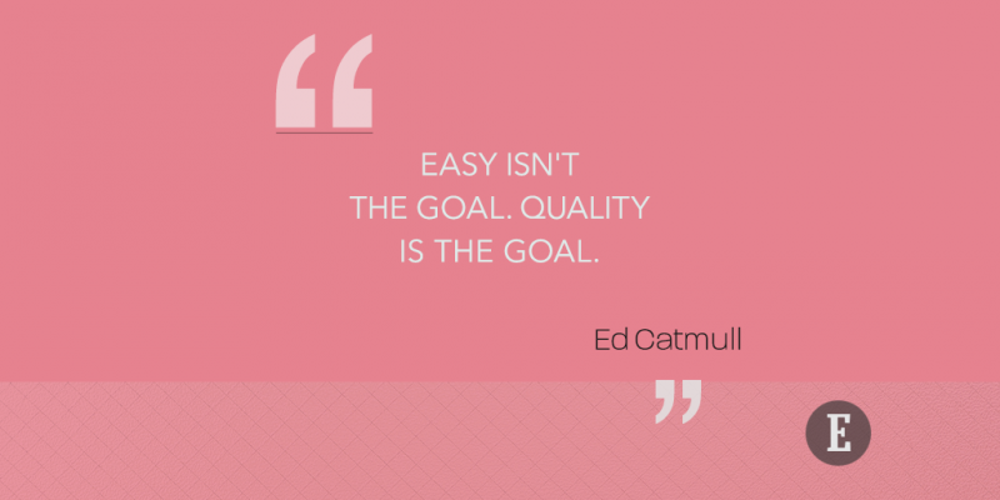 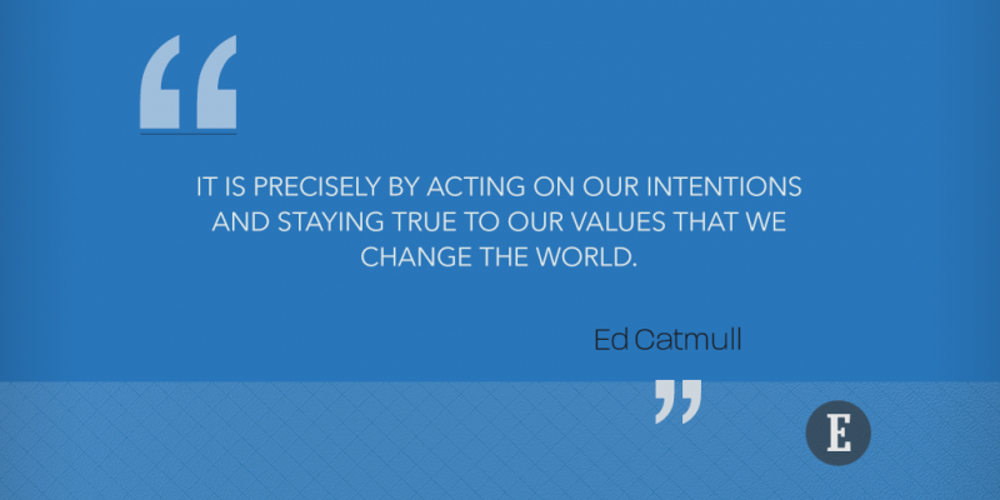 Image credit: Entrepreneur
"It is precisely by acting on our intentions and staying true to our values that we change the world." -- Ed Catmull 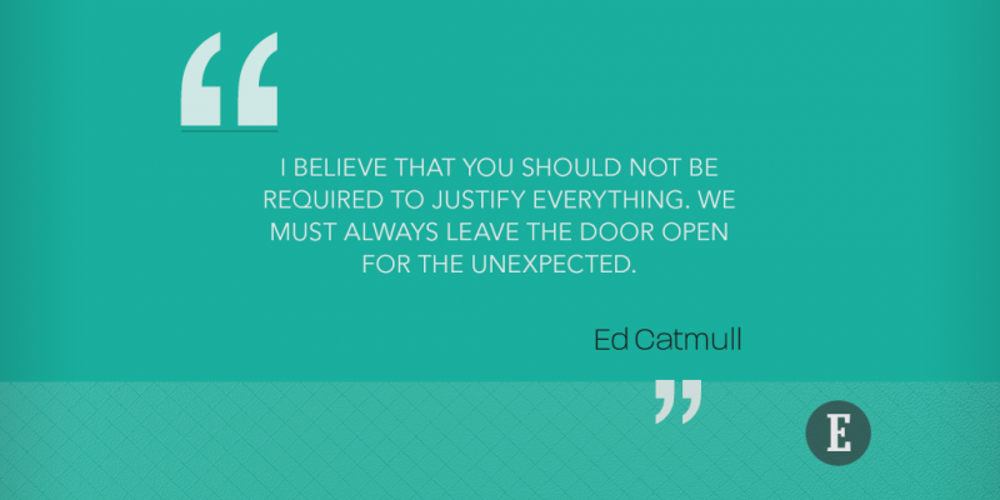 Image credit: Entrepreneur
"I believe that you should not be required to justify everything. We must always leave the door open for the unexpected." -- Ed Catmull
More from Entrepreneur