By Gregory Ciotti October 30, 2014
Opinions expressed by Entrepreneur contributors are their own.

Compounding interest produces the most meaningful results, not individual swings.

Why then, has the world become obsessed with “lifehacks?”

Partly because a small selection of shortcuts are useful and meaningful. But also because businesses know that we are drawn to the illusion of progress.

I’ve often joked that Men’s Health has given up on writing headlines because they know that the market for fitness information is greater than the actual information available. 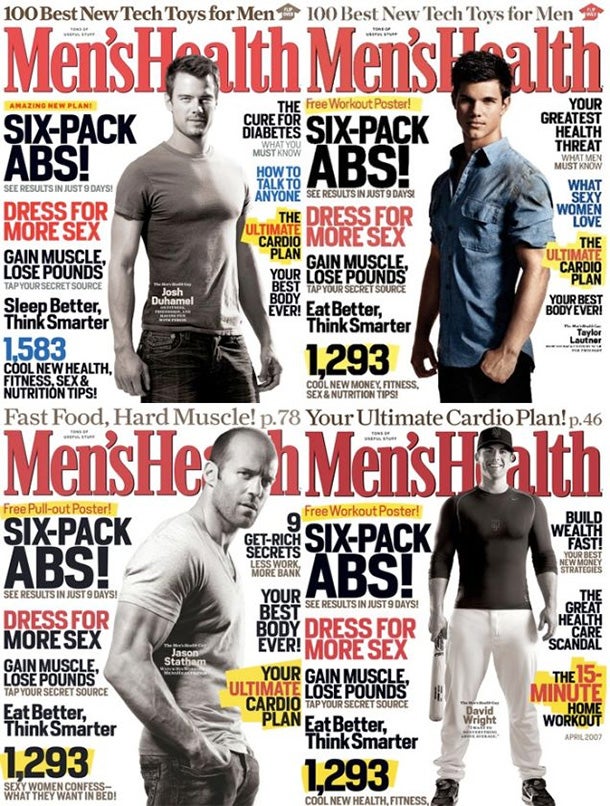 You’ll laugh, but let us not forget we live in a world where customers were buying caffeine-infused underwear until the FTC’s Bureau of Consumer Protection stepped in and said, “Hey folks, this doesn’t work.”

That, my friends, is the true danger of constant shortcut-seeking.

When a difficult but straightforward path is laid bare, how easy it is to avert our gaze to “productivity theatre” instead, chasing shortcuts that don’t work instead of committing to consistency.

For some, progress now means finding hacks. But in many cases, such as losing weight, you’re dealing with a solved problem.

This is a goal/problem that has been solved on the surface (burn more calories than you consume). It is decidedly not solved, however, in execution — it is one of the toughest habits to make stick, in fact.

Related: How Music Affects Your Productivity

"Gaming the system is never the goal. The goal is the goal." –Seth Godin

The goal is the goal.

If you’re going to “hack” anything, make it easy to make progress — every single day.

All that preaching from atop my soapbox now done, let’s talk about forming lasting habits.

1. Focus on the friction

When an action is easy to do, you are more likely to do it regularly. Since new habits are often very fragile, the most meaningful changes you can make are not to your attitude, but to your environment.

Examine where the habit starts to break down. These are your “ah-screw-it” moments – specific sources of friction and the reasons why you tend to fail at committing to the behavior (where you say “Screw this, it’s not worth the effort!”).

The bane of many cold-blooded people like myself is the winter. It’s often very hard for me to get to the gym during these months because I go early, and a warm blanket is a persuasive temptress. Author Ramit Sethi apparently feels the same way; below he describes a way to eliminate an “ah-screw-it” moment for those early-bird gym goers:

When I sat down to analyze why I wasn’t going to the gym, I realized: my closet was in another room. That meant I had to walk out in the cold [to] put on my clothes. It was easier to just stay in bed. Once I realized this, I folded my clothes and shoes the night before. When I woke up the next morning, I would roll over and see my gym clothes sitting on the floor. The result? My gym attendance soared by over 300%.
The same thinking applies in reverse – want to eliminate a certain behavior? First, make it harder to do. Then replace it with something worthwhile.

A commonly found piece of advice on building habits is to start small.

What’s missing is the purpose – most of us understand the need to ease in to something new, but we also want meaningful results. We need to be able to keep our eyes on the prize.

In a fascinating study, researchers found that abstract thinking is actually an important part of lasting motivation. In a basic sense, dreaming big is good advice after all. It’s been shown time and time again that internal motivators always beat out external “carrot and stick” approaches for lasting change (i.e., you must eventually become driven to do things for yourself, not to avoid punishment or get a reward).

Related: The Psychology of Getting More Done (In Less Time)

This turns goal-setting into a question of balance – how can you manage big dreams while still maintaining focus on the work needed for your day-to-day activities? It’s an important question to answer because a few studies have shown that excessive fantasizing can derail progress; it feels so good to fantasize about the results that you never end up pursuing them (a mental form of super stimulation).

Since the day-to-day rarely results in quick, dramatic changes, the best approach I’ve found is to create “micro quotas” and “macro goals.”

Your goals are a way to work backwards: they are big picture items that you wish to someday accomplish. It helps put an ‘X’ on the map, so to speak. Your quotas are the minimum amounts of work that you must get done every day to make the goal a reality – the “must do” amount that gets you to show up even when you don’t want to.

Publishing a science fiction book is a goal, but writing 1000 words per day is a quota.

Creating sticky habits is easier when you control the “trigger.” Research on implementation intentions clearly shows that it is easier to make a habit consistent if it’s built off of an existing chain.

In other words, Task X becomes easier to perform consistently if it is always preceded or followed by Event Y. Because Event Y will happen without fail, it’s easy to tack on the second task.

Try scheduling around consistent parts of your day: coming home from work, before/after your lunch break, as soon as you wake up, etc. I prefer to look at it as if-then planning, which involves picking a regular part of your schedule and then building another “link in the chain” by adding a new habit.

In lieu of “I will keep a cleaner house,” instead aim for, “If it is 7pm, then I will shut down work and clean my office and kitchen” (my exact routine, in fact).

Multiple studies confirm this to be a successful way to rely on contextual cues rather than willpower. The next time you decide to “eat healthier,” aim for “If it is dinner time, Then I will only eat meat and vegetables.”

Loss aversion and our tendency to lose our cool over “sunk costs” showcase an interesting aspect of human behavior – we hate to lose even more than we love to win.

With behavior, we see this manifest in our disdain of breaking the chain. You’ve likely seen the famous advice from Jerry Seinfeld on marking an ‘X’ on the calendar for each successful day, but if you haven’t, here’s the gist of it:

"He told me to get a big wall calendar that has a whole year on one page and hang it on a prominent wall. The next step was to get a big red magic marker.

He said for each day that I do my task of writing, I get to put a big red X over that day. 'After a few days you’ll have a chain. Just keep at it and the chain will grow longer every day. You’ll like seeing that chain, especially when you get a few weeks under your belt. Your only job next is to not break the chain.'

“Don’t break the chain,” he said again for emphasis."

The reason this works is because once the ball gets rolling, it’s quite upsetting to ruin a successful streak; perhaps even more upsetting than the actual act of relapsing!

As a regular practioner of this habit, I can attest that the first day I mess up long stretches of “daily flossing” (or something similar), the frustration comes from ruining the run, not from the bad behavior – we’re a weird species, aren’t we?

The “problem” with this strategy is the reaction many of us have to that first slip-up. Just like with long-term investing, impressive runs are ruined by panic: we have to remind ourselves to stay the course. The tendency to falter here is known as the What the Hell! effect:

This thinking cascades into the next day, the next week. Soon, you’ve forgotten all about eating well because you think it’s too late to turn back now.

The solution to any slippery slope is to have a contingency plan.

In this case, the best way to bounce back from breaking the chain is to follow the Never Miss Two Days rule. It’s your backup plan for when things go wrong – you’d have to be a monk to never make a mistake, so know that there’s an opportunity for redemption the next day. Don’t miss twice.

You’ve likely heard from the classics like Thinking, Fast and Slow that excessive options can be quite burdensome.

There’s only so much of you to go around (willpower, effort, etc.), making your ability to say “no”—even defaulting to no—incredibly important in the quest to get things done.

One of the more famous examples is President Barack Obama’s insistence on never wearing anything but blue and gray suits:

“I’m trying to pare down decisions. I don’t want to make too many decisions about what I’m eating or wearing. Because I have too many other decisions to make.”

The president’s belief is supported by the research—Kathleen Vohs and her colleagues’ conducted a study on self-control and found that repetitive choices depleted the mental energy of subjects–even if those choices were mundane and/or relatively pleasant. As stated in the Harvard Business Review, if you want to maintain long term discipline, it’s best to:

"Identify the aspects of your life that you consider mundane — and then ‘routinize’ those aspects as much as possible. In short, make fewer decisions."

This is why I prefer routines instead of deadlines. For our most common objectives, setting the exact date something should be done (30lbs lost by summer) sets up too much variability—a routine would be better, as it dictates when and where you’ll commit to something on a regular basis, regardless of how you feel or the progress you’ve made so far.

Up until you reach any deadline, you feel like a failure—you’re incomplete until some arbitrary number has been hit. “Systems” people do better, because they’re going to commit to the action like clockwork; mood and short-term results be damned.

Related: The 3 Words Your Customers Love Most

“It’s Not Always That Simple”

I think what draws many into lifehack collecting is the misbelief that something difficult cannot also be simple.

We’ve already covered the classic example in weight loss; it really is simple, but that doesn’t make it easy.

A failed personal achievement is generally not a knowledge problem, it’s a consistency problem.

That’s not me speaking down to a single soul, I struggle with this like everyone else.

The point is that the most worthwhile “hacks” are those that get you to commit to making progress every single day.

A version of this article first appeared on SparringMind.com.