Want to Be Happy? Embrace Insanity.

When a fan asked musician Mike Errico what it was like having a newborn and releasing a record at the same time, he had an answer many entrepreneurs will relate to.

By Mike Errico June 12, 2017
Opinions expressed by Entrepreneur contributors are their own.

I’ve been to two Rock and Roll Hall of Fame induction ceremonies in the past two years, and through all the glitz and the history and the performances, one thing has haunted me: every inductee, in any genre, takes an awkward moment in her or his (mostly his) acceptance speech to publicly apologize to his kids for not being around, for not being the role model he wanted to be, for the divorces and scandals and rehabs.

There’s no mistaking the guilt in the inductees’ voices as they look back on the choices they made, and the fans at Barclays Center -- some of whom have paid upwards of $500 for a ticket -- react with a mix of “haha … that’s rock and roll!” and “haha … I’m glad that’s not me.” It’s a stark moment of complicity in the ecosystem of bad parenting, and it seems baked into the world of success in music.

Related: How to Find Your Passion in 5 Creativity Exercises

This past year, I went with my wife. It was a last-minute invite from a friend, and a rare opportunity to get out of the house without our two kids, the older of whom is 4 and the other six months old. We begged my parents to chuck their dinners in the fridge and run over to help out.

For me, the Hall of Fame inductions have more than just passing significance. I am a recording artist who just finished my eighth album and the lengthy and oftentimes draining process of making it directly overlapped the birth of our youngest child. Had I only recorded an EP, as was the plan, we might have squeaked the whole thing in before his birthday, but it was going so well, I decided we had to keep going.

So, it was strangely fitting when I returned from Barclays Center to find a question in my inbox from a fan who’d just purchased a few stickers in my online store:

Mike: What's it like to welcome a new son and release a new album, nearly simultaneously? 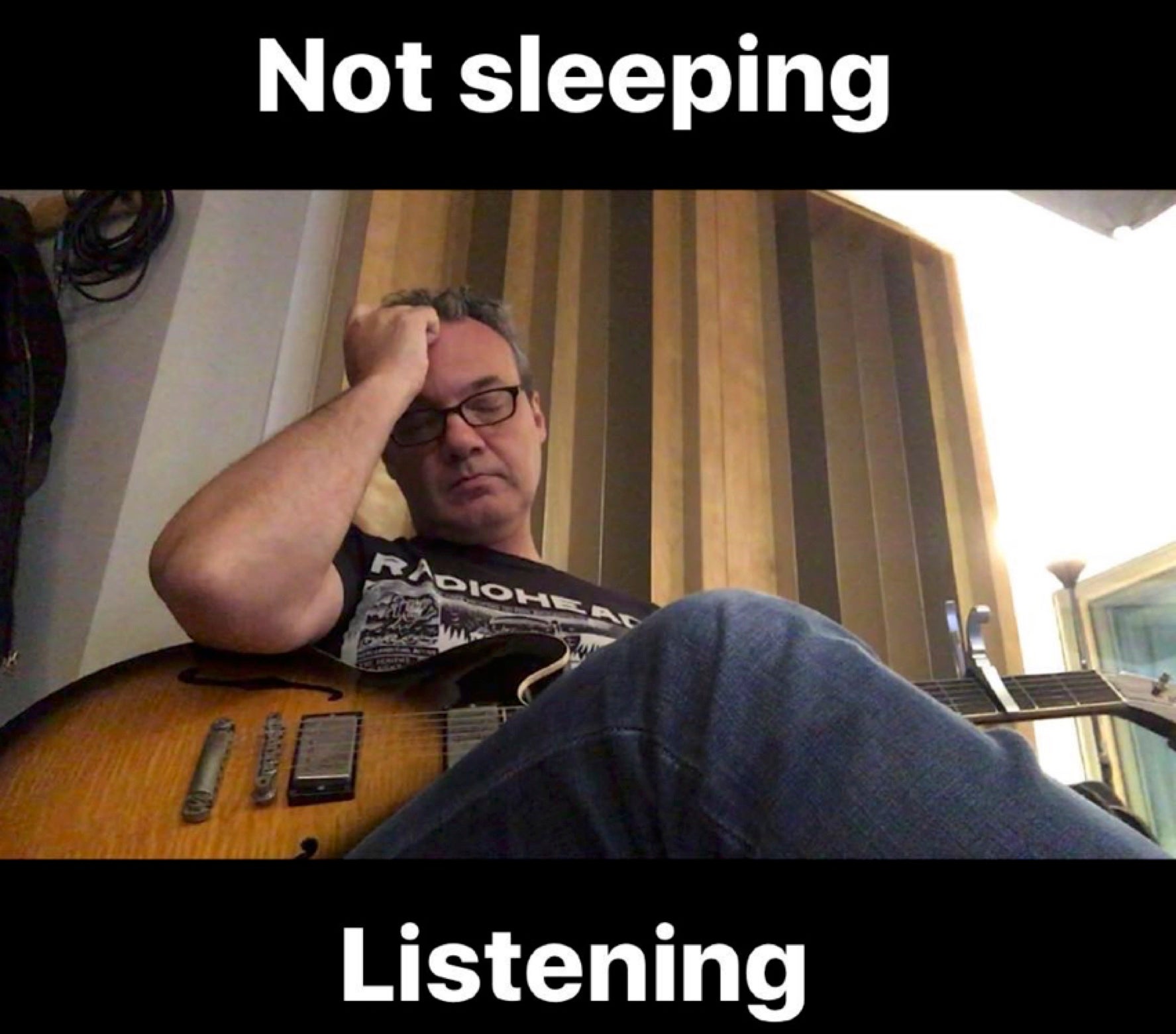 (During overdubs. Maybe a little of both) 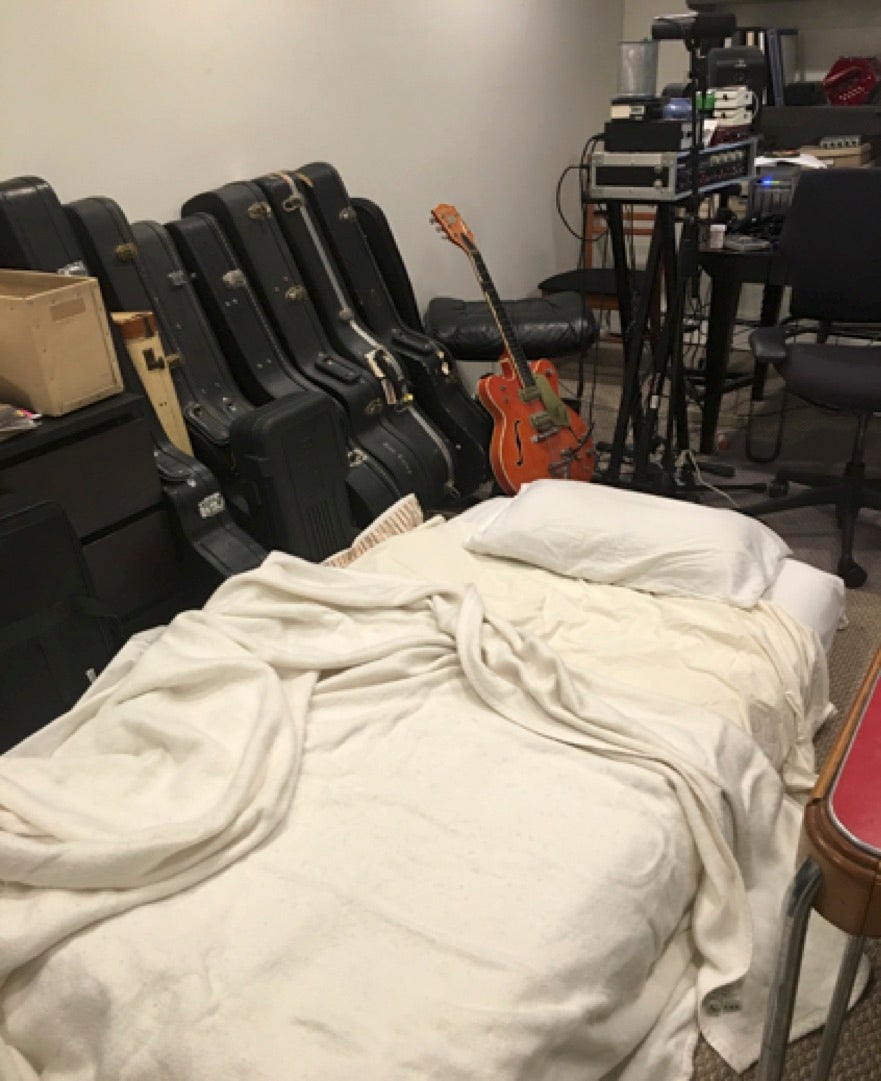 (Blow-up mattress in my project studio, so I could rest and be prepared for vocals.)

Or maybe it’s something more professionally related, like the health and maintenance of my voice during a stressful and sleepless time? 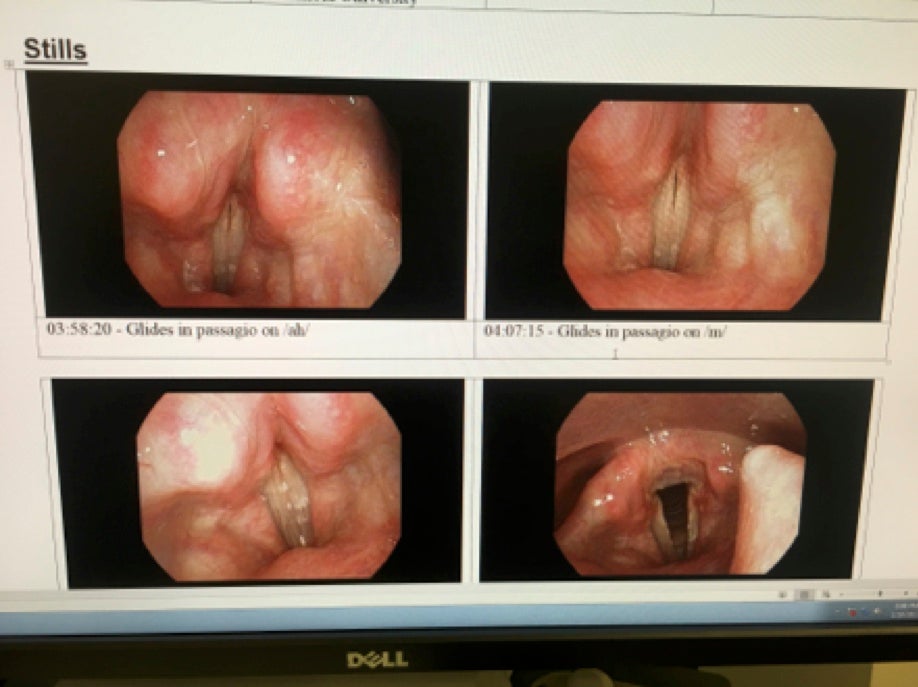 (The blow-up mattress did not work well, prompting a terrified visit to a vocal doctor and a scope of my vocal cords. Turns out, they were not the problem.)

But, then, maybe you’re into deeper, softer humor. I’m there a lot lately, myself, and in that spirit, I asked your question to my wife, who deadpanned, “It was insane.” Wow. I did not expect that! Such cold, unblinking eyes I got. Snowman eyes.

Related: How Music Affects Your Productivity

I mean, this is the guy she married, and this is the guy I am, today. This is why she likes me. This is my eighth album, after all. It’s not like I’m blowing a bunch of money on a two-seater Corvette. People do that. I don’t get it. Whenever some muscle car revs its engine on a city street, I point and tell her, “See? That could have been me. But it’s not. And records don’t halve in value the minute you drive them off the lot. My records make money…”

She gives the snowman eyes again, and I am forced to admit, “eventually, anyway.”

She’s been through a lot, and I’ve made it tougher by forging on. But here’s the thing: time.

Time is the thing.

First, we won’t remember this time. In fact, the rougher the time, the more we look back with admiration, even laughter. Example: During the final stages of recording, both kids got scarlet fever. Hoo boy. They turned purple and bumpy, and I looked like a jerk thinking of anything else. Now? It’s one of those head-shakers, told with the smile of someone who’s survived a rollercoaster ride. They’re fine, and the record is done. Win/win.

Second, the present moment is so full and luxurious, I can’t even believe we thought about another way of doing things. Having both kids on my lap, I realize that I’ve been able to enjoy one creative act without sacrificing another.

Pop psychology alert! Carl Jung comes into play here, and I will leave you this quote:

"Nothing has a stronger influence psychologically on their environment and especially on their children than the unlived life of the parent."

Makes you wonder. How did I grow up? What are my parents’ unlived lives? I have a couple theories, but that’s all they are. More important, who do I want to be for my children? I don’t want to be “unlived.” I want to be “lived in.”

I was on tour once, in … Maryland? Virginia? Somewhere. And I was invited back to a guy’s house for drinks and a hang. I bet he thought he was older than I am, but he probably wasn’t. He had a sprawling home surrounded by trees and deer and grass, etc. He poured some serious whisky and walked me into his study, where, hanging above a teak desk with lots of overstuffed folders was an Ovation acoustic guitar displayed in a glass case. He spoke lovingly about how he used to play, and that that was his “main axe” (his words) and that no, he doesn’t really take it out much anymore, but it’s lovely to look at, a great reminder.

He was a sweet guy, a gracious host and maybe a great player, but that guitar. It still scares me. I can see it perfectly, one of those black-bodied, countrified Ovations with the soundhole broken into smaller soundhole bubbles that seem to have drifted up to the top of the instrument. They’re festooned with applique wooden “leaves” or something. I’m sure the ad said this was for superior sound and playability or whatever. It looked lovely, and as the years progress, maybe it will even accrue in value. Anything will become “vintage” if you wait long enough.

Maybe it’s still hanging there, right now. I wonder what would happen if you returned every year and played a single E chord. Would you notice the guitar gradually falling out of tune over time, simply by laws of physics whereby all things unwind and slouch toward a resting state?

On the other hand, maybe something about our meeting inspired him to open the case and start playing again. It’s possible.

Then again, maybe the house burned down a couple months ago. Also possible.

So, what’s it like? My wife is right: it’s insane. My hair’s gone gray. I’m overweight. I’m always tired. I mean, always. But I’ll be able to communicate with my children when I’m gone. They’ll be able to listen to my voice and glean something from the process of having made this record during this time period and maybe that will inform their own choices. Not recording, like not having them, was not an option.

Both have already benefited: one song, “Going My Way,” draws directly from the “Arabian Coffee” scene in Tchaikovsky’s The Nutcracker, because I dance it with my daughter multiple times a night. In tiaras.

Both creations feed each other in a continual loop now. I just want to be here long enough to enjoy it a little longer.

So, that’s a little bit of what it feels like. Please forgive the delay in response, though, given what I’ve written, I’m sure you can imagine why it’s taken a little longer than it should have.

Thank you, as always, for supporting what I do. I hope to see the next thing you do, too.