It's not every man who can go from working at a high school to making millions, all while battling terminal cancer and Mexican drug lords. But Walter White, the star of AMC's Breaking Bad, isn't every man. Over the course of four and a half seasons, he has transformed from a meek and hapless underachiever into a ruthless drug kingpin, the anti-hero par excellence of modern television drama.

But his rise to prominence is not as unlikely as it seems. As a young graduate of the California Institute of Technology, Walt co-founded Gray Matter Technologies, a scientific research facility. He later sold his share of the company to his partner for only $5,000, only to watch bitterly as the company's net worth climbed north of $2 billion. A brilliant scientist, Walt is working below his potential as a high-school chemistry teacher when Breaking Bad begins. A doctor diagnoses him with terminal lung cancer soon after his 50th birthday, causing him, in desperation, to cook crystal methamphetamine as a quick way of making enough money to provide for his family after his death. But as his high-quality product becomes famous, he grows to enjoy the power and influence he wields, pleased to be building an empire at last.

As Breaking Bad gears up for its finale this summer, we're taking a look at Walt's most badass moments and the business lessons you can learn from them. 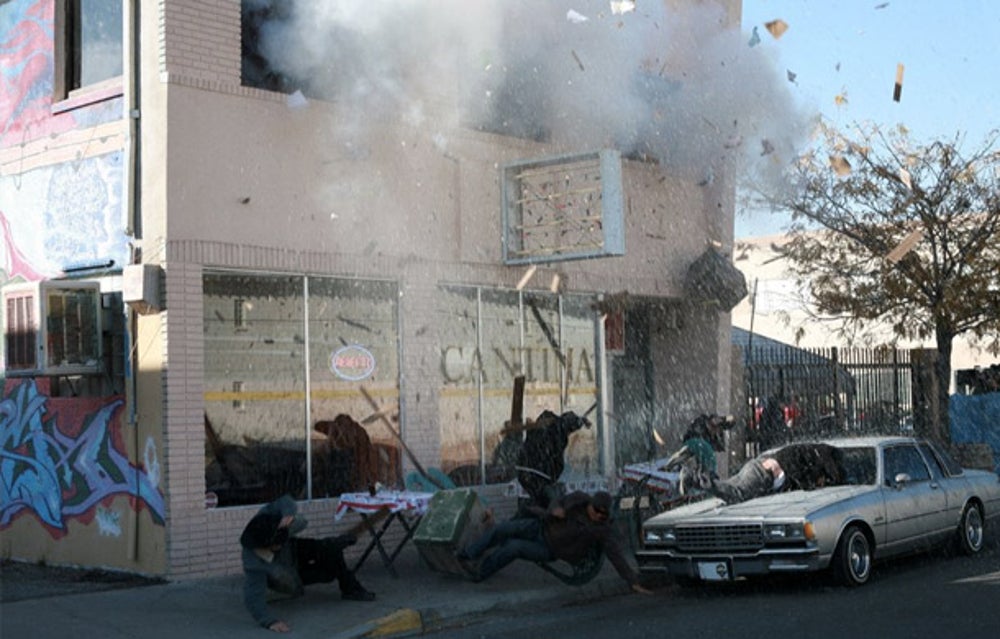 In the first season, Walt's partner in the meth business, Jesse Pinkman, has a line on a major buyer for their product who could take their business to the next level. Unfortunately, the buyer, Tuco Salamanca, is a psychopath who refuses to pay upfront for the product and beats Jesse so badly that he winds up in the hospital. Walt, who previously wanted nothing to do with the distribution side of the business, is forced to confront Tuco himself, adopting the pseudonym "Heisenberg."

When Tuco laughs off his demand, Walt detonates a chunk of fulminated mercury, which Tuco mistook for meth, blowing out the top floor of the drug dealer's headquarters. Impressed as much by Walt's "balls" as by his high-quality product, Tuco agrees to buy two pounds of meth a week from Walt and Jesse.

Lesson: Sometimes you have to do things yourself instead of delegating. And when pitching an important client, don't take no for an answer. 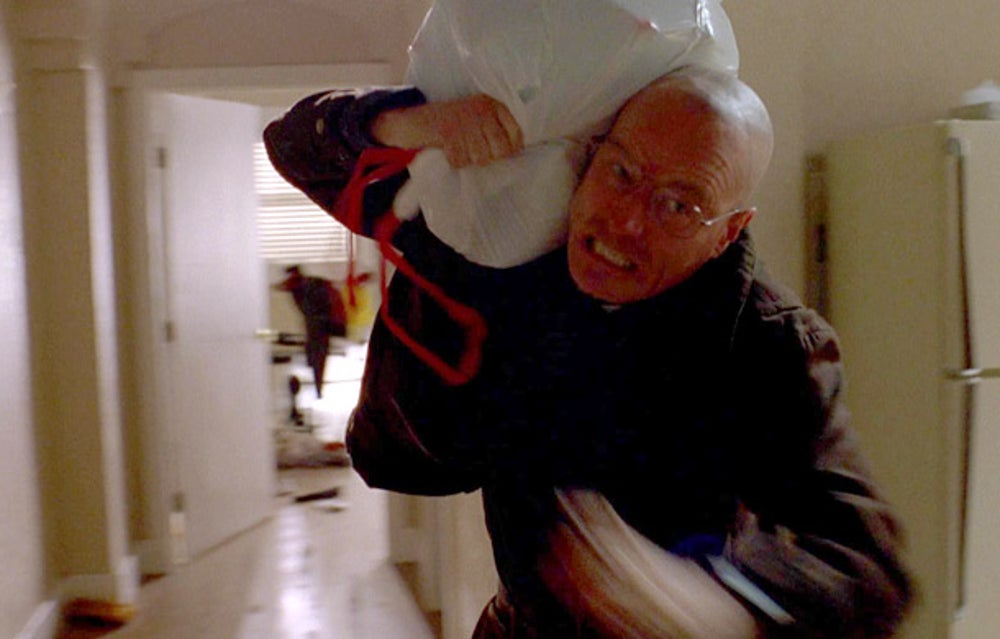 In the second season, Walt and Jesse's crooked lawyer, Saul Goodman, puts them in touch with a major distributor named Gustavo Fring. Fring has doubts about Jesse, who is in a downward spiral from drug use due to a friend's death at the hands of rival drug dealers. Nevertheless he offers to buy a few dozen pounds of Walt and Jesse's meth for $1.2 million, but gives them only one hour to deliver the goods.

Walt rushes to Jesse's house, where the drugs are stashed, only to receive no answer when he rings the doorbell and calls Jesse's phone. He breaks in and finds Jesse and his girlfriend catatonic from injecting heroin. He manages to rouse Jesse long enough to find out where the meth is hidden. While scrambling to meet Fring's deadline, Walt learns via text message that his wife, Skyler, is about to give birth. With no time to spare, he makes the hard choice, earning the $1.2 million and missing the birth of his daughter.

Lesson: Make sacrifices when necessary to meet your stretch goals -- although you should probably be present at the birth of your child. 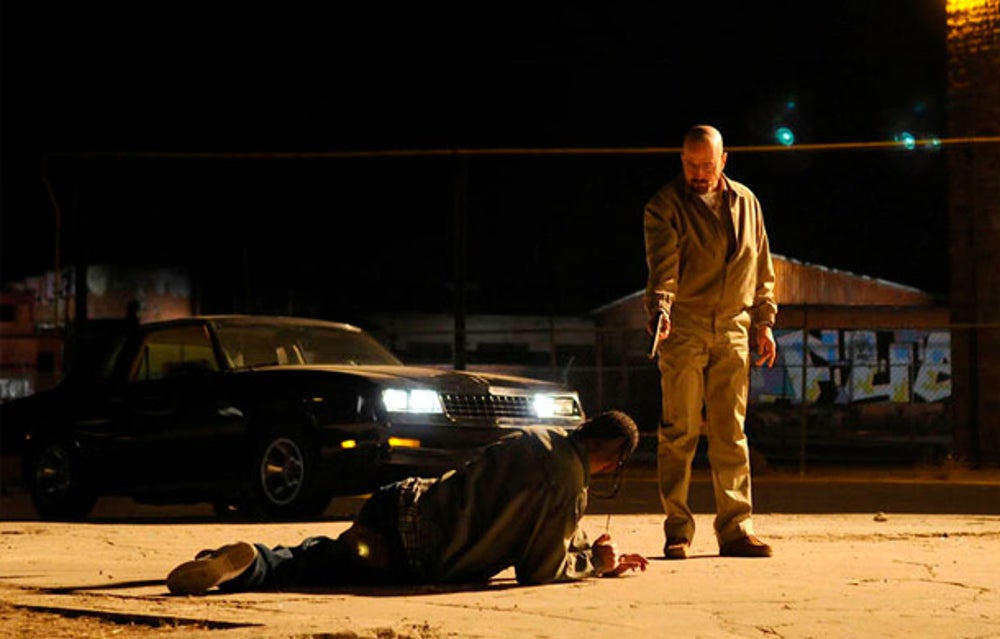 In the third season, Jesse discovers that Tomás, the kid brother of his new girlfriend, is the one who killed his friend. The boy is being used by drug dealers who work for Gus Fring. Jesse announces a rash plan to murder the dealers in revenge. Walt advises against it, but is rebuffed.

He goes to Gus, and together they organize a reconciliation between Jesse and the dealers. Gus says he will stop using children in his criminal enterprise. But then Tomás is found dead, apparently murdered by the dealers. Jesse goes to confront them, gun in hand. Just as a shootout is about to begin in the middle of the street, Walt appears out of nowhere, smashing into the dealers with his car. He kills them both, one in the collision and the other with the dealer's own gun, while Jesse looks on, not believing his eyes.

Lesson: Have your partner's back. Be there when the strain of work gets to be too much for him or her. 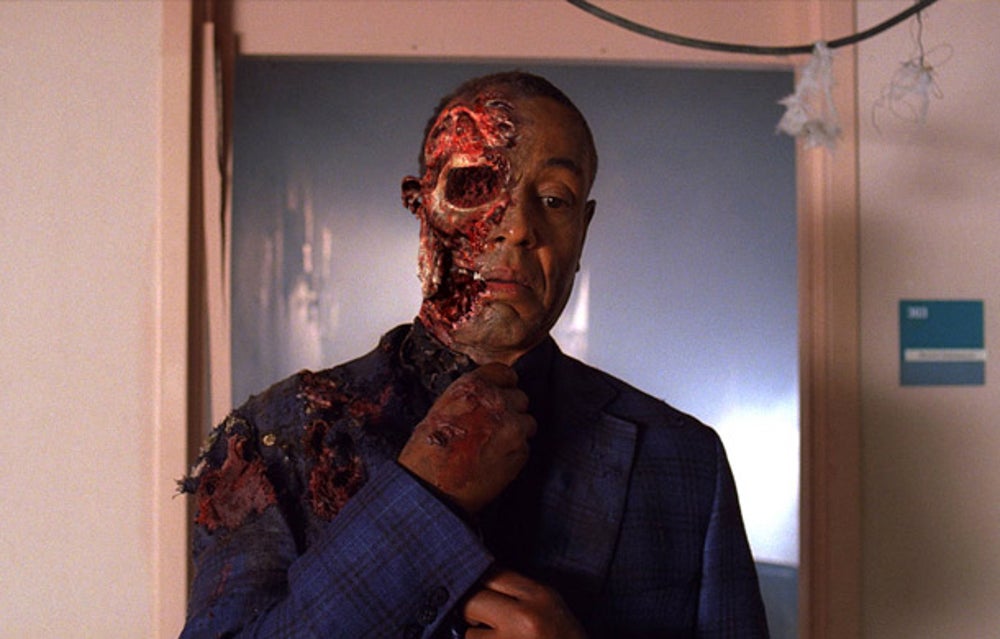 Walt's relationship with Gus deteriorates in the fourth season following his murder of the dealers. Gus, however, is forced to keep him around as a chemist while he grooms Jesse, now clean and sober, to replace him.

Matters with Gus grow desperate when the drug lord informs Walt that he is going to eliminate Hank Schrader, Walt's brother-in-law who is an agent with the Drug Enforcement Administration [DEA], and that he will kill the rest of Walt's family if Walt intervenes. Scared for their lives, Walt forges an unlikely alliance with the wheelchair-bound Hector Salamanca, Tuco's uncle and a once-powerful member of the Mexican cartel who is a blood enemy of Gus.

Together they trick Gus into believing that Hector is informing on him to the DEA. When Gus shows up at Hector's nursing home to kill him personally, he encounters Walt's surprise: a pipe bomb rigged to Hector's wheelchair. The resulting explosion kills both men, after which Walt storms into the meth lab where Gus's henchman are holding Jesse and frees his partner. They burn down the lab to destroy any evidence. When the dust settles, Walt stands alone as heir apparent to Gus's criminal empire.

Lesson: Think creatively and form alliances to stay ahead of the competition. Eliminate rivals before they eliminate you. 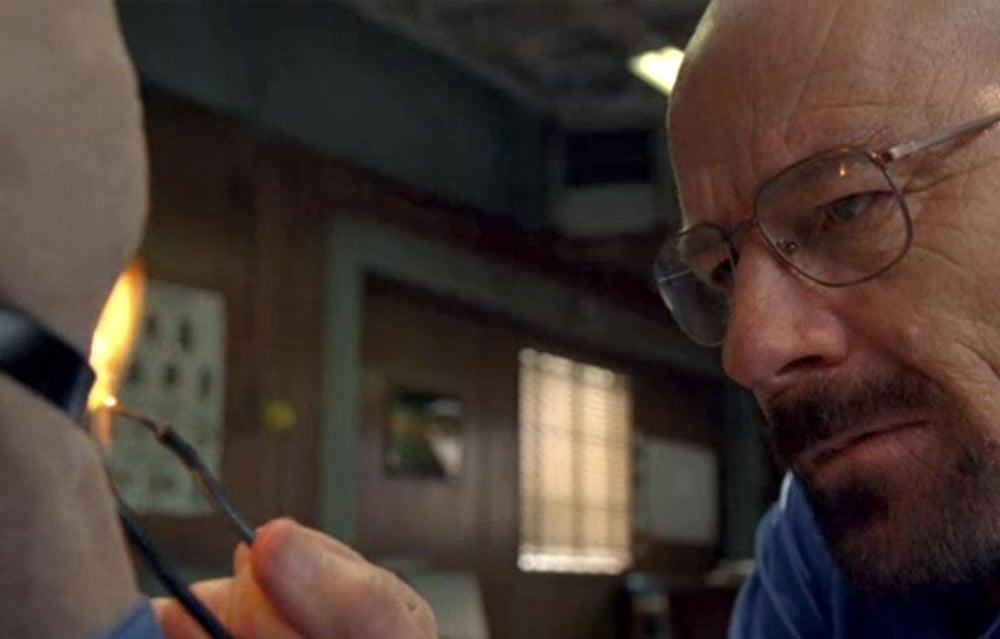 In the fifth season, Mike Ehrmantraut, formerly Gus's right-hand man, becomes an equal partner in Walt and Jesse's meth business following Gus's death and the freezing of Mike's assets. But he and Jesse, alarmed by Walt's growing volatility and callousness, soon decide they want out. Mike sets up a meeting with a distributor who is willing to buy them out of the meth trade for $5 million apiece. But Walt refuses the deal, preferring to continue cooking.

Mike takes matters into his own hands; he zipties Walt to a radiator so that he can sell their entire supply of raw materials for $15 million without the other man's permission. But Walt frees himself, stripping electrical cord with his teeth and sparking the wires to burn through the ziptie, badly scorching his flesh in the process. Earlier in the episode, after Jesse asks, "Are we in the meth business or the money business?" Walt answers: "Neither. I'm in the empire business." Only now do his partners see just how far he is willing to go to keep his throne.

Lesson: Decide what business you want to be in. And don't let anyone stand in your way as you move forward.