Many of the great ninja athletes are also entrepreneurs.
Next Article

Entrepreneurs are undoubtedly inspired by life experiences -- and likewise, athletes are without a doubt inspired by their physical and mental experiences. Keeping this in mind, when you blend all the factors that help to create leading athletes and visionary entrepreneurs, there are many overlaps. Among them? Working hard, never giving up and aiming to reach goals that others may find impossible.

Related Video: The Leadership Style You Need to Drive Your Company Culture

Noah T. Kaufman, president and co-founder of the Wolfpack Ninja Tour, knows firsthand the commitment to being both an athlete and entrepreneur. As a four-time participant of NBC’s popular American Ninja Warrior reality series and two-time team captain on Team Ninja Warrior, Kaufman has tirelessly trained to compete among other stand-out ninja athletes that include Jessie Graff, Kevin Bull and Geoff Britten. Combining his athletic discipline and entrepreneurial spirits, Kaufman led the Wolfpack Ninja Tour on its first live event last spring and is gearing up to host a second tour in Colorado this November. Joining Kaufman will be many of his competitors from the popular reality show American Ninja Warrior, who appropriately refer to themselves as The Wolfpack. Collectively, each of these ninjas have joined together to build a business based on healthy living and giving back, as well. Their shared love of the ninja sport and making dreams come true are among the things they share in common but leading their similarities in their own, unique way is leadership.

I talked to some of the country’s top ninja athletes to find out their tips for being a leader in life.

It’s okay to look back to yesterday. 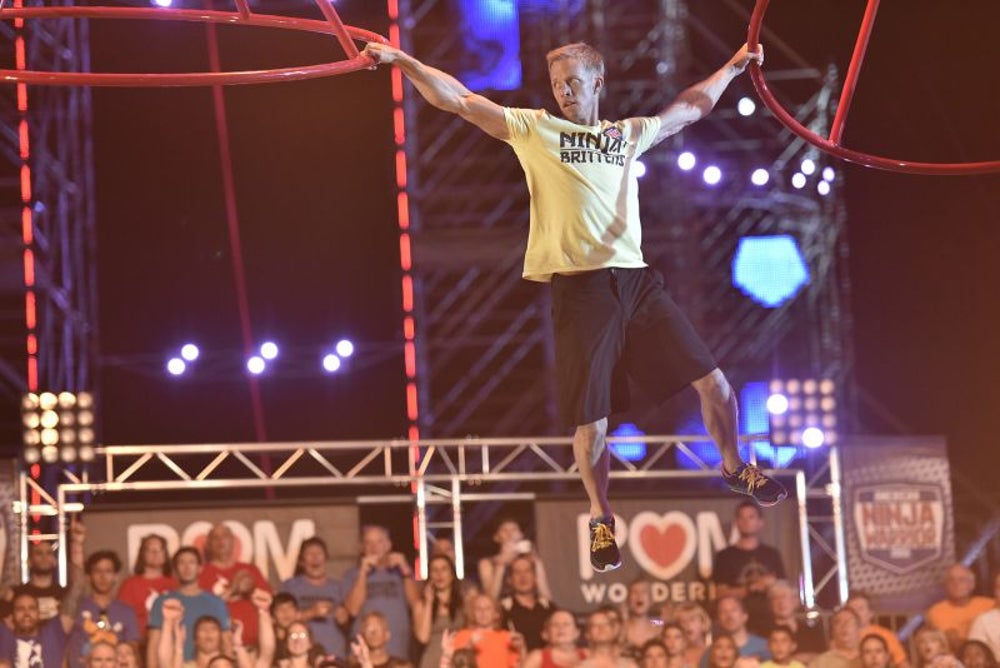 Image credit: David Becker | NBC
"The only easy day was yesterday,” shares Geoff Britten, who serves as a captain on the upcoming Wolfpack Ninja Tour Pro Team taking place in Denver, Colo. in November. "The ability to look back and see what you have overcome will always remind you what you are capable of. Anytime I face hardship I'm reminded of the night I got to the final stage of American Ninja Warrior, where my nerves were real and so was the pressure. Overcoming that has opened up what is possible in the future."

Business is about relationships. 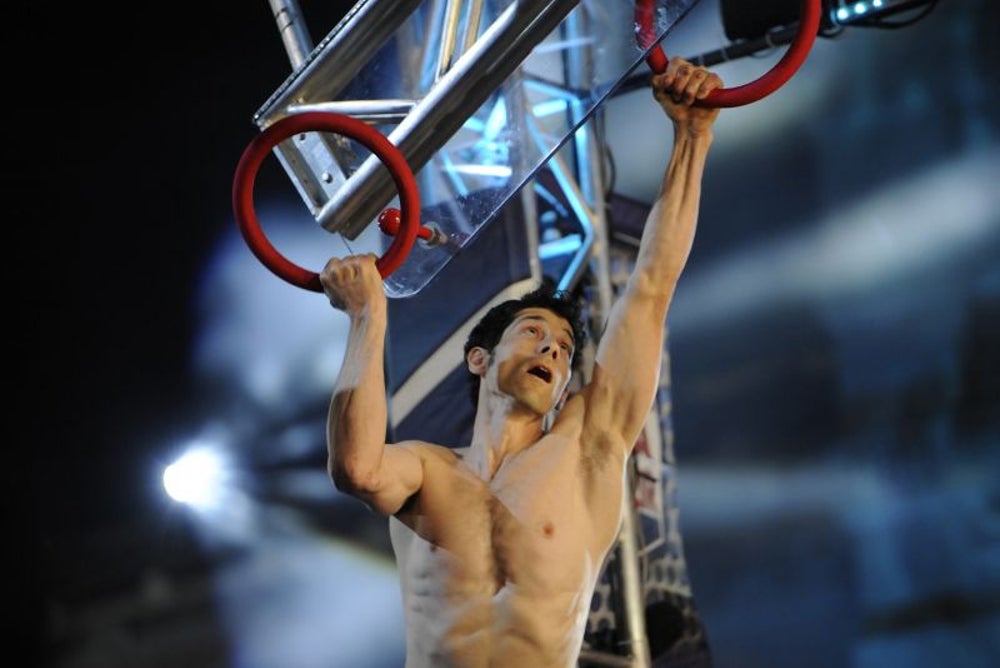 “Business is all about relationships and finding the value that you can provide in these relationships,” says Kaufman, who extends his relationship-building to not only building a business but also working with various charities to help fight childhood obesity and encourage healthy living.

"If your goal is to create value in the world -- and you have a higher purpose that dovetails with this goal -- then relationships will grow naturally as your passion for bettering the world will be contagious, and others will want to help your vision become a reality."

Your attitude toward the hand you’re dealt is what matters. 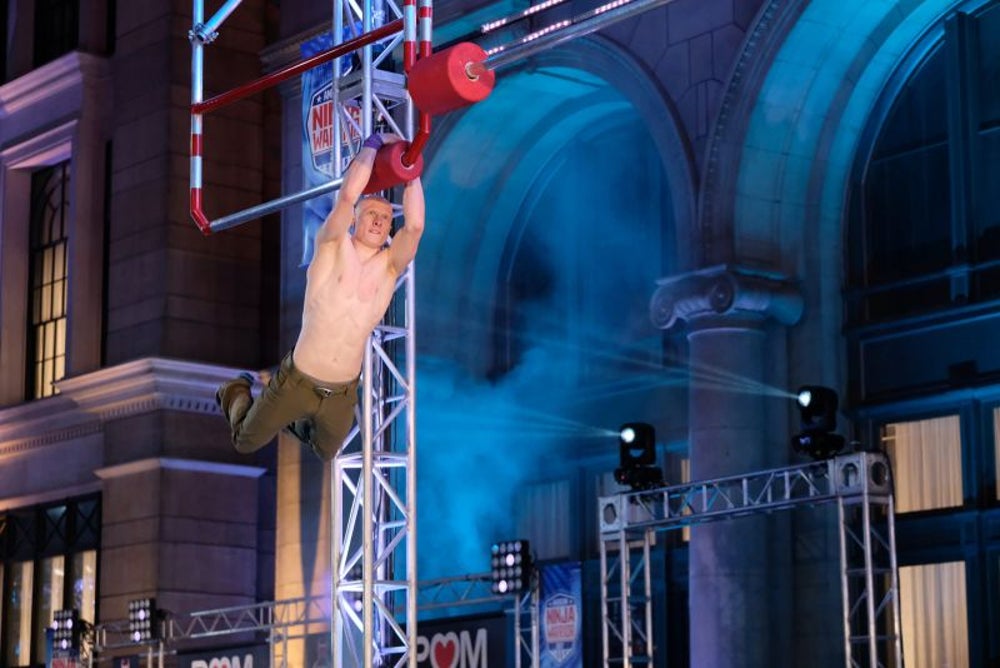 “The person you become is not the sum of attitudes, desires and habits we are dealt in life but instead, it is the sum of those we choose to embrace throughout life,” says Kevin Bull, a professional ninja who serves as a spokesperson for CircusTrix, operator of over 30 indoor extreme recreation parks across the United States, Europe and Asia, as well as is part of the Wolfpack Ninja Tour.

In addition to competing on American Ninja Warrior, Bull has also been on Spartan: Ultimate Team Challenge and represented Team USA on the third American Ninja Warrior: USA vs. The World in 2016. Bull extends his leadership lessons as a role model to children with alopecia -- an autoimmune disease that Bull himself has that causes unexplained hair loss -- by working with alopecia organizations that include Children’s Alopecia Project and volunteering his time to show mental strength through life’s unexpected curve balls, whether on a ninja course or not.

If you think you can, then you will. 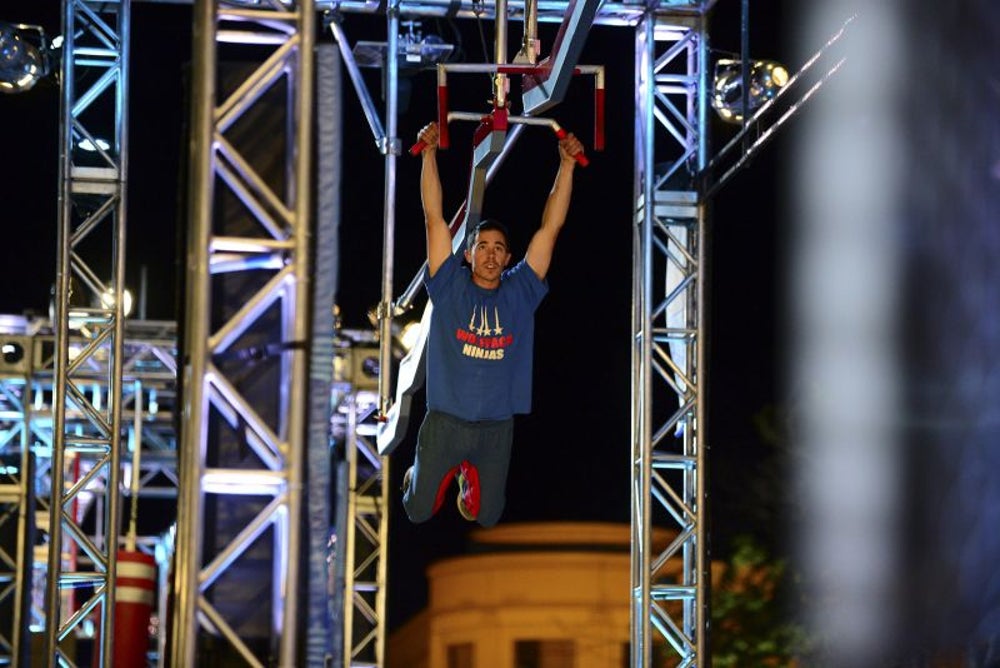 Ian Dory, co-founder and executive vice president of The Wolfpack Ninja Tour as well as a professional climber based in Colorado, believes in order to be a leader, you must do as your body says. Very simply, he states “the body follows the mind” and as a result, you need to think goal-oriented and with confidence.

It’s important to think outside the box. 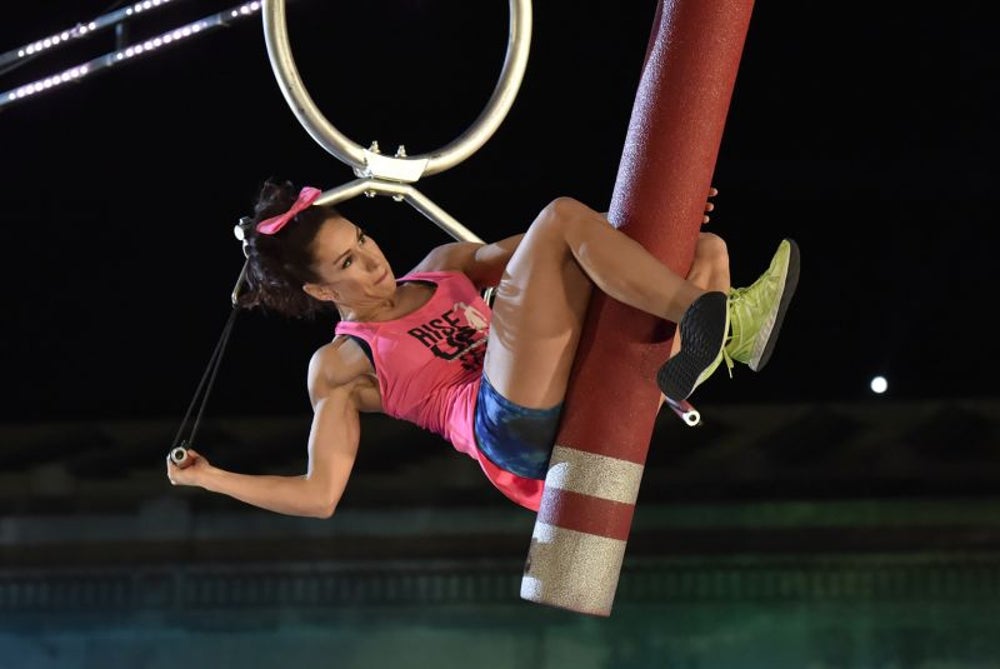 Maggi Thorne, a three-time American Ninja Warrior Competitor and two-time NBC Spartan Ultimate Team Challenge Competitor, believes that to succeed, you must be willing to think beyond what’s traditionally expected.

“When we approach life, don't watch the clock, do what it does and keep going," she says. "Only about 2 percent of life is circumstance and the rest is a result of consequences from the choices we have made. That being said, it's important to own your mistakes, learn lessons from them, then press on with purpose. We face numerous obstacles in life and every one of them can't just be muscled through it. Just like on the American Ninja Warrior course, some things require studying, out of the box thinking and the belief in what is possible ... even when others cry out it just can't happen." 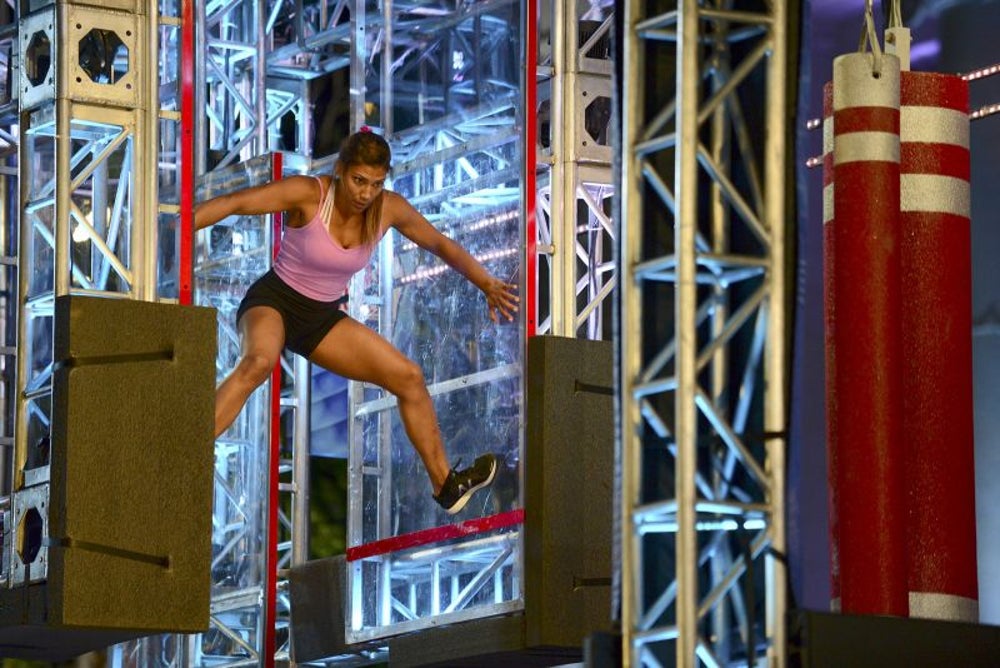 Despite year-round training, athletic endurance ranked among the top in the world and commitment to trying their best, even the best ninjas must accept that failure may look them in the face at times.

"Things aren't always going to be easy and you're going to fail from time to time, but that's what makes the moments of success even better,” says Meagan Martin, a professional rock climber based in Boulder, Colo., who has competed on American Ninja Warrior since 2014. "In the end, it's all worth it, so stay positive and work through the hard times." 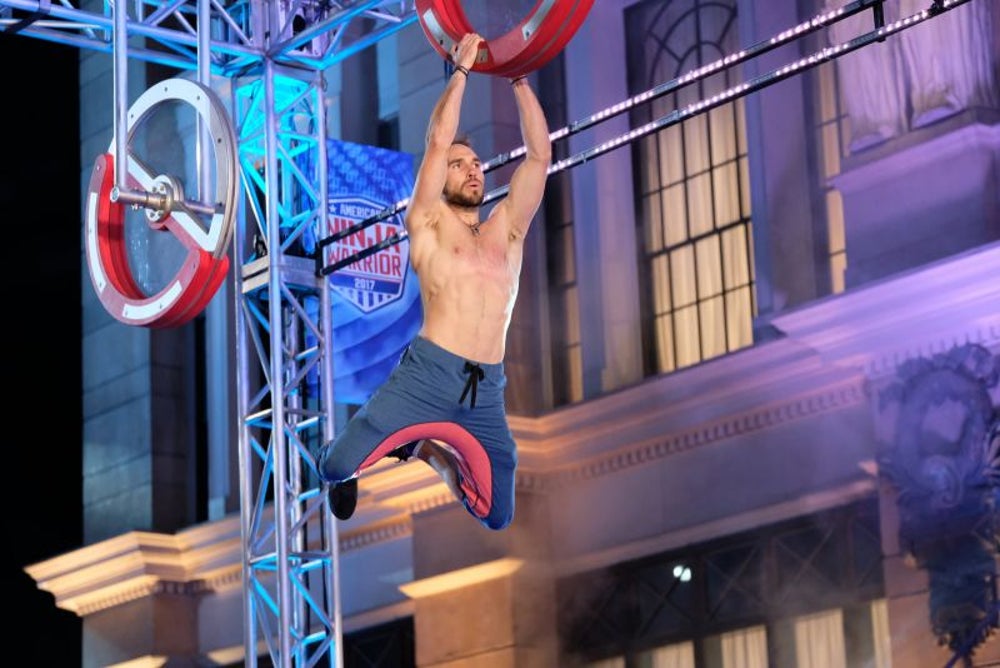 Recognized as both a ninja and an entrepreneur, Travis Brewer is the founder of functional active wear line Pi Movement as well as a regular competitor of American Ninja Warrior. He describes himself as an “entrepreninja” and believes leadership comes from following passion.

“To me, success comes not from victory but from learning what motivates our passion to never give up and not fear the failure of the unknown,” Brewer explains. "To be known for making a positive impact with movement in relation to helping others and the planet is where I find my own passion and know regardless of failure, I will always find success within."

Keeping this in mind, Brewer also extends his passion towards helping others by donating a portion of all sales from his company to build ninja parks in communities worldwide, something he clearly has -- you guessed it -- passion for. 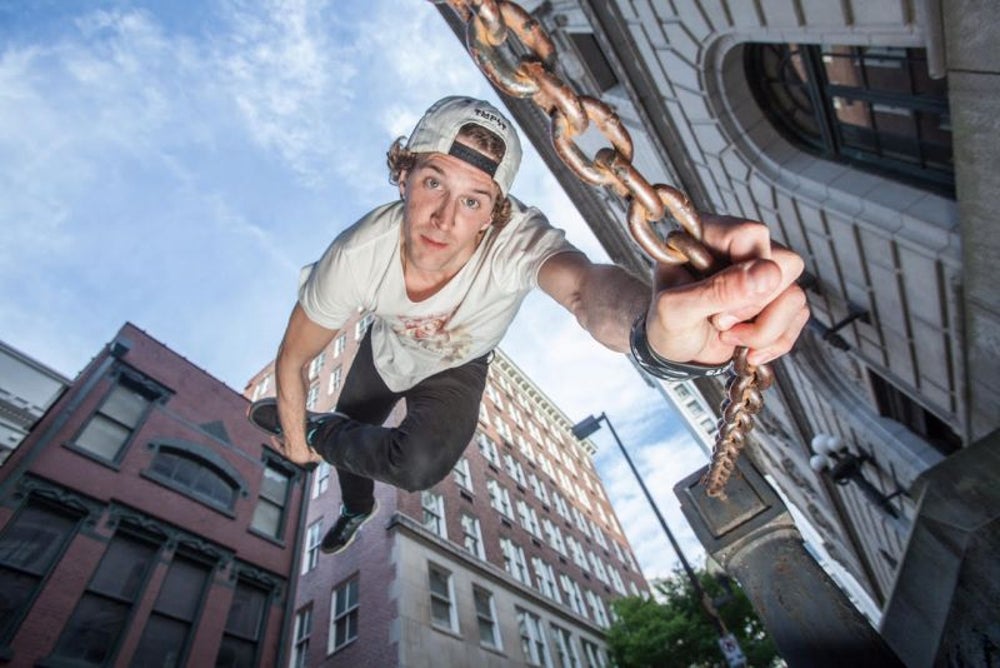 Ninjas are used to being on their feet and actively pursuing their goals, but it’s not only the steps forward that take them to where they need to go. Often, one step forward may lead to two steps behind -- yet it’s the effort and the willingness to continue that truly makes a difference.

Jessie La Flair, an entrepreneur who owns Tempest Freerunning and has been a stunt double on movies that include X-Men: Apocalypse, believes that “progression is key. Even the smallest of steps will equal the biggest of strides.”

The outcome isn’t always what matters. 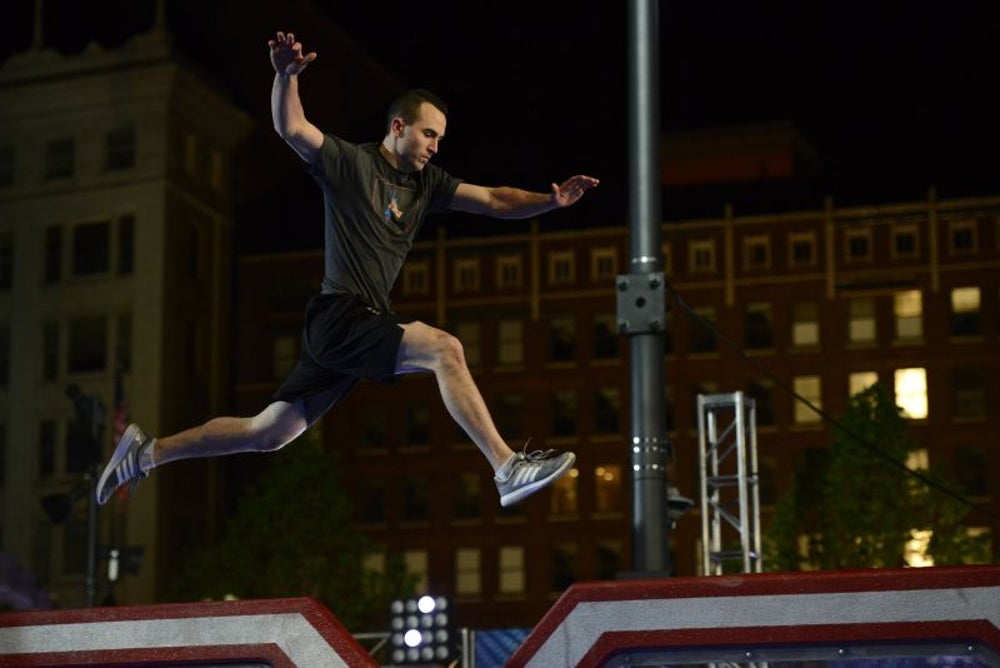 For meterologist Joe Moravsky, metrics are a reality in both work and play. As a ninja, Moravsky recognizes that “99.99 percent of competitors won't be ‘successful’ and win the entire thing.” Yet success, as it turns out, is not always measured by the end result.

“Never giving up and being an inspiration along the way is what leadership is all about,” Moravsky says. "You can change the world for the better regardless of the outcome." 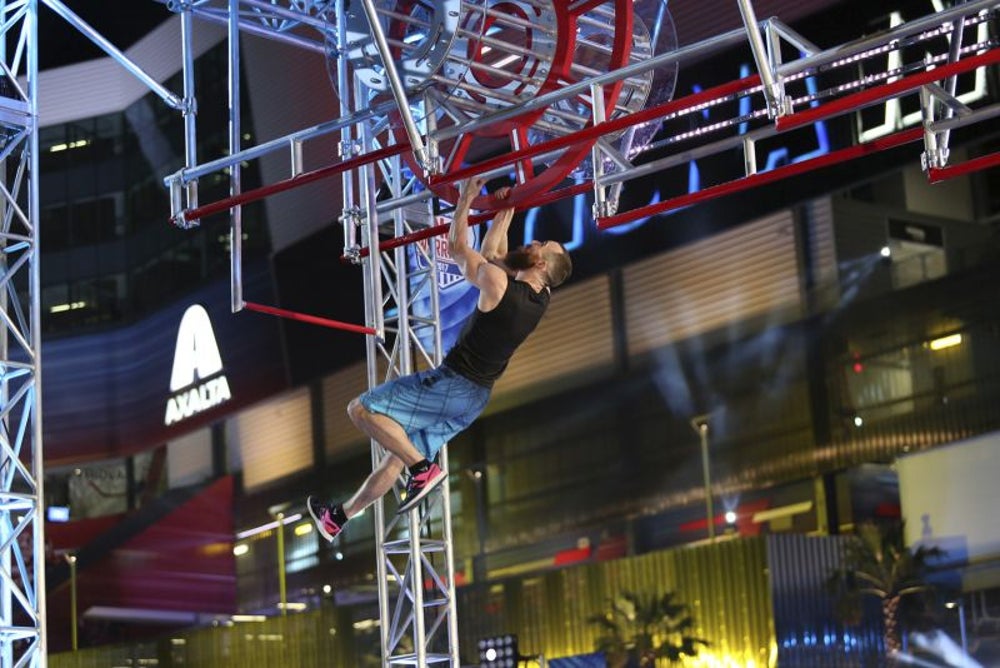 Image credit: Myron Luzniak | NBC
“Before becoming a great leader you must know how to follow as well," says Ryan Stratis, a popular contestant on American Ninja Warrior and part of the Wolfpack Ninja Tour. "Trying to take charge of situations without adequate experience can lead to many complications. I've learned from my time in the military to always be willing to listen and learn from everyone. Same can be said in running through obstacle courses on American Ninja Warrior. Always surround yourself with people smarter and stronger than you so you can grow from it."

Always demand the best from yourself. 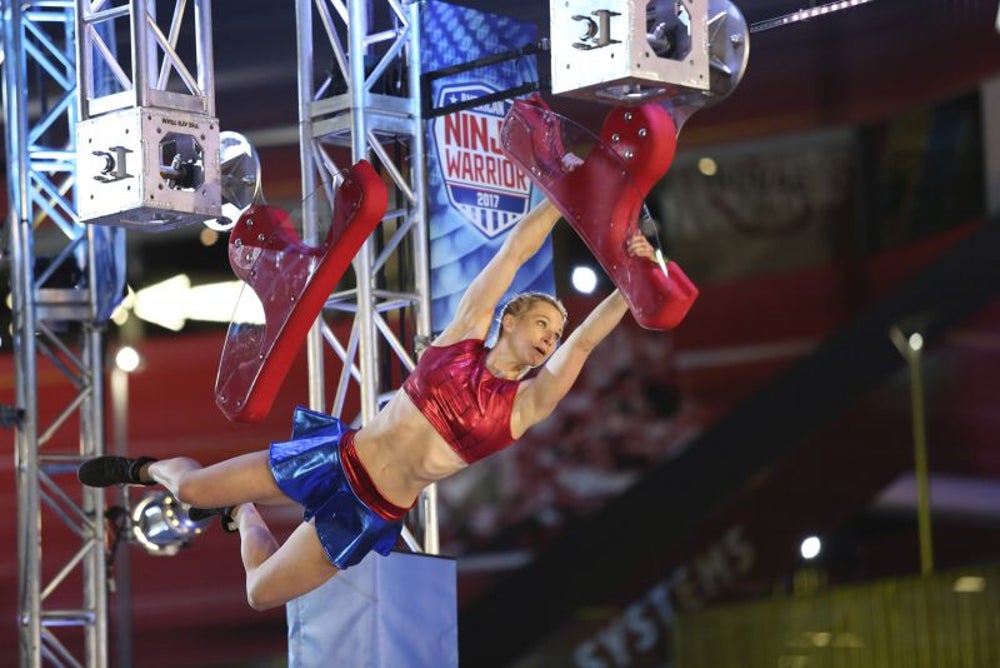 Finally, a leader on both ninja courses and in life, stuntwoman and American Ninja Warrior competitor Jessie Graff offers this final piece of advice.

“Always demand the best from yourself,” Graff says. "Find that thing that you love so much, you want to work hard at it. The passion you bring to it will attract like-minded people, with whom you can do amazing things."

It turns out that being a ninja may appear to be an individual sport the same way entrepreneurship often appears to be a solo endeavor. But, working together and surrounding yourself with like-minded people just may be among the best tip you need to be the best at whatever it is you want to do.
More from Entrepreneur