Are you in a boring industry? Doesn't matter. Generating awareness online can work for any industry.

By Ryan Erskine November 3, 2016
Opinions expressed by Entrepreneur contributors are their own.

Are you in a “boring” industry? Finance or real estate, perhaps? Legal services or manufacturing? Sure, you may find your profession interesting, but you sigh at the futility of engaging with your audience online. “They just won’t care,” you say with resigned certainty.

Stop the negative talk. Generating awareness online can work for any industry. You just have to find a way to make your industry exciting.

So I want you to change the way you frame the situation. If you’re in a “boring” industry, then see that for the opportunity it really is. Your competitors haven’t found an effective way to engage with their audience online. What an incredible opportunity for you to find a strategy that works.

By getting digital attention for your business, you’ll be cashing in on a huge competitive advantage. While everyone else is stuck in the “boring” mindset, you’ll be making yourself a valuable part of the online conversation and growing your business in the process.

Related: The 7 Tenets of Branding

Here are several strategies from companies who have turned their industries from sleepy to sexy through innovative digital initiatives. 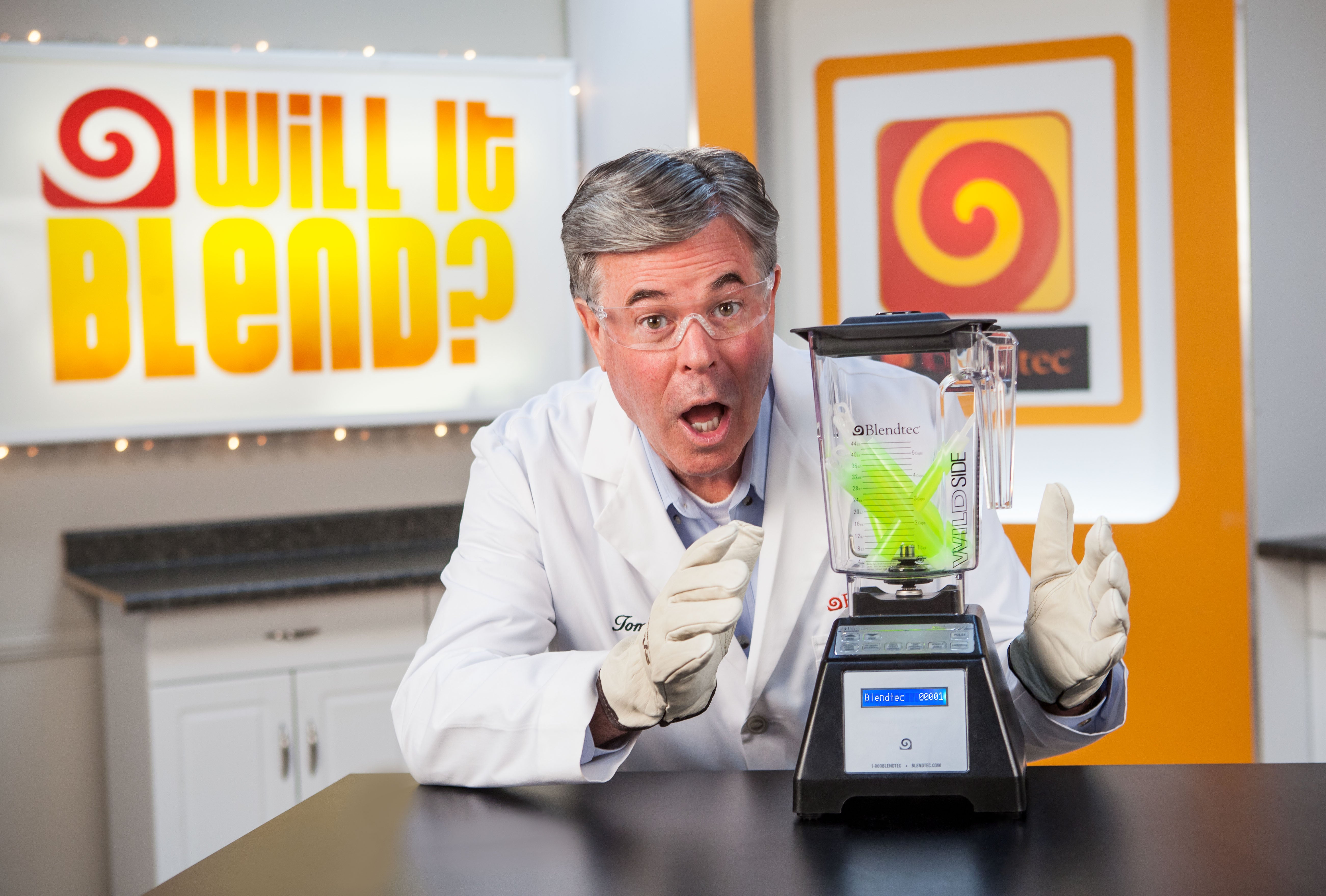 Blenders may not be the most exciting kitchen appliance, but chances are you’ve seen those "Will It Blend?" videos. In a brilliant viral marketing campaign that dates back to 2006, Blendtec’s founder Tom Dickson showed off the power of his blenders by blending all sorts of things in a series of short video infomercials.

Ever seen the one of him blending Bic lighters? Man, is that satisfying.

By blending everything from golf balls and credit cards to cell phones and camcorders, Dickson capitalizes on our childlike curiosity to see household items get completely destroyed. And he gets to prove the power of his blenders in the process.

In a stroke of genius, Dickson turned an everyday kitchen gadget into a compelling conversation starter online. Those videos get hundreds of thousands — even millions -- of views each. The iPad blending video from 2010 already has 18 million views and counting! That’s a lot of people to care about a kitchen gadget.

Is there anything more boring than taxes? Probably not, and yet, H&R Block has somehow managed to amass nearly 500,000 followers on Facebook and Twitter combined.

Who are these people? Don’t they have anything better to do with their time than follow a tax service provider on social media?

The answer is twofold. First, H&R Block is active online and uses social media in all the right ways. They give quick tips for taxpayers, provide in-depth knowledge for professionals and piggyback off current events to give their fun, unique take on the news.

Second, their followers are their community. They’re accountants, people who care about taxes, finance gurus and everyday Joe Schmoes who have questions about their taxes. And H&R Block clearly cares about that community. They regularly respond to comments on their Facebook page and encourage people to Tweet out for help on their taxes.

3. Engage your customers via email.

People care about food. A lot. But food delivery is a bit of a snoozefest.

Nevertheless, Seamless has done an amazing job of making food delivery fun with their email marketing campaigns. I’ve experienced those emails firsthand, and it doesn’t feel like the spammy garbage I receive from other companies. It’s a bit of a game, actually. Sometimes I get a 10, 15 or 20 percent off my next order for being a loyal customer. Other times, I get an email where they piggyback off a holiday like National Donut Day (yes, it’s real) to offer a special deal on donut deliveries.

My favorite email of all time came with this headline: "Get 10 percent OFF for picking the winning Best Picture NOM-inee!" Now if that doesn’t get you ready for food delivery during the Academy Awards, I don’t know what will.

London Drugs is a Canadian retail chain with a focus on pharmaceuticals. They’re active on social media and actively manage seven blogs, but their real distinguishing factor is their focus on prizes, contests and giveaways.

Contests and sweepstakes are great because they generate buzz around your brand, reach your target market, and help you generate email leads from interested customers. Win-win-win and all for a smaller price than you’d pay for traditional advertising.

London Drugs runs a number of targeted sweepstakes on its social channels, which has helped transform Facebook into their #1 source of website referral traffic. (They’ve grown their Facebook following to over 120,000 people strong.) Entrants to these contests simply submit their email for a chance to win a gift card or something related to the London Drugs brand.

They actually launched a giveaway recently where you can enter for a chance to win a first aid/emergency kit. Don’t mind if I do…

Poo Pourri is the “before-you-go” toilet spray that made its mark on consumers thanks to its “Girls Don’t Poop” campaign back in 2013. In that video, you can watch the red-headed Bethany Woodruff talk confidently about “tenacious skidmarks” and “dropping a motherload” -- shameless toilet humor from a woman that makes the product incredibly accessible.

Poo Pourri’s toilet humor campaign seems obvious after the fact, but have you ever seen Febreze or any other air freshener market themselves in that way before Poo Pourri came along?

Related: It's Not You, It's Your Story: Why Branding Matters

Yes, this company takes advantage of great video content. And yes, they’re using social media. But really, they’re just being lighthearted and funny about their product. By not taking themselves too seriously, Poo Pourri was able to tap into a market of customers who otherwise might not use a toilet spray at all. Sometimes humor can go a long way. 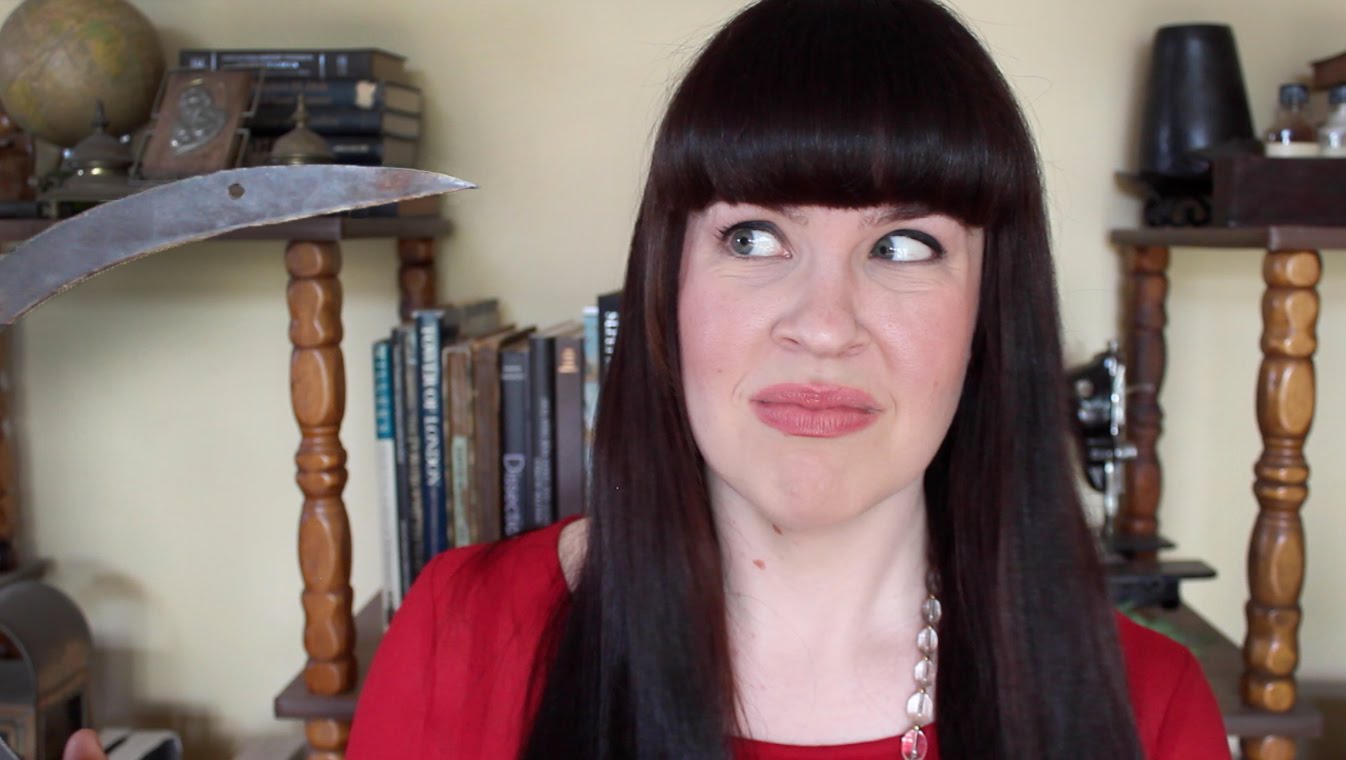 There is a mortician in Los Angeles that hosts an “Ask a Mortician” video series on Youtube. People leave comments on her videos asking questions about burials and death and she posts new videos answering those questions. (I highly recommend the Corpse Poo episode -- Poo Pourri anyone?)

The videos are a bit more polished today, but if you go back to her original ones in 2011 and 2012, you’ll see that the quality leaves much to be desired. And those early videos are the ones that sparked her fame online. So don’t be discouraged by your lack of pro video skills.

The mortician,  Caitlin Doughty, has done a terrific job answering her audience’s questions and growing over 80,000 subscribers on Youtube in the process. Some of her most popular videos have earned hundreds of thousands of views.

Doesn’t this example prove any industry can make an impact online? Sure, funeral directing may not be the most stereotypically boring profession around, but it sure isn’t one you’d typically expect to engage in content marketing initiatives online.

Pharmaceutical, tax and manufacturing companies -- even morticians -- are finding effective ways to get attention for their brands online. Still think your industry is too boring for the digital world? If they can do it, you can too.

Ryan Erskine is a Brand Strategist at BrandYourself and a leading expert in personal branding and online reputation management. He empowers individuals and businesses to develop their personal and corporate brands, take control of their search results, and position themselves as thought leaders in their industries. He's completely rebranded online images for everyone from c-suite executives and entrepreneurs to middle market professionals and college graduates.

Admitting Your Struggles Can Build Trust With Customers. Here's Why.