Lululemon Founder Chip Wilson Had a Falling Out With His Brand. Now He Wants Back In.

Entrepreneurs pour their hearts and souls into their businesses. Is there ever a good -- or easy -- time to walk away?
Next Article Add to Queue

This story appears in the November 2018 issue of Entrepreneur. Subscribe »

Chip Wilson has a long, tangled history with athleisure brand Lululemon. He created the company in 1998 and stepped down as CEO in 2005 after selling nearly half of it to private equity. He has since held various roles and remains its largest individual shareholder (which makes him a billionaire), but he’s been gone from its board since 2015, following an infamous misstep: In 2013, as the company dealt with a problem of its products pilling, Wilson told Bloomberg TV that “some women’s bodies” aren’t right for Lululemon. He later said he was talking specifically about how some women were incorrectly using the product as a compression garment instead of workout gear, comments that sparked a nationwide story about body image. Since then, Wilson has routinely and publicly criticized the company’s leadership from the sidelines -- and in October, he self-published a memoir called Little Black Stretchy Pants that lays out an argument for his return (and says he intends to become involved in the company once again). Here, Wilson and Entrepreneur have a candid conversation about a founder’s role in a company, and how to know when that relationship should end.

Related: 15 Celebrities Who Got Fired and Made a Comeback

You’re self-publishing this book, pouring millions into marketing it. Why?

There’s so much pressure to go the regular route -- so much pressure. Everyone says, “That’s the way you should do it.” Well, I look back to what I did with Lululemon. People said, “You should wholesale. That’s how it’s done.” But the real reason Lululemon was a success is because I missed the middleman. We set up the company to have no wholesale. And so I started to look at the book and to head down this regular route like everybody else, and I went, “This makes no sense to me.” I wouldn’t be who I am if I didn’t put my money where my mouth was, so to speak.

In self-publishing, you’re also trying to speak directly to people with no middleman to filter through. Do you feel misunderstood?

In the book, you ask yourself: Was my identity as a person too wrapped up in the identity of Lululemon? Have you struggled with not being involved day-to-day in the company you created?

In 2014, I sold more of my shares because the board was very stale, and the governance structure was not allowing the board to turn over as fast as the world was changing. My strategy was to sell two board seats to [the private equity buyers] and have it create a situation where there would be a large changeover in board members, in order to get rid of the CEO and hire another CEO. As of last month, I accomplished that. So you can say that I haven’t been involved, or you can say that I’ve been very strategically involved and my strategy has come to fruition. [In July, Lululemon announced a new CEO, Calvin McDonald. He replaced Laurent Potdevin, who was ousted earlier this year and accused by the company of conduct violations.]

But that doesn’t address the emotional component. It’s easy for me to say this, having not created something like Lululemon, but to put it plainly: You created a successful company, you made quite a lot of money, your relationship with it didn’t go as I imagine you would want, but why bother continuing to talk about it and trying to get back in it? Why not move on?

I think -- not “I think,” I know -- that what Lululemon is, is every ounce of who I am. As a human being, it’s everything I was meant to do. It’s all I think about all day long. If I take myself out of that, then I kind of go, like, “Who am I?” Am I emotionally attached to it? Is it my identity? It’s like a lot of men who retire and go, “Oh my God; I was an accountant, and now I’m nothing.” So I had to ask myself those questions. Do I have any more to offer Lululemon, and is it what excites me? Is that who I am when I get up in the morning? And it’s exactly who I am. I have an area of expertise that can add a lot of value.

My wife and son started [apparel brand] Kit and Ace, and I got involved with it. But I soon realized that I wasn’t willing to put in the 18 hours a day. My mind wasn’t there. In my 16 years at Lululemon, my job was to be five to seven years in the future, so if Lululemon was doing three and a half billion dollars in sales, my mind was always on Lululemon being like seven, eight, 10 billion dollars in sales. So my frame of mind isn’t set up any longer for a small startup.

Related: How to Know When It's Time to Walk Away 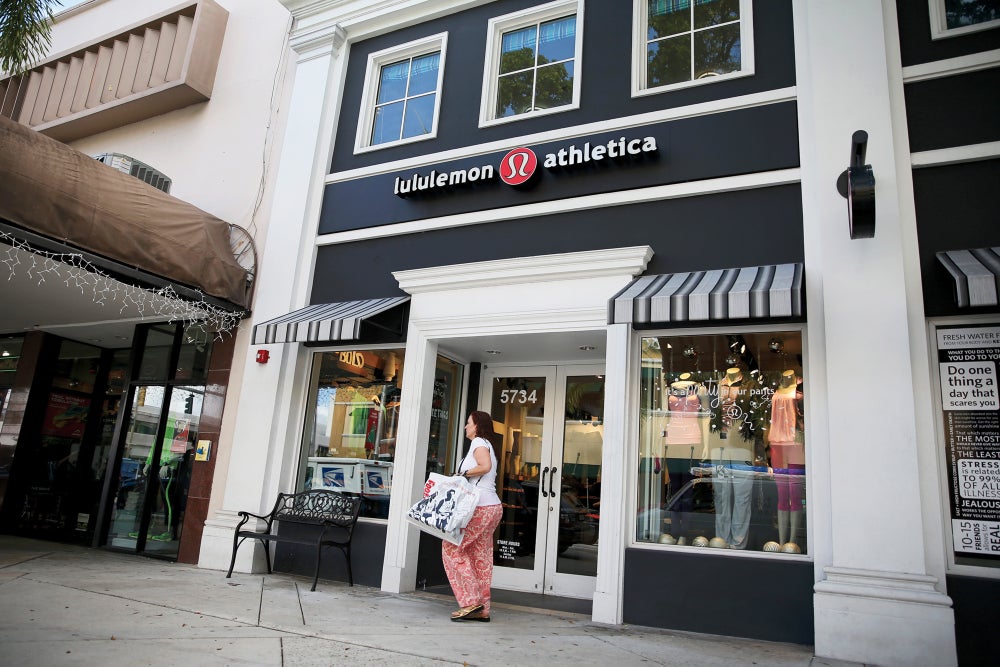 There are other notable founders in the news right now trying to get back into the company they founded -- Travis Kalanick of Uber, John Schnatter of Papa John’s. Leaving out their individual scandals, do you sympathize with them?

Well, in order to answer that, I have to preface it by saying whatever I know from reading about them in the press is probably 2 percent of what is actually true. It’s one of the reasons I wrote the book; if you leave the press to write the story, they won’t get it right. So do I have sympathy for them? I do, but I don’t know their real story.

Throughout your book, you make a case for the importance of supporting a company’s creative teams. You describe a problem: A boundary-­pushing creative team could be successful for 11 straight quarters, but inevitably, they’ll stumble. And when they do, the operational side steps in and takes command, creatives never regain control and the company stalls.

That’s what I noticed happened. When I was CEO of the company, man, I had to fight for creative, and I had to fight for the times when it failed. And of course, if you have a CEO that has to report to the public every quarter and the board is concerned about their reputation, then everything starts to become about control of the creative process. No one can quantify how great creative has been over the other 11 quarters. But operational people can definitely prove where it didn’t work in the one quarter.

Isn’t this a trap any company can fall into?

All good CEOs probably have a group of mentors, if not a board of advisers. And a good CEO will be attuned to what I would call their flat spots -- in other words, everyone’s good at something, and everyone’s not good at something. It’s just a genetic makeup. So the astute person will have the right kind of advisers around them, or a CEO will have the ability to say, “I’m really weak in creative and brand; I need to hire somebody who is a world expert at this.”

Do you think a founder always knows what’s best for a company?

I think it’s going to be 50-50. You’re going to end up with founders who became really successful because they understood the underlying subconscious of the consumer -- but they became so attached to that one idea, and when the world changed, they’d gotten older and weren’t the customer anymore. You can see that a lot in the apparel business. They’re making clothing for a 25-year-old, but suddenly they’re 50 and don’t really understand the fashion of the new 25-year-old anymore. They’re not up on the music, they can’t see the trends, blah blah blah. Now, there’s the other 50 percent that eat, live and breathe that 25-year-old and surround themselves with 25-year-olds, listen to their music, watch the videos. They have an innate sense for it.

How would a founder be aware if they’re in one group or the other?

You have a group that is interested in self-development, the psychology of change. They’re aware of themselves. They look for feedback. They’re not hurt by feedback. And then you have the other 50 percent that is the opposite of that.

After Nearly Going Bankrupt, How Franchise Jersey Mike's Fought Back and Won

How to Bounce Back After a Business Venture Goes Awry

What Is Your Frog? This Exercise Will Help You Rid Yourself of Mental Roadblocks.

How to Be Funny in the Workplace