Bennigan's CEO is putting his money where his mouth is.

Paul Mangiamele, Bennigan's CEO, announced this week that he and his wife, Gwen Mangiamele, are purchasing the restaurant chain from its parent private equity firm, Fortress Investment Group.

Through their new company Legendary Restaurant Brands, the Mangiameles will own 100 percent of Bennigan's as well as the fast-casual concept, Bennigan's On the Fly and the currently defunct Steak and Ale brand. 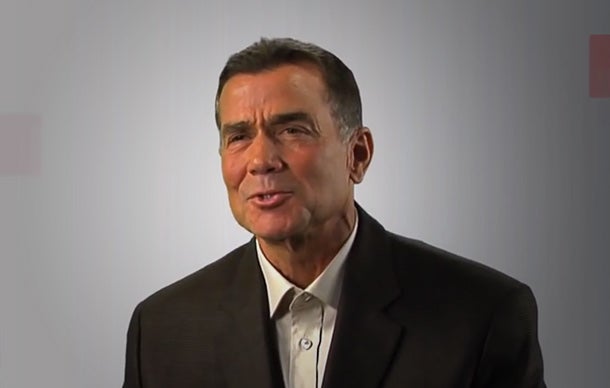 Mangiamele became CEO of Bennigan's in May 2011, tasked with rebuilding the chain. In 2008, when the brand filed for Chapter 7 bankruptcy, 240 Bennigan's locations were shut down, leaving only 75 remaining locations. The company also shut down all 50 Steak and Ales locations – something that Mangiamele plans to reverse.

Related: Instead of Spending $100K on College, This Entrepreneur Took Out a Loan to Open Her Own Business

"We're in the final stages of several significant agreements that will be game-changers for all our brands, and other exciting developments are in the pipeline," he said in a statement. "As thrilled as I am about the Bennigan's story, I'm equally bullish on Steak and Ale… another beloved brand whose time has come again. We'll be announcing the first new corporate Steak and Ale restaurant very shortly."

Under Mangiamele's leadership, Bennigan's has grown to 150 locations. The company also debuted Bennigan's On the Fly, a limited menu concept being rolled out in smaller-footprint locations such as universities, hospitals, airports and cruise ships. In the Bennigan's statement addressing the deal, Mangiamele hinted at upcoming Bennigan's franchise expansion in California, the Middle East and Central and South America.

Gwen Mangiamele also has a history in the food industry, with experience at foodservice, retail and healthcare company Compass Group and specialized business service supplier Cintas.

"Everyone knows how passionate I am about Bennigan's and Steak and Ale, and Gwen and I have never been more excited about the brands' future than we are today," Mangiamele said in a statement.

Related: Quiznos Is Pulling the Plug on TV Ads. Here's Why.