January 26, 2016
Opinions expressed by Entrepreneur contributors are their own.

Coming from a career at one of the largest home security companies in the U.S., Ryan Cook decided to completely change gears last summer and open Smart Spark Vape + Lounge in Fort Oglethorpe, Ga.

Though he says his knowledge of the vaping industry and culture was very limited before Smart Spark, Cook says he chose to be a part of the brand-new franchise, because he felt deeply connected to company's mission -- to help people kick the habits of smoking cigarettes and chewing tobacco.

"It's extremely rewarding to know that I'm not only helping others kick a toxic habit, but I'm also helping them protect their long-term health," Cook says.

Based in Trion, Ga. and founded in 2014, Smart Spark is the first authentic franchise brand in the vaping industry, merging an upscale lounge atmosphere with a vape shop retail component. Jeremy Kwaterski, Smart Spark's founder, says he became interested in the e-cigarette business in 2014, when he learned that his father, who was a heavy smoker, had stage-four lung cancer. After his father died in 2015, Kwaterski says on the company's website that he made a commitment to help others quit smoking via what he believes is a much healthier alternative -- vaping.

Currently, there are three Smart Spark Vape + Lounge locations open and operating in Georgia. Below, Cook describes what it's like to be a franchisee in the blooming vaping industry. 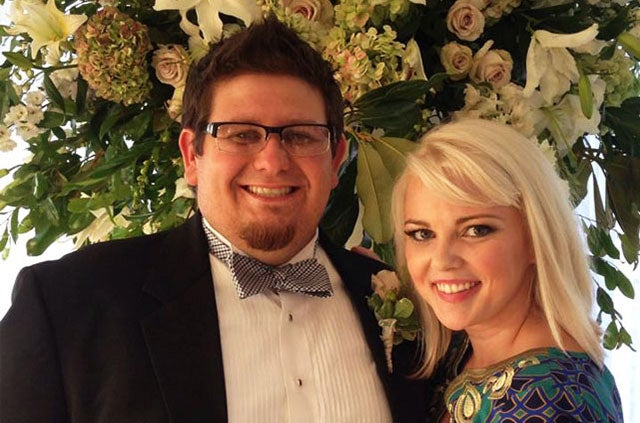 Like many others, I didn't want to reinvent the wheel -- I wanted to hit the ground running. The idea behind buying a franchise is that you are getting into a business that has vetted most issues and problems confronting small-business owners. In theory, franchising gives you a higher chance of succeeding, since it is well documented that 90 percent of all businesses fail.

I was a vice president for one of the largest home security companies in the U.S.

The great profit margins and low startup costs are what originally drew me to Smart Spark. I recognized the profitability of the business after doing my initial research and quickly wanted in on the ground floor of this exciting new retail space.

The vapor industry is exploding, and there is currently over $120 billion a year being generated by more than 50 million tobacco users in the U.S. and Canada. With only 2.5 million vapers in the market today, there's a tremendous potential to convert tobacco users to vaping through Smart Spark. And what's pretty neat is that it's not only a vape shop, it's also an upscale lounge where you can hang around, enjoy your newly-purchased goods and mingle with other vape enthusiasts.

I chose Smart Spark also because I felt deeply aligned the company's mission, which is to provide a smarter, healthier alternative to smoking. Smoking is a habit that's pretty hard to break, and it could take years for someone to fully quit. A study was done of people who wanted to quit smoking, and of those people, about 60 percent were more likely to succeed if they switched to vaping, compared to those who used alternative nicotine replacement therapies such as, nicotine patches or gum.

It's extremely rewarding to know that I'm not only helping others kick a toxic habit, but I'm also helping them protect their long-term health.

Related: This Weed Man Smokes His Competition in the Lawn-Care Business

$10,000 in furniture, fixtures and equipment

I consulted with Smart Spark's founder, Jeremy Kwaterski. Jeremy is a franchise veteran who founded CPR Cell Phone repair and grew it to over 200 locations. He certainly knows how to capitalize on a booming trend and knows what it takes to start a successful business.

I learned a lot about the vaping industry just by talking to him. I also spent a considerable amount of time in the corporate locations. Seeing and trying out the products firsthand really sealed the deal, and I was able to get a really good grasp of how vaporizers work. When I compared what Smart Spark does that the competitors don't, I found that the vaporizers that Smart Spark offers are revolutionary, both in relation to traditional cigarettes and the majority of other types of vaporizers in the market.

For me, the most challenging part was learning the vape culture. Before Smart Spark, my knowledge of vaping was very limited. I knew in order to succeed in this industry, I had to grasp as much information as I possibly could about vaping. Thankfully, the Smart Spark team provided me training on all aspects of the vapor business including retail sales, wholesale sales, business economic support and marketing. I recommend any franchisees who are not familiar with vaping to hire someone who is passionate about vaping and understands the vape culture.

The most important thing is to do your research -- especially if it's an industry that you have a limited knowledge of. Ask a million questions, and make sure that the corporate team is able to assist you in every way possible.

Q: What's next for you and your business?

We are going to be moving into a bigger location. In just a few short months, we outgrew our small retail store and need more room for customer to hangout and enjoy our high-end lounge.