Every year, Entrepreneur ranks the top 500 franchises. While the 2016 list features restaurants galore, we've paired it down to give you the top 20 chains in the buzzy, fast-moving world of fast food.

The companies you see below were judged on their financial strength and stability, size and growth over the last two years. Also considered were the costs associated with opening one of these franchises and the length of time the company has been operating. We've provided some of that data, plus a few fun facts, to give you a whole picture of what the franchise is all about.

Now that we've chewed over the details and digested the information, check out the results below. Did your favorite place make the cut? 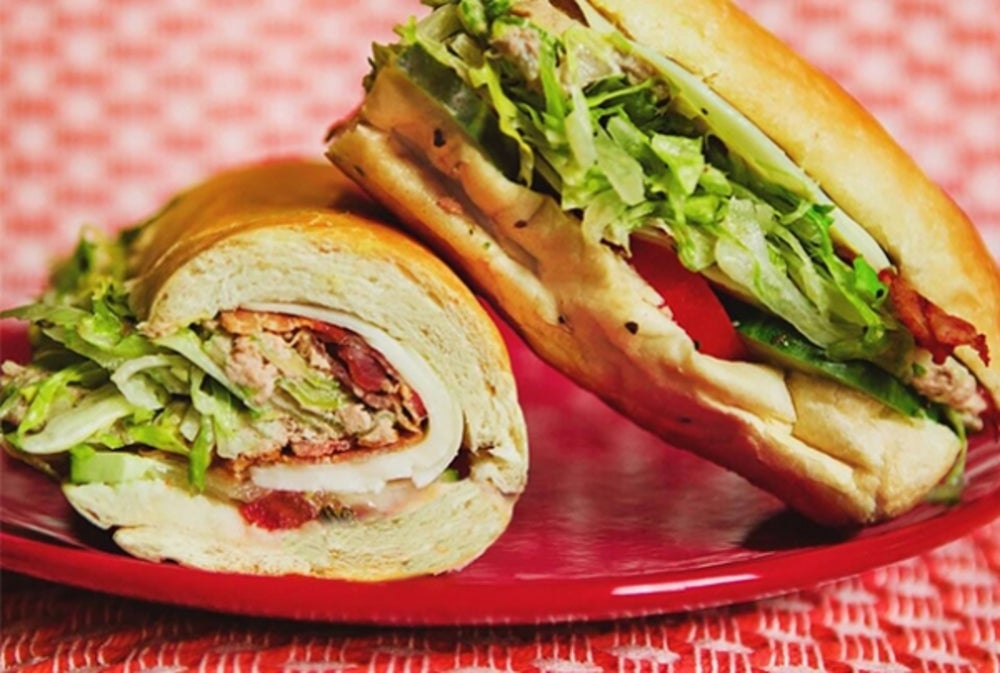 Fun fact: Jimmy John's is the highest-ranked franchise among the entire Franchise 500 for 2016, climbing from the number six slot in 2015. The company's founder, Jimmy John Liautaud, started out by handing out free sandwiches to college students in Mattoon, Ill., in the 1980s.

Related: What's Hot in Franchising? The Big Takeaways From Our Franchise 500 Ranking. 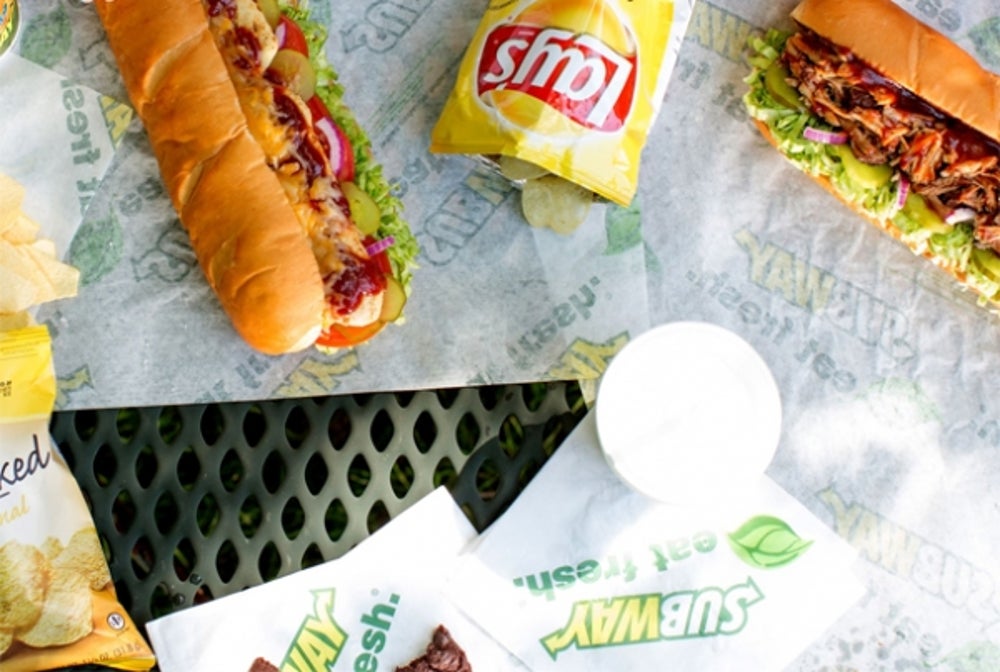 Fun fact: Subway announced in June 2015 that it would begin eliminating artifical colors, flavors and preservatives from its menu over the next 18 months. 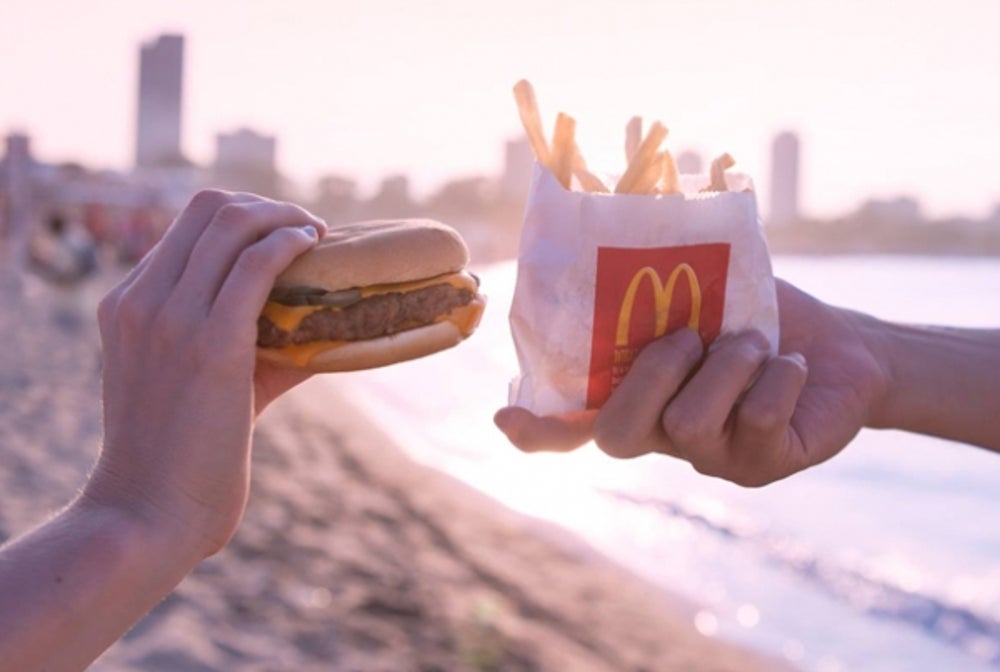 Fun fact: McDonald's, which has struggled to keep up with customers' demands for healthier, quality food, scored a win when it introduced all-day breakfast in 2015. 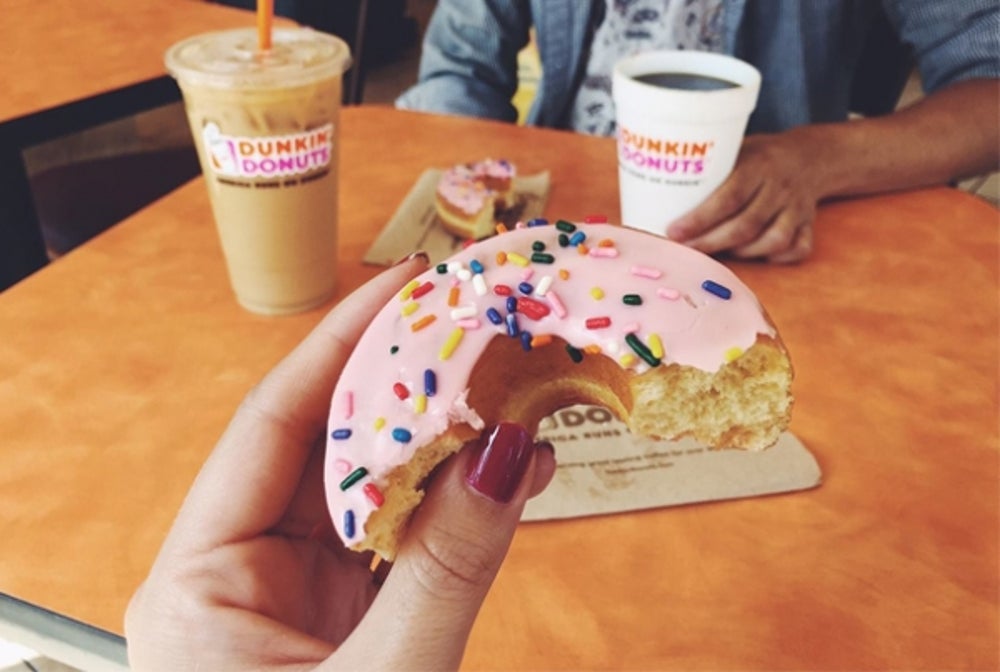 Fun fact: The coffee excellence manager at Dunkin Donuts tastes an average of 200 cups of coffee a day. 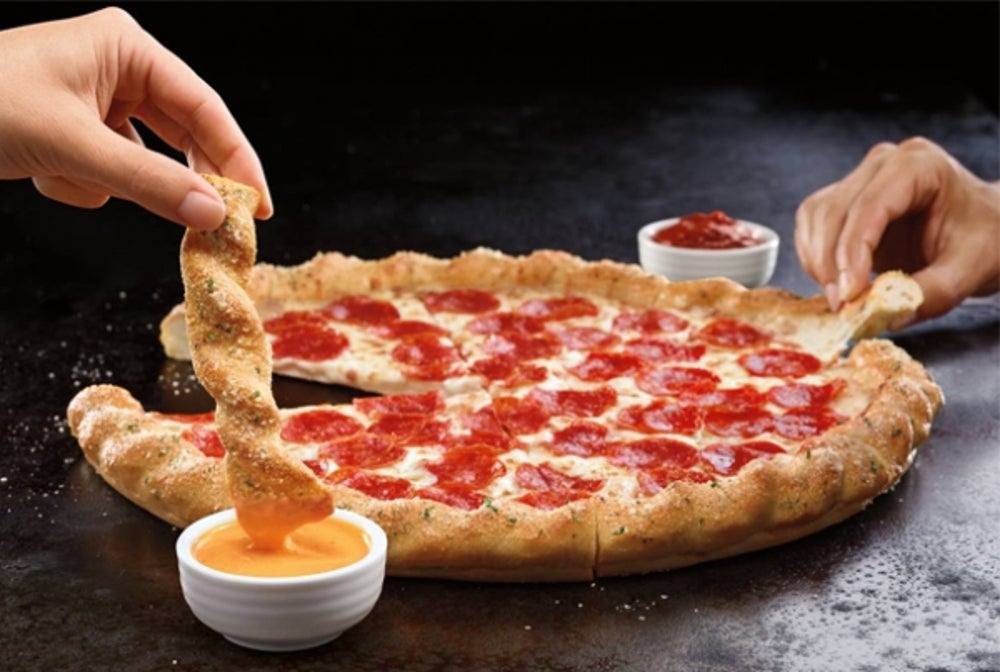 Fun fact: In 2015, Pizza Hut's longest-running restaurant closed its doors. It was 55. 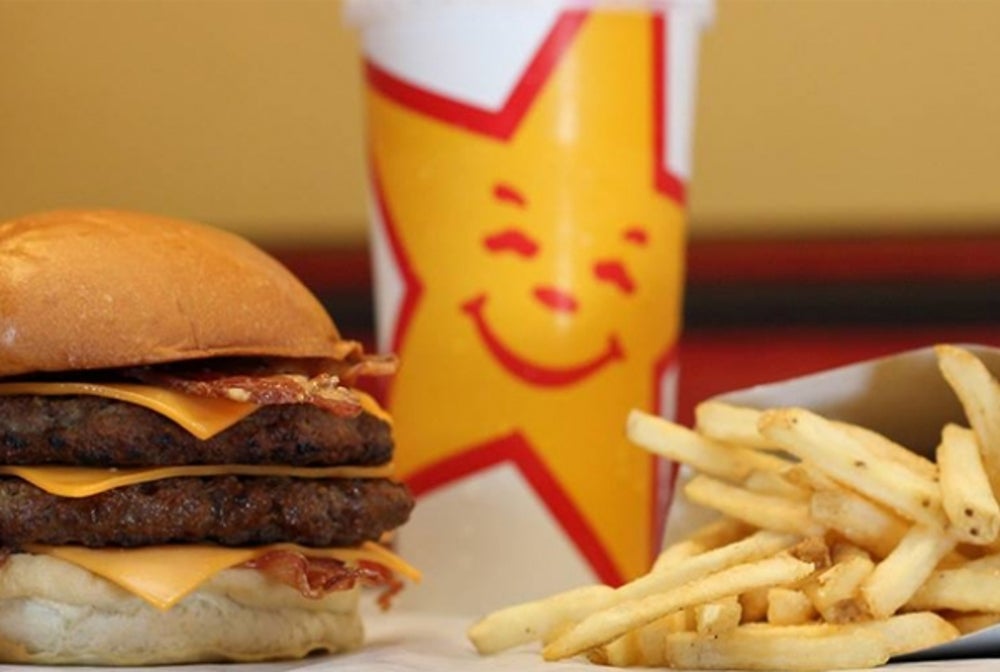 Fun fact: Hardee's began franchising internationally in the 1970s, starting in Australia and what was then West Germany.

Related: Are Flavored Buns The Next Fast Food Frontier? 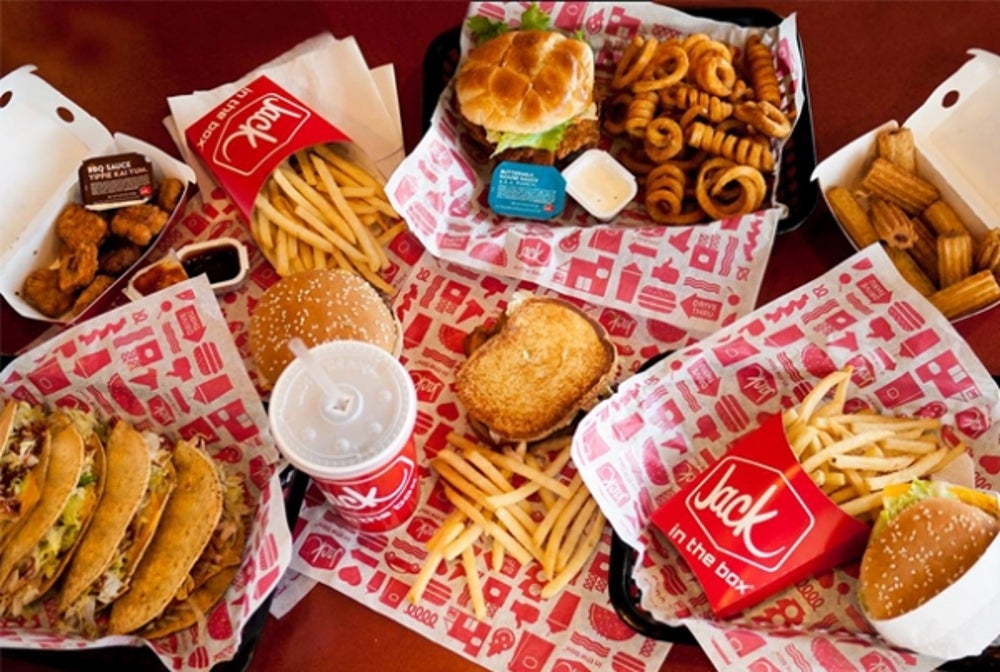 Fun fact: Jack in the Box was early to the bacon mashup trend, offering a bacon milkshake back in 2012. 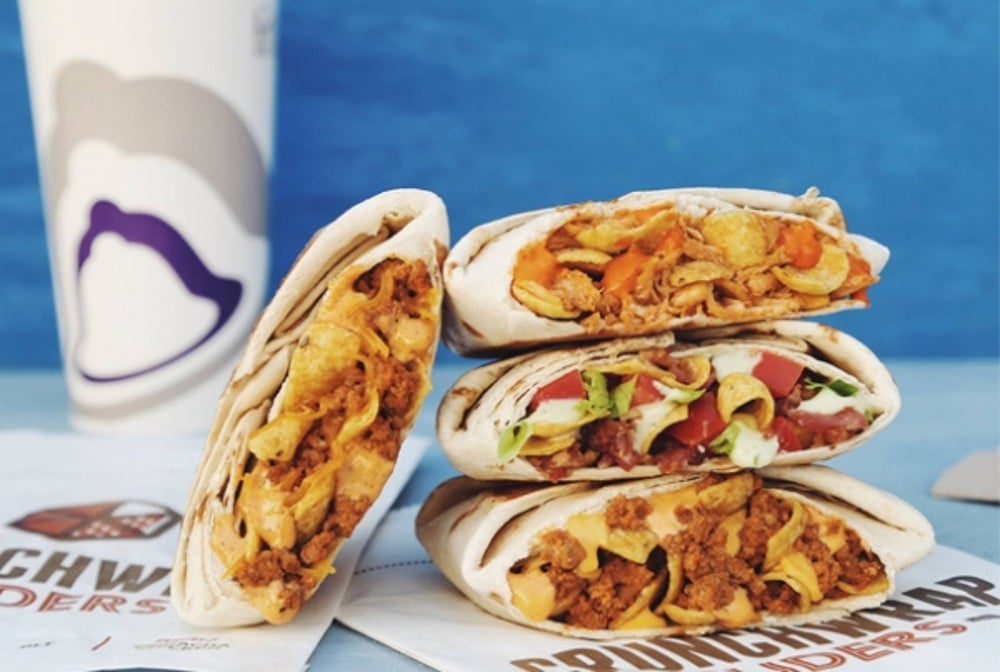 Fun fact: This past November, the building that housed the first Taco Bell was transported from its birthplace in Downey, Calif., to Taco Bell headquarters in Irvine, Calif. -- a 45-mile road trip. 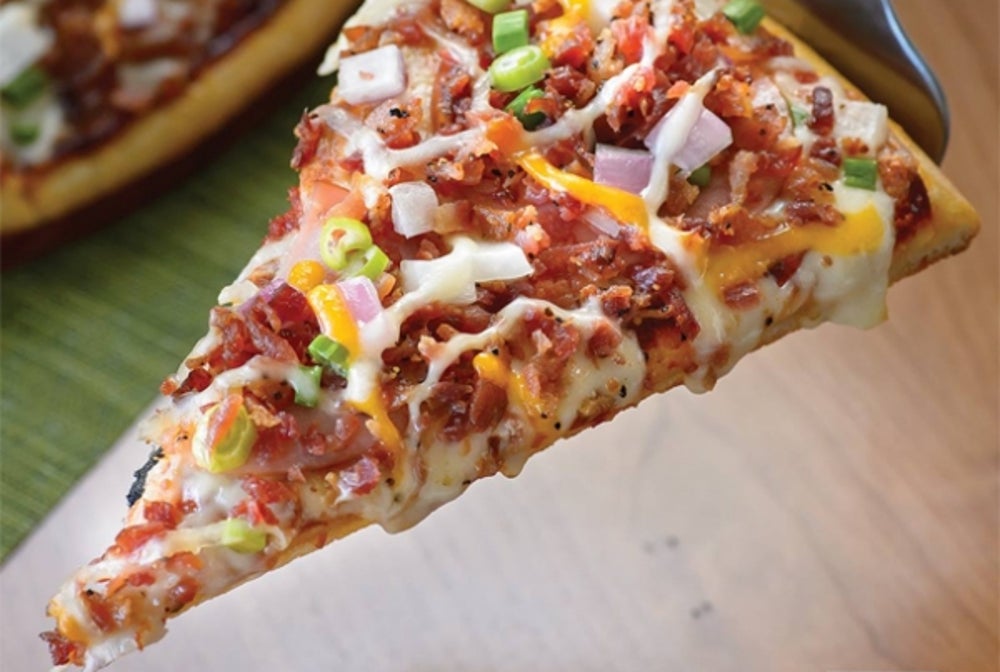 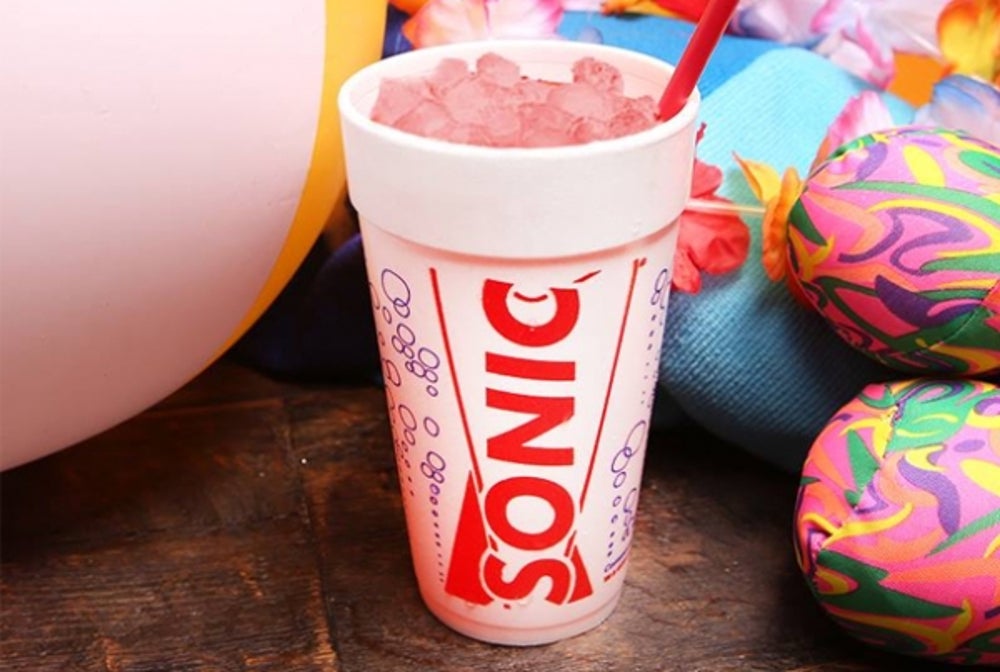 Fun fact: Sonic restaurants were almost named "Top Hat," but that name was already trademarked. Since the slogan for the company was "Service at the speed of sound," they renamed the venture Sonic. 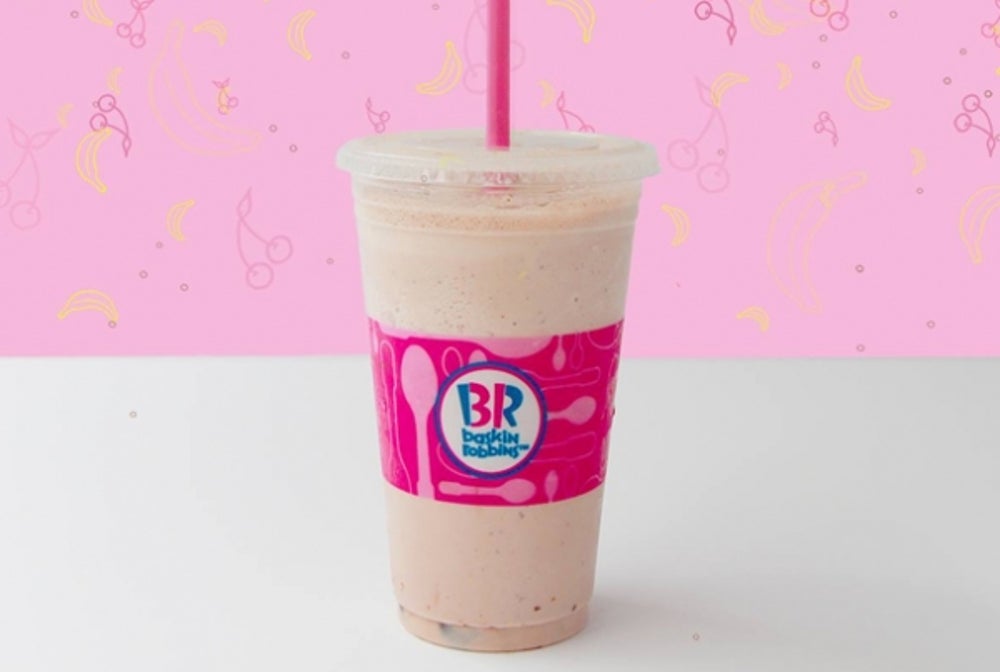 Fun fact: From the Baskin-Robbins website: "Baskin Robbins is the current Guinness World Record holder for the largest cup of ice cream. It was made on September 13, 2005, in celebration of its 60th birthday. This massive chunk of vanilla ice cream weighed 8,865 pounds!" 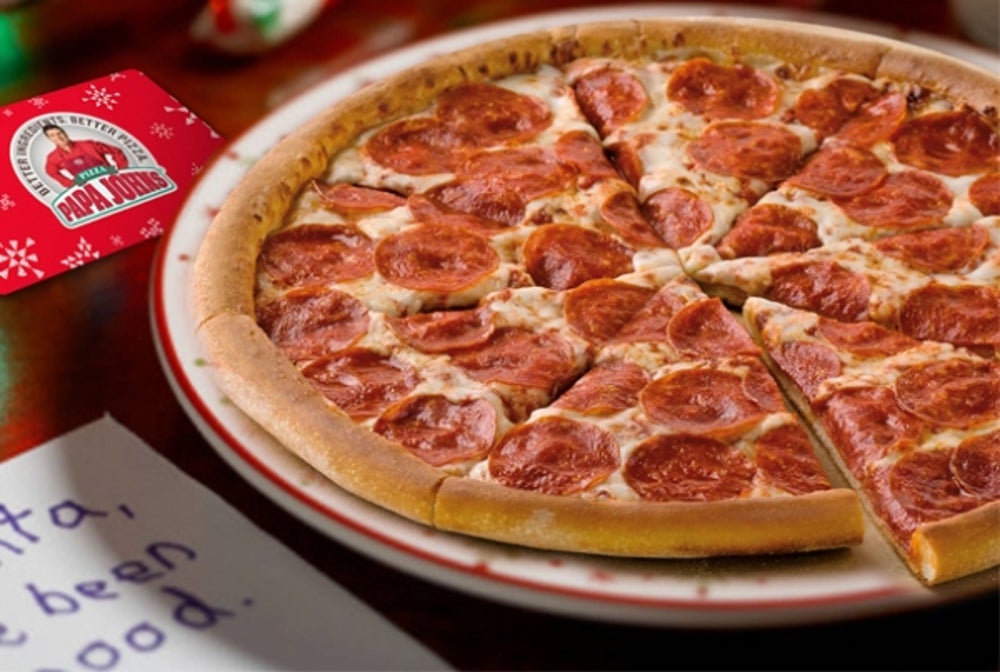 Fun fact: John Schnatter started Papa John's with $1,600 worth of used restaurant equipment and operated out of a broom closet in his father's tavern. 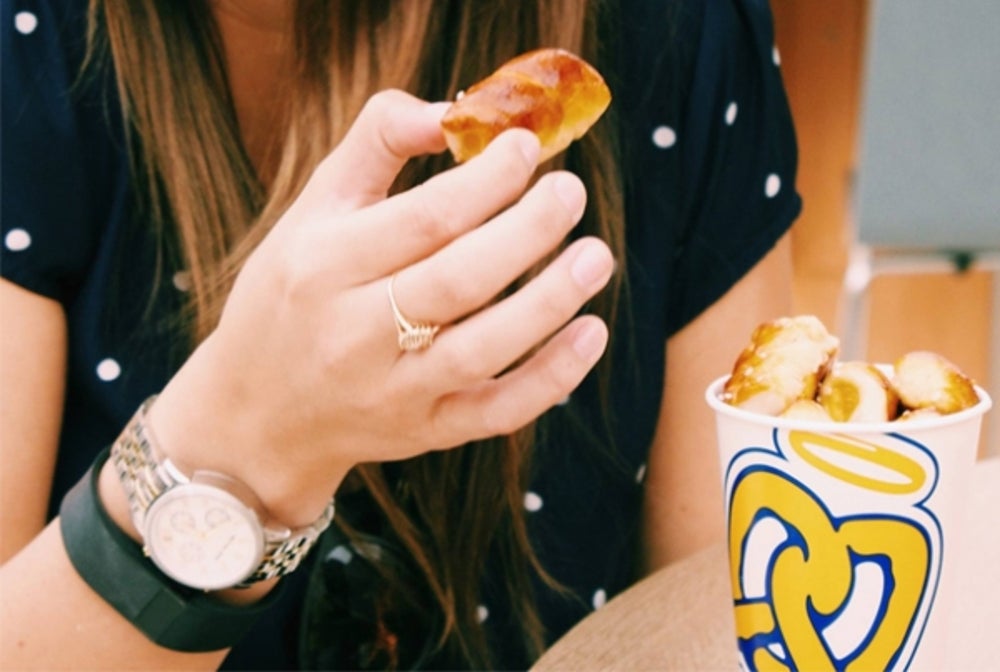 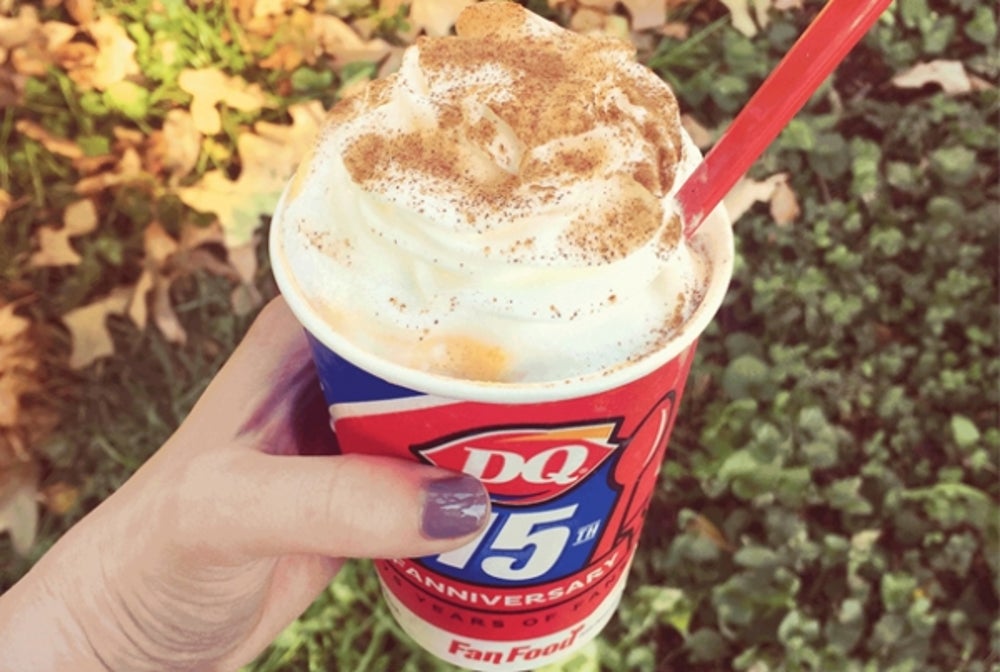 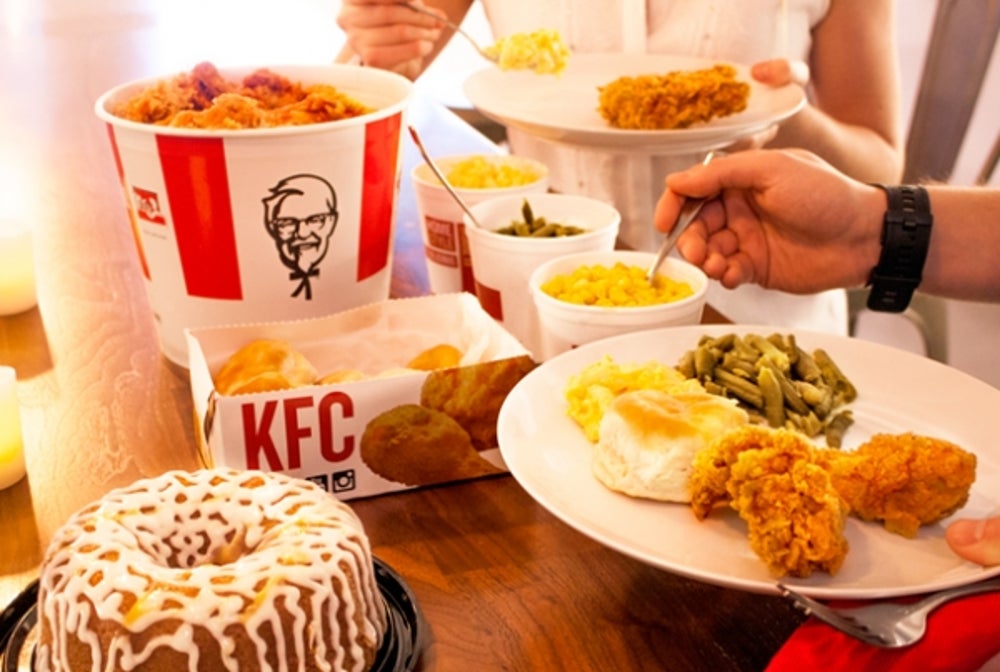 Fun fact: Colonel Sanders, the founder of KFC, never earned the rank of colonel in the military. He was a Kentucky colonel, a title of honor awarded by the state of Kentucky. 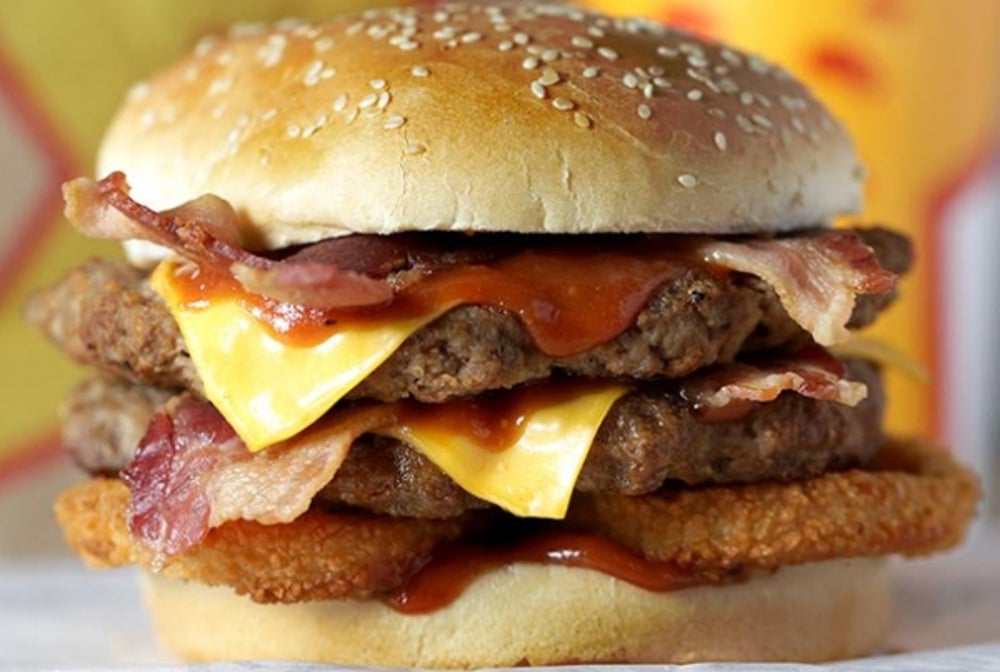 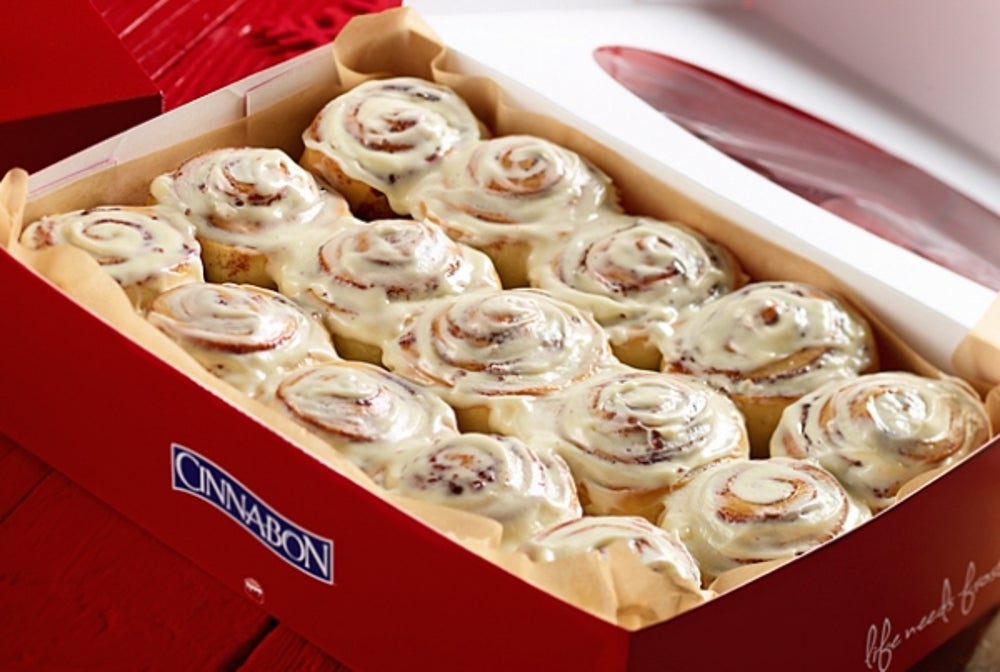 Fun fact: The cinnamon used in Cinnabon's products comes from Indonesia and is called Makara cinnamon. Pillsbury also uses this specific source for its flavor. 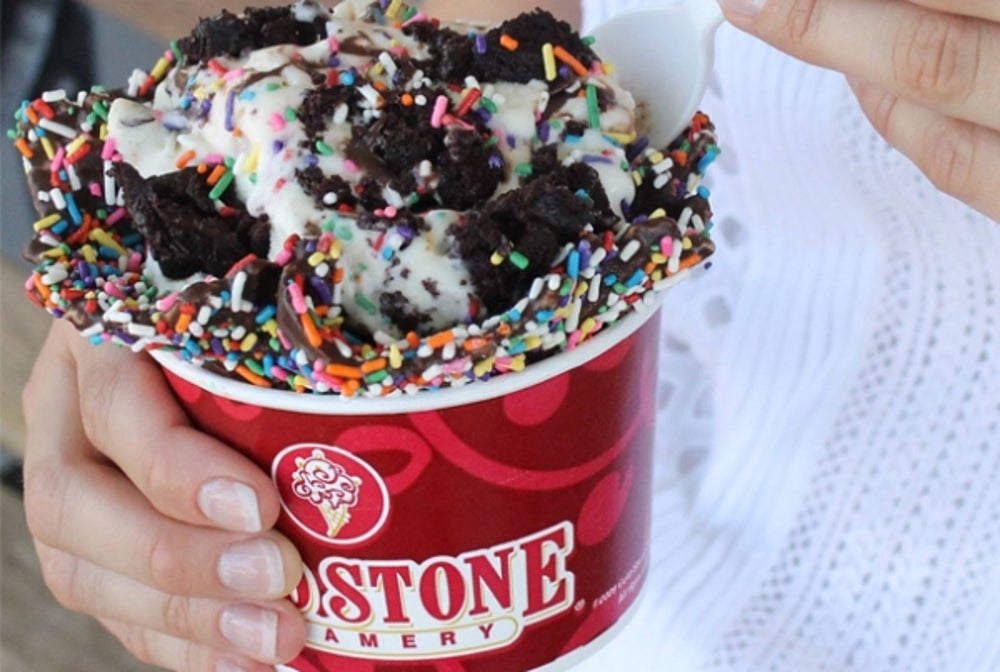 Fun fact: Customers had the option to buy chocolate-covered crickets at Cold Stone locations in 2001 due to the popularity of the CBS reality show Survivor. Those who ate the insects scored free ice cream on their next visit. 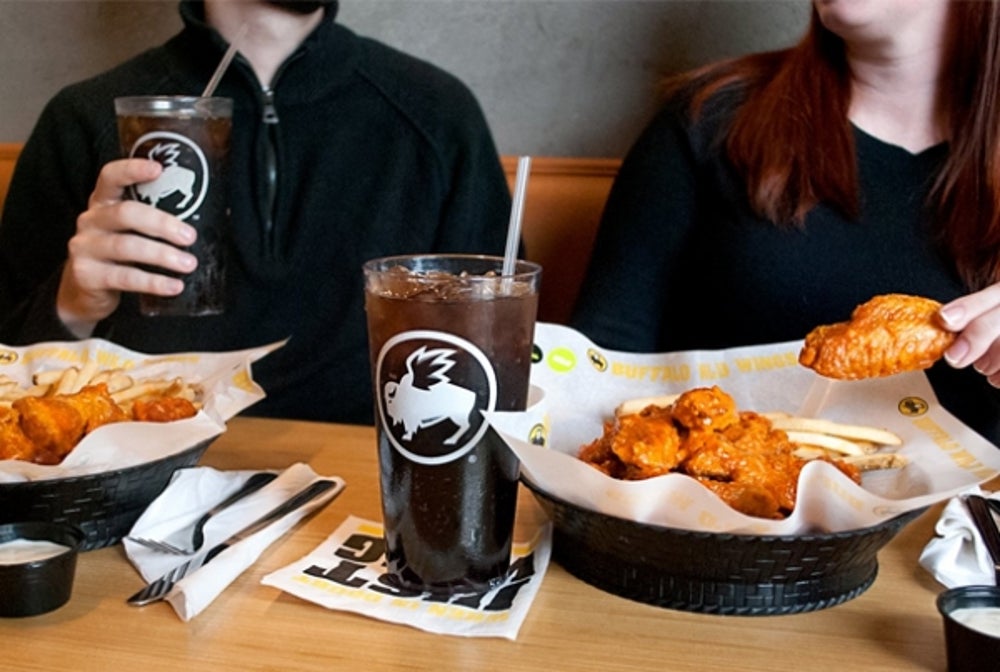 Fun fact: Jim Disbrow, a co-founder of the chain, was a professional figure skater in the 1960s and the president of the U.S. Figure Skating Association from 1998 to 2000. He got the idea for Buffalo Wild Wings when he was judging a figure skating competition in Ohio; he wanted some buffalo wings and there wasn't a restaurant in the area that served them. 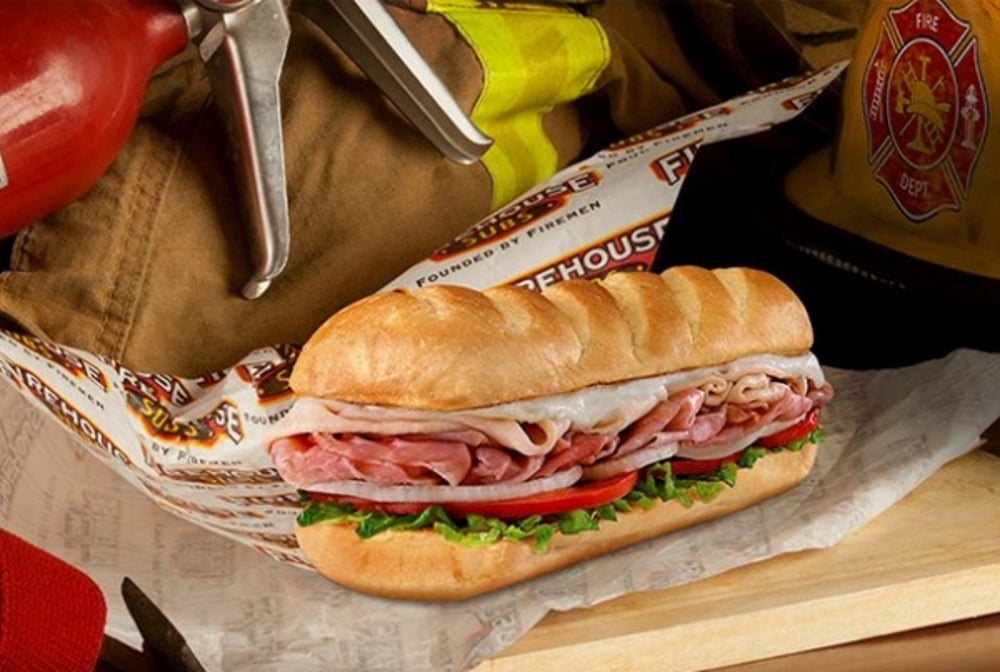 Fun fact: Brothers Robin and Chris Sorensen were firefighters before they started Firehouse Subs. Before that, they held a variety of other jobs in real estate, music and Christmas tree farming.